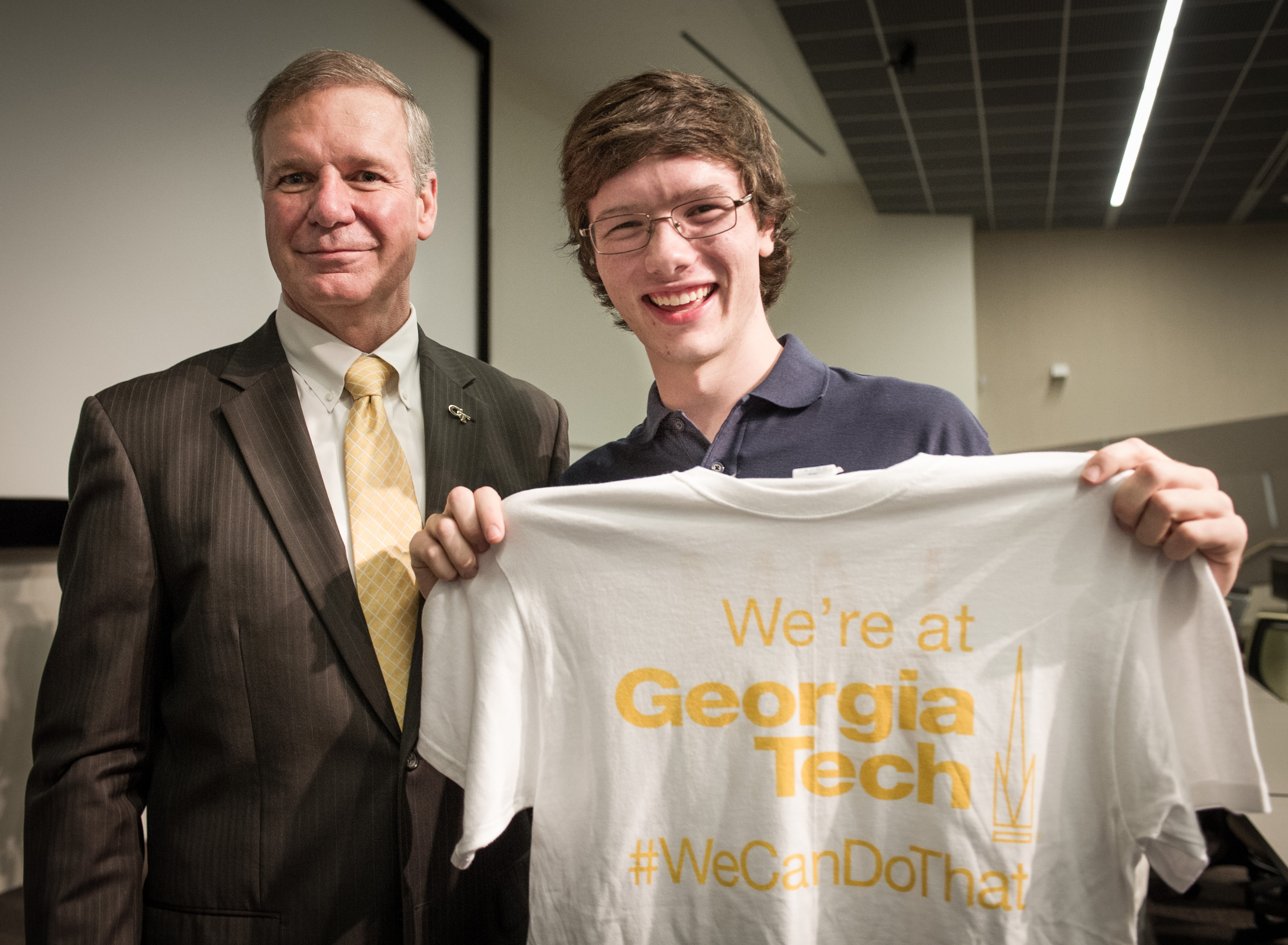 T-shirts quoting Nick Selby’s Convocation speech were given out following the address. A limited number of the shirts are for sale at Burdell’s.

“When we launched our strategic plan three years ago, we introduced an ambitious vision — we wanted ‘What does Georgia Tech think?’ to be a common question asked by those in research, business, the media, and government,” he said. “Initially, I didn’t think it fit Tech’s style, but I’ve come to realize that those five words summarize our potential impact.”

The teaching of massive open online courses (MOOCs) is one area where Tech has shown thought leadership.

“We started offering MOOCs a year ago, and so far, we’ve had more than 400,000 students enroll in 14 courses,” Peterson said.

He added that students studying on campus are also benefiting from the MOOCs. For example, many faculty members are embracing the flipped classroom model where lectures are provided online and class time is reserved for discussion and activities.

Tech also continues to become a more established innovation hub. On Aug. 27, the AT&T Foundry opened in Tech Square — which is celebrating its 10th anniversary this year. Additionally, Peterson mentioned that this year, Tech’s Advanced Technology Development Center was ranked by Forbes as one of 12 business incubators that are changing the world.

As another way to engage students and faculty in the innovation process, the Institute has launched TechStarter, the world’s first peer-reviewed, university-based, crowd funding platform for science and engineering research projects.

During the address, Peterson also touched on the following:

To read Peterson's speech in its entirety or watch footage of the address, click here.