Humanoids 2013 conference features some of the world's most sophisticated robots.

Some of the most sophisticated and advanced robots in the world have arrived on campus for the IEEE-RAS International Conference on Humanoid Robots (Humanoids 2013) at the Historic Academy of Medicine at Georgia Tech. The international event is focused on trends and technology for humanoids in the real world. The three-day conference, from October 15-17, features demonstrations, lectures and tours of Georgia Tech robot labs.

Georgia Tech Assistant Professor Mike Stilman is the general chair for the conference.

“This is a very exciting event both for the history of robotics worldwide and for education in engineering for all kids excited about new technology,” he said.

Georgia Tech’s Ronald Arkin, a Regents Professor in the College of Computing, is hosting one of the conference’s three plenary sessions. He will focus on the ethical questions surrounding the potential creation of robotic platforms with lethal autonomy during a presentation titled “How to Not Build a Terminator.”

“Given the present pace, direction and funding of humanoid technological development, it seems that the science fiction vision of a Terminator robot is becoming more of a reality,” Arkin said. “Many researchers, perhaps unknowingly or unwittingly, are providing the capabilities to achieve such a platform.”

Other plenary sessions will discuss how to transfer human skills to robots and structuring robotic thought and action through language in a new form of dialogue.

This is the first time in three years the annual event has been held in the United States, and the first-ever time in Atlanta. The week will conclude with DARPA’s Robotics Challenge (DRC) Trials Preview Meeting on Friday, October 18, which will provide further details on the DRC Trials in December.

“This is a very special year for humanoid robotics across the world,” Stilman said. “The Robotics Challenge is leading robots that function as first responders to enter dangerous situations, such as Hurricane Katrina and Japan’s Fukushima Daiichi nuclear disaster. Humanoids with human and super-human capabilities will assist in future rescue missions, saving the lives of both disaster victims and rescue workers.” 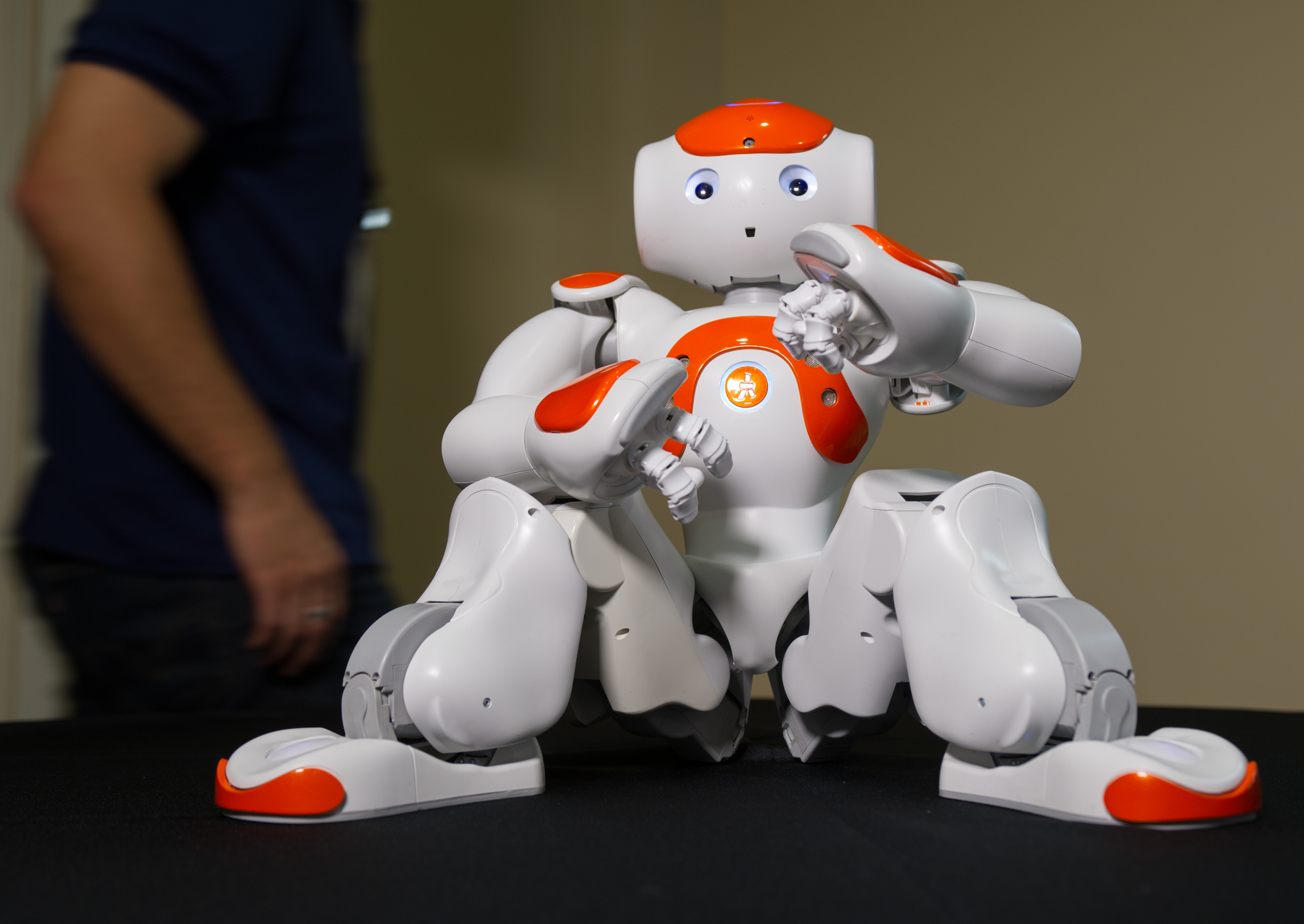 NAO is a progammable humanoid with 25 degrees of freedom. It can dance, talk and stand up on its own. It is on display at Georgia Tech during the Humanoids 2013 conference. 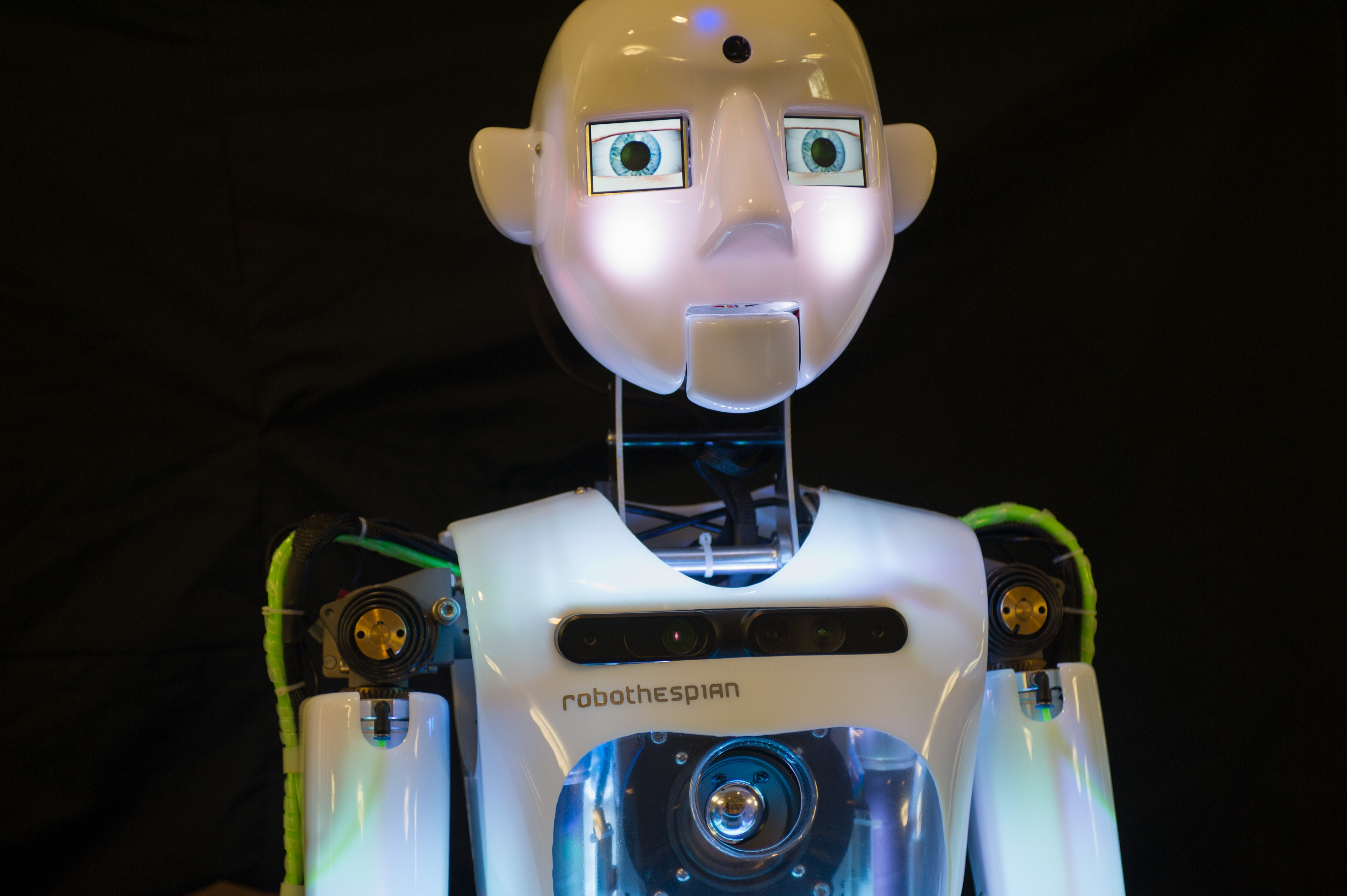 RoboThespian, a humanoid created in the United Kingdom, is designed for human interaction in a public environment. It is fully interactive and multilingual. It is one of several robots on display at Georgia Tech during the Humanoids 2013 conference. 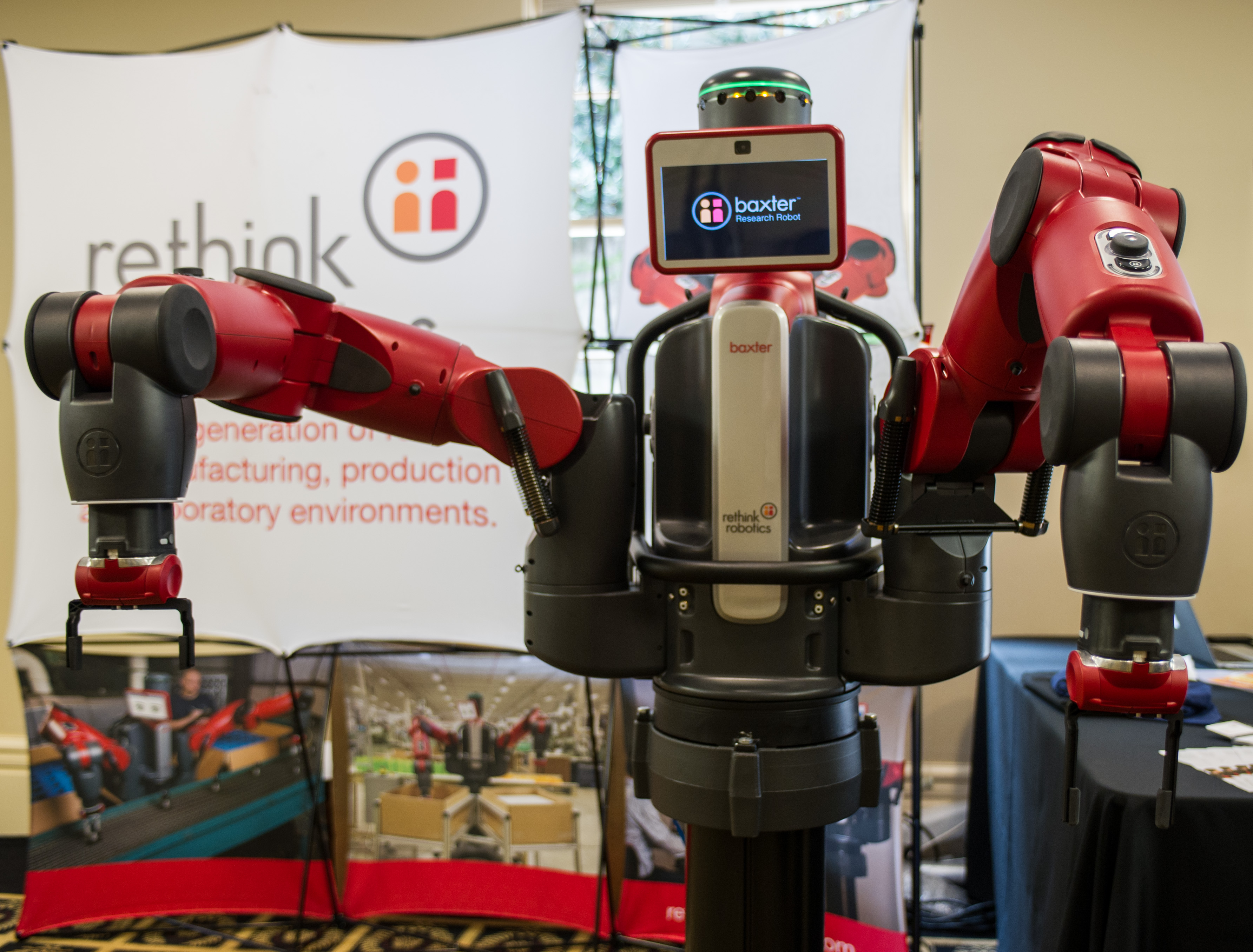 Baxter is used in manufacturing environments, where it performs a variety of repetitive production tasks safely next to people. The robot is on display at Georgia Tech during the Humanoids 2013 conference. 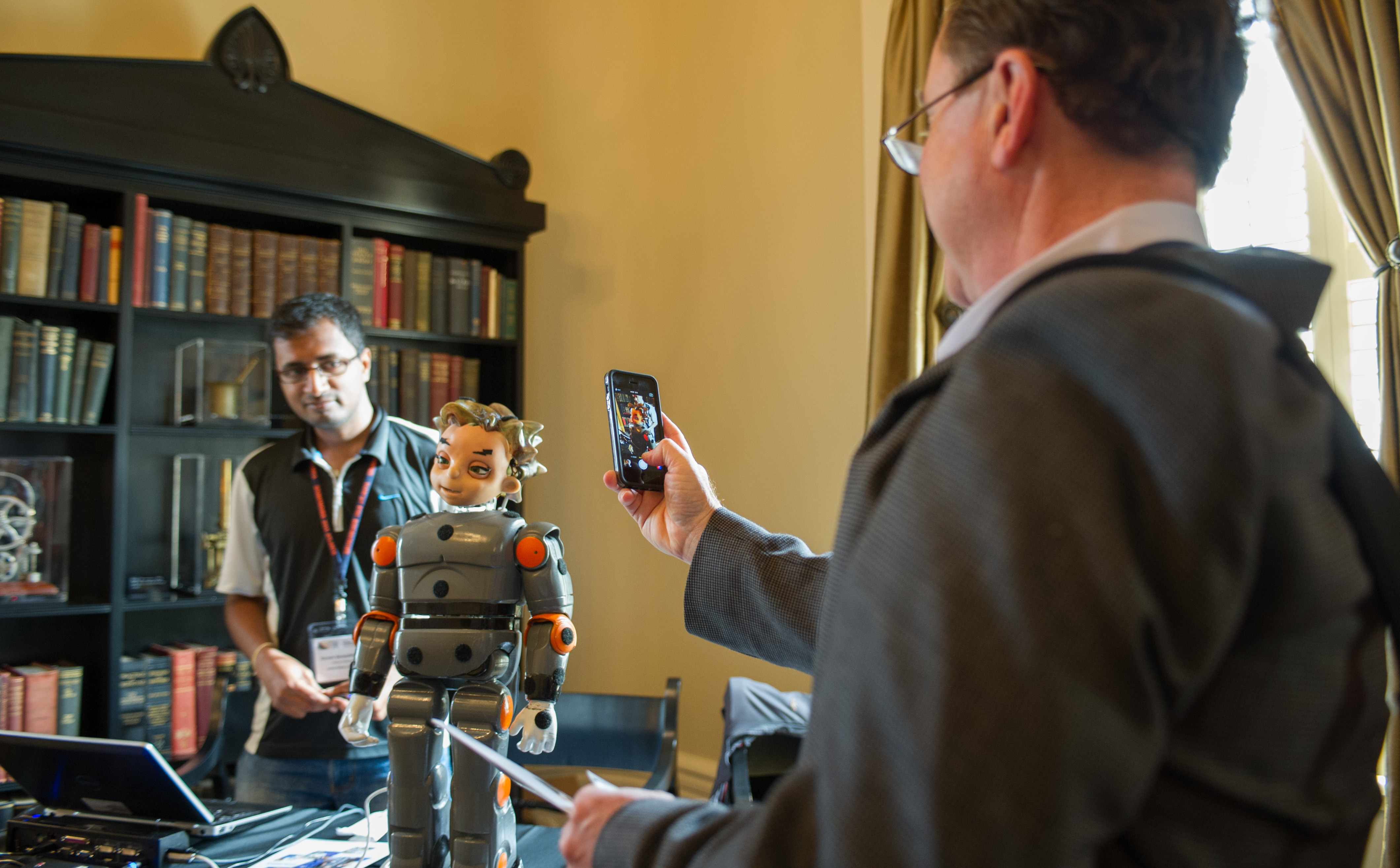 Zeno, a humanoid that treats children suffering from autism spectrum disorders, is on display at the Humanoids 2013, which is hosted at Georgia Tech. 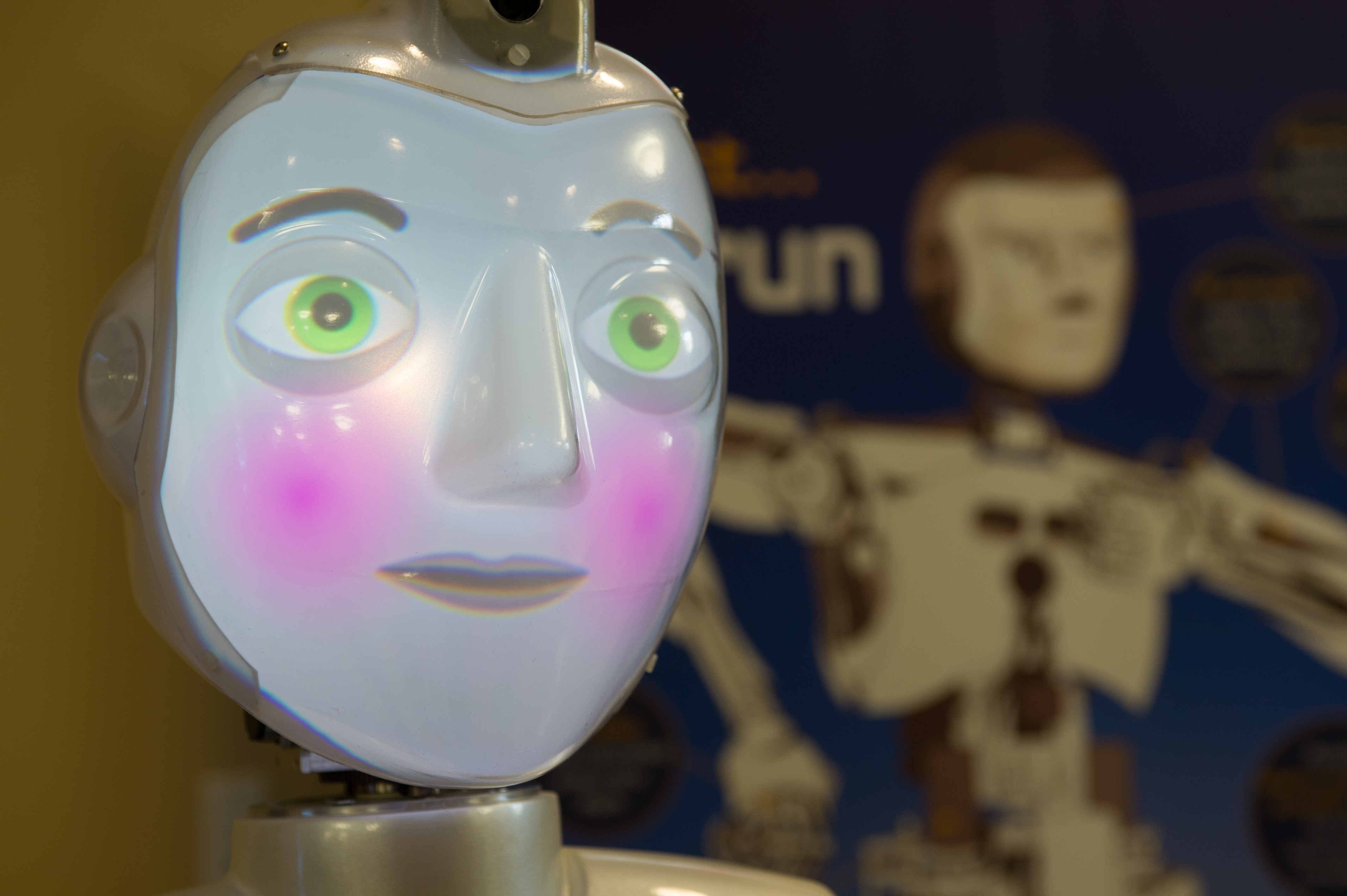 Socibot's eyes follow a person around the room and can change its expression to match a human. It can also change faces to a he, she or various characters. It is on display at Georgia Tech during the Humanoids 2013 conference. 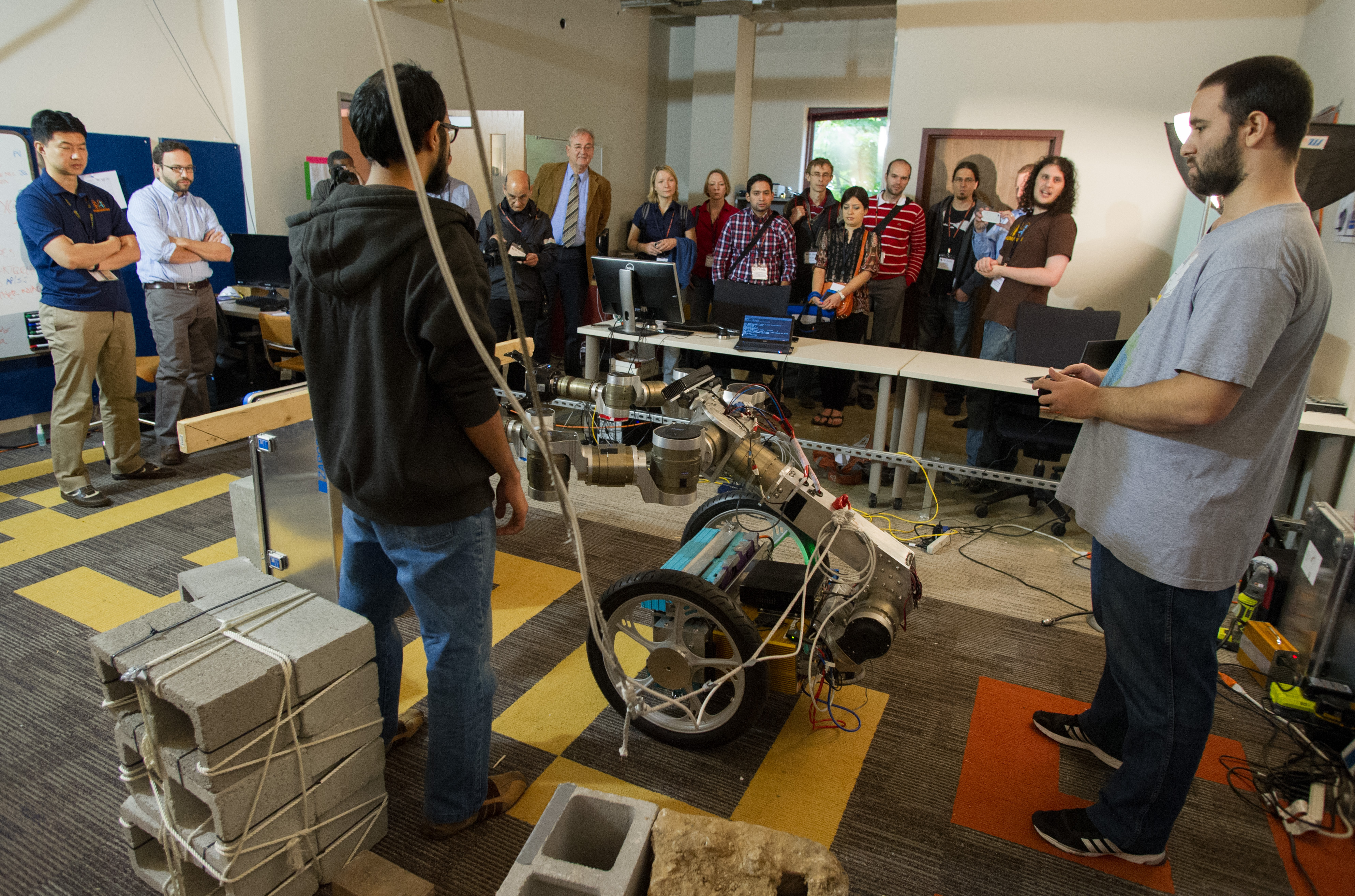 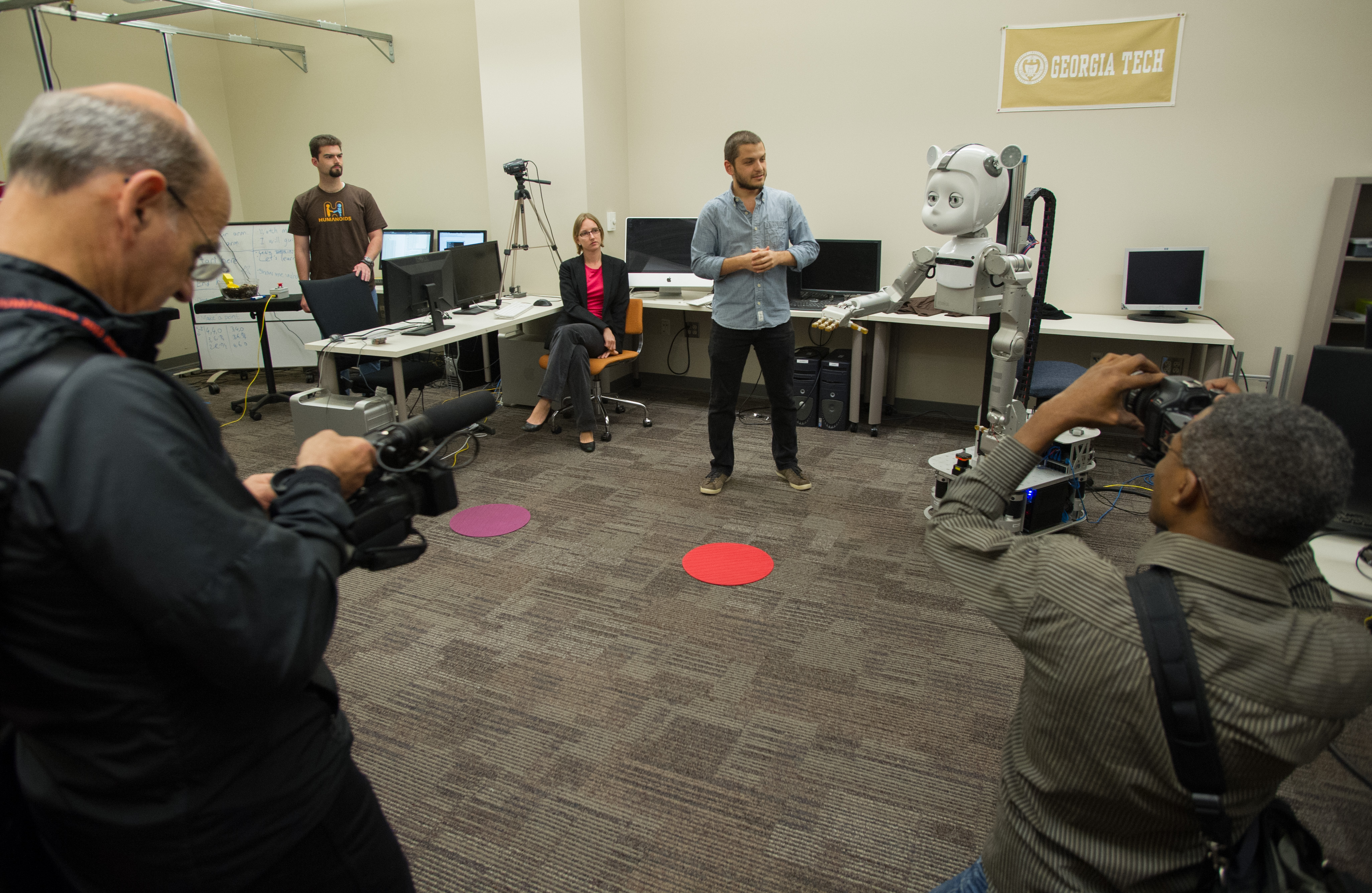 Roboticists from around the world visit Simon while touring Georgia Tech labs during the Humanoids 2013 conference. 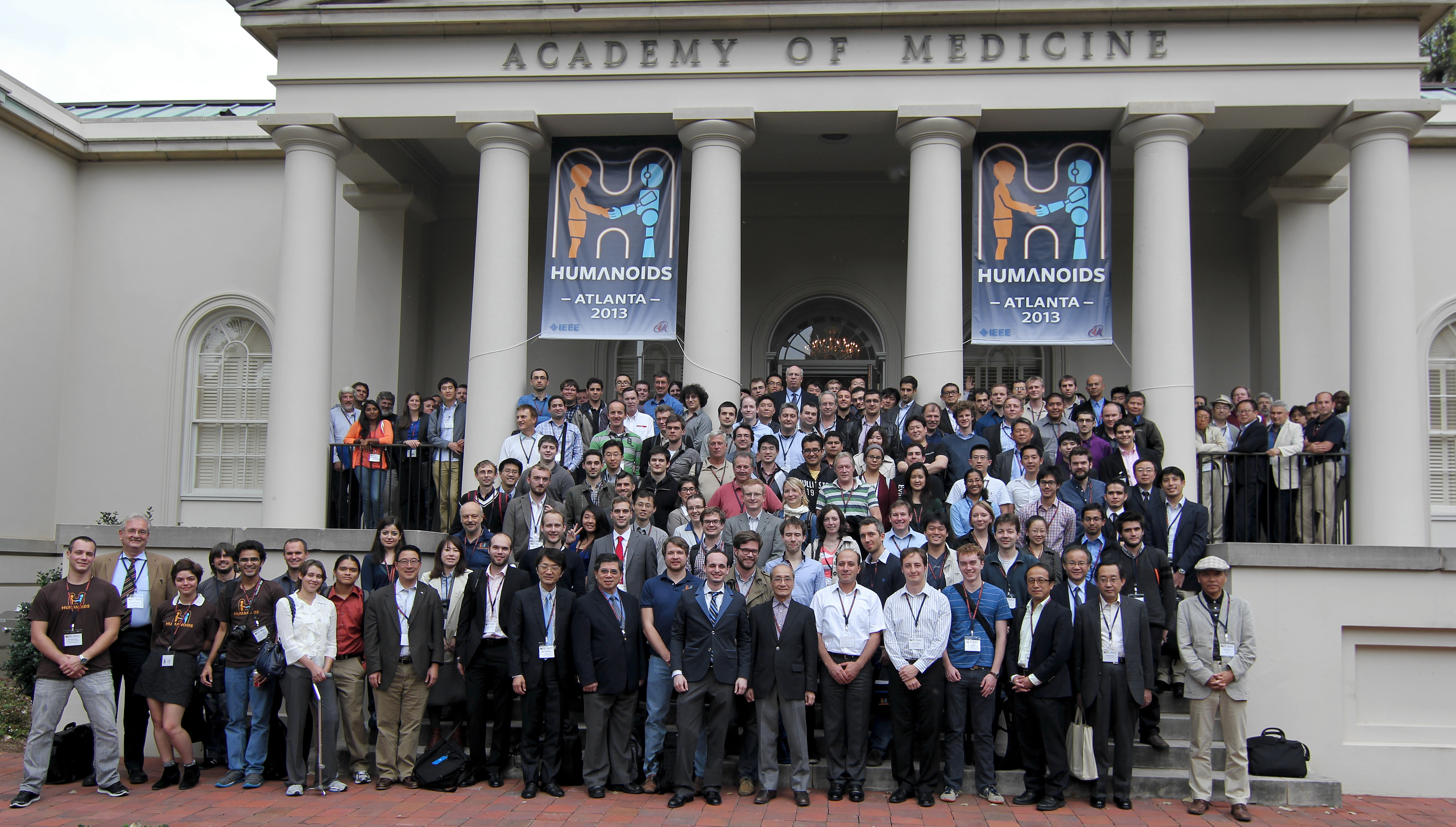 The Humanoids 2013 conference is being held in Atlanta for the first time. The annual event rotates between the United States, Asia and Europe and attacts the world's top roboticists.