A survey of emergency contraceptive pills in Peru found that 28 percent of the batches studied were either of substandard quality or falsified. Many pills released the active ingredient too slowly. 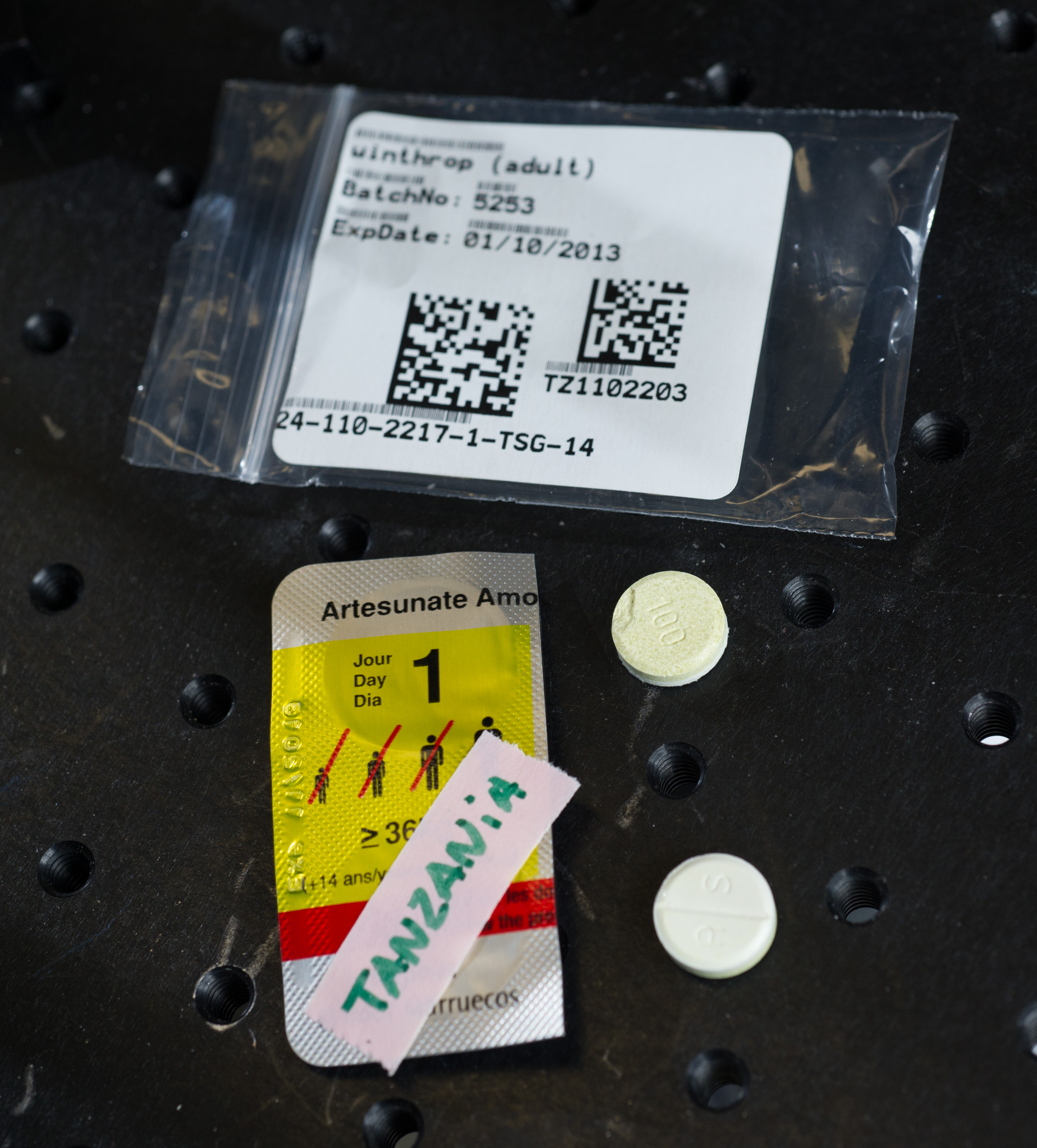 To detect the fake drugs, researchers at the Georgia Institute of Technology developed a sophisticated approach using mass spectrometry to quickly assess suspected counterfeit drugs and then characterize their chemical composition. The study’s results highlight a growing concern for women’s health in developing nations.

“A woman who does not want to get pregnant and takes these emergency contraceptives will get pregnant,” said Facundo M. Fernández, a professor in the School of Chemistry and Biochemistry, whose lab investigated the contraceptives.

The study was sponsored by the ACT Consortium through a grant from the Bill and Melinda Gates Foundation. The study was published April 18 in the journal PLOS ONE.

Drugs are considered fake or falsified when someone makes a pirate copy of copies a patented drug, with criminal intent. Recent research has found that falsified drugs are a major problem in developing countries. Falsified emergency contraceptives have been reported in Nigeria, Ghana, Kenya, Angola, South America and even the United States. Fake drug manufacturers will copy everything from the pill to the package.

Just as concerning as counterfeit medications are other poor quality medications, such as degraded or substandard drugs. Degraded drugs were once good quality, but lost their efficacy over time, for example after prolonged exposure to the sun in an open air market.

Substandard drugs are made by an approved factory, but they don’t contain the right active ingredient, contain less active ingredient than they should, or might not dissolve properly. These pills either result from factory error or negligence.

Falsified drugs are the most worrisome, because they may not contain the expected active ingredient, or they may contain the wrong ingredients, including toxic compounds.

“We detected that the active ingredient was not there in one batch, instead those samples had a drug called sulfamethoxazole,” Fernandez said. “It’s a very common antibiotic. It can cause serious adverse reactions in some patients.”

For the study, samples of emergency contraceptives were purchased at 15 pharmacies and distributors in Lima, Peru, with 60 tables purchased per sample. Tablets were collected from 25 different product batches encompassing 20 brands labeled as manufactured in nine countries (Argentina, Chile, China, Colombia, Hungary, India, Pakistan, Peru and Uruguay).

Analyzing these samples is time consuming and costly with standard tools, so Fernandez’s lab developed a method for a quick screen to identify problematic pills. The first-pass screen then allows the researchers to focus a sophisticated analysis on drugs that are suspected fakes. The drugs that pass the screen will still be closely analyzed, but after the suspected fakes.

Fernandez’s lab used a tool called ambient mass spectrometry. Scientists in the lab grasp a tablet with a pair of tweezers and swing it front of the instrument to get a real-time signature of the tablet’s chemical composition.

“Very quickly we pick out which ones are the problems,” Fernandez said.

Their analysis is a tiered-approach. First they look for the presence and identity of the active ingredient. Then they look to see if the right amount is present. Then they test if the pill properly dissolves. Many sophisticated fake pills might pass all these tests, so the scientists also look at the filler in the pills, known as the excipients, such as lactose and cellulose.

His students have processed thousands of samples and can spot many fake pills before performing the analysis.

“They touch it a bit with their nails and they try to cut into it and they know it’s like a rock, just way too hard,” Fernandez said. “The tablets are sometimes so hard that they won’t dissolve. That’s something that you pick up pretty quickly.”

Fernandez’s lab is working to make these mass spectrometry tools portable so that researchers might be able to do these analyses in the field.

“You really want to catch these fakes early, at the customs level or at the distribution center level,” Fernandez said. “You don’t want to wait for this to get to the pharmacy or for somebody to report it.”

This research is supported by the Bill and Melinda Gates Foundation. Any conclusions or opinions are those of the authors and do not necessarily represent the official views of the sponsoring agency. 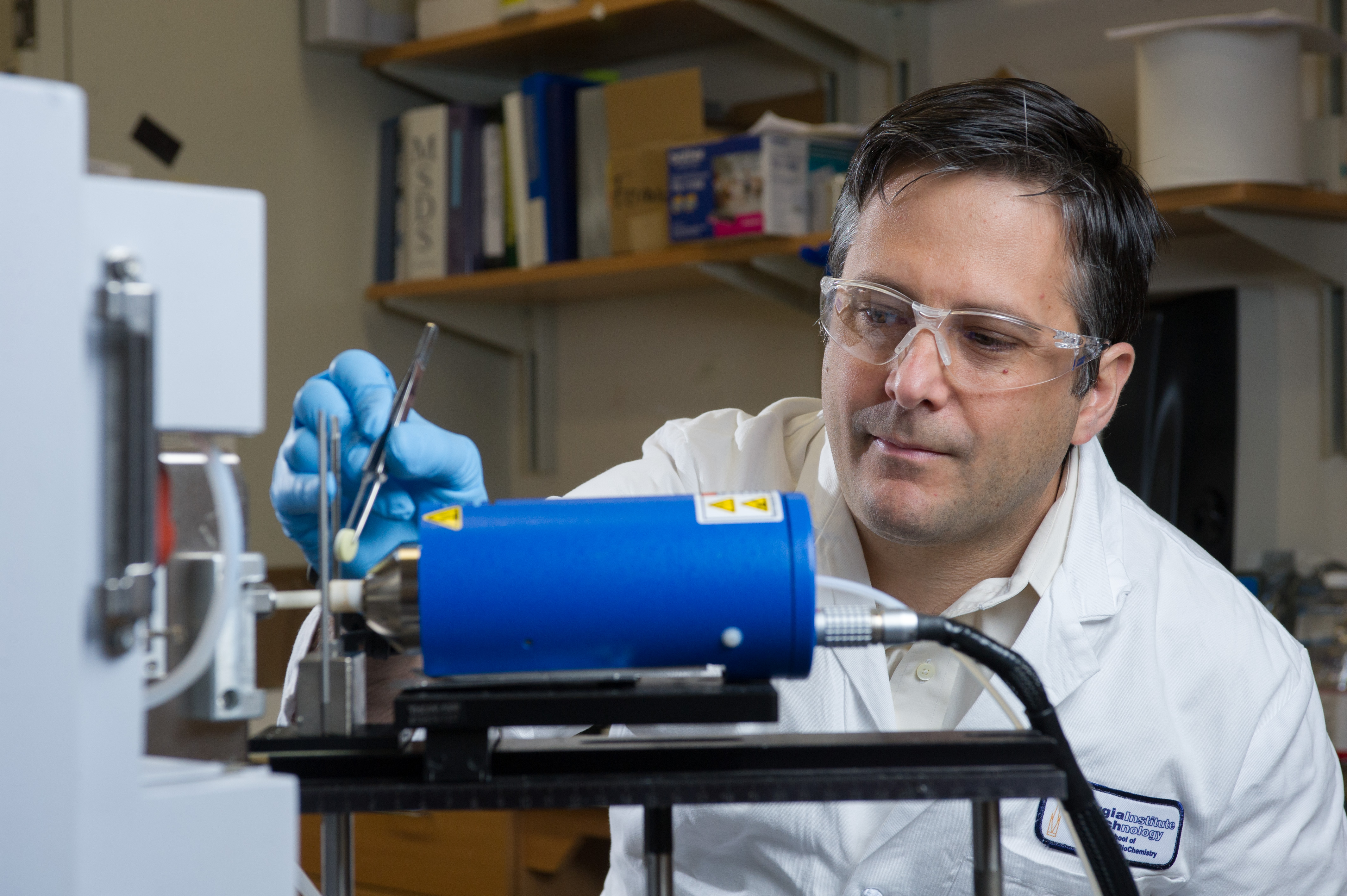 Facundo M. Fernández, a professor in the School of Chemistry and Biochemistry, examines an emergency contraceptive pill with ambient mass spectrometry.