Meetings, emails, and presentations are often filled with a seemingly endless stream of jargon that is supposed to serve as shorthand to help convey a message. Does it work? 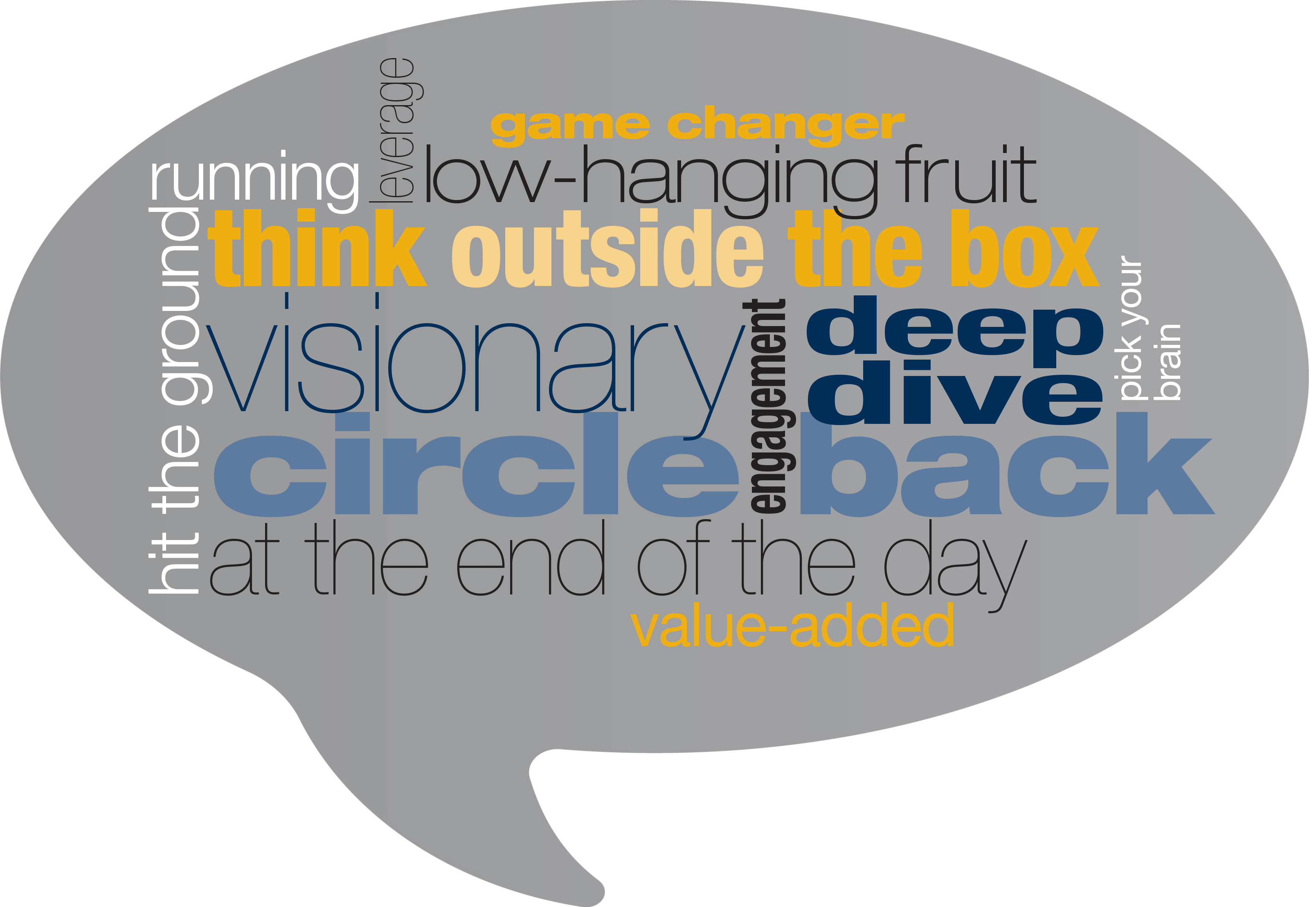 Meetings, emails, and presentations are often filled with a seemingly endless stream of jargon — such as ‘pick the low-hanging fruit’ or ‘think outside the box’ — that is supposed to serve as shorthand to help convey a message. Does it work? Does its overuse become cliché? Why do people rely on jargon to communicate?

“Ever since Robin Lakoff and Mark Johnson’s landmark 2003 study, Metaphors We Live By, there has been a broader recognition of metaphors — a figure of speech in which a word/phrase is linked to an object or action to which it is not literally connected: thinking does not ever happen in boxes,” said Richard Utz, chair of the School of Literature, Media, and Communication. “They try to help simplify and link more complex subject matter with commonly comprehensible objects, such as fruit and boxes, to enable easy communication.”

Joey Asher, adjunct lecturer in the Scheller College of Business, agrees — up to a point. “On the positive side, buzzwords create a shorthand among people who know each other well. It’s essential to have a shorthand when communicating,” he said. “The danger is making the assumption that people understand what you mean. There’s group pressure to be quiet and nod — even if you don’t understand.”

Another problem is that jargon is generational, Asher said.

“Buzzwords change over time, so younger people may not be familiar with older phrases.”

Utz noted, as well, that these expressions are sometimes regionally specific, sometimes class-, gender-, or race-specific, which can lead to misinterpretation by those unfamiliar with the buzzword or phrase.

“Another danger of misinterpretation has to do with the cultural specificity of many buzzwords and their inbuilt metaphors,” said Utz, whose background includes the study of rhetoric and linguistics. “Thus, while a German will probably get the idea of ‘thinking outside the box,’ the German will prefer using a different buzz phrase to express the same issue — über den Tellerrand schauen — which is translated as: ‘to look beyond the edge of one’s plate.’”

So, if buzzwords have the potential to be so confusing, why do people continue to use them?

“I think people use buzzwords to make themselves sound smarter,” said Asher, who also is president of Speechworks, a personal coaching business. “My gut feeling — when listening to people who use buzzwords — is that they don’t know what they are talking about. There’s a backlash to the use of buzzwords. People trust you less. People are sensitized to it. Their b.s. detectors are pretty refined.”

So, what’s the alternative?

“There really is no way for human beings to do without metaphor or buzz phrases,” he said. “They render us human beings capable of connecting what we know about our physical and social experience with subjects or issues we could otherwise not comprehend.”