Faculty selected as co-investigators for NASA mission to Europa 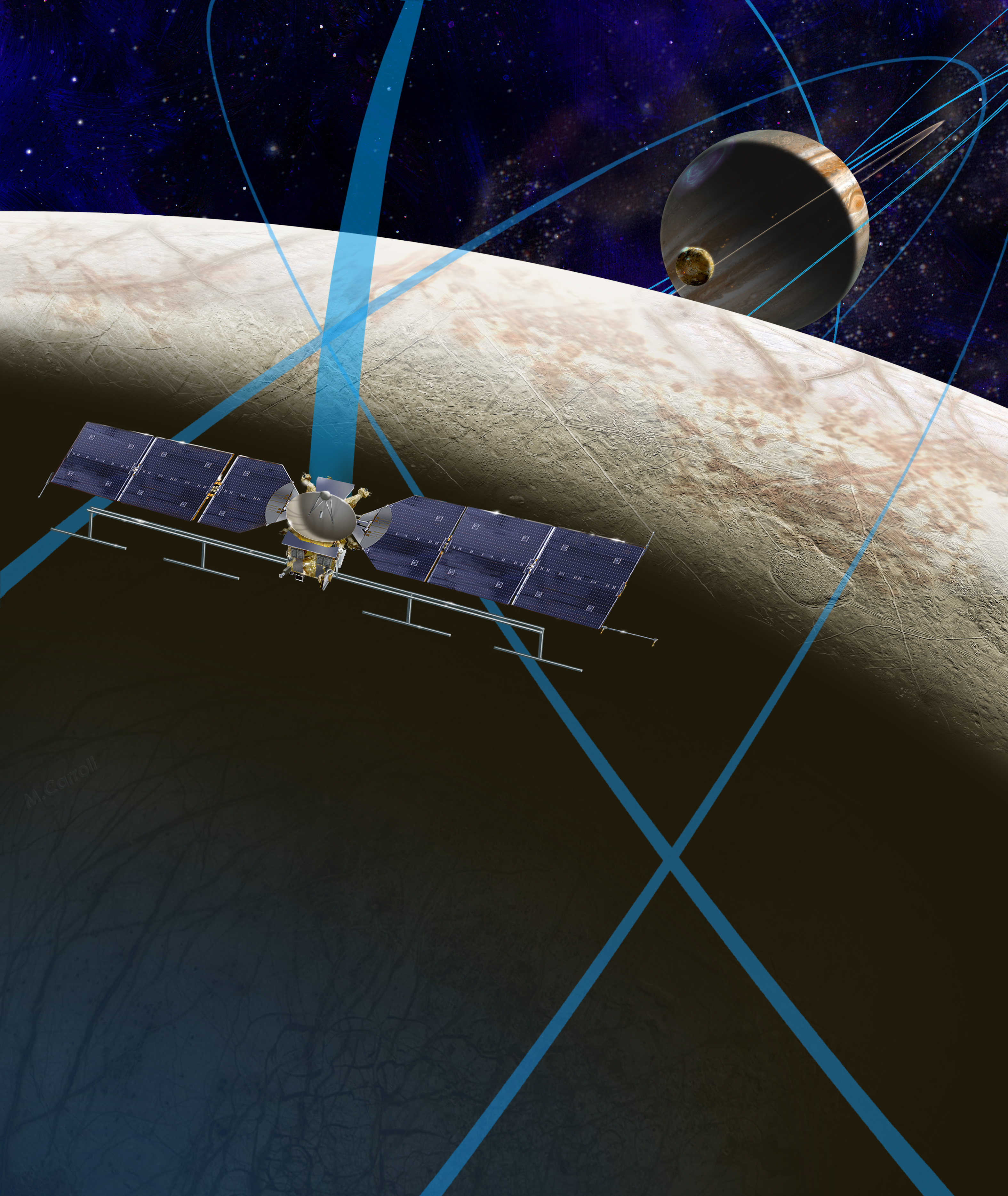 This artist's rendering shows a concept for a future NASA mission to Europa in which a spacecraft would make multiple close flybys of the icy Jovian moon, thought to contain a global subsurface ocean.Credits: NASA/JPL-Caltech

Two faculty members in Georgia Tech’s College of Sciences are now involved with a future flight to Jupiter’s moon Europa. Associate Professor Carol Paty and Assistant Professor Britney Schmidt are co-investigators for two instruments that will fly to Europa in the 2020s and study the ocean world for three years.

Europa is an ice-encrusted world known to encase a global ocean of liquid water that is heated by Jupiter’s tidal forces. On Earth, where there is liquid water and energy, there is life. As such, Europa has long been considered one of the solar system’s best-suited vistas to search for life.

Schmidt is a co-investigator for the REASON instrument - Radar for Europa Assessment and Sounding: Ocean to Near-surface, led by Donald Blankenship at the University of Texas. REASON is a dual-frequency ice-penetrating radar that will characterize and sound Europa’s icy crust from the near-surface to the ocean, revealing the hidden structure of Europa’s ice shell and potential water within.

“I got into planetary science to help answer the question of whether Europa hosts life. I’ve spent 14 years working with colleagues to send a spacecraft back to Europa, and it’s finally happening,” said Schmidt. “The highlight of the Europa mission is that it will use a suite of complementary instruments working together to figure out whether Europa is habitable or not ­– a key step along the path to finding life. It’s a great time to be an astrobiologist.”

Schmidt says that REASON is a critical part of the story, with the ability to “see” through Europa’s ice and map out its structure. It may also find locations of water pockets within, and potentially the ocean below the ice. REASON will deliver some of the most critical missing pieces of the Europan habitability puzzle: how does the ice shell work, and is there water?

Paty is on the science team for REASON and PIMS – the Plasma Instrument for Magnetic Sounding, led by Joseph Westlake of the Johns Hopkins Applied Physics Laboratory. PIMS, in combination with the magnetometer, will study Europa’s ocean depth, salinity and the thickness of the moon’s surface.

“I am beyond thrilled to be a part of these fantastic instrument teams and to have the opportunity to explore Europa,” said Paty, whose research has focused on the icy moons of Jupiter and Saturn for more than a decade. “The PIMS and REASON instruments will greatly enhance our understanding of this icy world by enabling us to probe its surrounding environment and subsurface structures.”

The PIMS will measure the plasma environment at Europa in order to quantify the magnetic field generated by plasma-driven current systems surrounding the icy moon. In this way, Paty says the science team can refine its understanding of the currents and fields generated by the subsurface ocean and more accurately characterize its size, depth and salinity.

REASON and PIMS are two of the nine instruments NASA recently selected for the mission.

Paty and Schmidt are faculty of the School of Earth and Atmospheric Sciences, and members of Georgia Tech’s Center for Space Technology and Research (C-STAR). C-STAR organizes, integrates and facilitates the Institute’s space science and technology research activities, bringing together a wide range of Georgia Tech faculty who are active in space-related research and functioning as a focal point for the growth of the space industry in the state of Georgia. C-STAR personnel are advancing the frontiers of astrophysics, Earth science, planetary science, robotics, space policy, space technology and space systems engineering.

“With science investigators on multiple deep space missions and a small spacecraft development pipeline that is turning out flight hardware, Georgia Tech’s spaceflight capability is certainly on the rise,” said Robert Braun, C-STAR director. “Having Georgia Tech faculty involved in this mission is fantastic news for the campus, the state and the nation, capitalizing on the integrated science and engineering competency that characterizes much of our research.”