From InVenture Prize to the National Maker Faire 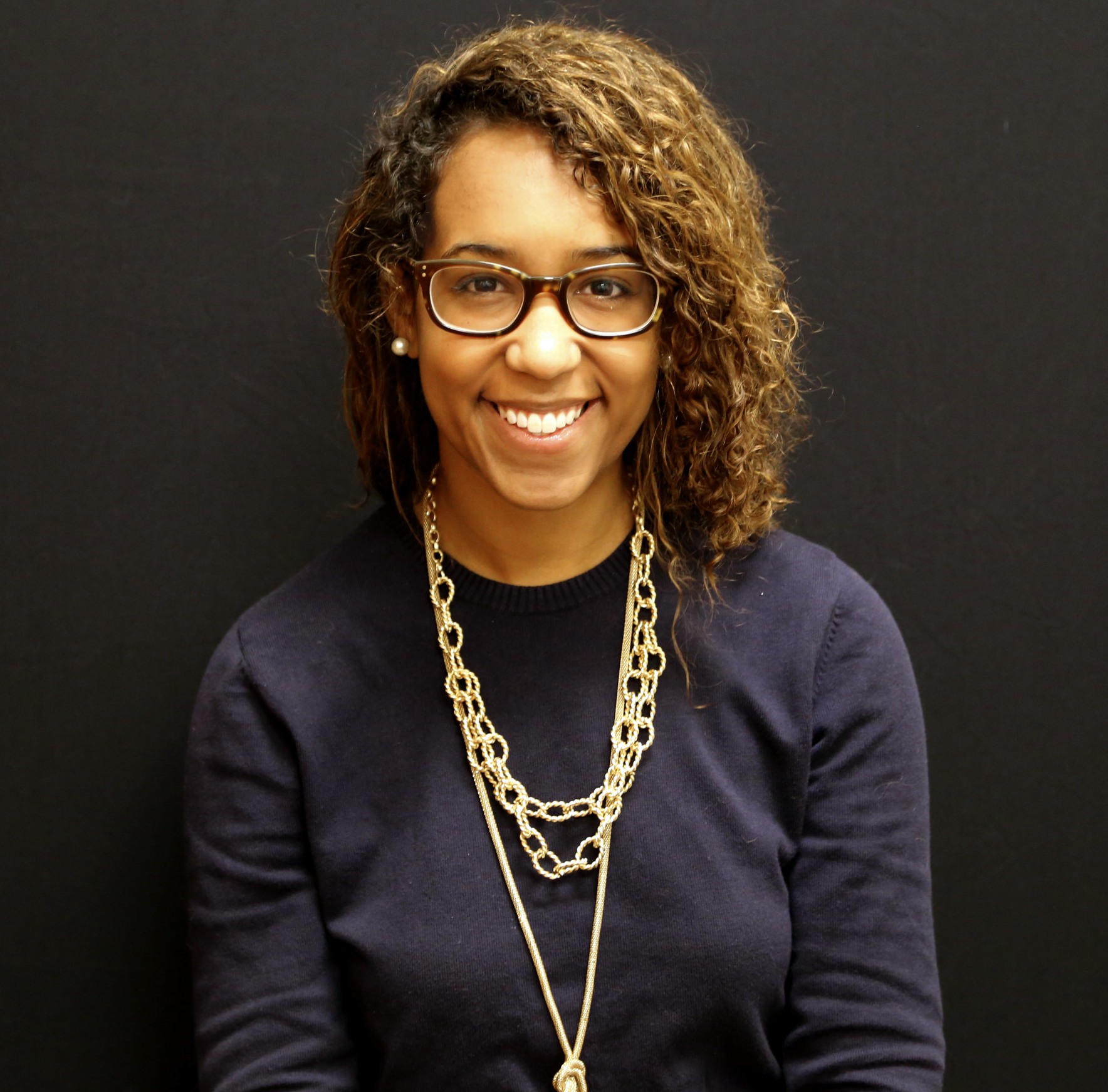 Jasmine Burton planned on becoming a social entrepreneur one day. She thought it would happen later in life, after she worked several jobs and maybe earned a master’s degree.

Instead, as an undergraduate at Georgia Tech, Burton launched a startup that could provide access to improved sanitation for billions of people around the world.

On Saturday she represents Georgia Tech in Washington, D.C., by speaking at the National Maker Faire, which kicks off today and features inventors and tech enthusiasts from across the country. The event is part of the White House’s “Week of Making,” running though Thursday,

“Being an entrepreneur is tiring and it’s been a lot of work, but everything at Georgia Tech is hard,” she said. “That doesn’t make it impossible. Here I’ve learned how to make everything possible.”

This is just the latest honor for Burton, who graduated in December with a degree in industrial design.

She was part of the team that won the 2014 InVenture Prize, an annual Georgia Tech contest that rewards students with cash prizes and free patents for big ideas that solve the world’s problems. The all-female team invented SafiChoo, an inexpensive mobile toilet, and conducted field tests on the device last summer in a refugee village in Kenya.

“InVenture was the turning point for me,” she said. “I realized then that my goal as a humanitarian-focused entrepreneur is possible and that the time to do it is now.”

While the original team members moved on to other endeavors, Burton continued working on the device this fall and in November launched a social organization called Wish for WASH, which stands for water, sanitation and hygiene. The group seeks to bring innovation to the world of sanitation with SafiChoo serving as the company’s first product.

About a dozen undergraduate students help Wish for WASH in different capacities, providing interdisciplinary expertise with backgrounds in business, policy, biomedical engineering and civil engineering. This past fall, the company sponsored a Capstone team of biomedical and mechanical engineers who made the SafiChoo bidet more efficient.

She moves to Zambia July 1 to begin a one-year fellowship with Global Health Corps. Burton will continue to work with Wish for WASH and hopefully conduct another round of field tests on the latest iteration of SafiChoo.

“When I realized this is what I wanted to do, I asked for help and the Georgia Tech community opened all these doors for me,” Burton said. “There is a growing spirit of entrepreneurship at Georgia Tech, and people are starting to realize there are a lot of incredible people in the Georgia Tech family.” 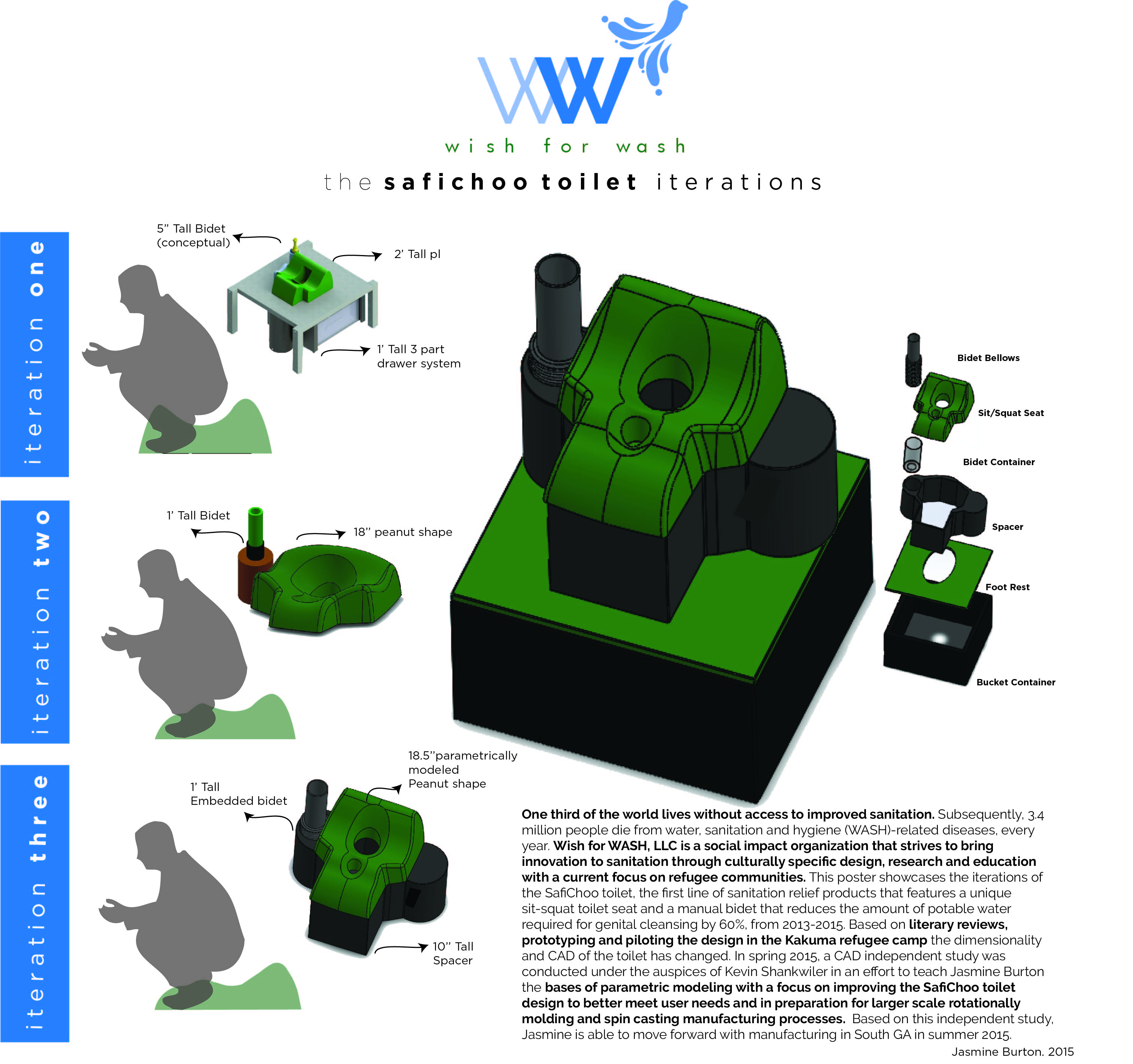 The SafiChoo toilet is the first item in what will be a line of sanitation relief products from Wish for WASH, a social impact organization bringing innovation to sanitation. Jasmine Burton, a 2015 graduate from the School of Industrial Design, is the founder and president. 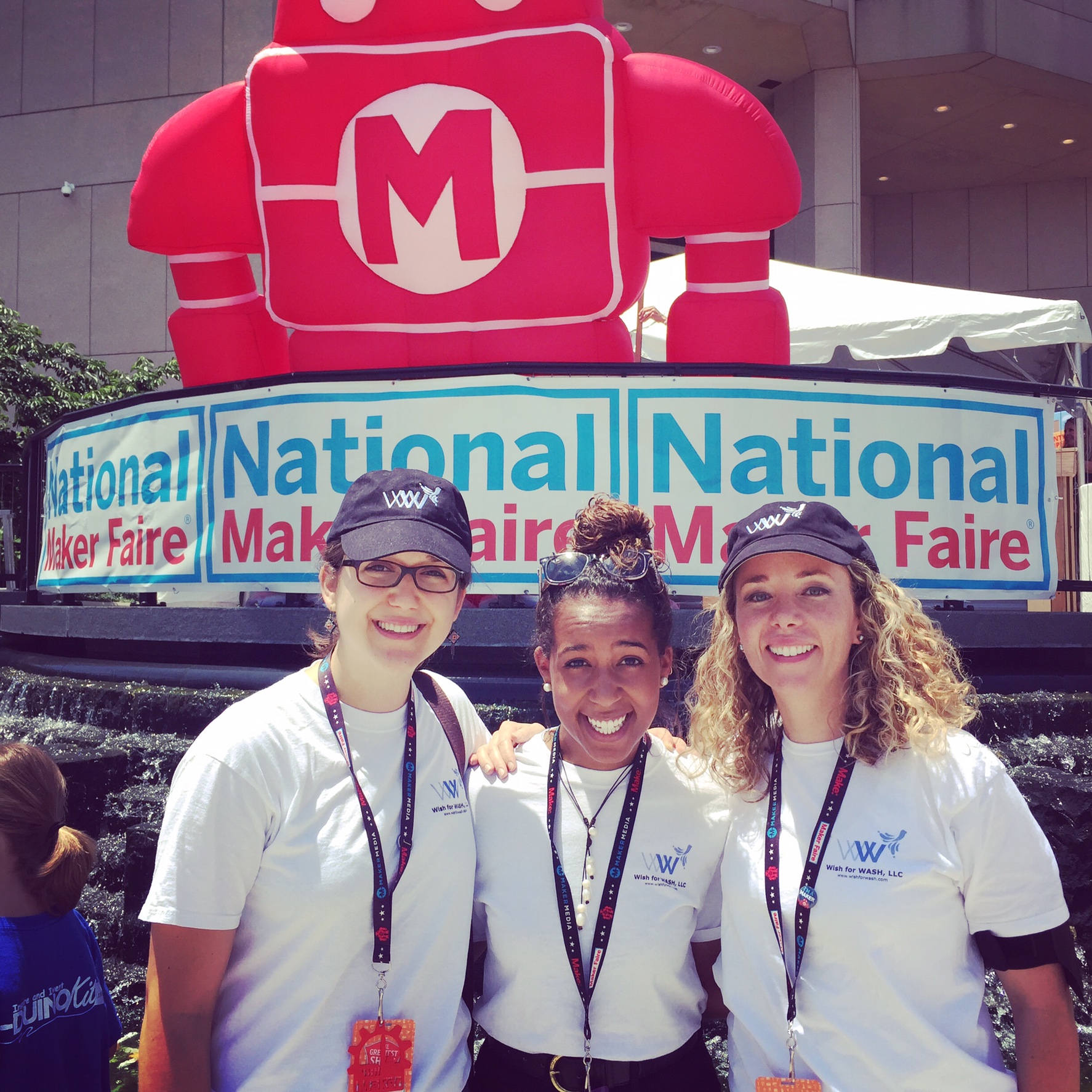 Wish for WASH, a startup formed by social entrepreneurs from Georgia Tech, participated in the 2015 National Maker Faire held in Washington, D.C.  The humanitarian organization seeks to solve the global problems caused by lack of access to water, sanitation and hygiene. Team members (from left to right) are: Katie Isaf, Jasmine Burton and Alex Dorman. 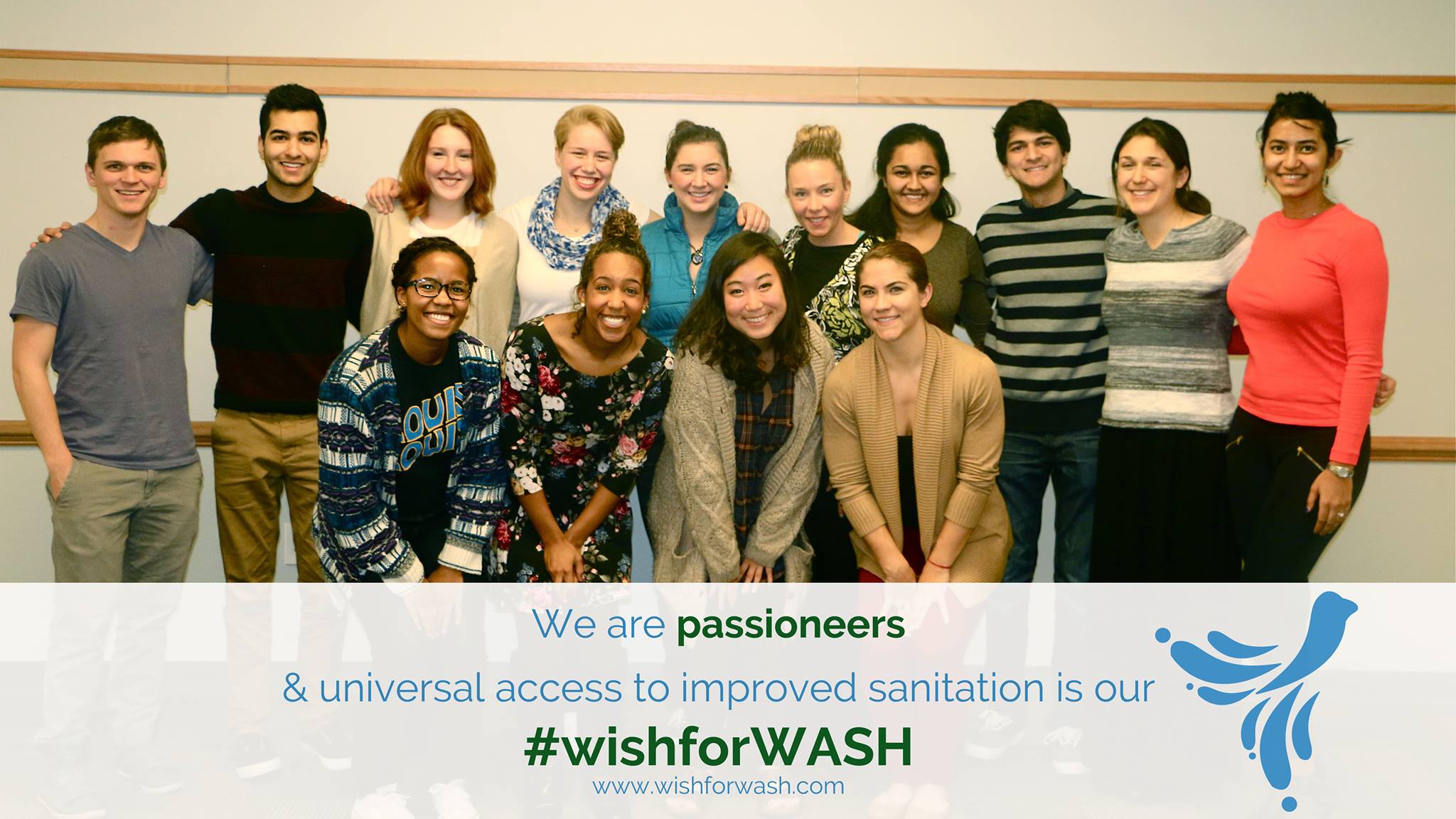 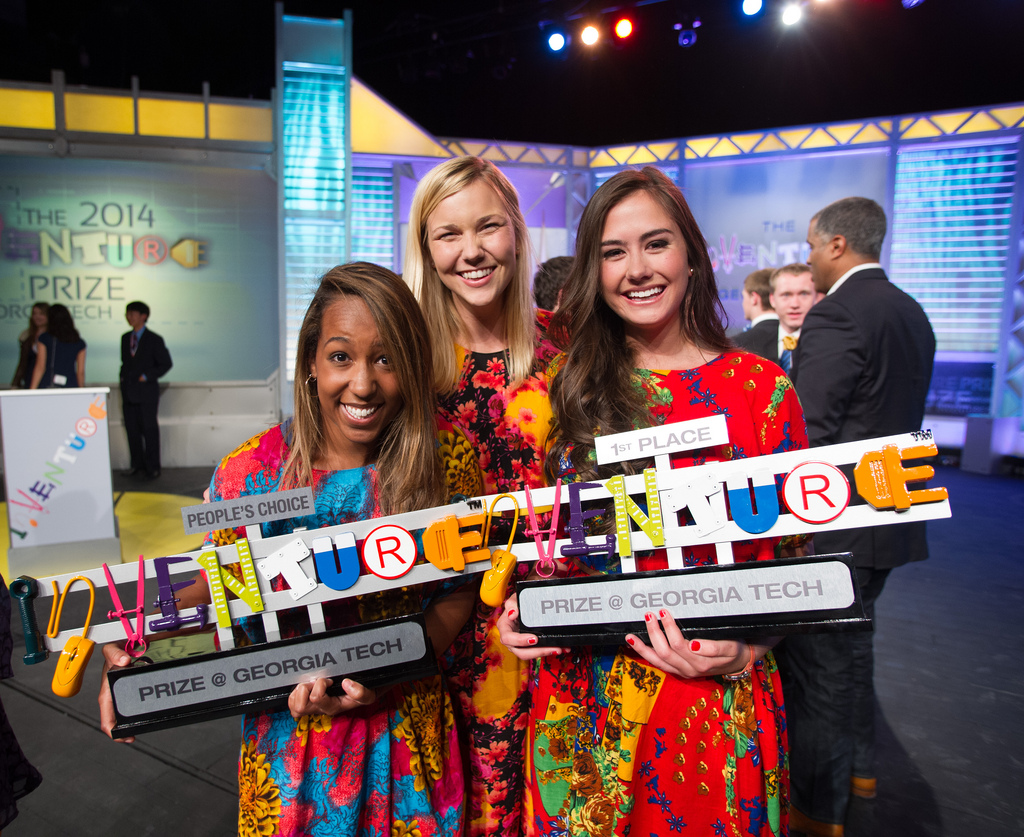 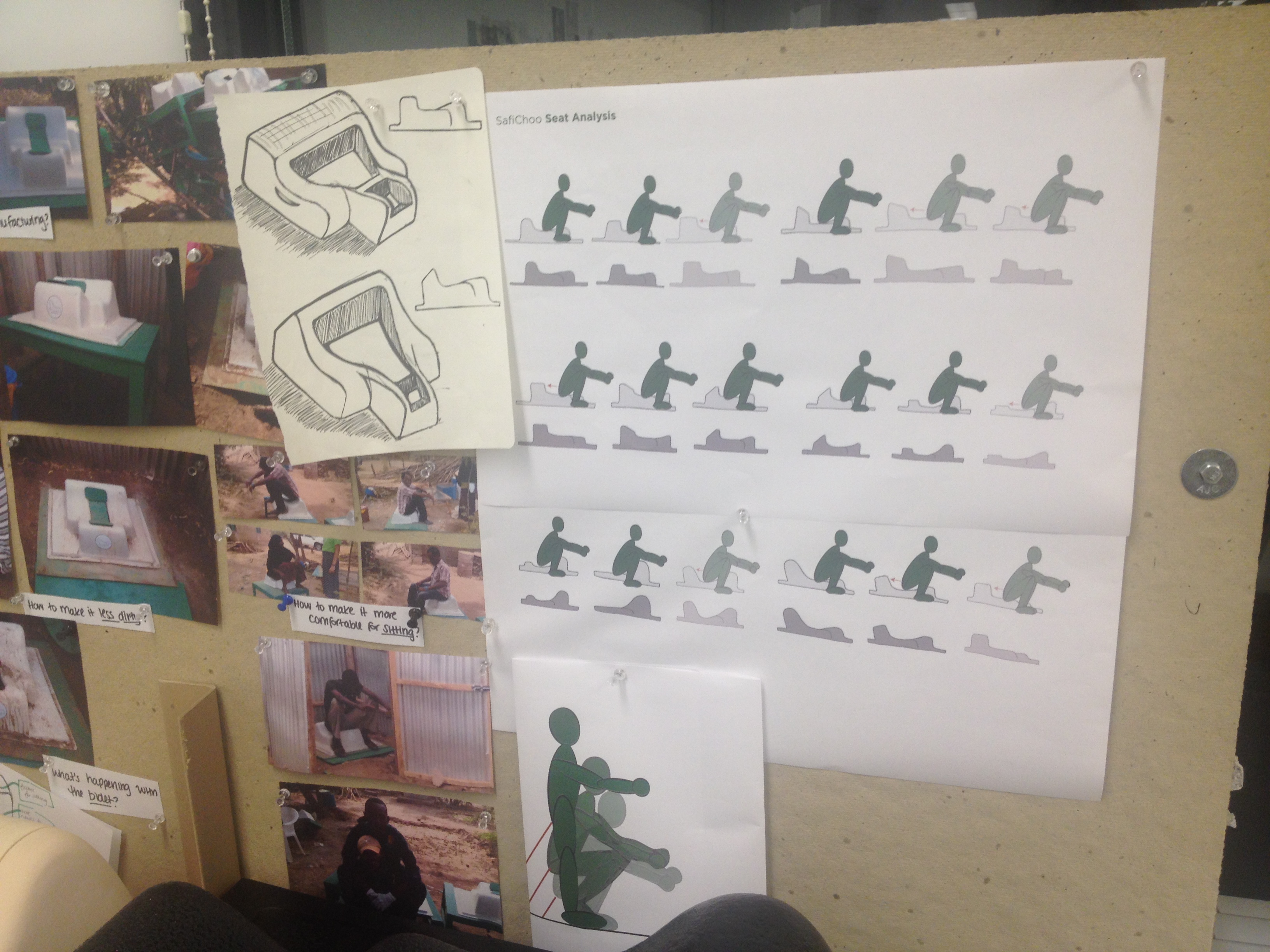 SafiChoo is an inexpensive mobile toilet invented by a team of Georgia Tech students. The device won the 2014 InVenture Prize,  an annual Georgia Tech contest that rewards students with cash prizes and free patents for big ideas that solve the world’s problems. The device has undergone design changes following field tests conducted in a refugee village in Kenya during the summer of 2014.