Can Heat Be Controlled as Waves?

A growing interest in thermoelectric materials and pressure to improve cooling of microelectronic devices has produced new research on heat transfer. 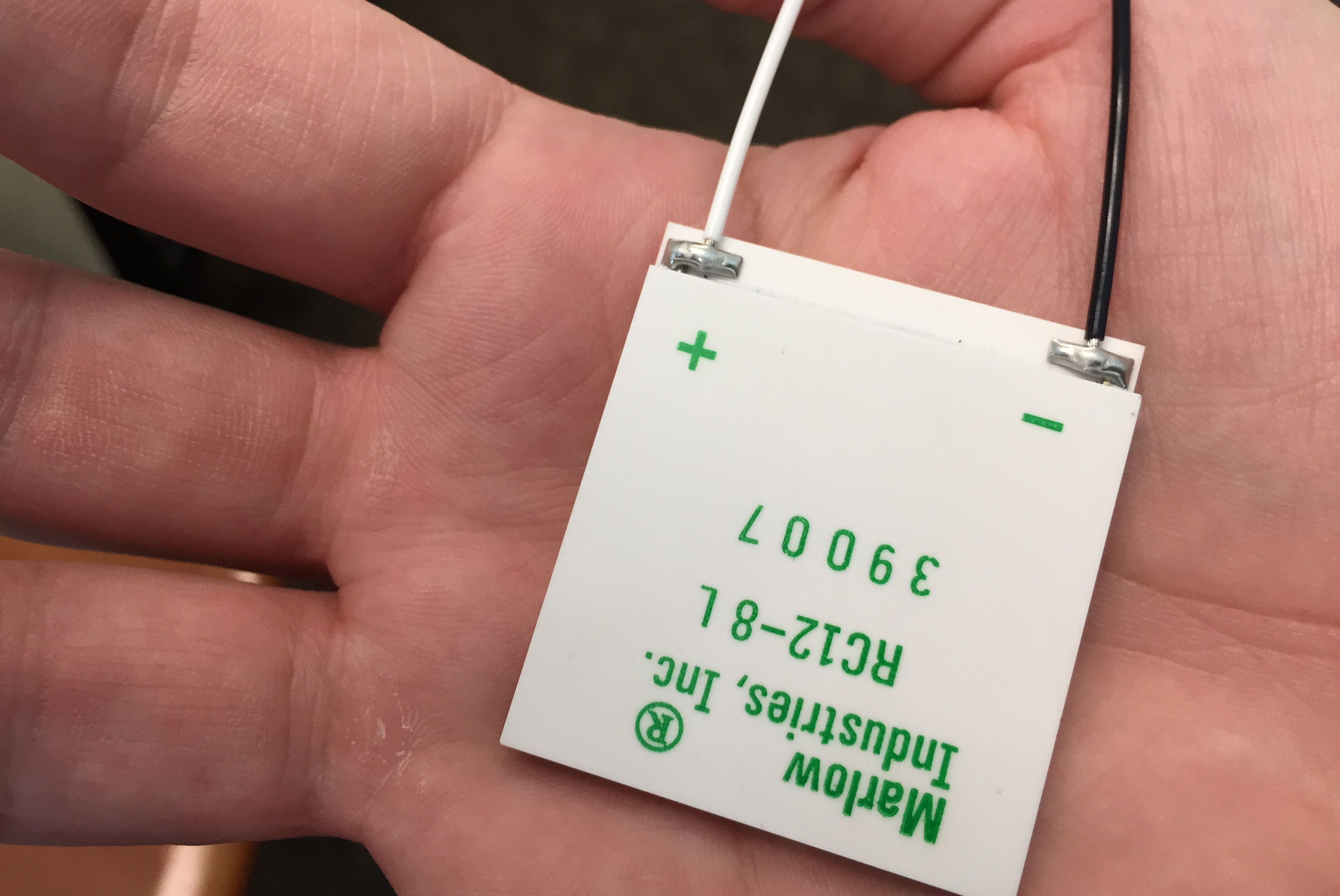 Georgia Tech assistant professor Martin Maldovan holds a small thermoelectric device that turns cold on one side when current is applied. Recent research has focused on the possibility of using interference effects in phonon waves to control heat transport in materials. (Credit: John Toon, Georgia Tech)

A growing interest in thermoelectric materials – which convert waste heat to electricity – and pressure to improve heat transfer from increasingly powerful microelectronic devices have led to improved theoretical and experimental understanding of how heat is transported through nanometer-scale materials.

Recent research has focused on the possibility of using interference effects in phonon waves to control heat transport in materials. Wave interference is already used to control electronic, photonic and acoustic devices. If a similar approach can be used in thermal transport, that could facilitate development of more efficient thermoelectric and nanoelectronic devices, improved thermal barrier coatings, and new materials with ultralow thermal conductivity.

“If you can make heat behave as a wave and have interference while controlling how far it moves, you could basically control all the properties behind heat transport,” said Martin Maldovan, an assistant professor in the School of Chemical and Biomolecular Engineering and School of Physics at the Georgia Institute of Technology, and the paper’s author. “This would be a completely new way to understand and manipulate heat.”

In the classic definition, heat consists of vibrations in the atomic lattices of materials. The more vibrations in a material’s structure, the hotter the material. And in the same way that white light is actually composed of many different colors of light, these thermal phonons are made up of many different frequencies – each carrying varying amounts of heat.

Recent developments have shown that thermal phonons can interfere with their own reflections. The observation suggests that thermal phonons must exist as waves similar to electronic, photonic or acoustic waves. This interference could potentially be used to modify the velocity of phonons and the density of states, creating energy bandgaps that are forbidden for phonon waves. Utilization of similar bandgaps in optical and electronic materials has been key to developing a wide range of useful devices.

Until now, heat transport in nanostructured materials has largely been controlled by introduction of atomic-scale impurities, interfaces, surfaces and nanoparticles that reduce heat flow by scattering the phonons diffusely. Controlling wave effects could facilitate new approaches involving the specular reflection and transmission of thermal vibrations at interfaces.

“Considering the remarkable success achieved when using electronic, photonic and phononic wave interference to manipulate electrons, light and sound waves, it is certainly valuable to extend these theories to thermal vibrations, thereby creating a fundamentally new approach for manipulating heat flow,” Maldovan wrote in the paper.

Thermoelectric materials capture waste heat from sources such as automobile exhausts or industrial processes to produce electricity. Improving these materials will require further reducing thermal conductivity to improve their efficiency.

On the other hand, microelectronics designers want to increase thermal conductivity to transfer heat away from powerful and tiny devices. Developers of fuel cells and other conversion devices also need to improve the control of heat.

Maldovan wrote the article to clarify issues involved in thermal transport, and to interest others into the field. Ultimately, researchers will use this new information about heat transport to design better materials.

“These new wave phenomena can be used to create materials with low thermal conductivity,” said Maldovan. “We are trying to create a thermal bandgap, but that is not so easy to do.”

The search for thermal phononic wave materials will focus on semiconductors much like those used in microelectronics, Maldovan said. But while the silicon used in microelectronics had a natural bandgap, scientists had to create a band gap in photonics and acoustic materials, and the same will be true for thermal materials. Likely materials include silicon-germanium, gallium and aluminum arsenide and certain oxide superlattices.

Researchers have for many years focused on how far heat may be transported in materials. For the future, research will address the velocity of that transport, and how much heat is moved in the process, Maldovan predicted. He compares heat transport to a more familiar issue – human transportation.

“If you want to move a lot of people, you need a bus that will carry a lot of people,” he said. “You also want a vehicle that can move quickly because if you move faster, you can carry more people farther in less time.”

The next few years should bring about significant clarification concerning the role of interference and bandgaps in thermal materials, Maldovan predicted. That will allow continued progress in the materials needed for thermal control. 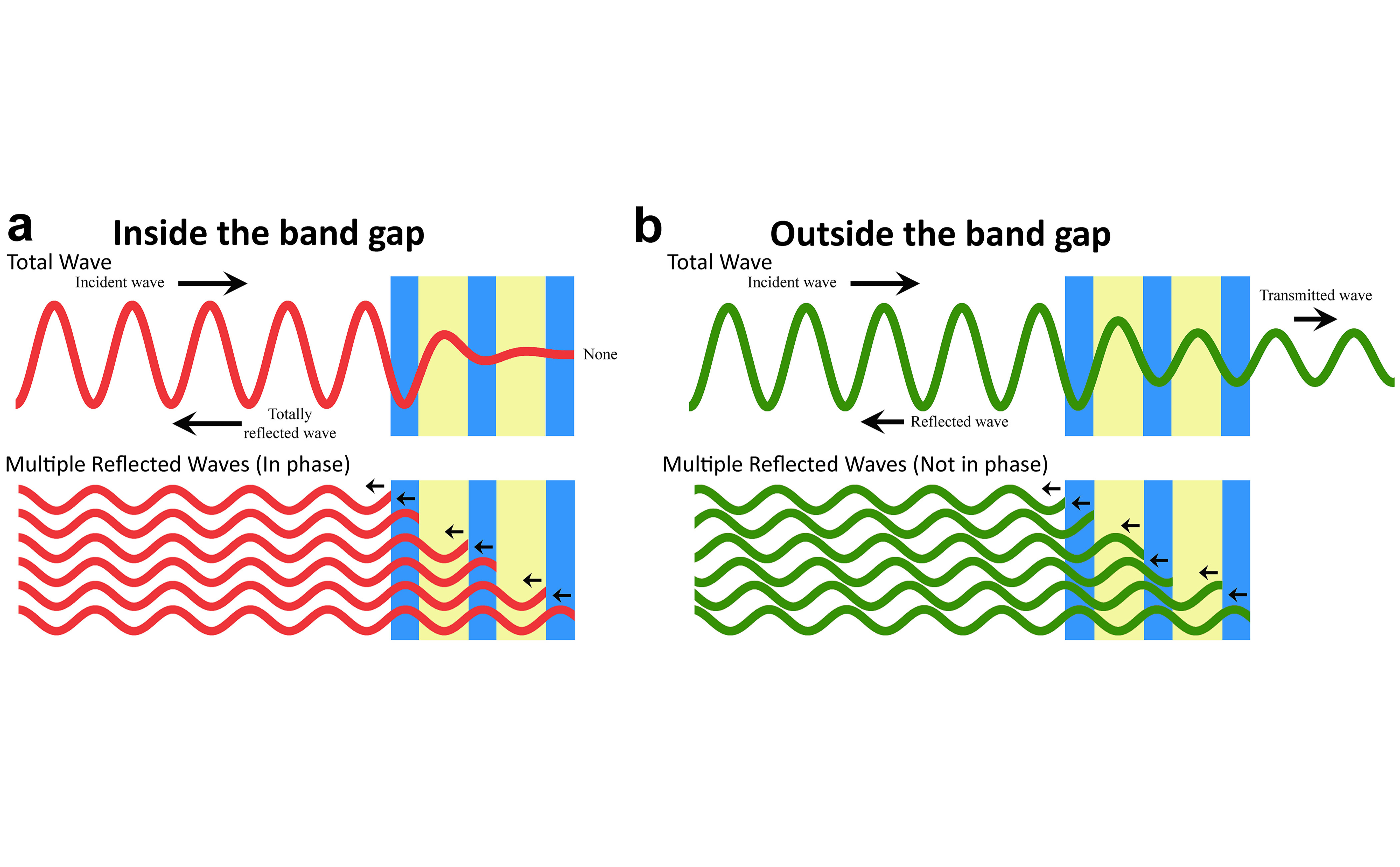