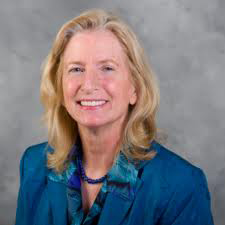 The U.S. electric system faces an array of challenges. Sluggish demand growth and the rise of solar power challenge the ability of utilities to recover their costs. The digital economy requires reliable power quality, and growing cyber threats call for increased investments in grid security. On top of these issues, global climate disruption suggests that energy systems need to be transformed. As a result, most forecasts predict that electricity bills will rise significantly over the next several decades.

In response to these issues, researchers from the Georgia Institute of Technology examined options for the power industry’s future. The report released Monday will “help states define their preferred approach for complying with proposed carbon pollution regulations,” said Marilyn Brown, the project’s lead investigator and the Brook Byers Professor of Sustainable Systems in the School of Public Policy.

The report, “Low-Carbon Electricity Pathways for the U.S. and the South,” examines two key issues: how states can reduce carbon pollution in the most cost-effective way and how different options impact household electricity bills.

“To minimize costs, the South needs to reduce its coal consumption more rapidly, continue to expand its gas-fired power plants, but temper this growth with aggressive policies to increase energy efficiency and renewable energy,” Brown said.

The project took a turn when last year, the U.S. Environmental Protection Agency proposed the first ever carbon pollution standards for existing power plants (known as the Clean Power Plan). Since states have considerable latitude to define their preferred response, they are vigorously debating the pros and cons of different options.

Using state-of-the-art modeling, Georgia Tech identified least-cost clean power pathways that would lower household electricity bills and reduce carbon pollution. This combination may not seem intuitive to some, but it is good news for states across the South and the nation.

“This work provides the type of analytic basis that is needed to inform policymaking and will guide the future of the power industry for decades,” said Tim Lieuwen, director of the Strategic Energy Institute at Georgia Tech. "Georgia Tech plays an important role as honest broker in national policy discussions, and we will continue to support decision makers through these types of analyses."