Georgia Tech’s most recognizable landmark will undergo a $7.5 million renovation beginning in a few weeks. 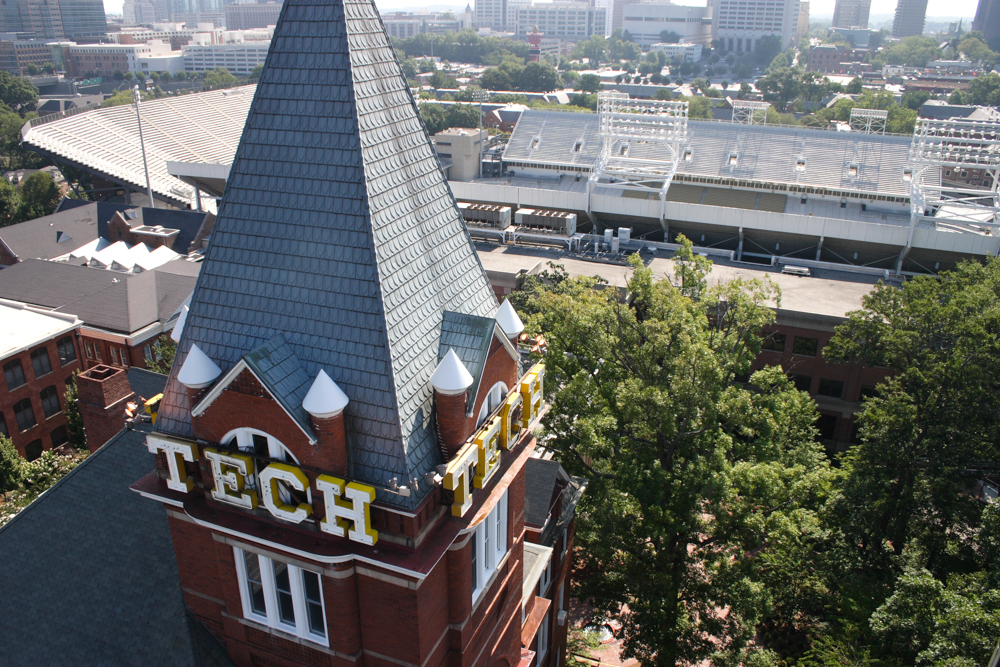 Georgia Tech’s most recognizable landmark will undergo a $7.5 million renovation beginning in a few weeks.

The Lettie Pate Whitehead Evans Administration Building, widely known as Tech Tower, will get a major upgrade of its plumbing, electrical, and heating and cooling systems, as well as the addition of a second interior fire exit stairwell and a new elevator. The building will be vacated by mid-October, with its occupants temporarily relocating to other buildings on campus. The Registrar’s Office will move to the Savant Building, the College of Sciences Dean’s Office will relocate to Cherry Emerson, and the College of Engineering Dean’s Office will move to the MiRC/Pettit Building until the renovation is completed in late 2016.

“Tech Tower is a historic landmark as well as a working building,” said Linda Daniels, associate director, Capital Planning and Space Management (CPSM). “The renovation will not be flashy. It is primarily a fire, life safety, and accessibility renovation designed to improve occupant safety and comfort as well as the building’s overall energy efficiency.”

One visibly noticeable change being made is that the elevator, which currently only serves the ground through third floors, will be replaced and extended to the fourth floor. The orientation of the elevator doors will change, and the new elevator will be faster and bigger to accommodate emergency personnel and their equipment.

The second interior fire exit stairwell to be added will take up part of the first-floor break room and conference room, as well as some office space on the third and fourth floors. The new interior fire exit stairs will eliminate the need for the metal fire exit stairs currently attached to the building’s exterior. The most notable changes to the building’s exterior will be the removal of the metal stairs and window air conditioning units. New windows are also being considered.

When the renovation is complete, the public corridor on the ground floor, with its entrance on Uncle Heinie Way, will be “more inviting” and brought up to the standard of the public corridors on the other floors. The Registrar’s Office will return to the first floor. The second floor plan will better meet the needs of the College of Sciences, and the space will have finishes similar to the first floor. The College of Engineering’s third floor layout will go largely unchanged. A significant portion of the fourth floor will house the building’s new air handling system, and the College of Engineering space there will be reworked around it.

The Administration Building, one of the original buildings when Tech opened its doors in October 1888, is part of the historic district known as “the Hill.” In preparation for the renovation, Stevens and Wilkinson, the architect-of-record for the renovation, conducted a thorough study of the building’s history.

According to Daniels, if architectural or historical features are uncovered during the renovation, the architects will attempt to incorporate them into the final design.

“The building is being renovated in a way that is historically respectful of the original circulation system, including the central staircase, which was torn down in the 1960s,” Daniels noted. She said the renovation is also being done with the future in mind.

“The first floor space currently occupied by the Registrar’s Office service counter was once a public assembly hall — a historically significant space. The renovation planning allows that space to be restored later, in a meaningful and appropriate way.” 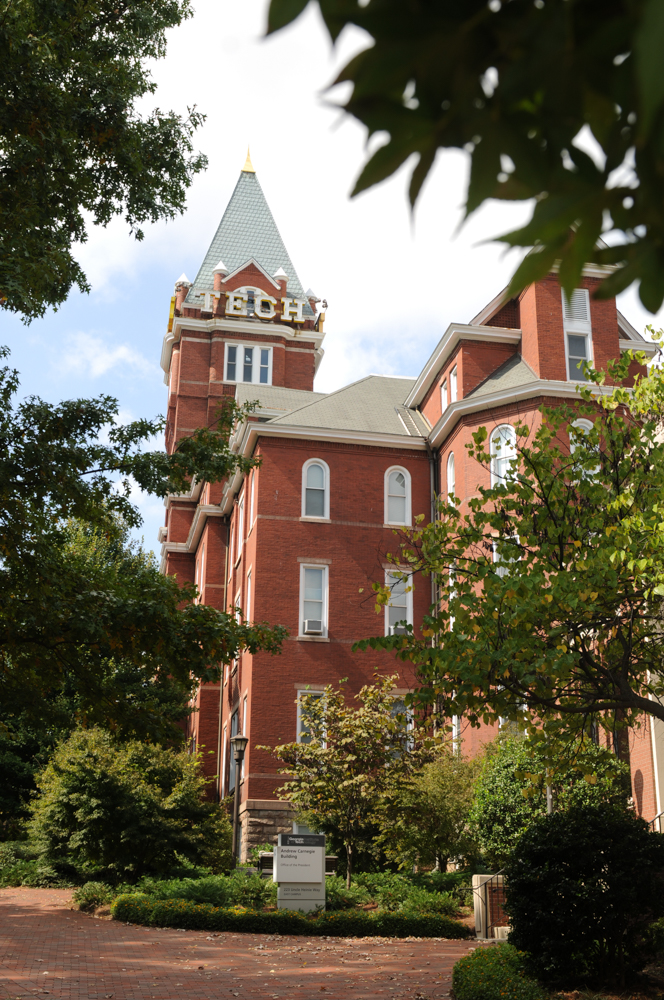