New Lab to Give Nation’s Researchers Remote Access to Robots

A new lab on campus will allow scientists around the country to upload programs and run experiments remotely. 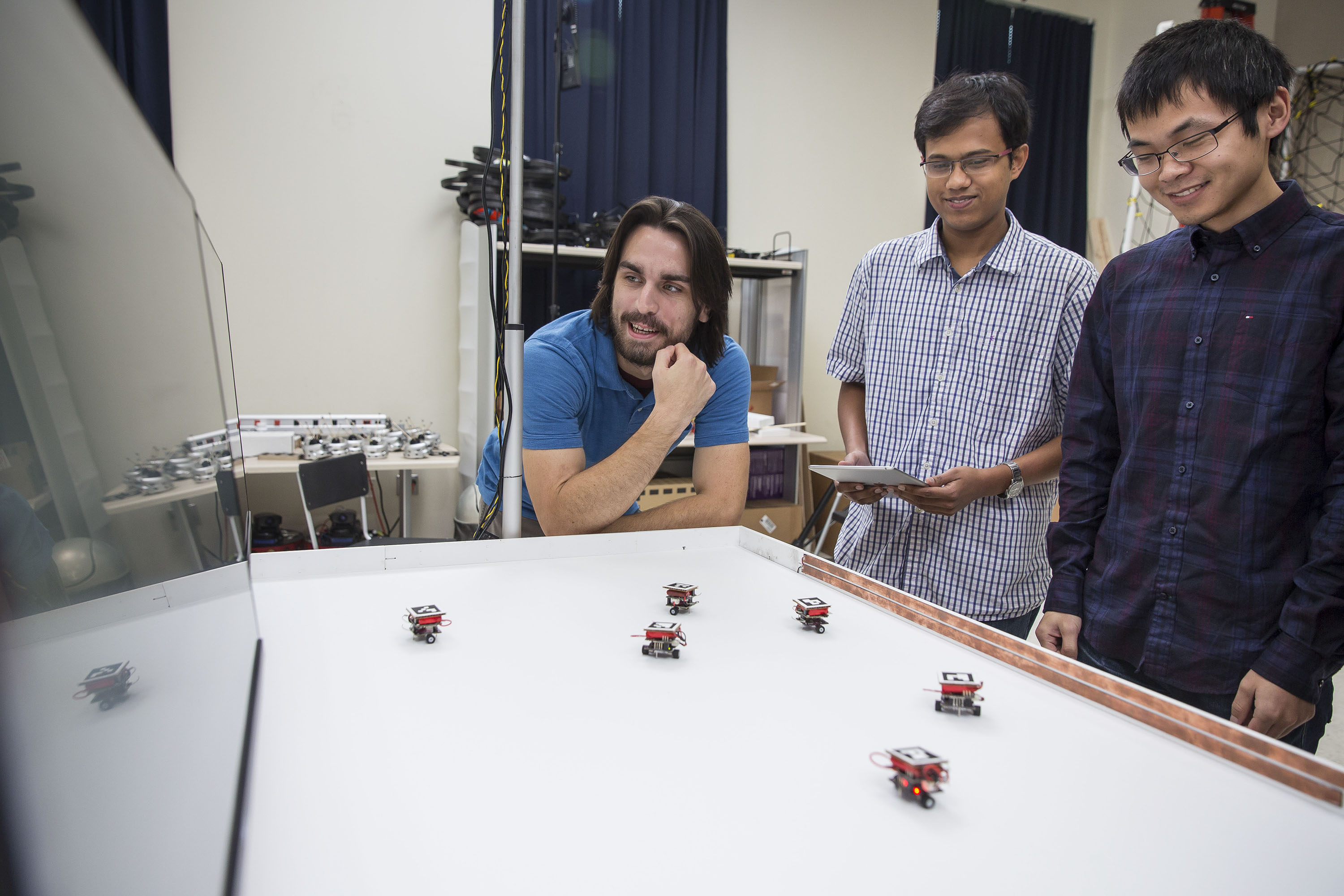 Students used the mini-version of the Robotarium (seen here) in a test session in the fall of 2015 (photo by Raftermen Photography).

The Georgia Institute of Technology is building a new lab that will allow roboticists from around the country to conduct experiments remotely. Researchers from other universities, as well as middle and high school students, will schedule experiments, upload their own programming code, watch the robots in real-time via streamed video feeds and receive scientific data demonstrating the results.

The “Robotarium” is expected to house up to 100 ground and aerial swarm robots. No other university has a similar facility.

“Building and maintaining a world-class, multi-robot lab is too expensive for a large number of roboticists and budding roboticists. This creates a steep barrier to entry into our field,” said Magnus Egerstedt, Schlumberger Professor in the School of Electrical and Computer Engineering (ECE). “We need to provide more access to more people in order to continue creating robot-assisted technologies. The Robotarium will allow that.”

Egerstedt will lead the project, which includes several Georgia Tech faculty members who will also have access to the facility for their own multidisciplinary experiments and curriculum. The team has already created a mini-version of the Robotarium. Georgia Tech graduate students used it to complete their robotics projects. Researchers from the University of California, San Diego, successfully uploaded code during a recent test session.

“A research instrument like the Robotarium has the potential to build stronger networks of collaborative research, making the whole significantly larger than the sum of its parts,” he said. “The end result has the potential to show how remote access instruments can be structured in other areas beyond robotics.”

The National Science Foundation is helping to fund the project with two grants totaling $2.5 million. Georgia Tech will transform an existing classroom into the new lab. Georgia Tech will use the other award to help create safe and secure open-access systems for the remote lab.

“The first thing that’s going to happen when you open it to the public is someone is going to try to break it,” said Aaron Ames, an associate professor in the Woodruff School of Mechanical Engineering and ECE who’s involved in the project. Ames has already developed an algorithm to prevent robots from colliding with each other.

The Robotarium is expected to be fully operational in 2017.

“It’s going to be a room where robots are always roaming around,” said Egerstedt. “Georgia Tech students will be able to hang out and watch research that is happening across the country and beyond.”

This research is supported by the National Science Foundation (NSF) through grant numbers ECCS-1531195 and CNS 1544332. The content is solely the responsibility of the authors and does not necessarily represent the official views of the NSF. 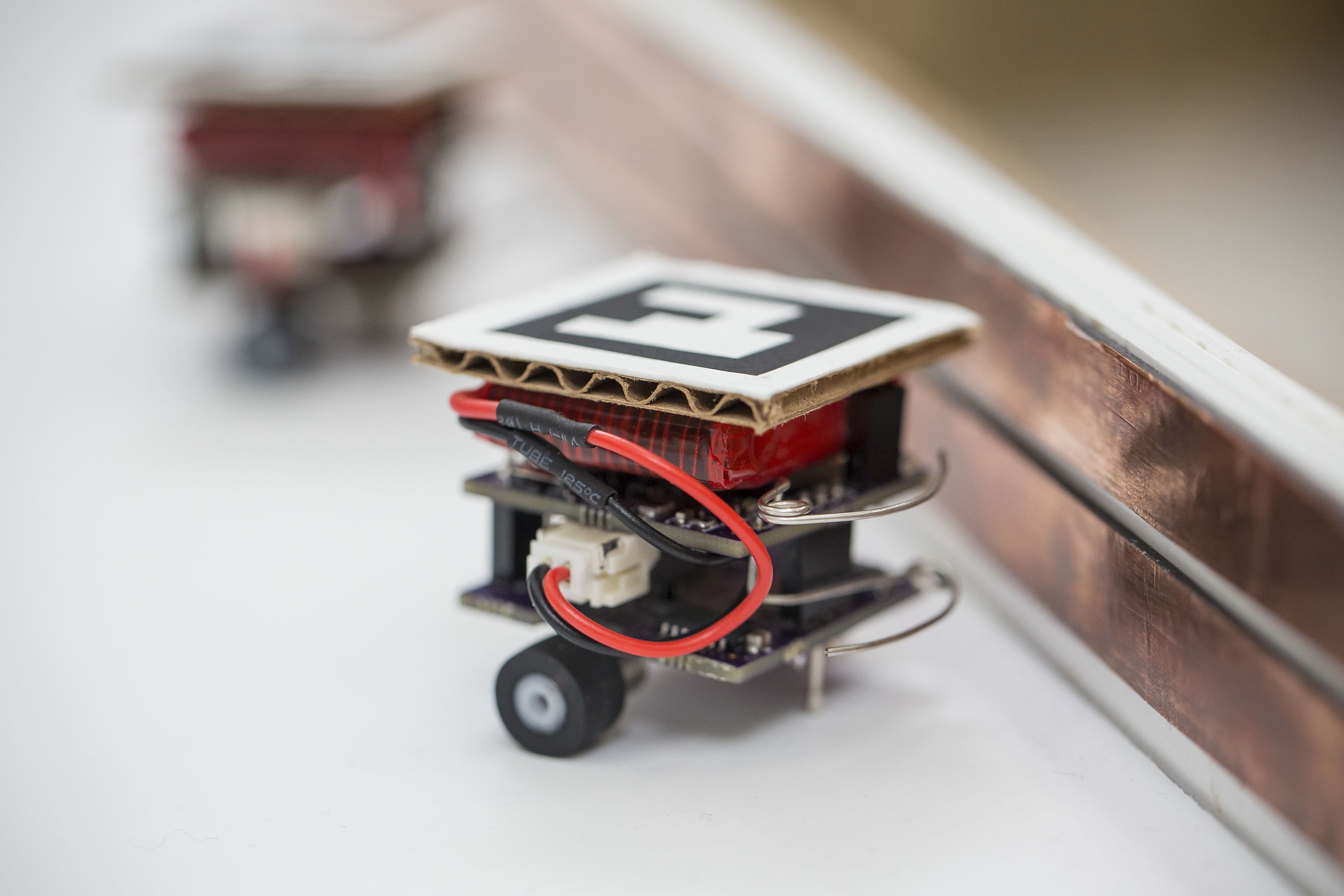 For now, the project centers on small robots like these. One day, project leader Magnus Egerstedt imagines creatures of all shapes and sizes will fill a larger Robotarium (photo by Raftermen Photography). 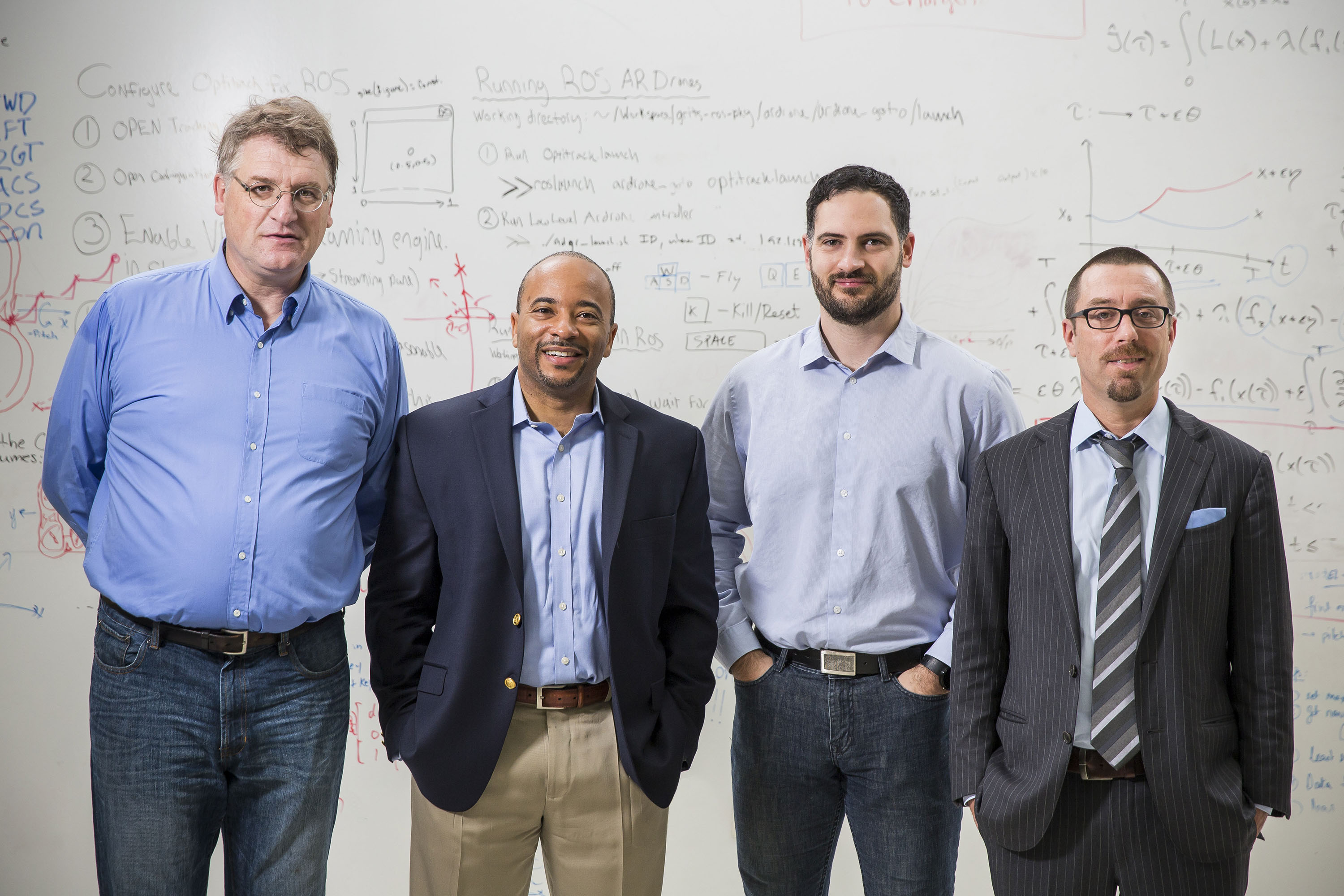 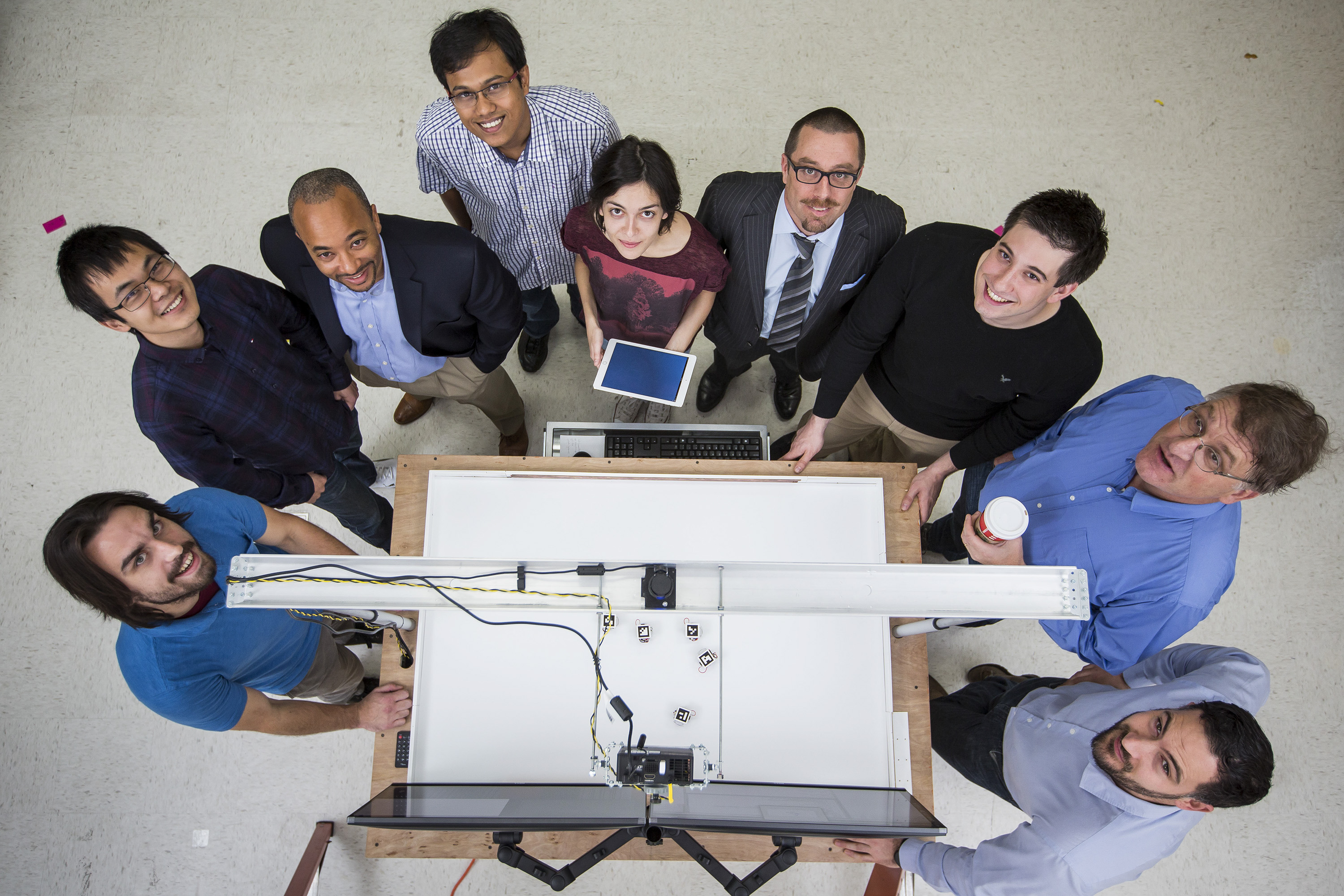 Faculty members and students tested a miniature version of the remote system in the fall of 2015 (photo by Raftermen Photography).