Economist's Research Reveals Poverty Should Be Measured by More than Income 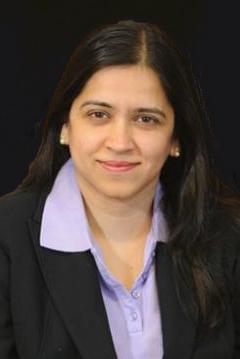 Since social scientists and economists began measuring poverty, the definition has never strayed far from a discussion of income.

New research from Georgia Tech economist Shatakshee Dhongde shows there are multiple components of poverty that more accurately describes a household’s economic condition. Dhongde looks at “deprivation” more than simply low income, and her work finds that almost 15 percent of Americans are deprived in multiple dimensions.

“This study approaches poverty in a new way,” said Dhongde, who recently published “Multi-Dimensional Deprivation in the U.S.” in the journal “Social Indicators Research.”

“We tried to identify what is missing in the literature on poverty, and measure deprivation in six dimensions: health, education, standard of living, security, social connections, and housing quality. When you look at deprivation in these dimensions, you have a better picture of what is really going on with households, especially in developed countries like the United States.”

Co-authored with Robert Haveman of the University of Wisconsin-Madison, the study looks at deprivation in the U.S. since the onset of the Great Recession, roughly 2008 to 2013. The source data for the study came from the American Community Survey conducted by the U.S. Census Bureau.

Dhongde’s and Haveman’s analysis showed that while the official income-based poverty rate averaged 13.2 percent from 2008 to 2013, the multi-dimensional deprivation index averaged 14.9 percent.

“Lack of education, severe housing burden and lack of health insurance were some of the dimensions in which Americans were most deprived in,” Dhongde said. “Even though deprivation did increase during the recession, it began to improve between 2010 and 2013.”

When placed side-by-side, the multi-dimensional deprivation index was a better reflection of the people’s economic state than income alone, and the index was able to detect a more nuanced view of what might be driving people’s dissatisfaction.

Interestingly, the study showed that there was not much overlap between individuals who were income poor and those who were multi-dimensionally deprived. Only 6.6 percent of the income poor were also deprived in multiple dimensions.

“Almost 30 percent of individuals with incomes s lightly above the poverty threshold experienced multiple deprivations,” Dhongde said. “Our analysis underscores the need to look beyond income based poverty statistics in order to fully realize the impact of the recession on individual’s well-being.”

In order for a respondent to qualify as having multi-dimensional deprivation, he or she had to have more than one indicator of deprivation, such as lack of education and severe housing burden.

“From our analysis there are several policy recommendations that can be made,” Dhongde said. “First, significant reduction of deprivation can be attained by implementing new policies related to health insurance coverage, such as through the Affordable Care Act; improving high school completion rates, especially among Hispanics; and constraining housing costs. By looking at a broader set of criteria than just income, policy decisions are clearer and solutions can be more easily identified."