Georgia Tech will be the anchor tenant of the new building in the Institute’s Tech Square. 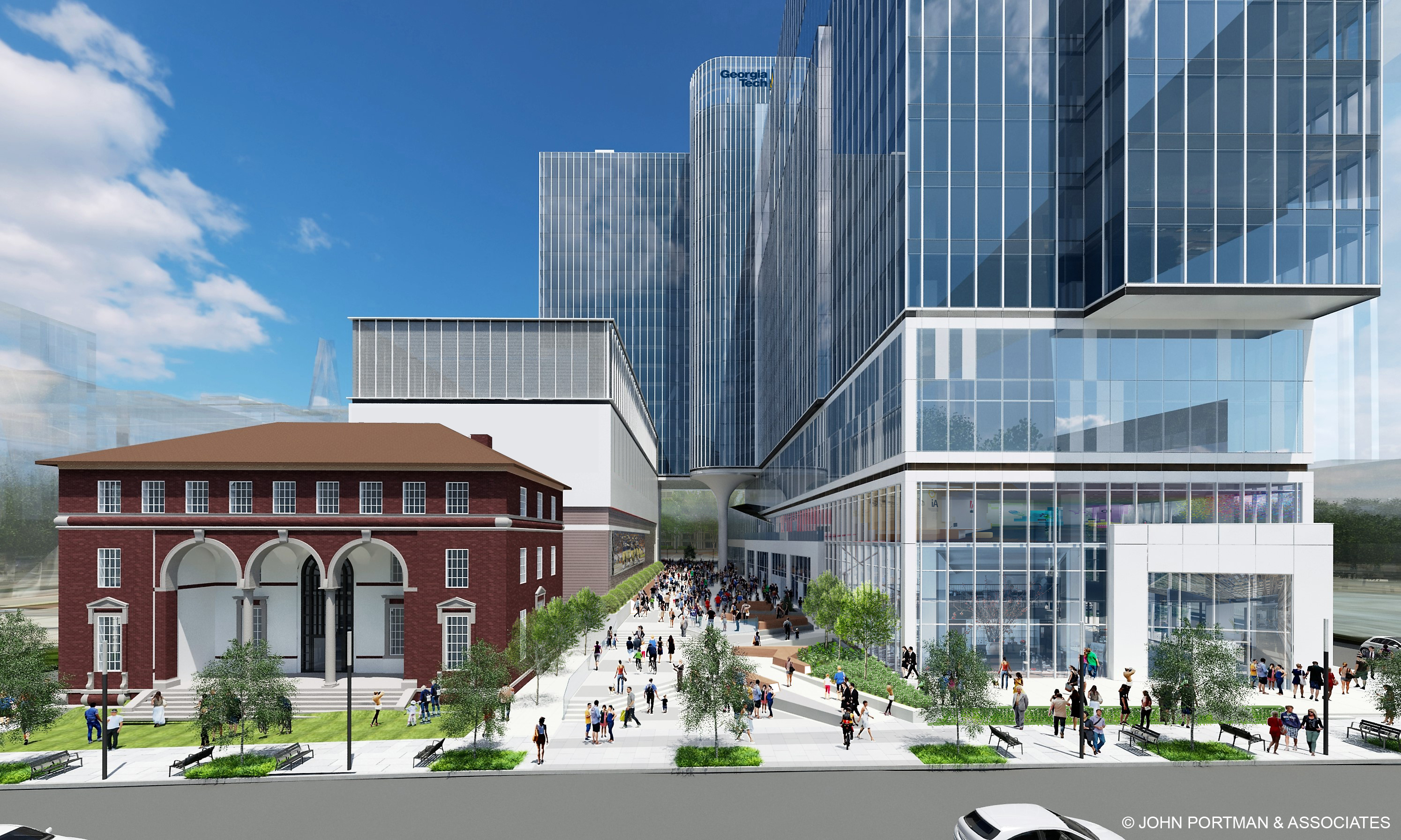 Construction has begun on the new Coda building, which represents the next phase of Georgia Tech’s Technology Square.

The nearly 750,000-square-foot mixed-use project will create new opportunities in interdisciplinary research, commercialization and sustainability. It will also enhance the area’s innovation ecosystem, which fosters collaboration between the Institute, startups and established industry leaders.

“Since it first opened 13 years ago, Technology Square (Tech Square) in Midtown Atlanta has rapidly become one of the leading regional innovation hubs in the southeastern U.S. Tech Square promotes and facilitates innovation and collaboration between businesses and industry and the Georgia Tech community,” President G.P. “Bud” Peterson said. “Coda, which includes a high performance computing center, will take innovation to a whole new level. This iconic building developed by Portman Holdings will become a magnet for corporations and startups alike, while serving as a state-of-the-art resource for breakthrough research. As such, this new facility will help propel the region and Midtown Atlanta as one of the leading innovation ecosystems in the Southeast and the nation.”

The commencement of construction was marked during an event held at the site Tuesday. Peterson was joined by Jack Portman, vice chairman of the Portman Companies, and other civic and business leaders.

Portman Holdings owns the tower, and John Portman & Associates is designing the facility.

Georgia Tech will be the anchor tenant, occupying about half of the 620,000 square feet of office space.

Construction is scheduled to be finished in 2019. 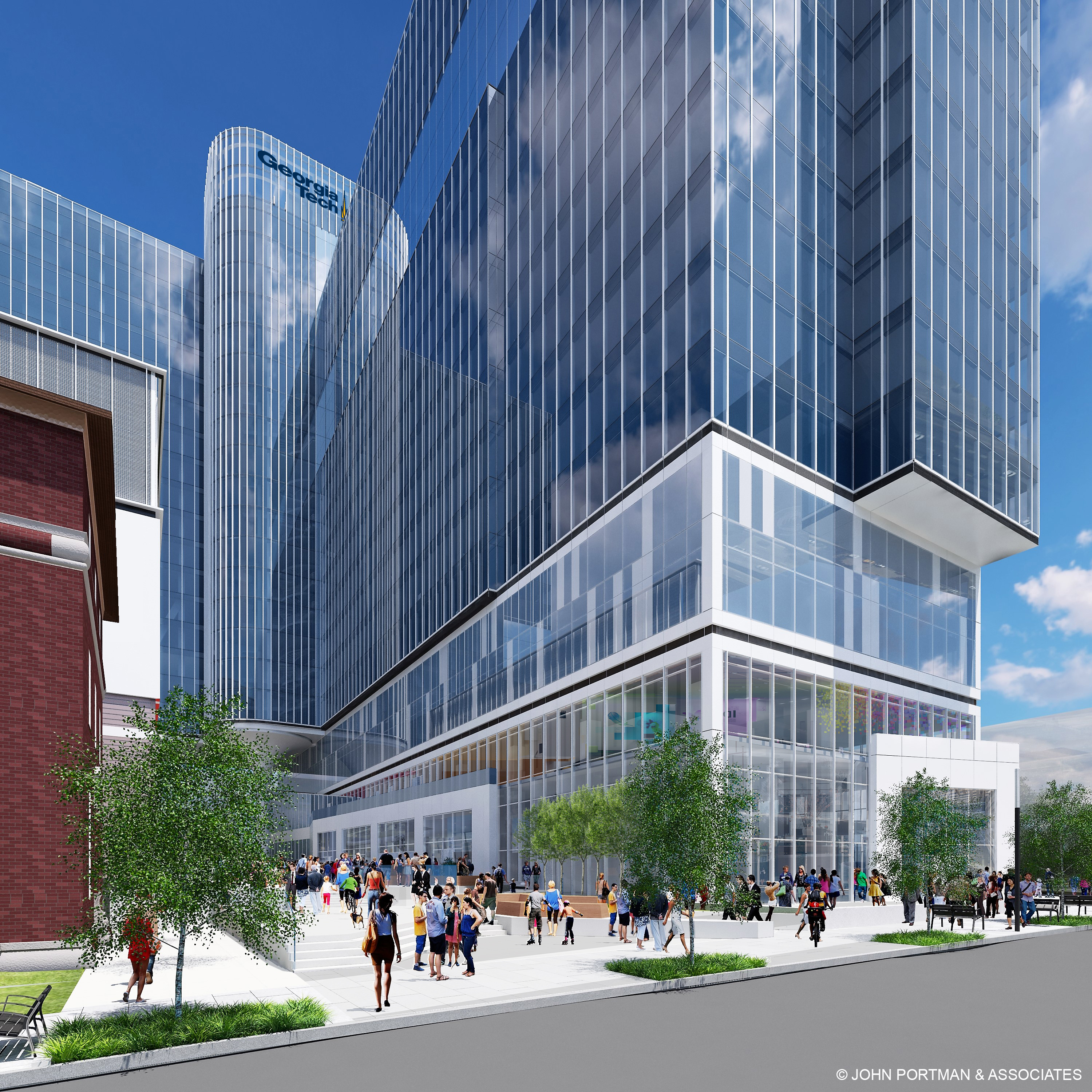 The new Coda building represents the next phase of Georgia Tech’s Technology Square. It will also enhance the Tech Square innovation ecosystem, which fosters collaboration between the Institute, startups and established industry leaders. Image courtesy of Portman &amp; Associates 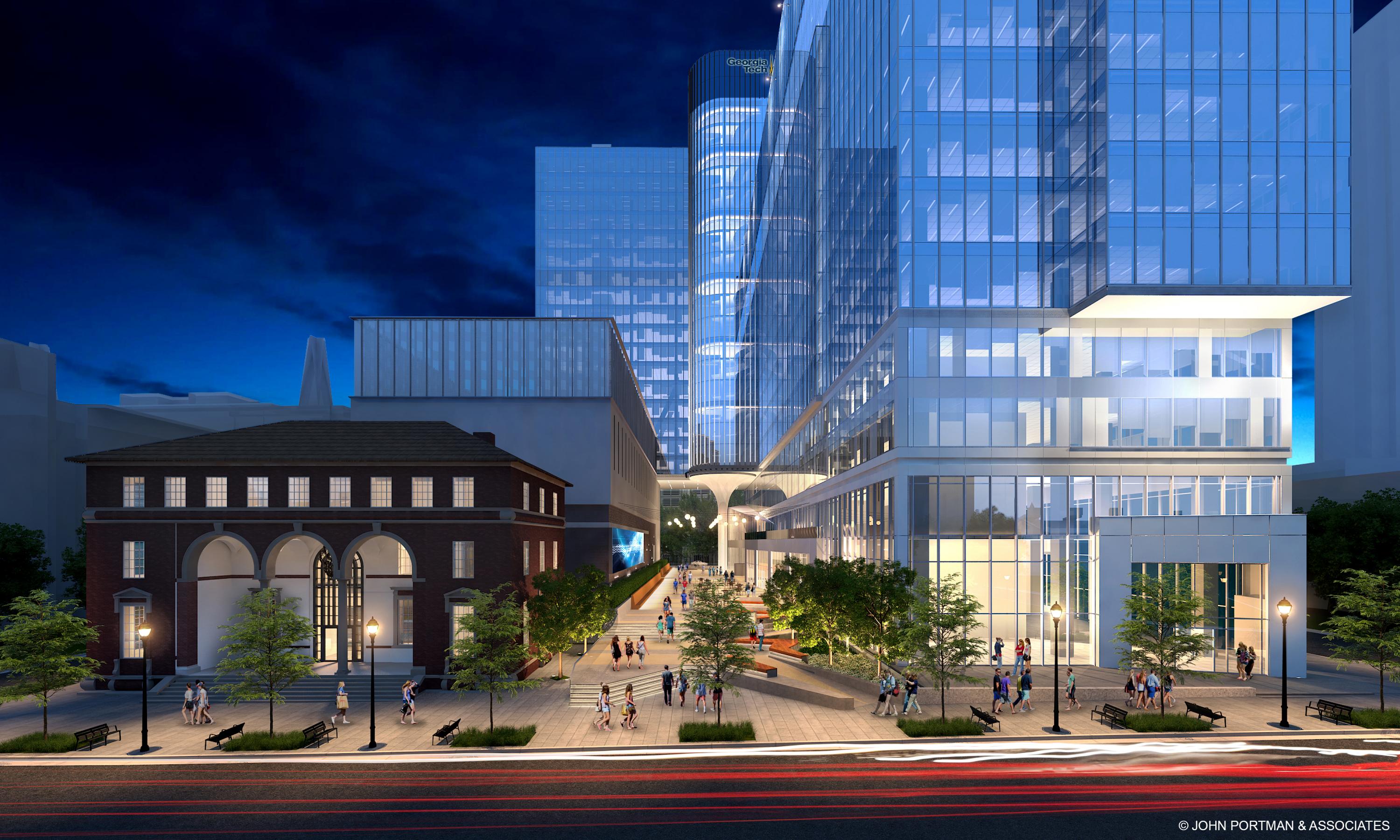