Poetry, Georgia Tech communities lose an icon with the death of Thomas Lux. 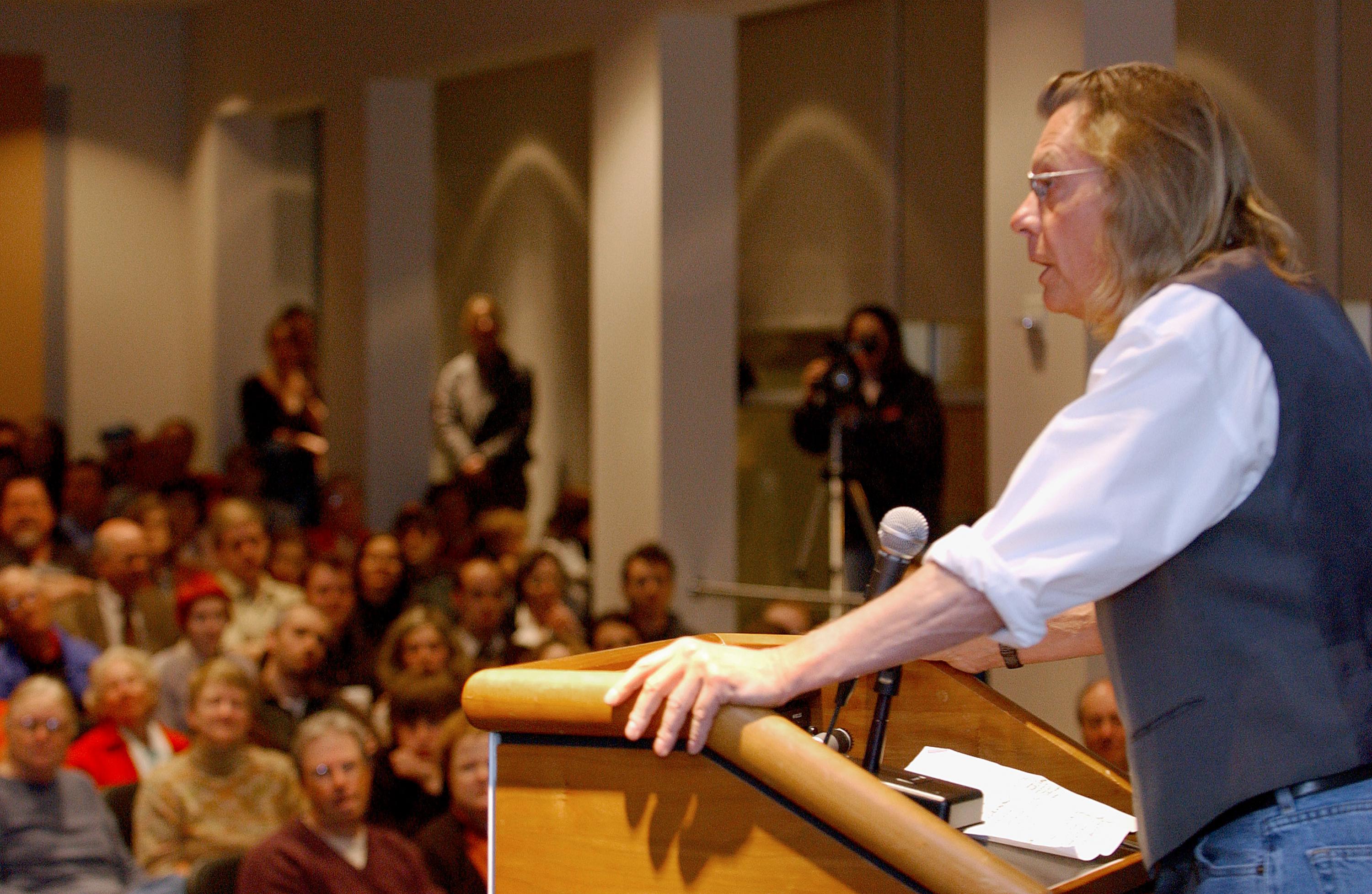 Thomas Lux delivers a reading of poetry as a part of the Poetry@TECH program in the Ivan Allen College of Liberal Arts.

Renowned and acclaimed poet Thomas Lux who has anchored Poetry@TECH at the Georgia Institute of Technology for 15 years, died February 5 after a lengthy illness. He was 70.

“Thomas Lux was one of the most influential poets in contemporary American poetry,” said Travis Denton, associate director of Poetry@TECH and the McEver Chair in Poetry at Georgia Tech.

“Over his more than 40 years as a teacher, he shaped the poetic lives of thousands of students across this country with his enthusiasm for and knowledge of the craft of poetry,” Denton said. “His generosity of spirit will never be matched by anyone—EVER. Tom was my best friend, and mentor. Over these last 11 years that Tom and I worked together building Poetry@TECH, it was clear that his love for Georgia Tech, and bringing poetry to its students, and the surrounding community, was his life’s work."

A native of Northampton, Massachusetts, Lux earned a bachelor of arts in English literature from Emerson College in Boston where he was poet in residence from 1970 to 1975, and attended the University of Iowa from 1971 to 1972. In 2002 he received an honorary doctor of letters from Emerson.

He was named the Margaret T. and Henry C. Bourne Jr. Chair in Poetry at Georgia Tech in 2002, and he served in that capacity until his death.

“Tom Lux was not only a great poet, he was also a great teacher of poetry,” said Wayne Clough, president emeritus of the Institute who was instrumental in bringing Lux to Georgia Tech. “He brought poets to campus, engaged engineering and business students in poetry, and reached out to the larger community. Tom made our campus a more vibrant place to grow and learn and he will be greatly missed."

Lux published 19 books of poetry. His most recent book, “To the Left of Time,” was published last year by Houghton. His work appeared in more than 55 anthologies, and Lux counted 31 essays among his credited works. He served as panelist or judge more than a dozen times in his career, and he earned a total of 16 awards and grants.

“While Tom could have rested on his merits as a writer, he was not satisfied by only his own successes, and there were many,” said Karen Head, assistant professor in Georgia Tech’s School of Literature, Media and Communication, director of the Communication Center, and editor of Atlanta Review.

“He was a dedicated teacher who loved to see his students succeed, too,” Head said. “He was also a passionate baseball fan, and you could often find him at the Tech baseball diamond cheering on players who only a few hours earlier had been trying their hands at sonnets and sestinas. Whether his students became poets themselves, and many have, they all became better people because they studied with Tom.”

Lux was never more memorable than when he was reading his work.

“Gripping both sides of the podium, leaning into the microphone despite his resounding voice, his gaze fixed on his audience – he could deliver a poem as few people ever have,” she said.

The close-knit poetry community was first to recognize the significance of his loss, and his friends, colleagues, and students are still coming to terms with his death.

“Tom’s passing is a deep loss for the world of poetry,” said Jacqueline Royster, dean of the Ivan Allen College of Liberal Arts. “For Georgia Tech, Ivan Allen College, and most especially for countless numbers of students on campus, in the Atlanta community, and beyond, words just seem inadequate to express our feelings, except that we know that his legacy will live on--through his prolific works, his inspiring articulation of poetry’s relevance and importance in a technical age, and the distinctive model for teaching that he brought to life through Poetry at Tech.”

The following tributes have been offered in his memory:

“I was very sorry to hear of this loss. I met Tom only once, in Lincoln many years ago, but for the past 30 years I have closely followed the poems he chose to represent him, published in his books and in distinguished journals all over the country. They showed him to be an honest, forthcoming friend to his many grateful readers.”
- Ted Kooser, U.S. Poet Laureate, 2004-2006

“Poetry Atlanta, the local nonprofit and press that promotes poetry in the city, is sad to hear of the passing of Thomas Lux. Along with being a fantastic poet, Tom was amazingly generous with his time and support of all of Poetry Atlanta's endeavors. We were thrilled to include him in our series of Java Monkey Speaks anthologies and appreciated his appearances at our events. His presence will be missed here in Atlanta and around the world. We offer our condolences to his friends, family and the poetry community who have lost such a prominent voice.”
- Collin Kelley, Chairman of Poetry Atlanta

“Tom Lux and I have been friends in poetry for more than 40 years.  As a friend, he was loyal, unaffected and unfailingly generous.  As a teacher, he befriended and mentored young poets with a warm comradery, a light touch and gentle acceptance.  As a poet, he was an American original—smart, funny, brooding, ironic, vulnerable.  It is impossible to think of contemporary American poetry without him.
- Edward Hirsch, President, John Simon Guggenheim Memorial Foundation

"I was lucky to have the benefit of Tom Lux’s friendship over the years, as well as the lasting benefit of his poems, which I learn from and envy.  Like his work, the man was direct and open-hearted, but at the same time cunning and eccentric. Tom was rare but never rarefied.  He will be remembered for his kindness, his generosity with his students and peers alike, as well as his affection for guns and softball. He leaves an immense hole in the world of poetry that can never be filled. The world could use a few thousand Tom Luxes, but we were given only one, and now there is none."
- Billy Collins, U.S. Poet Laureate 2001-2003

“The staff and Advisory Council of the Georgia Center for the Book are deeply saddened by the passing of Tom Lux.  As a poet and mentor, he was an inspiration to so many, and since his arrival at Georgia Tech, became one of the most important figures in our poetry community.  Under his direction, Poetry at Tech blossomed into one of the most lauded and respected poetry programs in the world. In addition to his teaching responsibilities, Tom generously involved himself in the Atlanta literary community, reading several times at the Decatur Library for Georgia Center for the Book events. In 2010, his collection, “New and Selected Poems, 1975-1995,” was chosen for inclusion on the Georgia Center for the Book's list of “Books All Georgians Should Read.” His influence on the literary landscape of Georgia will be felt for years to come, and his poems will continue to entertain, to enlighten, and to inspire for years to come." 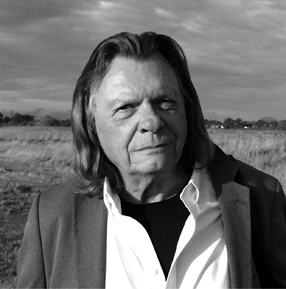 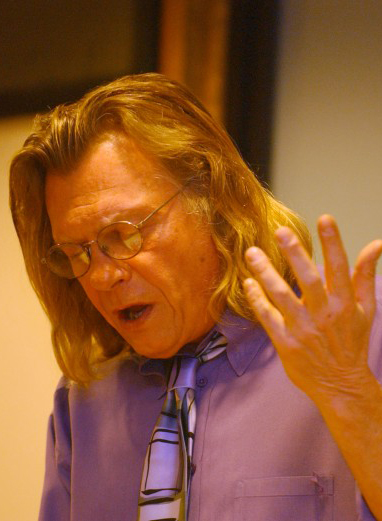 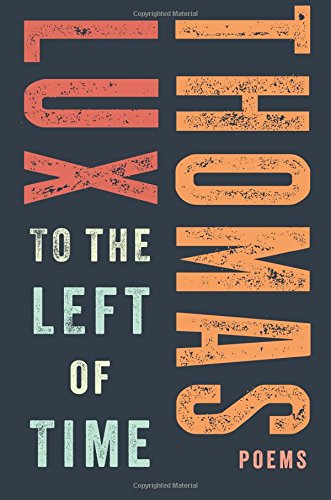 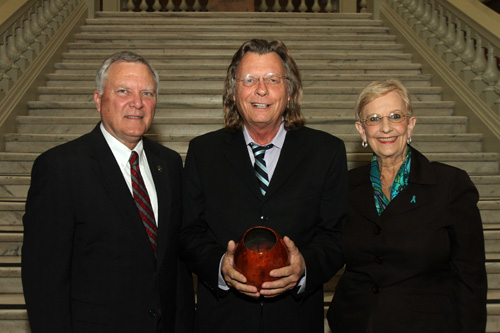 By Karen Head, assistant professor in Georgia Tech’s School of Literature, Media and Communication, director of the Communication Center, and editor of Atlanta Review

When I joined the faculty over a decade ago, one of the first people to welcome me to campus was Tom Lux. Passing by his office in only my second week, he motioned for me to stop: “I heard you were coming here. I don’t know how much help I can be, but let me know if there is anything I can do. There’s a reading soon. Come to the party afterwards. Here are the directions to my house.”

Since then, I have spent many evenings at his legendary “after parties” following Poetry @ Tech readings. Climbing the stairs to the main living area, you could always hear Tom’s booming laugh above the din of conversation. The next thing you noticed were the books. Everywhere. Books. To be a great writer, you must read. Few people have personal libraries the size of Tom’s. For many writers, finding their own book in the stacks at Tom’s house was a defining professional moment.

While Tom could have rested on his merits as a writer, he was not satisfied by only his own successes, and there were many. He was a dedicated teacher who loved to see his students succeed, too. He was also a passionate baseball fan, and you could often find him at the GT baseball diamond cheering on players who only a few hours earlier had been trying their hands at sonnets and sestinas. Whether his students became poets themselves, and many have, they all became better people because they studied with Tom.

To hear Tom “read” his work was an extraordinary experience. I hesitate to call his presentation style “reading” at all. Gripping both sides of the podium, leaning into the microphone despite his resounding voice, his gaze fixed on his audience—he could deliver a poem as few people ever have. He understood the power of poetry to inspire us, to challenge us, to change us.

He was also always ready for a laugh—believing strongly in poetry that was humorous and accessible. One of the first times I heard him read, he enthralled the audience with “Refrigerator, 1967.” It is one of his most memorable poems. I share it here with the thought that while we are deeply saddened by his loss, his poetry remains with us—a full jar of beauty passed down to us all.

More like a vault -- you pull the handle out

and on the shelves: not a lot,

and what there is (a boiled potato

in a bag, a chicken carcass

drained, mugged. This is not

a place to go in hope or hunger.

But, just to the right of the middle

of the middle door shelf, on fire, a lit-from-within red,

shining red in their liquid, exotic,

in such company: a jar

the only foreign word I knew. Not once

did I see these cherries employed: not

in a drink, nor on top

of a glob of ice cream,

or just pop one in your mouth. Not once.

The same jar there through an entire

pocked peas and, see above,

they came over from the old country,

family heirlooms, or were status symbols

bought with a piece of the first paycheck

which beat the pig farm in Bohemia,

handed down from my grandparents

to be someday mine,

and, if I never ate one,

it was because I knew it might be missed

or because I knew it would not be replaced

and because you do not eat

that which rips your heart with joy.