Study suggests how first massive black holes grew so quickly after the birth of the universe. 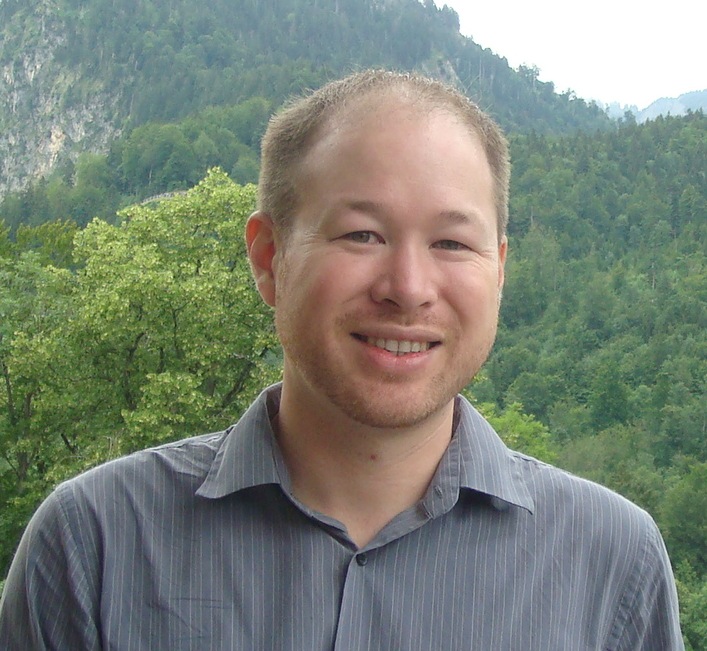 In a new study in the journal Nature Astronomy, a team of researchers from Dublin City University, Georgia Tech, Columbia University and the University of Helsinki add evidence to one theory of how these ancient black holes, about a billion times heavier than our sun, may have formed and quickly put on weight.

In computer simulations, the researchers show that a black hole can rapidly grow at the center of its host galaxy if a nearby galaxy emits enough radiation to switch off its capacity to form stars. Thus disabled, the host galaxy grows until its eventual collapse, forming a black hole that feeds on the remaining gas, and later, dust, dying stars, and possibly other black holes, to become super gigantic.

“The collapse of the galaxy and the formation of a million-solar-mass black hole takes 100,000 years — a blip in cosmic time,” says study co-author Zoltan Haiman, an astronomy professor at Columbia University. “A few hundred million years later, it has grown into a billion-solar-mass supermassive black hole. This is much faster than we expected.”

In a 2008 study, Haiman and his colleagues hypothesized that radiation from a massive neighboring galaxy could split molecular hydrogen into atomic hydrogen and cause the nascent black hole and its host galaxy to collapse rather than spawn new clusters of stars.

A later study led by Eli Visbal, then a postdoctoral researcher at Columbia, calculated that the nearby galaxy would have to be at least 100 million times more massive than our sun to emit enough radiation to stop star formation. Though relatively rare, enough galaxies of this size exist in the early universe to explain the supermassive black holes observed so far.

After several days of crunching the numbers on a supercomputer, the researchers found that the neighboring galaxy could be smaller and closer than previously estimated. “The nearby galaxy can’t be too close, or too far away, and like the Goldilocks principle, too hot or too cold,” said study coauthor John Wise, the Dunn Family Associate Professor in Georgia Tech’s College of Physics.

Though massive black holes are found at the center of most galaxies in the mature universe, including our own Milky Way, they are far less common in the infant universe. The earliest supermassive black holes were first sighted in 2001 through a telescope at New Mexico’s Apache Point Observatory as part of the Sloan Digital Sky Survey.

The researchers hope to test their theory when NASA’s James Webb Space Telescope, the successor to Hubble, goes online next year and beams back images from the early universe.

The study is titled “Rapid formation of massive black holes in close proximity to embryonic protogalaxies.” The other authors are Eli Visbal, now a postdoctoral researcher at the Simons Foundation Flatiron Institute; Peter Johansson, an astrophysics professor at the University of Helsinki; and Greg Bryan, an astronomy professor at Columbia and the Flatiron Institute. 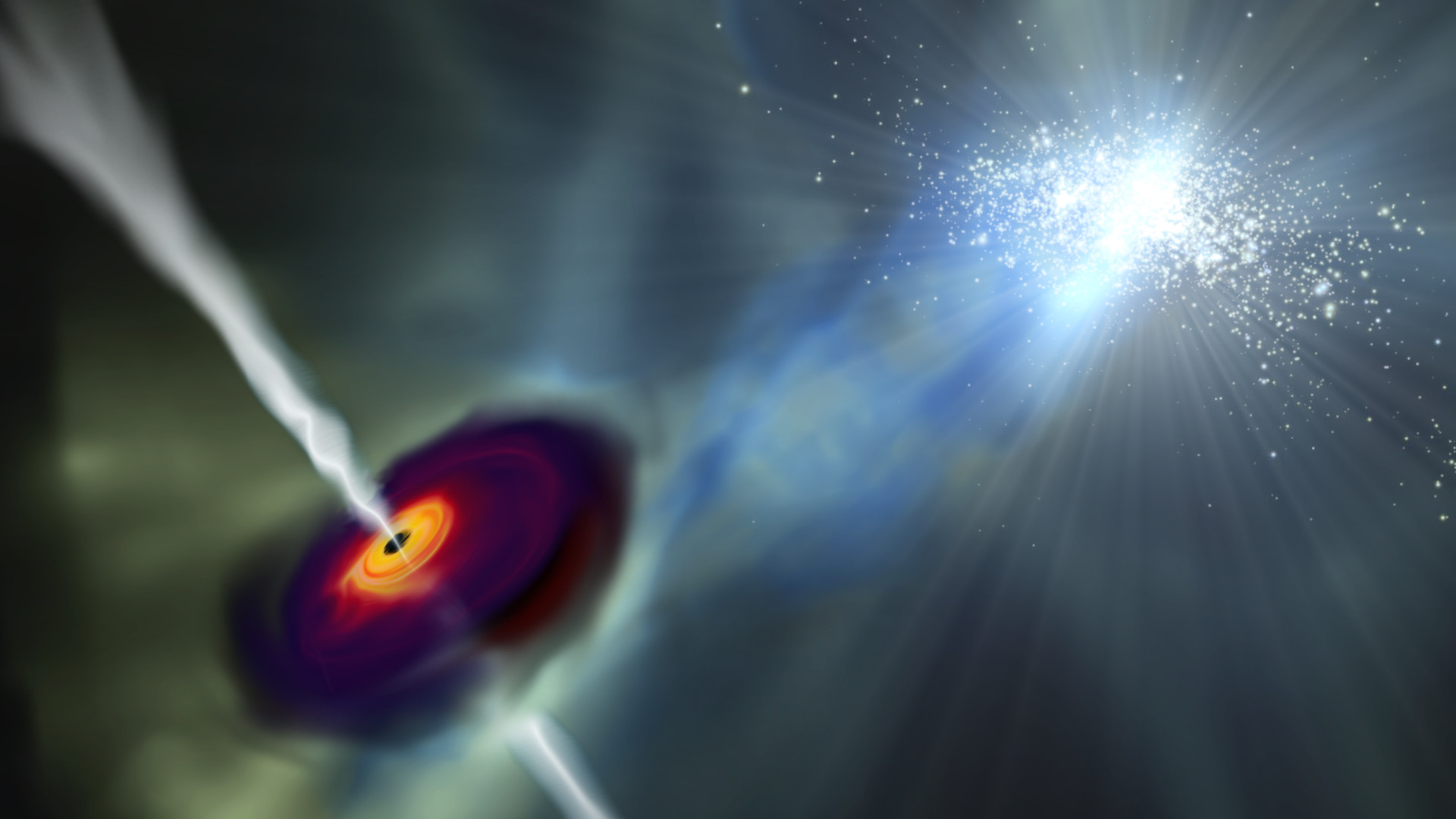 The massive black hole shown at left in this drawing is able to rapidly grow as intense radiation from a galaxy nearby shuts down star formation in its host galaxy. (Credit: John Wise)