The use of assisted reproductive technology in the U.S. by non-U.S. residents is growing. 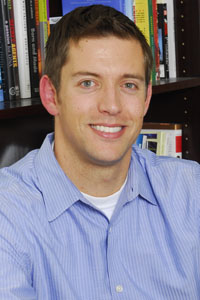 A new study from the Georgia Institute of Technology and the U.S. Centers for Disease Control and Prevention finds that the use of assisted reproductive technology (ART) in the U.S. by non-U.S. residents is growing. These “reproductive tourists” are more likely, compared to Americans, to use egg donors and carriers and genetically screen early embryos.

The study is the most detailed picture of cross-border reproductive care (CBRC) in the United States to date. It analyzed more than 1.2 million ART cycles that were submitted to the National ART Surveillance System (NASS) from 2006 to 2013. NASS is the federally mandated reporting system that collects ART procedure information under the Fertility Clinic Success Rate and Certification Act of 1992.

During that time frame, the number of non-residents receiving ART treatment in the United States more than doubled, growing from 1.2 percent of the total number of cases to 2.8 percent (nearly 5,400 in 2013).

“While the number of cycles is relatively small, it is definitely growing,” said Georgia Tech’s Aaron Levine, the associate professor in the School of Public Policy who led the study. “Non-U.S. residents are increasingly coming here for specialized ART treatments that may not be available in their home countries. And they’re using these techniques at greater rates than Americans.”

Patients from 147 countries received care in the U.S., with the largest number coming from Canada. Nearly 50 percent of Canadian patients used donated eggs, likely reflecting Canadian legal restrictions on payment for egg donors. Patients from the United Kingdom and Japan, the third and fourth most common source countries, also made frequent use of donated eggs — more than 50 percent of U.K. patients and more than 90 percent of Japanese patients used this technique. The second largest number of patients came from Mexico, with these patients using specialized techniques at about the same rate as U.S. patients.

Levine admits the numbers are small but not trivial. Data has been limited, and CBRC hasn’t been well studied in the past.

“Our results highlight real challenges for patients to access this important medical care,” said Levine. “Understanding these challenges is critical to improving access to ART today and to helping ensure patients who travel across borders to receive ART treatment receive high-quality care.”

Levine also says understanding CBRC ties into other issues, such as treatment for egg donors and carriers, and the health concerns that may be linked to some ART procedures.

The paper, “Assessing the use of assisted reproductive technology in the United States by non-United States residents,” was published online in the journal Fertility and Sterility earlier this month.