Custom motorized transport is common at Georgia Tech, but Dustin Sloan and Trenton Charlson recently turned heads on campus while zooming around in a nostalgic adaptation of a 1990s classic kid’s vehicle.

“We like the idea of taking children’s toys and upgrading them with a more powerful means of propulsion,” said Sloan, a fourth-year mechanical engineering student.

In April of 2017, the duo affixed a chainsaw motor to a tricycle. A video that documented the process and was posted on Sloan’s YouTube account has been viewed more than 950,000 times. In December, Sloan and Charlson unveiled their latest project.

“After building the chainsaw trike and wanting to build a go-cart, we felt that a Power Wheels Barbie Jeep was the next logical step,” said Sloan.

The biggest challenge in modifying the Barbie Jeep was fitting everything inside the plastic casing. Sloan and Charlson equipped the vehicle, meant for kids ages 3 and up, with a full-sized engine and steel frame as well as mechanical components for steering, a gas pedal and hydraulic brakes.

At top speed, the Barbie Jeep can hit 30 miles per hour.

“It’s very touchy on the gas, braking and steering, but gives a good deal of control,” said Sloan. “You can even drift in it and power slide.”

The Barbie Jeep was designed and constructed at the RoboJackets shop space. Sloan and Charlson are members of the RoboJackets, but neither had a history with automechanics prior to coming to Georgia Tech.

“I spent high school learning mechanical design and machining from my involvement in our robotics team,” said Charlson, a third-year aerospace engineering student. “When I got to Georgia Tech, I joined the RoboJackets Battlebots team and continued learning these skills.”

“Being around a bunch of people passionate who are about technology and engineering at Tech really fosters learning and spawns projects like the Jeep.”

For their next project, Sloan and Charlson are developing a pulsejet engine. 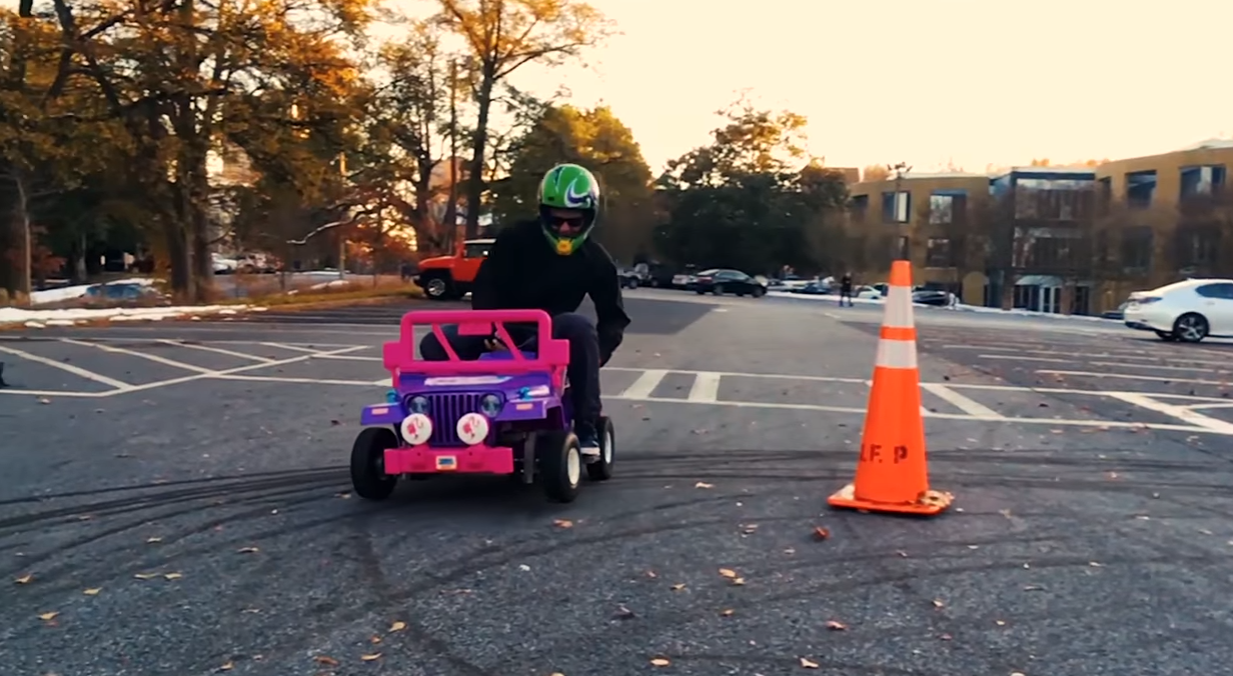 “We like the idea of taking children’s toys and upgrading them with a more powerful means of propulsion,” said Dustin Sloan, a fourth-year mechanical engineering student.