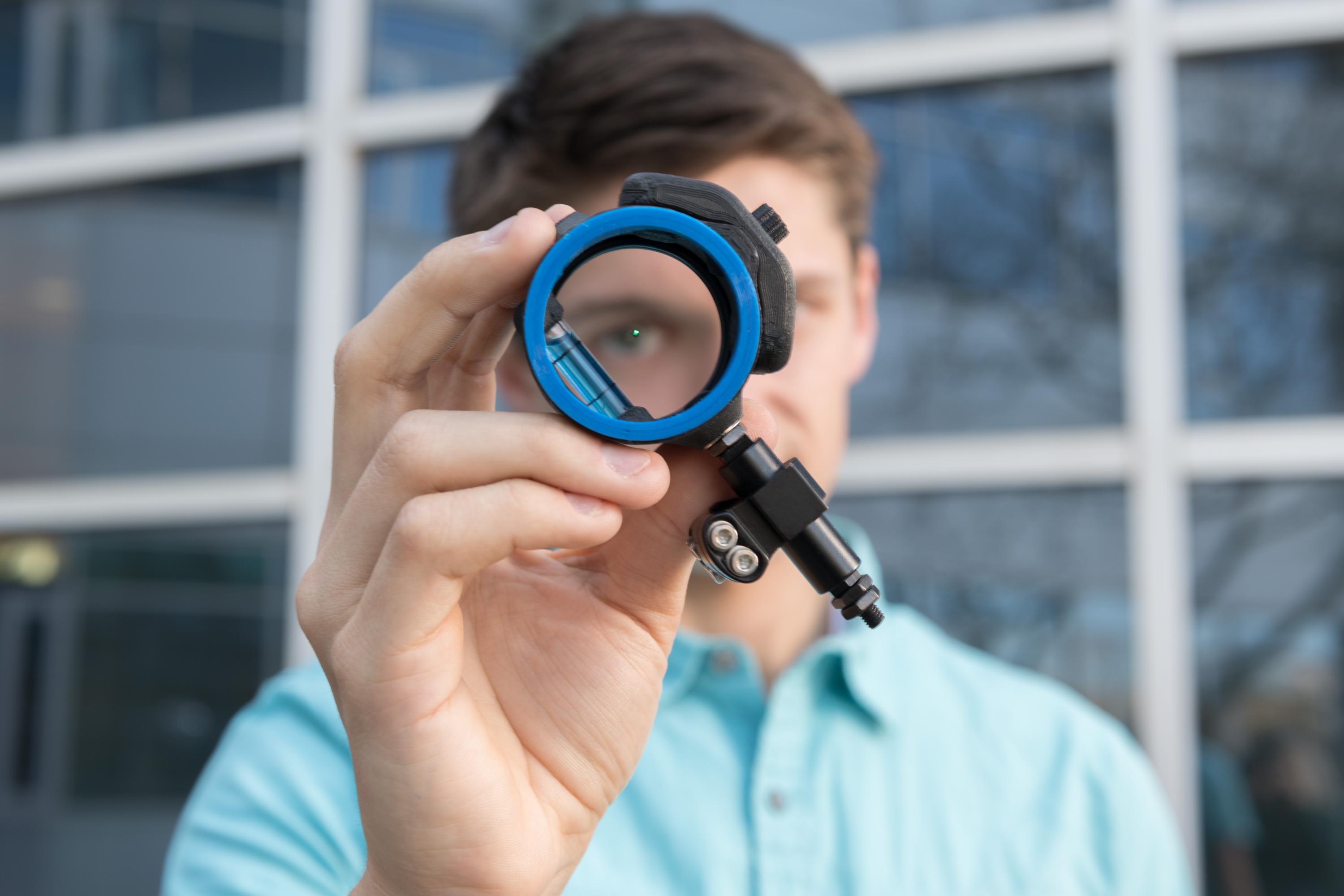 As a competitive archer Kolby Hanley knows the challenges associated with the sport. As an engineer he knows how to solve them.

Hanley, a materials and science engineering major, invented a new aiming device for competitive archery. The lightweight scope with integrated light, called StarLight, is the latest product developed by his company, UltraView.

The device is also among the six finalists for the 2018 InVenture Prize, Georgia Tech’s annual invention competition. The winner will be selected March 14.

Hanley transferred to Tech in 2017 from the University of Vermont. The 20-year-old has been involved with archery for 11 years and competing for the past seven. He’s a four-time national champion and at one time was the top-ranked archer under 21 in the United States.

“As a shooter there are other problems I’d like to solve within the sport,” said Hanley, who is from Cambridge, Vt. “It’s exciting that people are responding to it.”

He said StarLight fixes several deficiencies. While current scopes are bulky, his design is made from fiber composite material which provides a smaller and lighter design.

Lots of archers shoot in the woods where it’s dark or at least heavily shaded. They would need to attach a light to scopes and the wires could obstruct views. But StarLight’s sight doesn’t have any obstructions in the aiming window. It also has an integrated ultra violet LED to illuminate a florescent dot on the glass magnifying lens.

Hanley is accepting pre-orders for the product and expects to deliver them this summer.

The company began by producing customizable 3D-printed grips for bows. He now sells the grips to customers in 20 different countries.

He runs the company from his dorm room and his payroll comprises two part-time employees. He ships orders from the post office in the campus student center.

“It’s hard being a full-time student and running a company,” Hanley said. “But I love doing it and this is the industry I want to be in.” 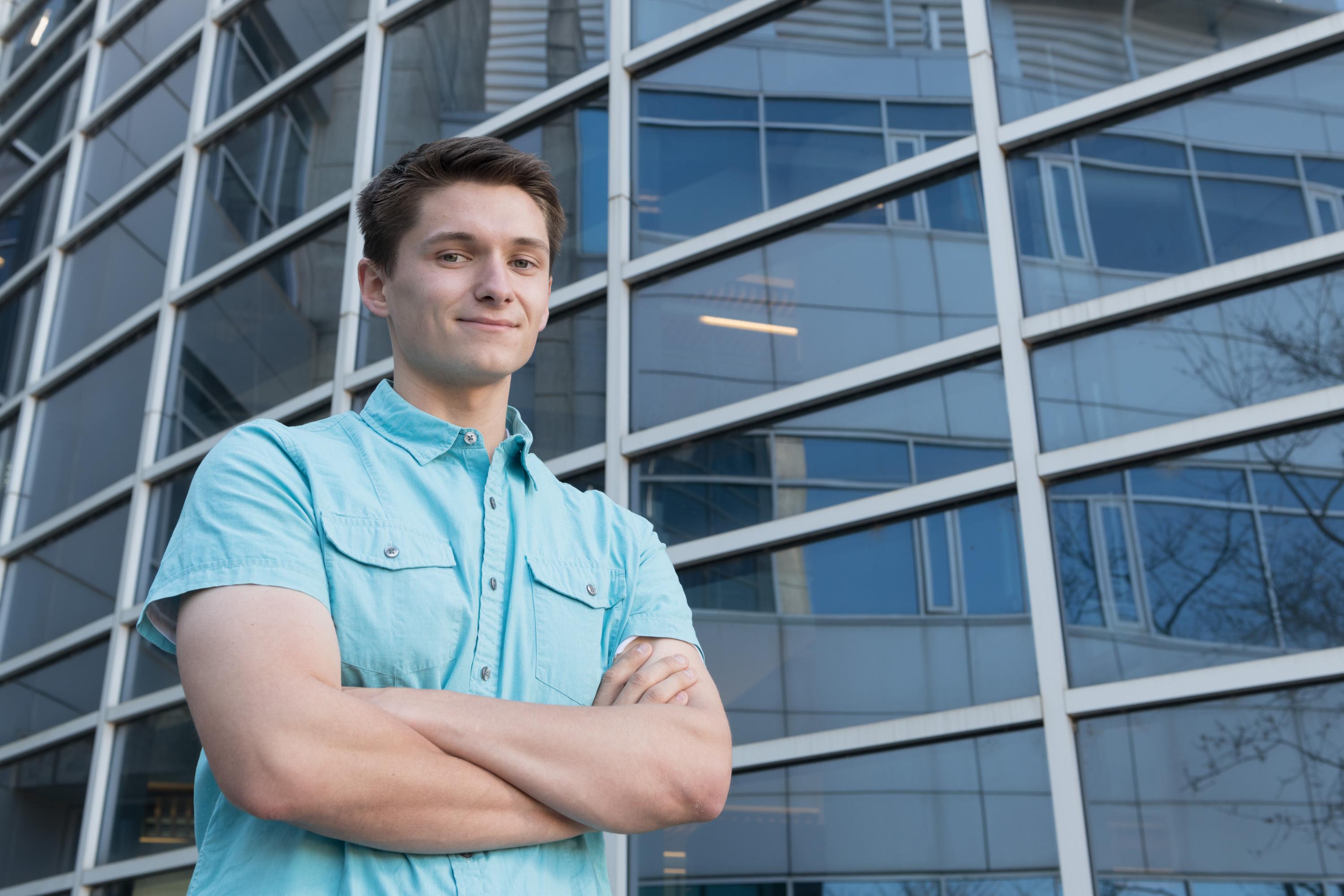