A Dream Fulfilled: He Got In and Got Out

Sam Dennard was denied on his first attempt to transfer into Georgia Tech. He persevered, and now he is graduating with a degree in civil engineering.

Sam Dennard was determined to attend Georgia Tech. The Suwanee, Georgia, resident started his secondary education while at Lambert High School as a dual enrollee at Gainesville State College (now the University of North Georgia). His plan was to earn some credits, save money, and transfer to Tech later. After maintaining a 4.0 GPA and earning 54 credit hours, he thought transferring would go smoothly.

“I was denied on my first attempt to transfer into Tech, which was a big surprise,” he said. “At that point I was at a crossroads. If I wanted to change my mind, that was the time. I had to do a lot of self-reflection and prayer.”

He took more classes, studied a lot, and kept applying. He was admitted to Tech in Fall 2015.

“I was able to get in when I completed the Regents Engineering Transfer Program,” he said, referring to a program that focuses heavily on calculus and physics, to ensure that transfer students are properly prepared for these intense classes when they enroll at Tech.

“I had tried transferring to Tech before I completed that program,” Dennard said. “Even with a 4.0 GPA and 54 credit hours, it wasn’t enough. Since graduating from high school five years ago, I have watched Tech’s admitted students getting smarter. Even now, I still reflect on just how grateful I am that I was accepted in the first place.”

That’s all behind him now. Dennard is graduating with a bachelor’s degree in civil engineering, a field he has been interested in since he was a child building airplanes and airports with Legos.

“One of the things that caught my attention when I was young was not just airplanes but airports,” Dennard said. “I started studying how they work. My dad took notice, and he suggested that I check out civil engineering as a career.”

So, Dennard began researching civil engineering, and it looked promising because he loves building things. He especially enjoys infrastructure, roadways, and transit systems.

“I also enjoy helping people, and I saw civil engineering as a natural extension of that,” he said. “Of all of the engineering majors, we are the focus that’s most involved in public work. A lot of the work we build — buildings, bridges, roadways, and dams — it all serves the public. We’re there to help the public. So, civil engineering was a good fit for me.”

As soon as Dennard got to campus, he joined Tech’s student chapter of the American Society of Civil Engineers (ASCE), later becoming vice president. During his second year at Tech, he served as the lead on one of the chapter’s projects: building a concrete canoe.

“That was a great experience because I went through so many trials,” Dennard said. “I had to learn how to be a problem-solver, a people manager, and a researcher. I had to learn how to be an engineer. Through it all, I was thinking that the experience will help me later in my career because of a lot of the skills I was gaining, especially the soft skills in people management.”

While he was a student, one of the most-talked-about civil engineering projects in recent history occurred — the collapse and rebuilding of part of Interstate 85 in Atlanta.

The collapsed bridge was rebuilt in about six weeks, when some thought the project would take six months to a year.

“It showed what the field of civil engineering can do when the restraints are removed, and when people can work together,” Dennard said. “I followed the project closely, and it inspired me a lot.”

Dennard said he would like to work to make Atlanta’s transportation situation better.

“We are a city of commuters in single-person cars. There is so much we can do, and I want to be part of that change that can happen in Atlanta over the next few decades,” he said.

After graduation, Dennard is going to work as a roadway engineer in design for Pond & Company, a mid-sized engineering firm headquartered in Peachtree Corners, Georgia.

In addition, in the fall he will begin studying part-time at Tech for a master’s degree in transportation engineering. 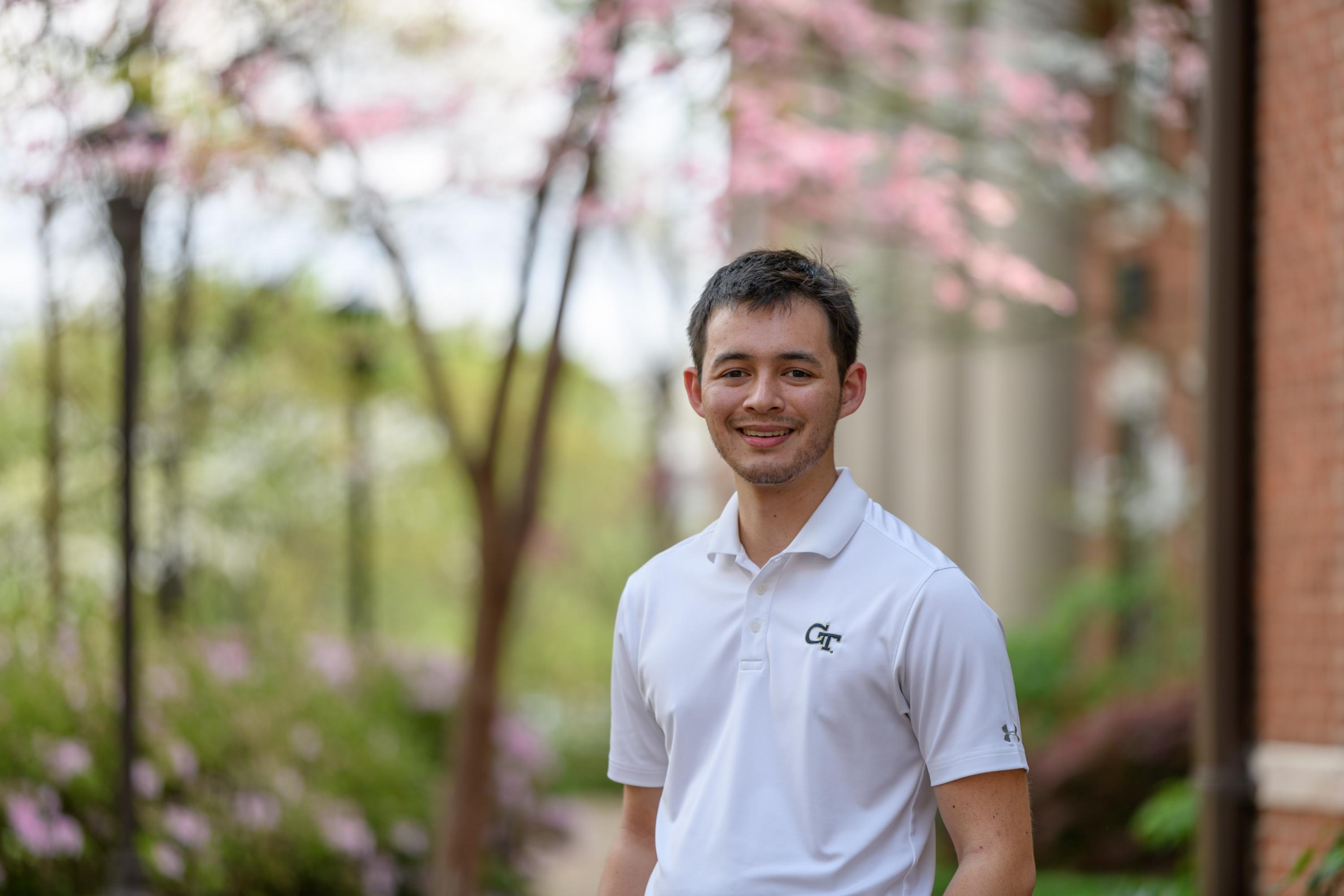 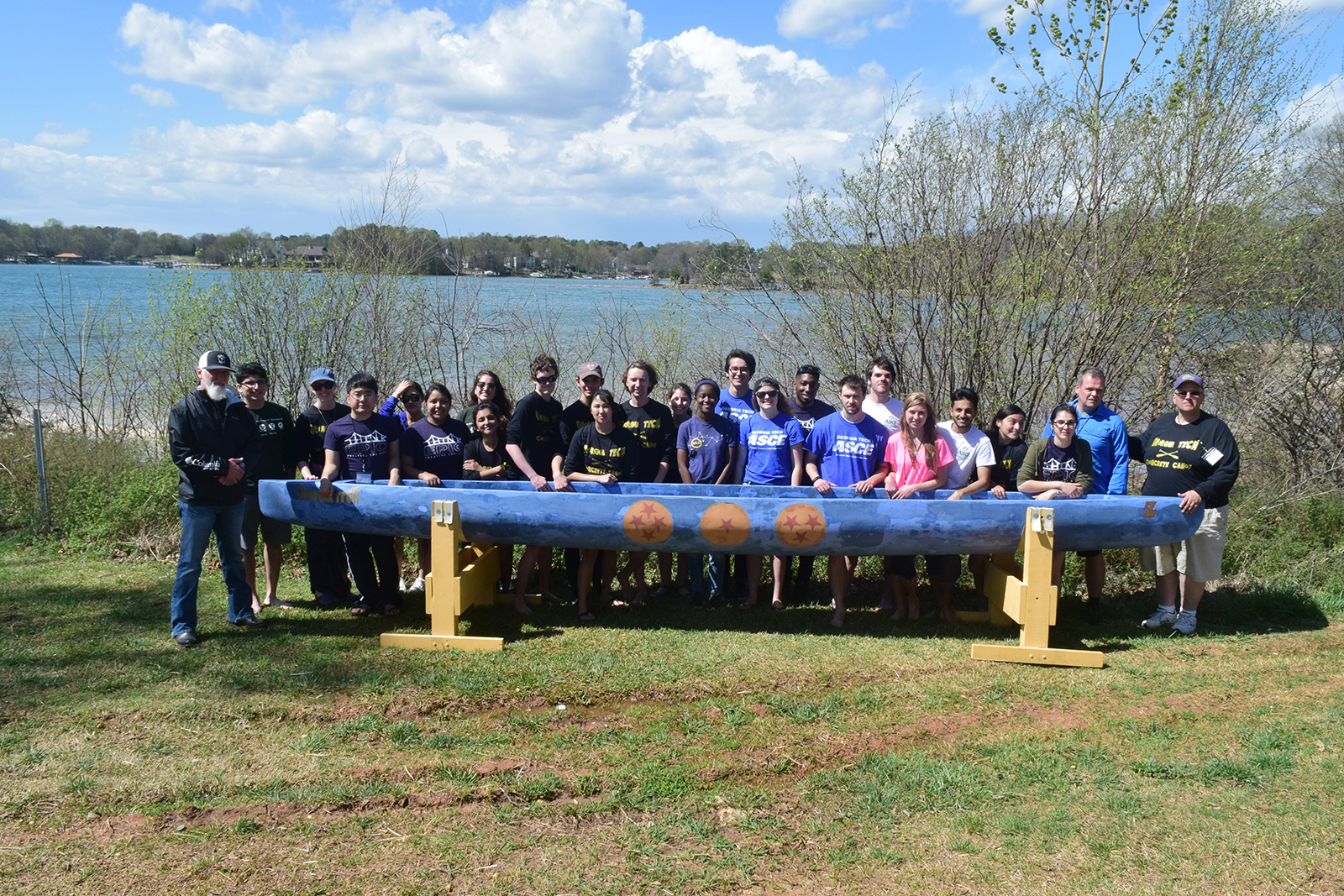