Donald “DJ” Jordan’s love of landscaping began at age 8 when he would follow his grandfather around as he operated the family’s landscaping business, Jordan’s Landscaping.

“I would walk around with a notepad when he was going to bid on jobs,” Jordan said. “I would try to absorb everything, like a sponge.”

Jordan, a groundskeeper with Landscape Services in Facilities, is a fourth-generation landscaper. When Jordan’s great-grandfather returned from World War II, he started a landscaping business with his son, Jordan’s grandfather. The company performed residential and commercial landscaping across metro Atlanta. The business later included Jordan’s uncles.

In 2016, Jordan and his brother branched out and started Jordan’s Legacy Landscaping, in honor of their grandfather and great-grandfather.

“My brother and I are trying to follow their footsteps and carry on the legacy. That’s why we’re continuing the business now, after 70-plus years of serving the community,” he said.

“He taught me that nothing happens overnight, and that hard work brings success. He also told me to devote time and respect to your family,” Jordan said. “The importance of family was stressed day in and day out. Also, the importance of prayer and trusting in God over everything.”

Jordan keeps a hand in the family business while working at Tech. He came to Tech in 2014 because it was an opportunity to broaden his experience and knowledge. As a groundskeeper II in Facilities, he maintains the historical part of campus called The Hill, including Tech Lawn.

He is responsible for everything except maintaining the grass. His work includes planting flowers, trimming the hedges, applying pine straw, and the overall beautification of the area. The Hill is often the first area that visitors see when they come for a campus tour, and Jordan wants to make a good first impression.

“We plant annual flowers twice a year, in spring and fall,” he said. “Right now, for the spring installation, we have zinnias, lantanas, and celosias. And, they’re thriving.”

Jordan is a self-described football fanatic. Although he was born and raised in metro Atlanta, he has been a lifelong Pittsburgh Steelers fan because his childhood little league team in Scottdale, Georgia, was also called the Steelers.

“The Steelers stole my heart at a young age, and I became an instant fan,” he said.

When Jordan and his fiancé, Janise, were planning their wedding, he suggested they get married in Bobby Dodd Stadium — to combine his love of Janise with his love of football.

“It was a difficult task to get my wife on the same page to see my vision for the wedding,” Jordan said, laughing.

But he was convincing. On July 30, 2016, the couple married inside the President’s Suite of the Bill Moore Student Success Center, overlooking Grant Field.

“It was very beautiful and memorable, and we had a great experience. She gave me extra kisses when the ceremony was over, and again when she saw the wedding pictures later,” Jordan said. “The staff at the Success Center were gracious to accommodate us for the ceremony.“

“My greatest accomplishment is getting married and forming a lifelong bond with my wife,” he said. “Being a full-fledged family man is my joy.” 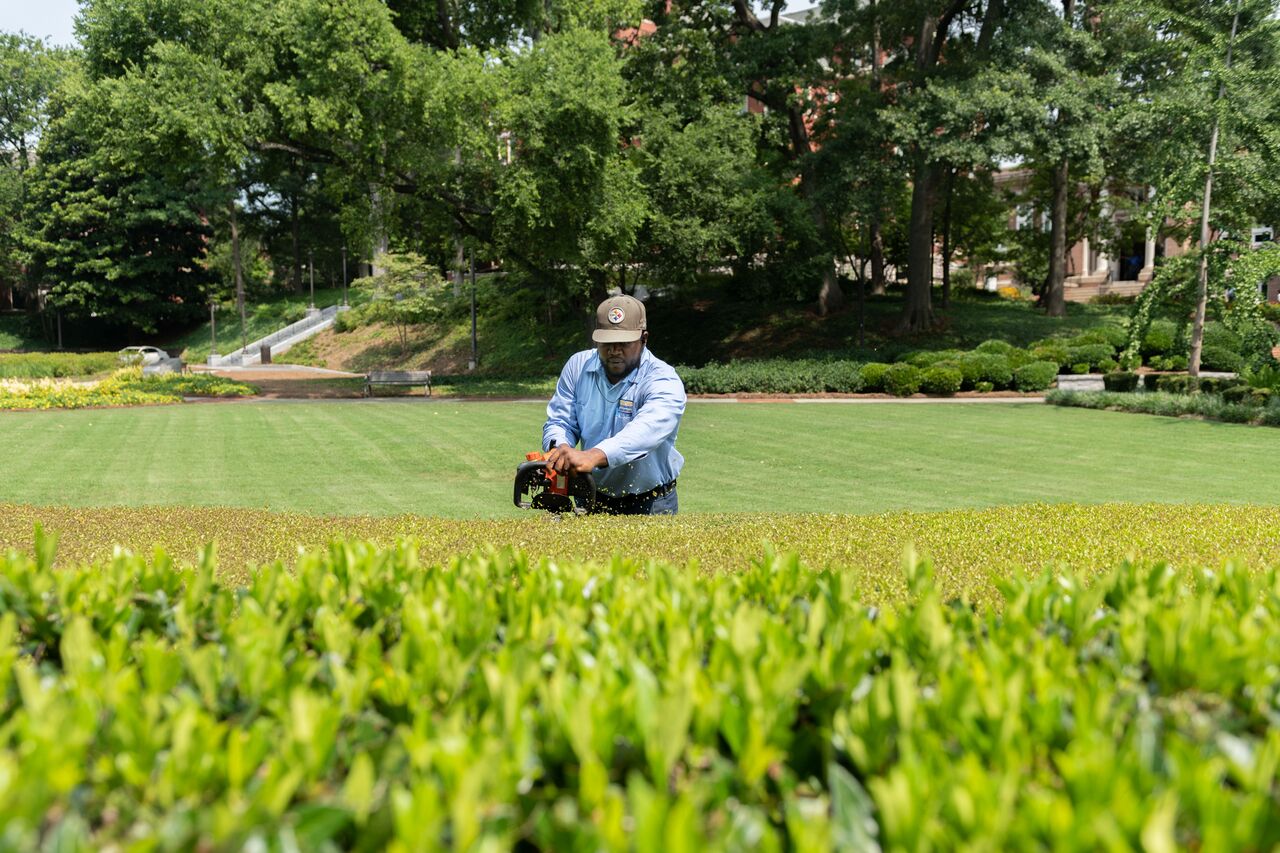 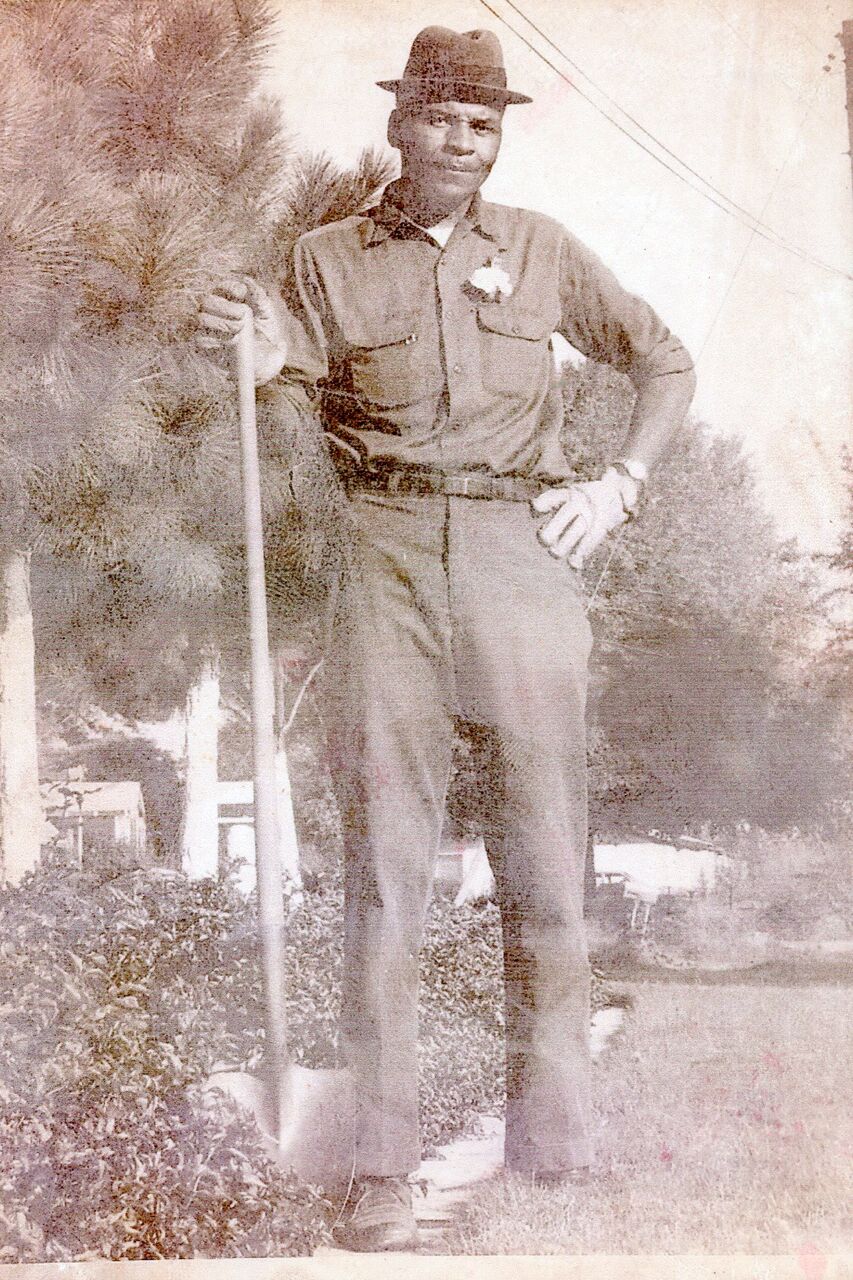 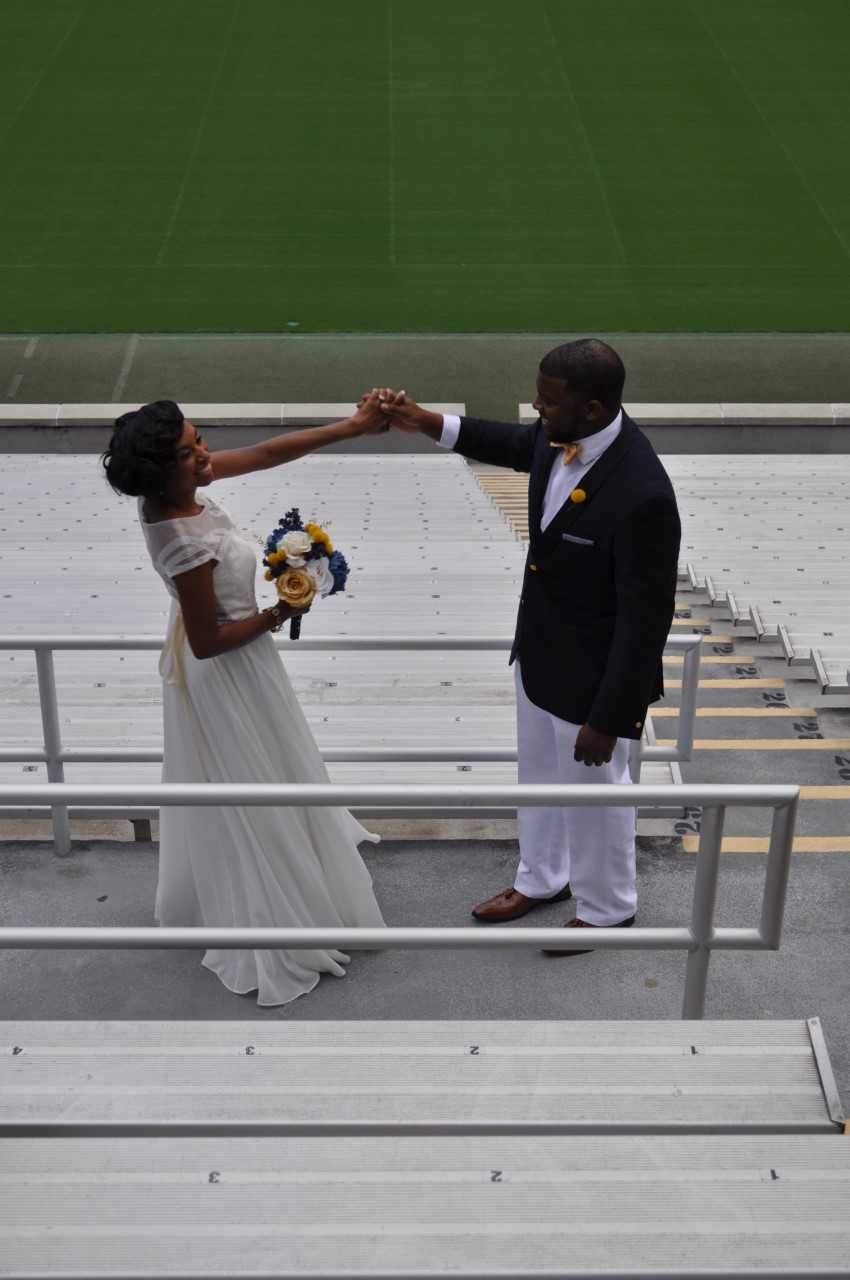 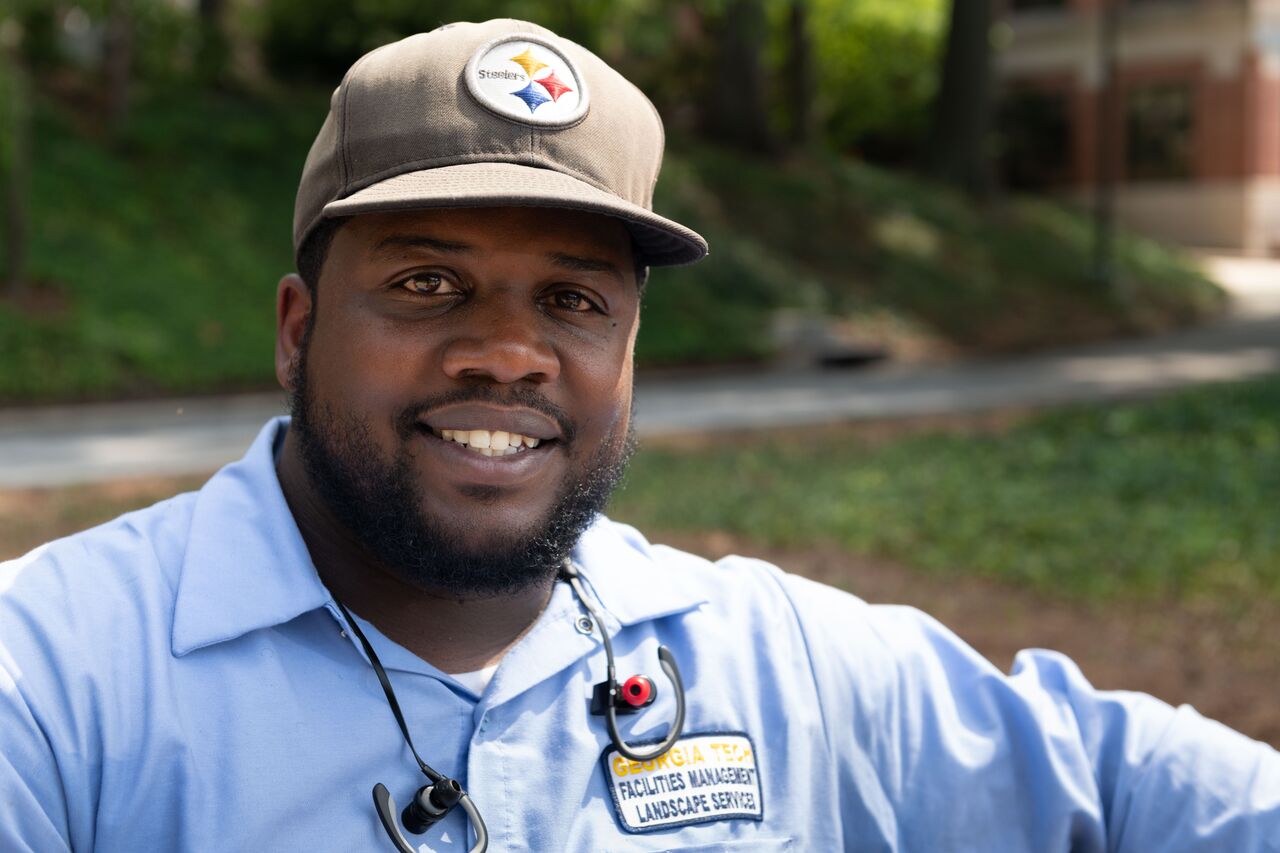 The summer heat is brutal, and most people escape inside for the air conditioning. But, to keep your yard looking good, DJ suggests braving the heat to complete a couple of gardening tasks.

- Wait until October to plant perennial bulbs such as tulips and daffodils.

- In October, aerate the grass.