As was the case in 2018, a record number of students applied for admission this year. Georgia Tech saw a 12 percent increase in Early Action applications for a total of 20,289.

Georgia Tech welcomes 4,000 students from around the world today as it issues decisions for Early Action applicants for the incoming class of 2019.

As was the case in 2018, a record number of students applied for admission this year. Georgia Tech saw a 12 percent increase in Early Action applications for a total of 20,289.

Some students got their early action decisions early.

Members of Georgia Tech’s Undergraduate Admission team traveled across the state Friday to personally hand-deliver acceptance letters to more than a dozen students. They visited high schools in Atlanta, Warner Robins, and Winder and invited the students’ families and friends to join in on the celebration.

The school visits allowed the admissions team to meet some exceptional students in person, after spending months reading thousands of applications.

Chris McCrary hugged his mom, Jennifer, who was in tears. She gave him a Georgia Tech sweatshirt. He took off the Drew Charter sweatshirt he was wearing and put on the one that represented his future.

“This is amazing,” Chris said, overwhelmed. “I’ve worked so hard to get here and get to a place where I can succeed.”

He plans to major in architecture and hopes to build mixed-use developments with an emphasis on affordable housing.

“I am melting, I’m just so proud of him,” Jennifer McCrary said. “You want your child’s hopes and dreams to be fulfilled, and this is where he wants to go.”

At Atlanta’s Coretta Scott King Young Women’s Leadership Academy, Ayanna Prather was surrounded by her mother, uncle, and closest friends when she opened her acceptance letter.

“Thank you. This is so special,” an emotional Prather said. “Georgia Tech is the difference between getting an education and getting a quality education.”

Prather is her school’s valedictorian and was admitted through the Atlanta Public Schools Scholars program. Georgia Tech will cover tuition and fees for four years.

This year’s Early Action admit pool also includes 300 Georgia Tech Scholars — students who are either valedictorian or salutatorian of their class at a Georgia high school.

Prather is already familiar with Tech through Project Engages, which brings high school students to campus, where they conduct research in labs and learn more about engineering, science, and technology. Prather discovered her passion for science through the program and plans to major in psychology. She hopes to fight the stigma against mental illness, particularly in African-American communities.

This year, the Institute is offering a new way for first-generation, in-state students to come to Tech through its Georgia First Pathway Program. The program is for first-year applicants who are Georgia residents and whose parents have not completed a bachelor’s degree. This program becomes the sixth pathway option for students who may not be admitted initially but want to pursue transferring to Georgia Tech.

This is the second year Georgia Tech has seen a larger jump in applications during the Early Action round, a trend that’s happening at universities across the country and recently made news in the pages of the Washington Post.

Applicants for Regular Decision admission to Georgia Tech will be notified Saturday, March 9. 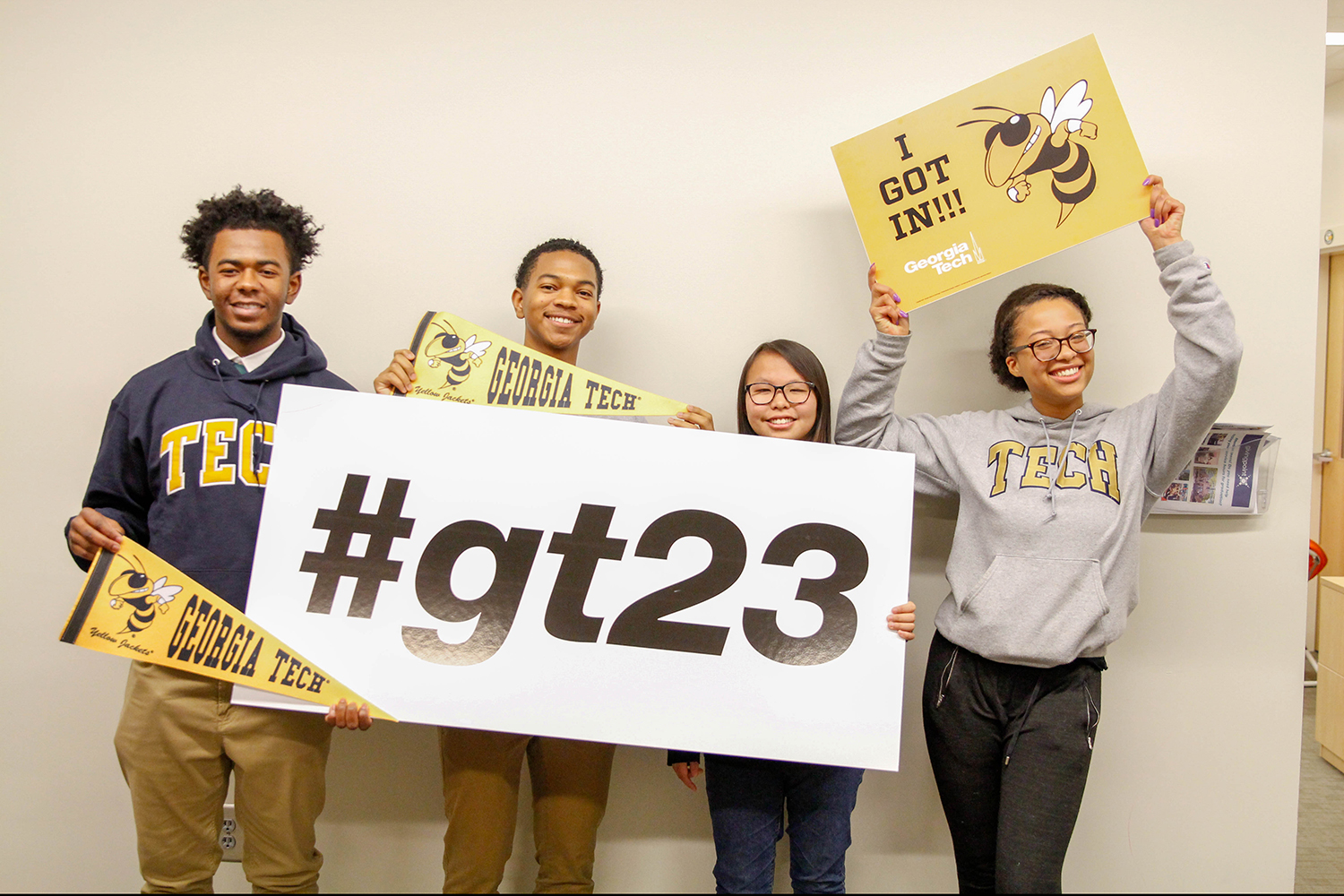 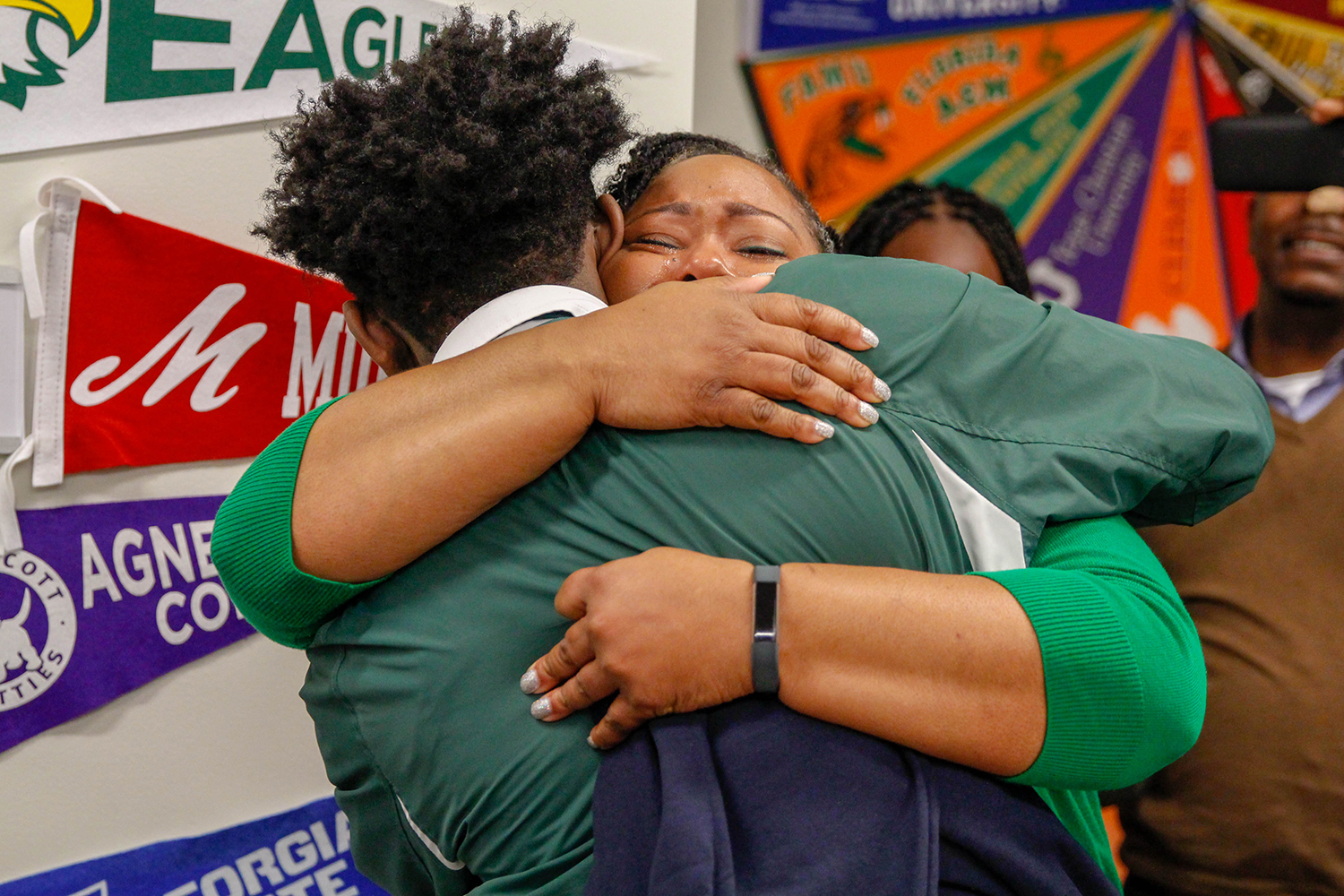 Jennifer McCrary embraces her son Chris who learned of his admission to Georgia Tech in person on Friday, Jan. 11. 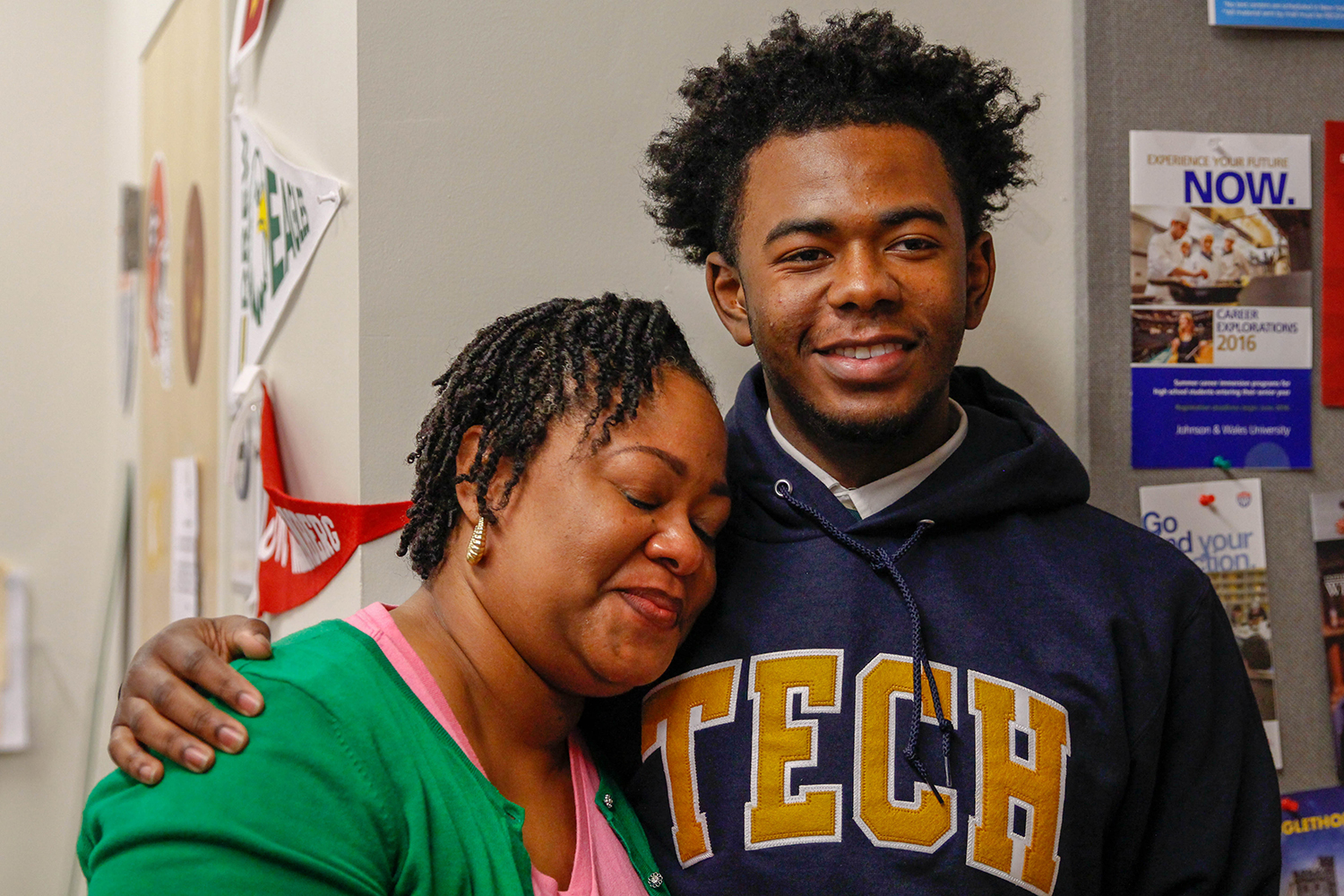 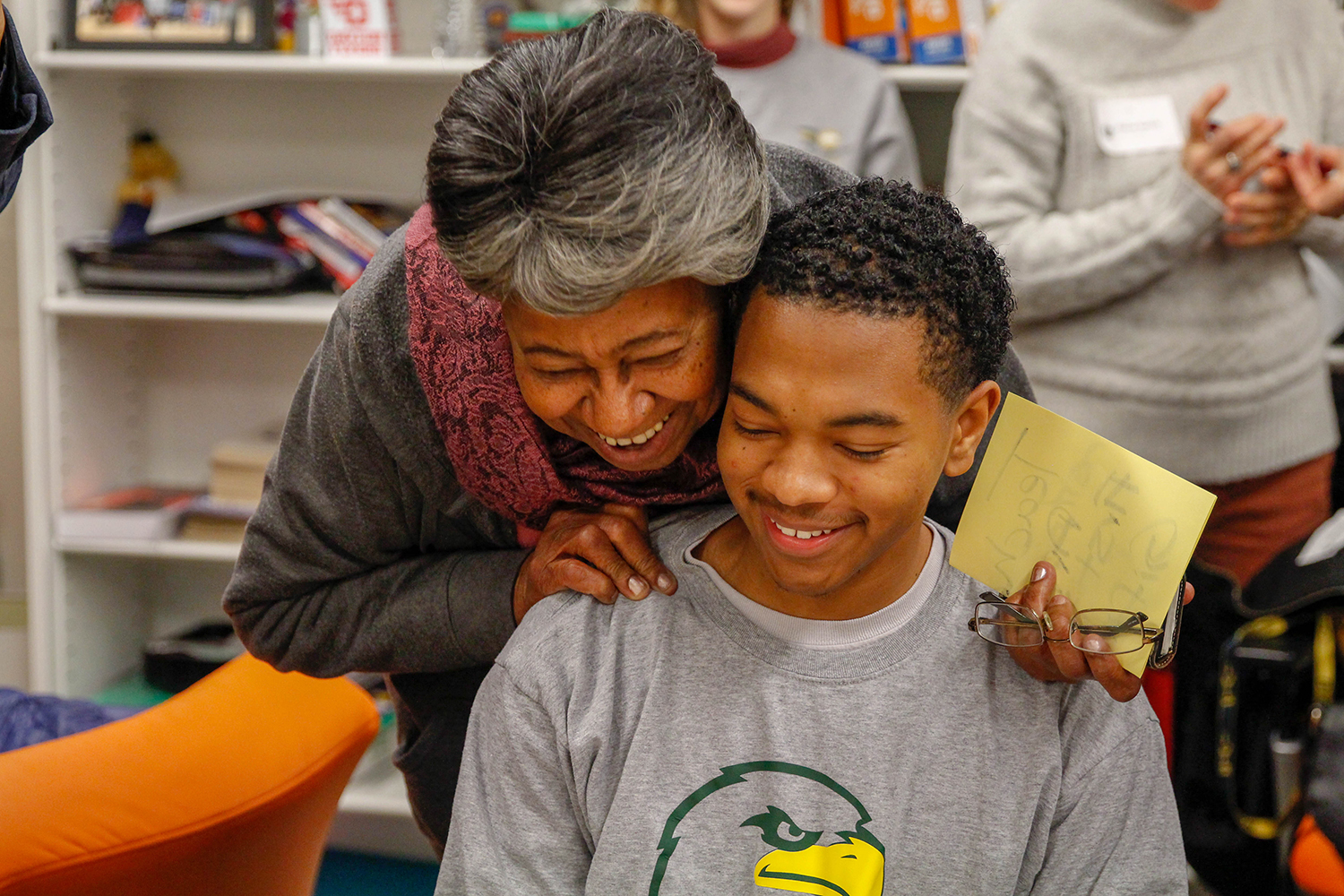