HANDLD is a disruptive, first of its kind device that gives cyclists the power to identify, record and report violations of safe passing laws across the nation.

Drivers in Georgia could be breaking the law and not even know it.

Georgia law requires a driver to leave a “safe distance” when passing a bicycle, defining it as not less than three feet. And the Georgia Tech students behind HANDLD want to help enforce this law and keep bicyclists safer.

HANDLD is a set of cameras and distance sensors that can be attached to a cyclist’s handlebars. The backward-facing cameras and sensors are always running. HANDLD kicks into full gear if a vehicle comes within that three-foot zone.

“If it gets triggered, the front-facing camera takes a series of pictures of the violator’s license plate,” explains HANDLD co-creator Erik Van Winkle. Through a smartphone app, users will be able to take video and photos as well as time-stamped and geotagged data, and report the violation to police.

The HANDLD team believes the data they collect could also be used to make more roads safer for cyclists. “We can actually make a heat map of all the violations that happened on a street corner or a stoplight,” says avid cyclist and Georgia Tech engineering student Colin Santoro.

Santoro says that the HANDLD device could share data with city planners to determine where infrastructure could be updated to benefit bicyclists. According to the League of American Cyclists, 42 of 50 states have adopted safe-passing laws.

Until now, according to HANDLD, many cyclists have tried to develop their own methods to stay safe while sharing the road. They spoke with one woman who attached foam pool noodles to her bicycle to maintain a three-foot buffer between herself and traffic.

“We want cyclists to take their safety into their own hands,” Van Winkle says. And save the water flotation devices for the swimming pool. 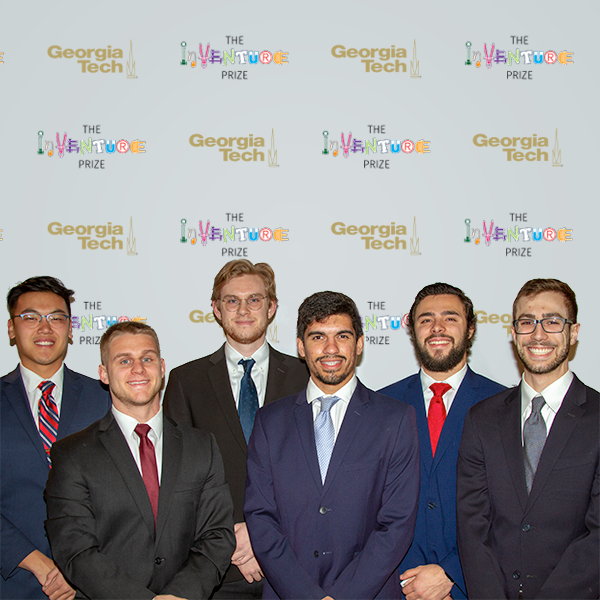 HANDLD is a disruptive, first of its kind device that gives cyclists the power to identify, record and report violations of safe passing laws across the nation.