Smoking cigarettes can be one of the most difficult habits to break. According to the CDC, nearly 70% of smokers wished they could quit. The Georgia Tech students behind Nix hope their invention can help increase the number of successful quitters.

Smoking cigarettes can be one of the most difficult habits to break. According to the Centers for Disease Control and Prevention, nearly 70 percent of smokers wished they could quit. The Georgia Tech students behind Nix hope their invention can help increase the number of successful quitters.

They developed an e-cigarette device with a custom-coded computer that gradually reduces the amount of nicotine a user receives.

“We saw some of our friends struggling with addiction to e-cigarettes and cigarettes,” mechanical engineering student Robert Patterson explains. The team gathered information about current smoking cessation options, and asked themselves what was keeping success rates so low.

There can also be significant user error in many standard quitting options. A forgotten patch here or too much gum chewing there, and you’re off the intended plan. “With our product, you don’t have to think about any of that. You just use it,” says computer science major Robert Olsen.

What makes Nix different? The onboard chip on the device collects data about the user’s habits and develops a customized plan to taper off nicotine.

“It can tell exactly when you last puffed, so we know how much nicotine we last gave you. We keep track of your entire history of use,” explains Nix co-inventor Mohammed Aamir. “Over time, because we have control of nicotine output, we can taper it down over a period of four to six weeks.” Eventually, the team says, you’re just getting vapor and you’re not chemically dependent on the device.

“The idea is to make it as simple as possible so you’d barely even notice,” says Stone.

The CDC says smoking increases the risk for serious health problems, many diseases, and death. People who stop smoking greatly reduce their risk for disease and early death. Although the health benefits are greater for people who stop at earlier ages, there are benefits at any age. 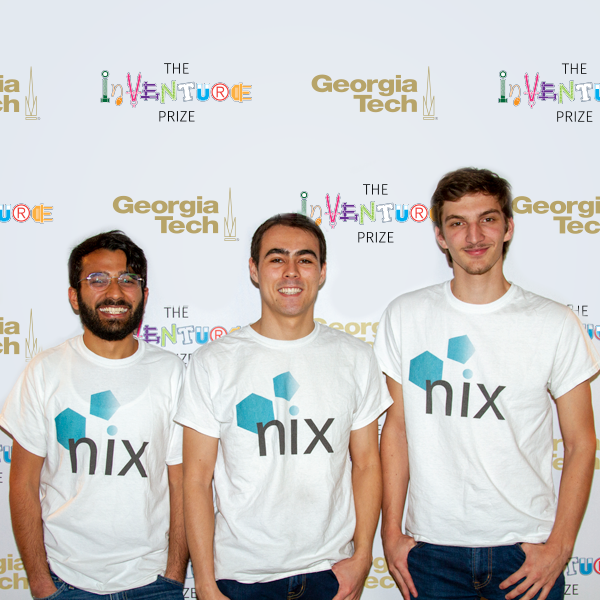