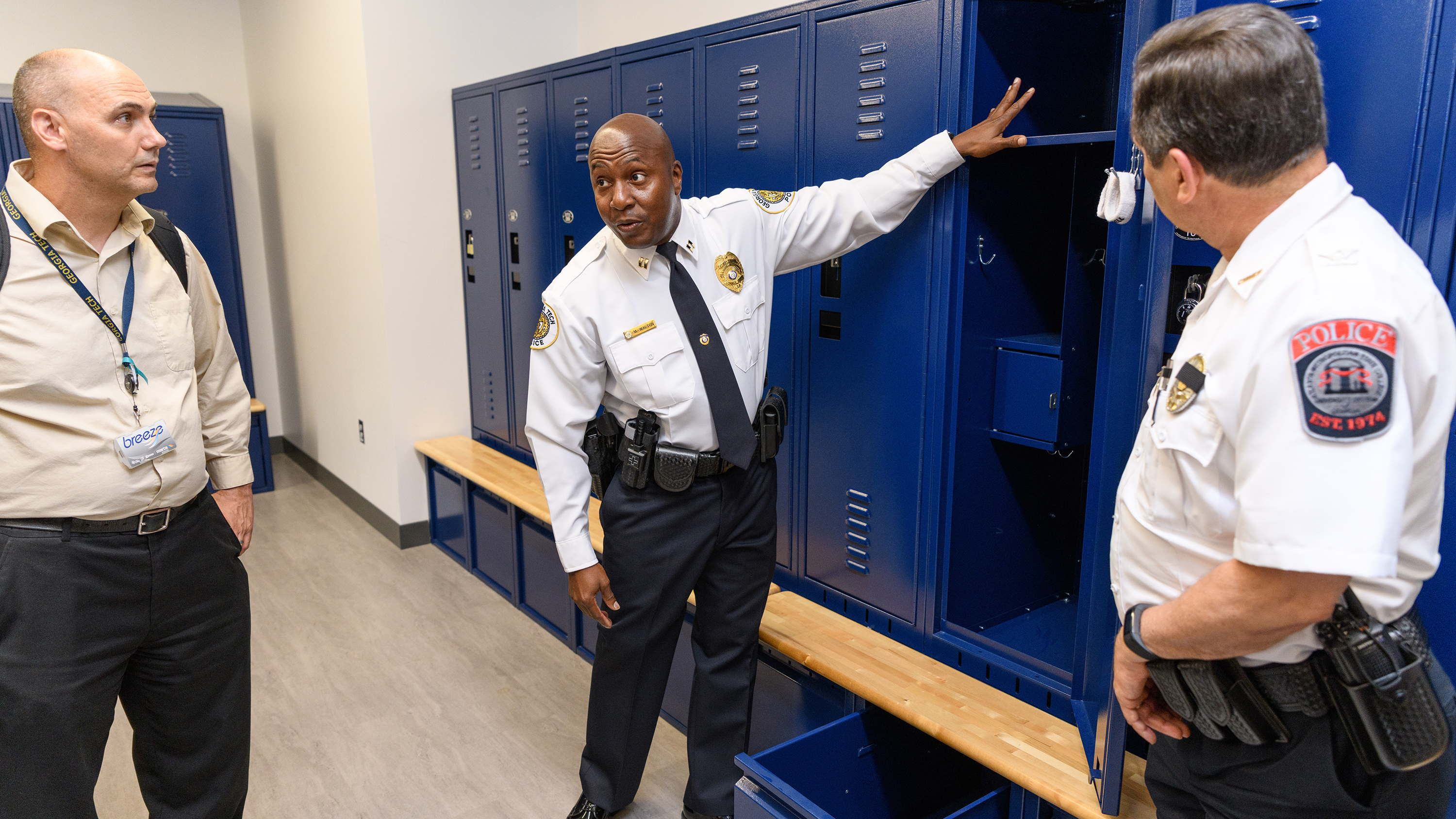 When Georgia Tech leaders cut the ribbon July 11, 2019, on the new Georgia Tech Police Department Building at the corner of Hemphill Avenue and 10th Street, they also effectively opened the doors and laid out a welcome mat for the community.

The new, state-of-the-art 30,000 square-foot facility unifies the department from five separate buildings across campus, allowing divisions to better collaborate to keep the campus safe and engage with the surrounding neighborhoods.

“During the design process, GTPD members expressed the desire that their new home would be an inviting place that made visitors feel welcome when they came in,” said Georgia Tech President G.P. “Bud” Peterson. “The lobby is illuminated with natural daylight and has an area that allows us to feature community art. The underlying idea is that our police want to be partners with the Georgia Tech community to underscore that we’re all part of the same team when it comes to public safety.”

Preparation of the site began in July 2017, and officers began occupying their new headquarters in June 2019. Key features of the building include:

“This building is a direct reflection of our department’s personality: engaging, functional, and innovative,” said William Smith, Georgia Tech’s director of Emergency Preparedness and project leader for the new building. “It was my task to ensure the design team never lost sight of this intent. We wanted the building to support how we operated and wanted to operate, rather than the opposite.”

The ribbon cutting was preceded by the unveiling of a plaque honoring the service of GTPD Sgt. Gary Beringause, who was killed in the line of duty in 1986. Beringause, who served with GTPD for 14 years, was on escort assignment for the Georgia Tech football team on Nov. 28, 1986, when he and Assistant Athletic Director Jim Luck were killed when their vehicle was struck by a jack-knifing tractor trailer. Members of the Beringause family were on hand for the unveiling of a plaque commemorating his service and officially naming the building’s large meeting space the Sgt. Gary F. Beringause Community Room.

“He is not forgotten, and all those who step inside that room will be able to read about his contributions,” Peterson said.

Located on the first floor of the GTPD building, the Beringause Community Room is available for outside groups and will serve as a resource for the Georgia Tech and Home Park communities.

“This building is for the community,” said GTPD Chief Robert Connolly. “It helps us serve them, and we’re glad to be able to have them come in here and make use of the facility for their meetings and be an active part of how we serve the campus and surrounding neighborhoods.”

The Georgia Tech Police Department named its community room for the late Sgt. Gary Beringause who was killed in the line of duty in 1986. On hand for the ceremony were, from left, his son, Allen Beringause; his widow, Judith Beringause; and his son, Sean Beringause. 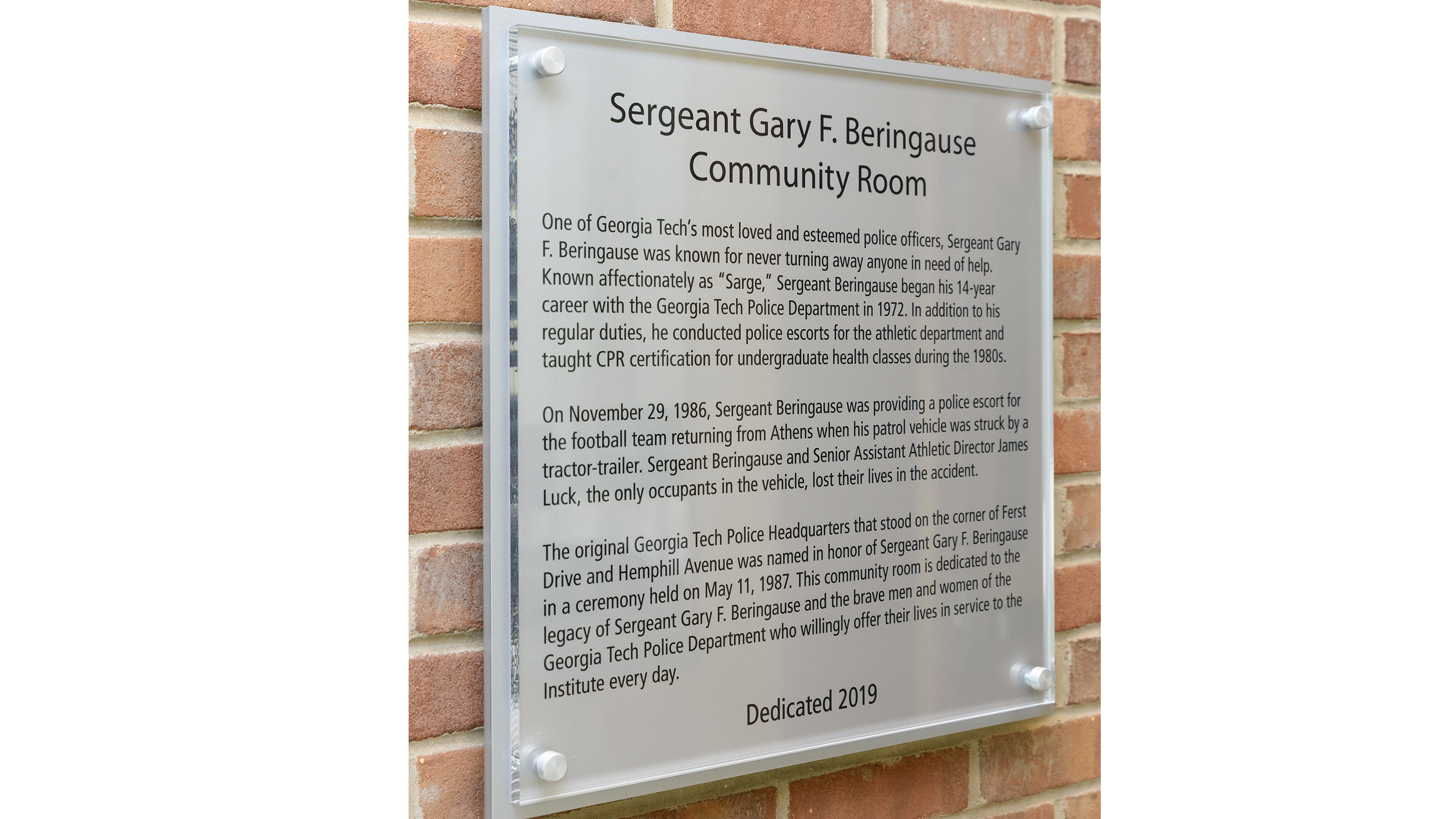 The Georgia Tech Police Department named its community room for the late Sgt. Gary Beringause who was killed in the line of duty in 1986. 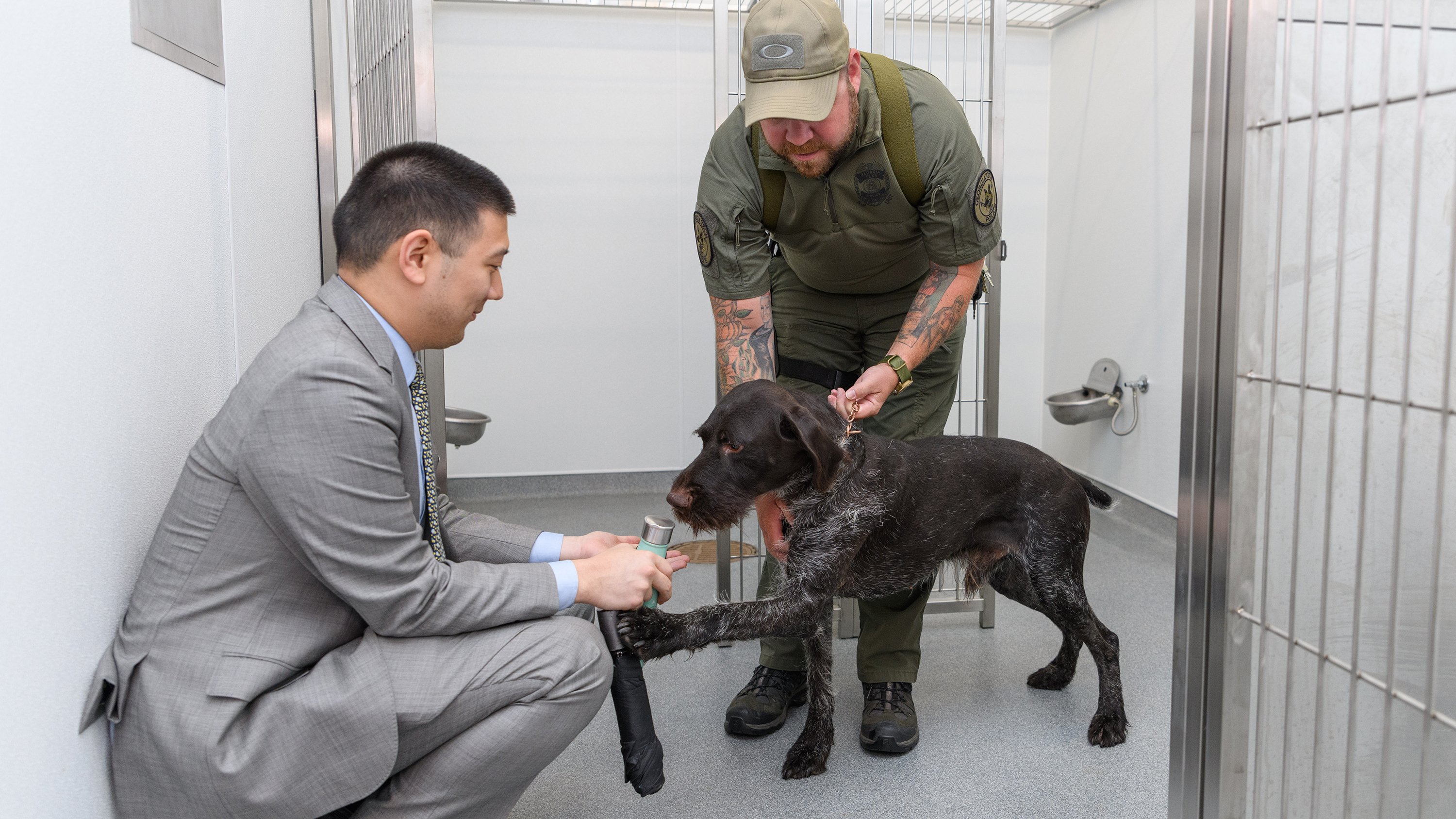 For the first time, GTPD K9s have kennel space including showers in their new Georgia Tech Police Department.