Tegra Myanna brings experience and enthusiasm to the leadership role. 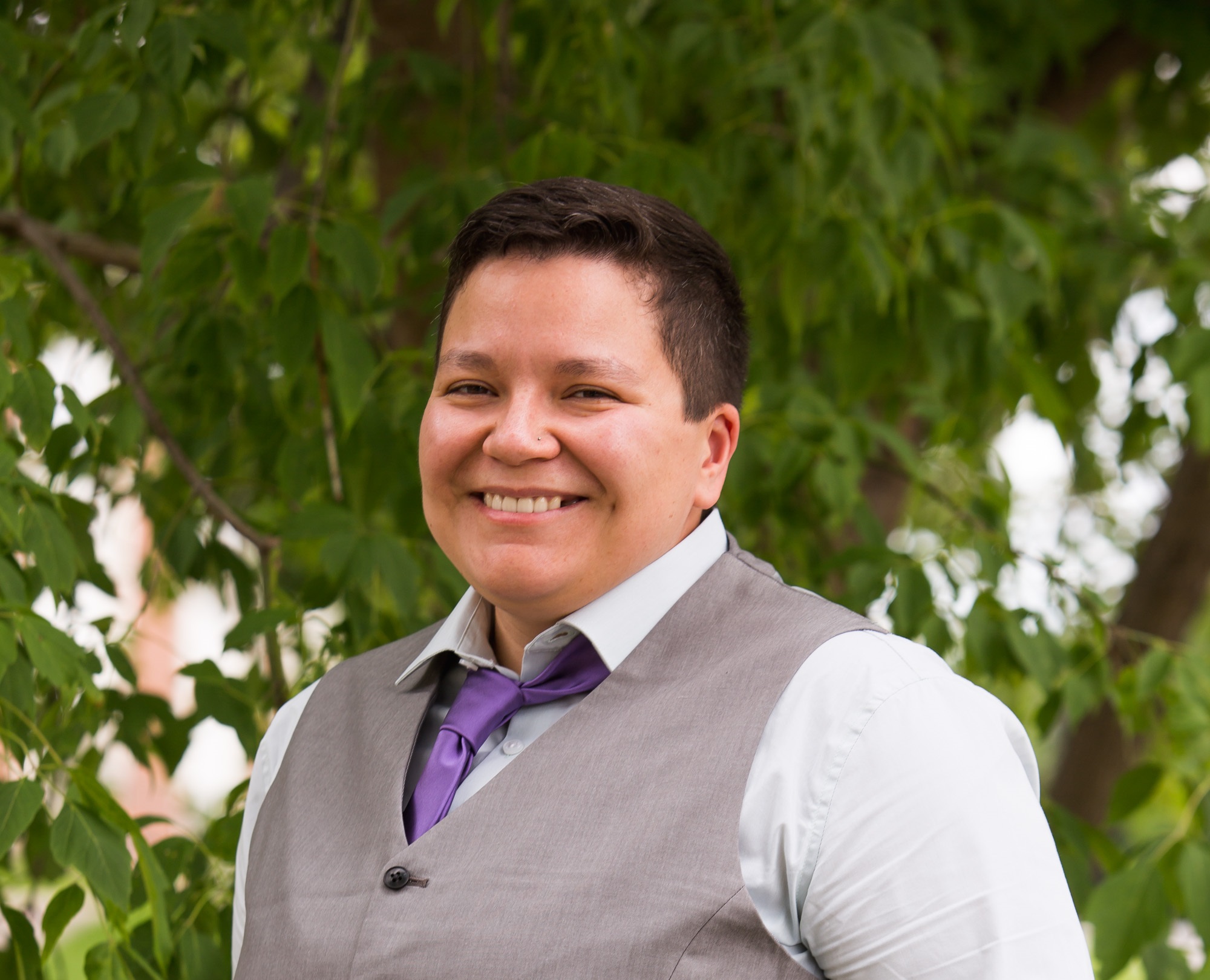 Tegra Myanna will begin their new role as director of the LGBTQIA Resource Center on May 11.

“It’s going to be pretty incredible.” Tegra Myanna (they/them/theirs) is in their home office in the Twin Cities juggling a video interview with the seemingly endless tasks involved in preparing to sell a house, move to a new city, and start a new job. The fact that it’s all happening in the middle of a pandemic hasn’t dampened Myanna’s enthusiasm.

“I’m excited to join a campus that is about building community and building safer, more inclusive places on campus,” they said.

Myanna will be arriving at Georgia Tech (if not physically, at least technically — and somewhere inside Atlanta’s city limits) on May 11 as the new director of the LGBTQIA Resource Center. Since 2017, they have served as assistant director of the Lealtad-Suzuki Center, which provides multicultural training, programming, and education at Macalester College in St. Paul, Minnesota. Before that, Myanna was the assistant director of the Gender and Sexuality Center at Carleton College and an area director for the Office of Residential Life, also at Carleton.

Taking on this new role at a larger, technology-centric public university in the South was a welcome challenge for Myanna, who holds a B.S. in biological sciences and a master’s in higher education administration from the University of Nebraska-Lincoln. In particular, they’re interested in building relationships with graduate students and alumni. “Thinking about what this work could look like with students who are there to engage professionally and move forward in their careers is something I look forward to,” they said.

Another goal is to develop mentorship programs related to career exploration and navigating the workplace. “We want to do the work to make sure they feel supported and confident enough in their identity to be able to leave Tech and know they always have a place they can come back to — but they can start creating that community wherever they go.”

Myanna is also excited about moving to Atlanta. “To go to a larger city that has a lot of resources, a lot of community, for LGBT folks and folks of color” is extremely important to them. “Being able to connect the students to off-campus is something that I really appreciate, and I think you can do that really well in places like the Twin Cities and Atlanta.”

Another draw, in Myanna’s view, is the “ability to create a better space for BIPOC (Black, Indigenous, and People of Color) queer and trans folks at Georgia Tech. What does it look like to make sure that they feel equally a part of the community and as celebrated as our white queer and trans students? That’s the stuff that happens through collaboration and connection, both on campus and off, and that’s where I’m really excited to go — building a center that exists very strongly on campus but that has really strong ties to the community.”

Before Myanna officially starts, they are preparing a video message to the community, which will air during the virtual Lavender Awards on Wednesday, April 22, beginning at 6 p.m.

Once here — whether from a new home office or from the Flag Building — they will begin reaching out, getting to know the community, and building on what interim director Camilla Brewer and a dedicated staff have accomplished in the center’s first six years.

Learn more about the LGBTQIA Resource Center and its history, resources, and programs here.