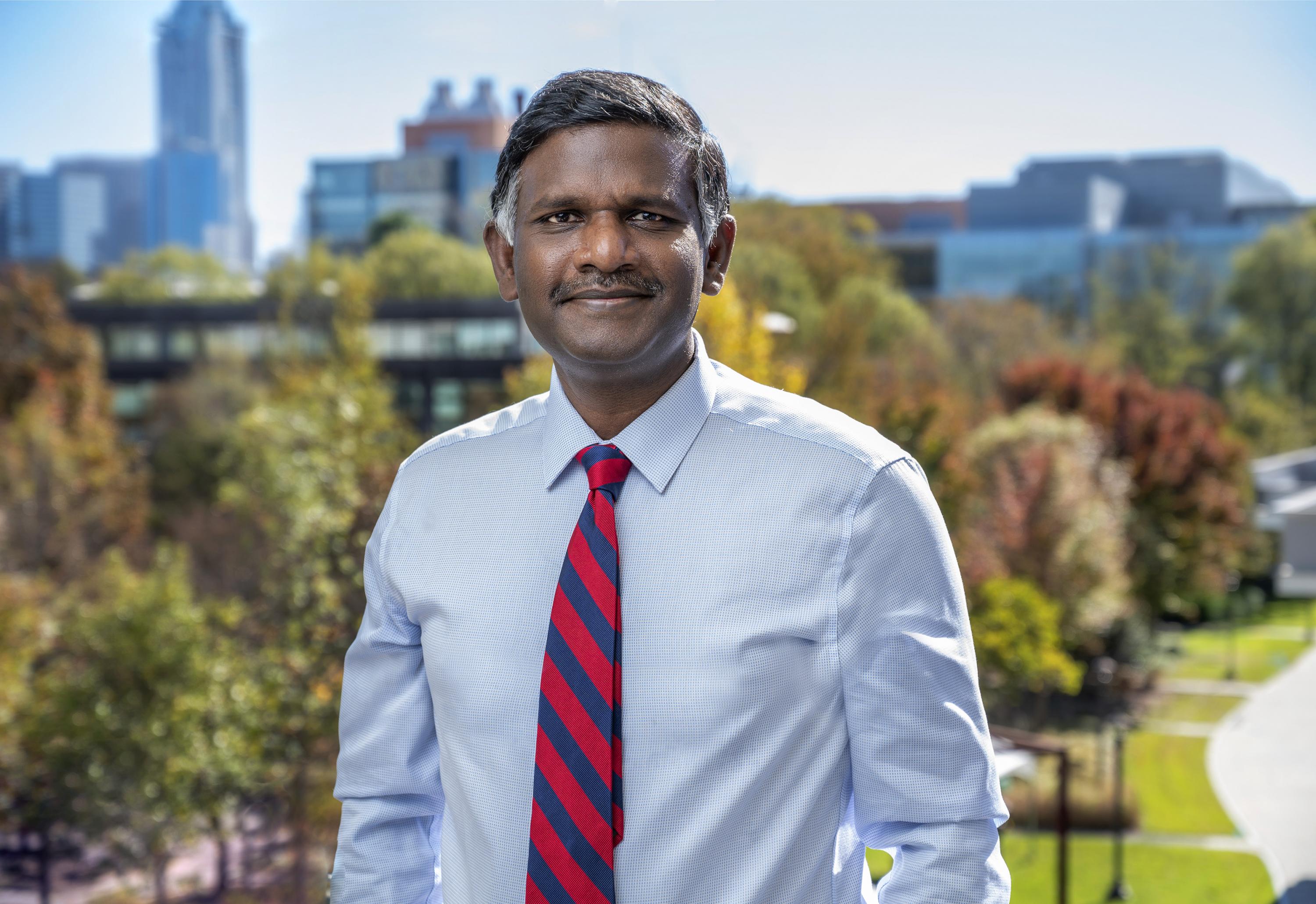 In that role, Sivakumar will bring together commercialization and technology transfer activities from across campus with a goal of moving more intellectual property out into the marketplace to help expand Georgia Tech’s impact on the world. Attaining that goal will involve increasing the number of startups launched by faculty, staff, and students, expanding the amount of technology transferred to industry – and instilling entrepreneurial confidence in faculty, staff, and students.

“We want to make Georgia Tech the number one startup campus in the country,” Sivakumar said. “The culture on campus is changing to embrace commercialization, entrepreneurship, and technology transfer to power an ecosystem that is generating impact in those areas. We are changing the culture in such a way that we’ll absolutely get to the next level.”

As Interim Chief Commercialization Officer, his job for the coming months will be to assess Georgia Tech’s strengths and weaknesses to build the foundation for streamlining the process of connecting Georgia Tech faculty, staff, and students with potential users of the technology produced in large part by the Institute’s billion-dollar research program.

“We want to provide a pathway for everyone associated with Georgia Tech to contribute to the innovations that improve the human condition and address the issues that will be critical in the coming decades,” said Raheem Beyah, vice president for Interdisciplinary Research and founder of a company in the industrial security space. “As a state institution, we must expand our focus on economic impact for Georgia.”

Sivakumar, who holds the Wayne J. Holman Chair in the School of Electrical and Computer Engineering (ECE), saw firsthand the power of entrepreneurship during his graduate program at the University of Illinois at Urbana-Champaign as his advisor launched a company that raised capital, manufactured products, and was ultimately acquired.

“That really planted a seed in my mind and I could see the difference and the interplay between research for the purpose of furthering knowledge and research that gets translated into impact,” he explained. After he arrived at Georgia Tech as a tenure-track assistant professor, he found support for pursuing interests in video technology startup EG Technology, which was headed by another ECE professor before it was acquired.

“I was fortunate to be part of the founding team, and that really helped me understand the mechanics of what it takes to raise money, build product, and go to market,” he said. “It really changed my perspective on the meaning of research and how I should be thinking as a researcher about the potential for impact.”

That experience whetted Sivakumar’s appetite, and two other successful startups followed: Asankya and StarMobile, both of which were acquired by larger firms. With a record of three successful companies, he moved next to support the growing interest in entrepreneurial competence for students through CREATE-X. The Georgia Tech program’s goal is to “provide the knowledge, skills, abilities, and experiences that will give Georgia Tech graduates the confidence to create their own future and confidently pursue entrepreneurial opportunities.”

In six years, CREATE-X has helped launch 230 student-founded companies, the largest of which now has more than 100 employees and raised $15 million from investors including a famed Silicon Valley venture capital company. CREATE-X engages thousands of students each year.

“We think we have changed the student perspective on entrepreneurship quite a bit,” Sivakumar said. “Even if they do not create a venture, they have the entrepreneurial confidence. That makes them more valuable to the large companies who may hire them for their entrepreneurial skills even if they never launch a new company.”

Creating a Culture of Impact

Building on all this experience, Sivakumar is now taking on perhaps the most significant challenge of all: changing the culture of Georgia Tech.

“Siva is a proven entrepreneur and educator in this space,” said Chaouki Abdallah, Georgia Tech’s executive vice president for Research. “He is uniquely qualified to translate the language of faculty, staff, students, and the people who will use the technology we develop. He knows how the process works and how to connect the different parties involved.”

Universities have a long history of developing and sharing knowledge with the world. As useful as that is, it leaves the ultimate application of this knowledge largely to other entities. Universities trust that their graduates may transfer the knowledge they learn in class, team activities, and labs. Intellectual property may be used by industrial companies or government agencies to improve products and processes. New technology may fuel the formation and growth of new companies, creating jobs and investment.

But too often that doesn’t happen.

“This has always been a rather disconnected process and universities are figuring out that they need to play a more active role in creating that impact,” Sivakumar said. “We can’t just hope that somebody from the outside will find out about what we’ve done and make an impact with it. We have to take an active role, and that will amp up the impact that universities will have in the long run.”

That’s not to say that Georgia Tech hasn’t been working hard on that goal. In the 1980s, with support from state government and alumni, Georgia Tech launched ATDC, Georgia’s technology incubator, which helps entrepreneurs launch and build startup companies. From ATDC, Georgia Tech created VentureLab to help faculty members identify pathways to company formation. And the Office of Technology Licensing supports the protection and licensing of technology.

Now VentureLab and the Office of Technology Licensing will form the core of a new organization that Sivakumar and others will design.

What’s needed ahead, he says, is to change the culture so the entire Georgia Tech community can expect to create a company, move technology into the marketplace and apply entrepreneurial techniques to their work. “This should be the culture on our campus – to enable our faculty, staff, and students to create impact,” he said.

Welcoming the Outside World to Campus

Success for this new commercialization initiative will require more than a focus on impact. It will require the Georgia Tech culture to welcome collaboration with entrepreneurs, investors, companies, and others, using processes and procedures that are friendly to the outside world.

“We want to facilitate the interaction between our researchers and the people who are interested in their creative works, and it’s a two-way street,” said Abdallah, who has himself launched two startup companies. “Organizations from outside Georgia Tech need to have a good experience in licensing what we learn. We want to provide a seamless and pleasant experience for all parties.”

By moving organizations responsible for that collaboration into a single organization, Beyah expects to reduce friction in the complicated system. 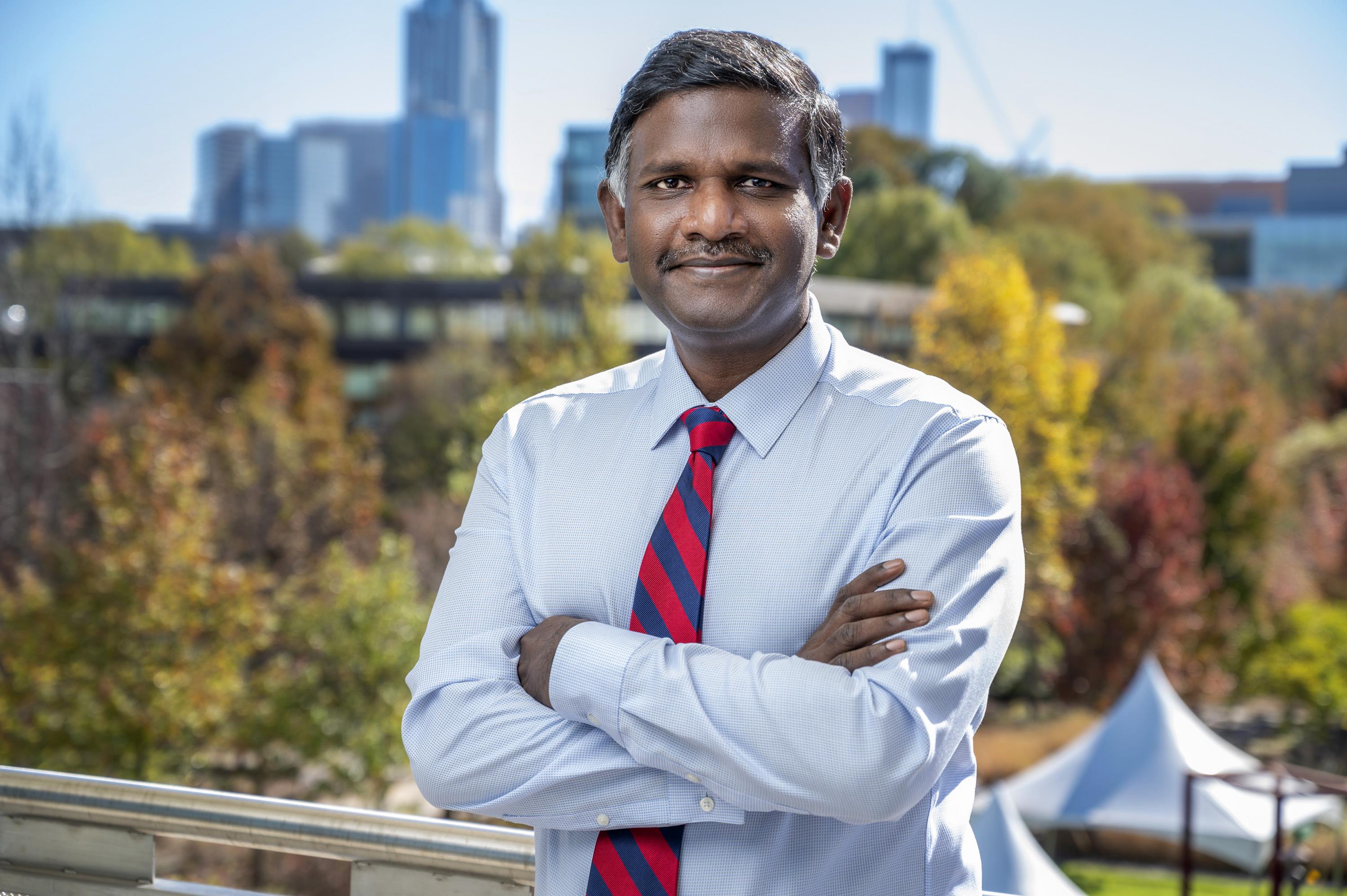