Submissions Open for Stories of Student Experiences with Mental Health

MHSC is collecting stories privately, though submitters can choose to have them shared at an event in late March. 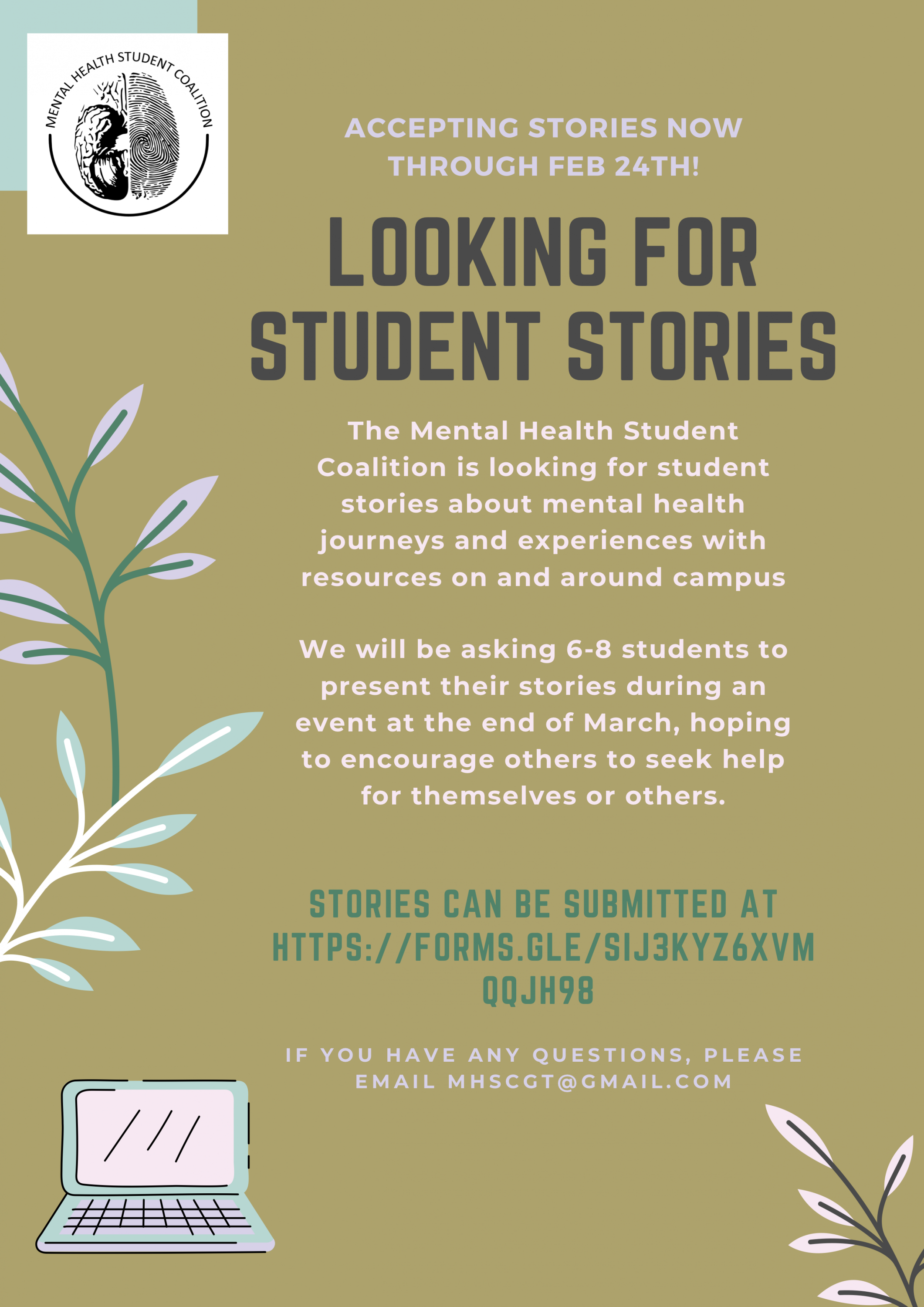 Submissions are open through Feb. 24.

The Mental Health Student Coalition (MHSC) is now accepting submissions for students’ stories about their experiences with mental health. Stories can be submitted here and will be used to help MHSC get a better picture of students’ problems and the resources, if any, they’ve used to help alleviate them.

While the submissions will be collected privately, students can choose whether they’d like their story to be shared with a larger audience. MHSC will select six to eight of those stories to present at an event in late March, called GT CARES 4U.

The event was created in a partnership among MHSC, the Counseling Center, and Health Initiatives to encourage listeners to seek help for themselves or others. Any student is welcome to submit their story for GT CARES 4U, regardless of whether they have used on-campus mental health resources.

“It’s so important that we as a community start speaking more openly about mental health experiences we’re going through,” said Sophia Martin, director of MHSC. “It can help others realize that they’re not alone in facing their own hardships, and I hope this event will inspire others to seek help and explore the new resources Georgia Tech has provided for us.”

MHSC is asking that potential speakers refrain from using graphic language or imagery, as those listening may be struggling with their mental health and could be triggered by sensitive content. Submissions are open through Wednesday, Feb. 24; the selected speakers will be contacted by March 5.