Georgia Tech's incoming class is not only academically talented, but also extremely diverse. 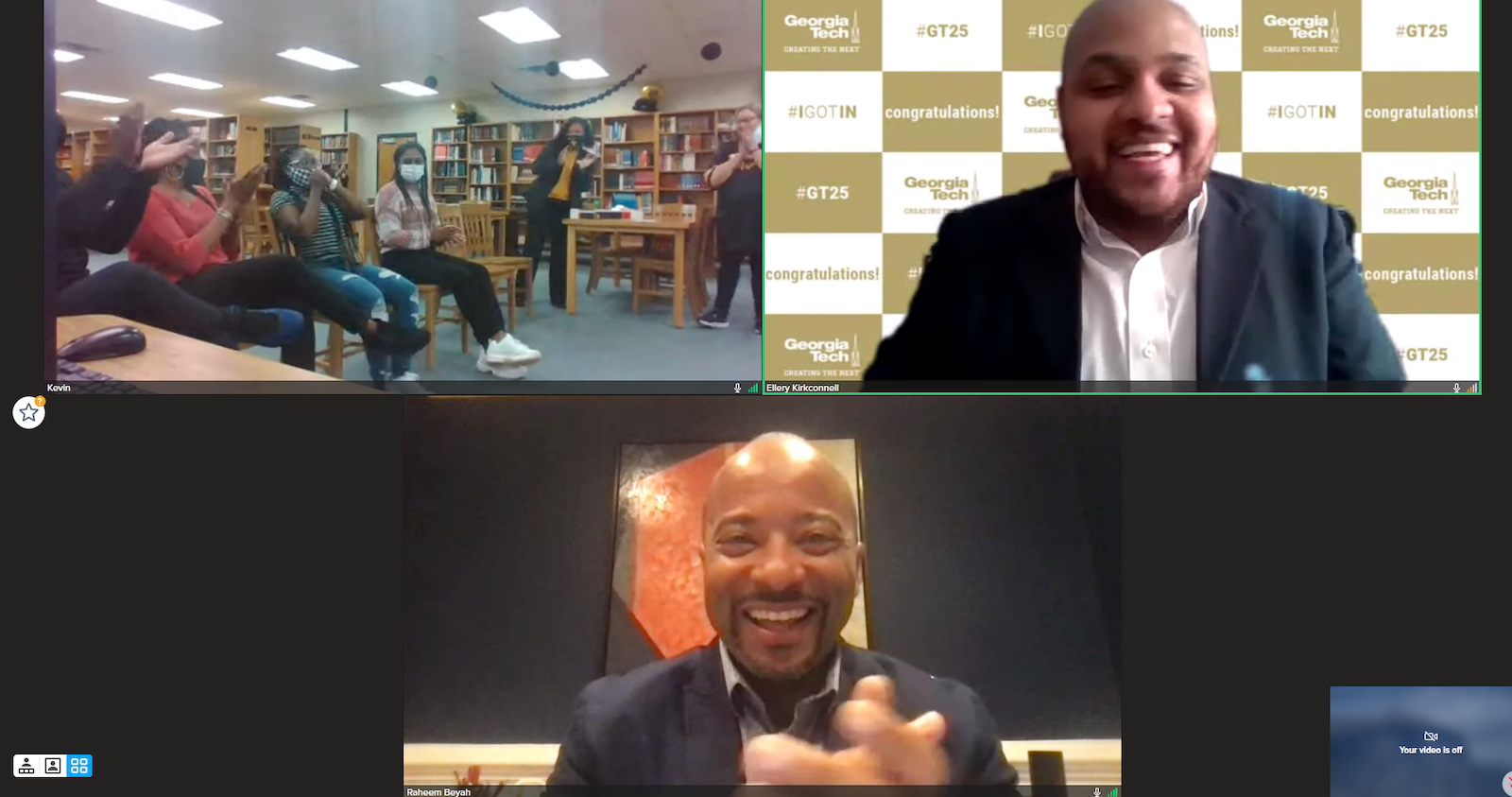 This year, 45,350 students applied to become part of the 2021 first-year class at Georgia Tech. Of those applicants, 18% were offered admission, including 2,785 on Saturday, March 13. They join the 5,320 students who were admitted in December and January as part of the Early Action 1 and 2 rounds.

“Georgia Tech’s new strategic plan is clear that expanding access and amplifying impact are institutional priorities. As a result, we are growing the size of our incoming class by 5%, to 3,450, as well as enrolling more Georgians than ever before,” said Rick Clark, director of Undergraduate Admission.

After months of reading applications, the admission team now turns its attention to convincing these students to choose Tech. “Most of our accepted students not only have admission offers from several other great schools around the country, but frequently they receive generous scholarships and financial aid awards as well,” Clark said.

In a normal spring, several thousand students and their families would visit Atlanta for tours of campus and sessions tailored to their academic interests. Due to the pandemic, however, that will not be the case this year. Instead, Undergraduate Admission will be hosting virtual programs and events to connect admitted students to current students and one another.

Clark noted that, “This year, more than ever before, it is imperative that our entire campus community step up to congratulate, welcome, and engage our admitted students and their families.”

Since Tech’s deposit deadline is Monday, May 3, most academic units have begun hosting virtual information sessions, and several deans and school chairs are writing and calling their admitted students. Departments looking for ways to engage in these efforts should contact the Office of Undergraduate Admission.

“Having the opportunity to tell Kennede and Ariam that they got in was an honor,” Beyah said. “These high school seniors who will join us in the fall are the absolute best and brightest, and we at the College are lucky to have them choose Georgia Tech to pursue their degree. All of our newly accepted students will do amazing things here at Tech, and we are all looking forward to witnessing their journey.”

While many applicants were not offered admission to the first-year class, more than 8,500 received a one- or two-year transfer pathway. Over the last few years the Office of Undergraduate Admission has consistently added these programs to provide students another route to a Georgia Tech degree, including the newest one, the Atlanta Public Schools Pathway Program. In fact, last year 53% of Tech’s more than 1,100 transfer students entered through one of these eight pathways.