School of Architecture faculty and students win $180,000 to further their lab's work with an Atlanta community.

A photo collage of the English Avenue project the way it is now and the way it could be. Photo: Monica Rizk, M Arch 2022

Julie Kim, associate chair for the Georgia Tech School of Architecture, is committed to empower entire communities through design thinking and technology.

“We have seen what happens when technology that is meant for mass scale audiences, communities, or public citizens of a region, state, or country is designed without their input or considerations for how it might affect them or society at large,” said Anne-Marie Slaughter, CEO of New America.

“New America’s Public Interest Technology University Network (PIT-UN) was designed to turn that dynamic on its head by making sure that those most proximate to problems are directly present in the crafting of solutions and empowered to do so from an early age. We’re excited to support a new group of grantees that are catalyzing public interest technology on their campus,” Slaughter said.

For several months, Kim, her fellow faculty, and their undergraduate and graduate students have leveraged Georgia Tech resources to address critical problems in Atlanta’s Westside neighborhood.

“That’s why this grant is so special,” Kim said. “We’re working hand in hand with the community. We’re providing them with specific tools that allow them to understand how to use design thinking to solve their problems.”

"In this specific circumstance, design thinking is the space of improvisation to address complex problems and to expand the scope of design outside the traditional architectural design studio," she said.

The Flourishing Communities Collaborative began working in Westside last summer with a goal of offering strategies and choices for current residents that help stabilize their community. Along with extensive field research and getting to know pillars in the community, Kim’s group focused on critical opportunities in the neighborhood.

“The need in this neighborhood is great,” Kim said. “Just looking at the figures is eye opening. Nearly 80% of the households in this community earn less than the median Atlanta household. Forty-four percent of the housing is vacant. Neighborhood concerns include mounting pressures from external developments and hydrology challenges exacerbated by climate change. Yet, the neighborhood is poised for change through the Westside Land Use Framework Plan (2017), already approved by the community and the city. So, that’s where we start, by building on momentum already in place to set positive steps forward to stabilize the community while also bolstering retention.”

The neighborhood lacks safe places like libraries, conveniences like food markets, and places for people to gather.

“When we were out on the site last Friday, my students saw a woman who was sitting at a bus stop. So they asked her about her thoughts on the community, and which bus she was waiting for. The woman told them she wasn’t waiting for a bus; she was sitting there because her friend was getting their hair cut in the nearby barber shop and there wasn’t anywhere else to sit.”

“The technology might play out as some innovative kind of fabrication or construction methods,” she said, “or we could look at leveraging the neighborhood’s finite resources and develop a strategy for repurposing and reusing.” These technological possibilities are driven by design thinking, Kim said.

“When you think about technology, you can say that it’s ubiquitous. It’s all around us, all the time. But it’s not equally accessible across all communities.”

Smart-home and smart-city technologies like photo voltaic panels and other energy saving strategies can have high initial price tags, even if they pay for themselves in the long run, Kim said. But for a family like those in the Westside neighborhood, an unexpected increase in their electric bill could mean choosing between a week’s worth of groceries or paying the higher bill.

The challenge in Westside isn’t just to save money, though. As the name of Kim’s lab implies, her team is trying to find ways to help Westside flourish. A community needs four things to flourish, she said: housing, education, healthcare, and jobs.

“Ultimately we look at empowering through design, through optimistic acts of making and thinking. One of our beliefs is that good design is a human right; it should be accessible to all. And it makes perfect sense for Georgia Tech to be a part of good design, because our motto is ‘Progress and service for all’.” 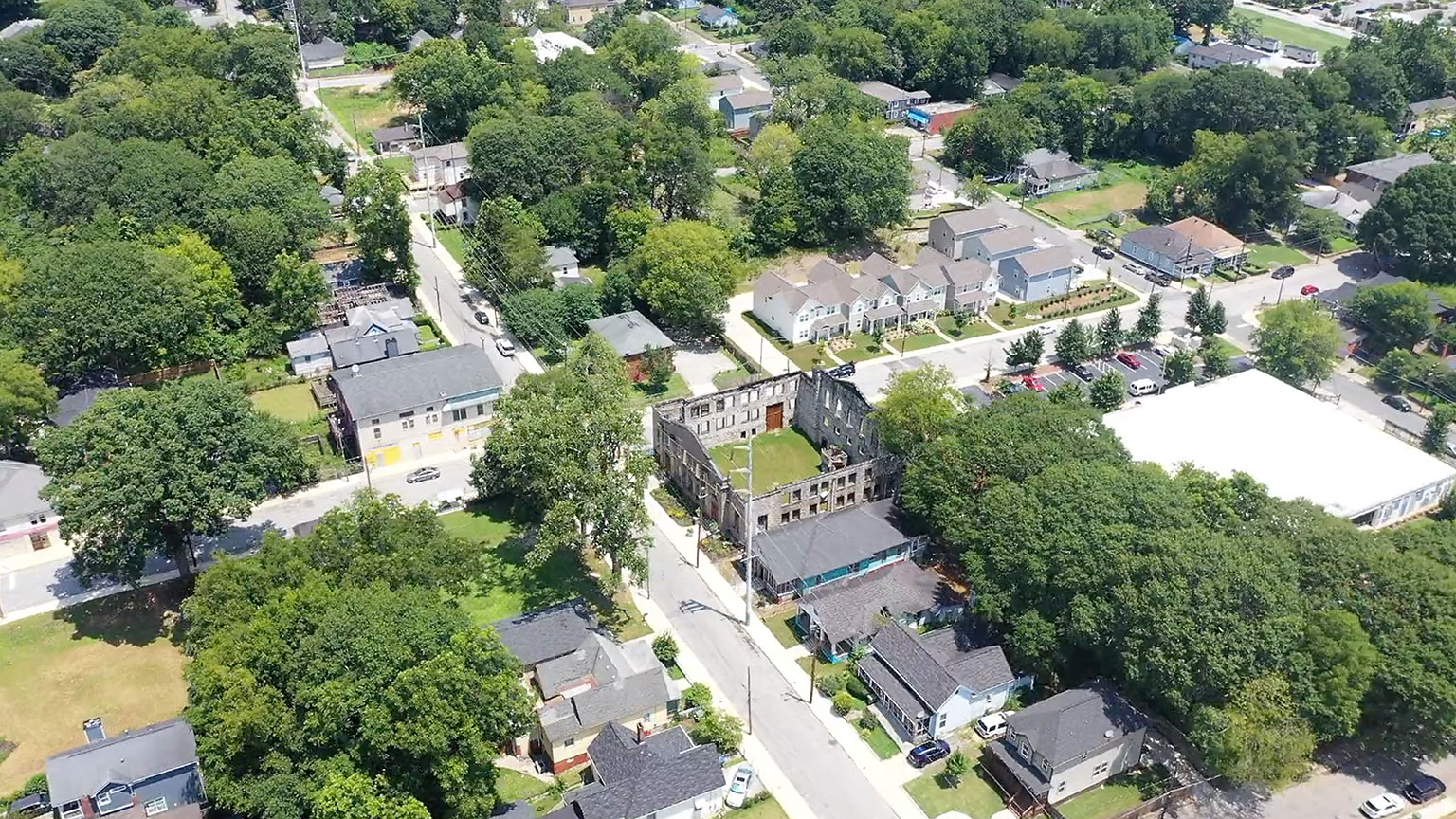