A more complete picture will be available for future generations. 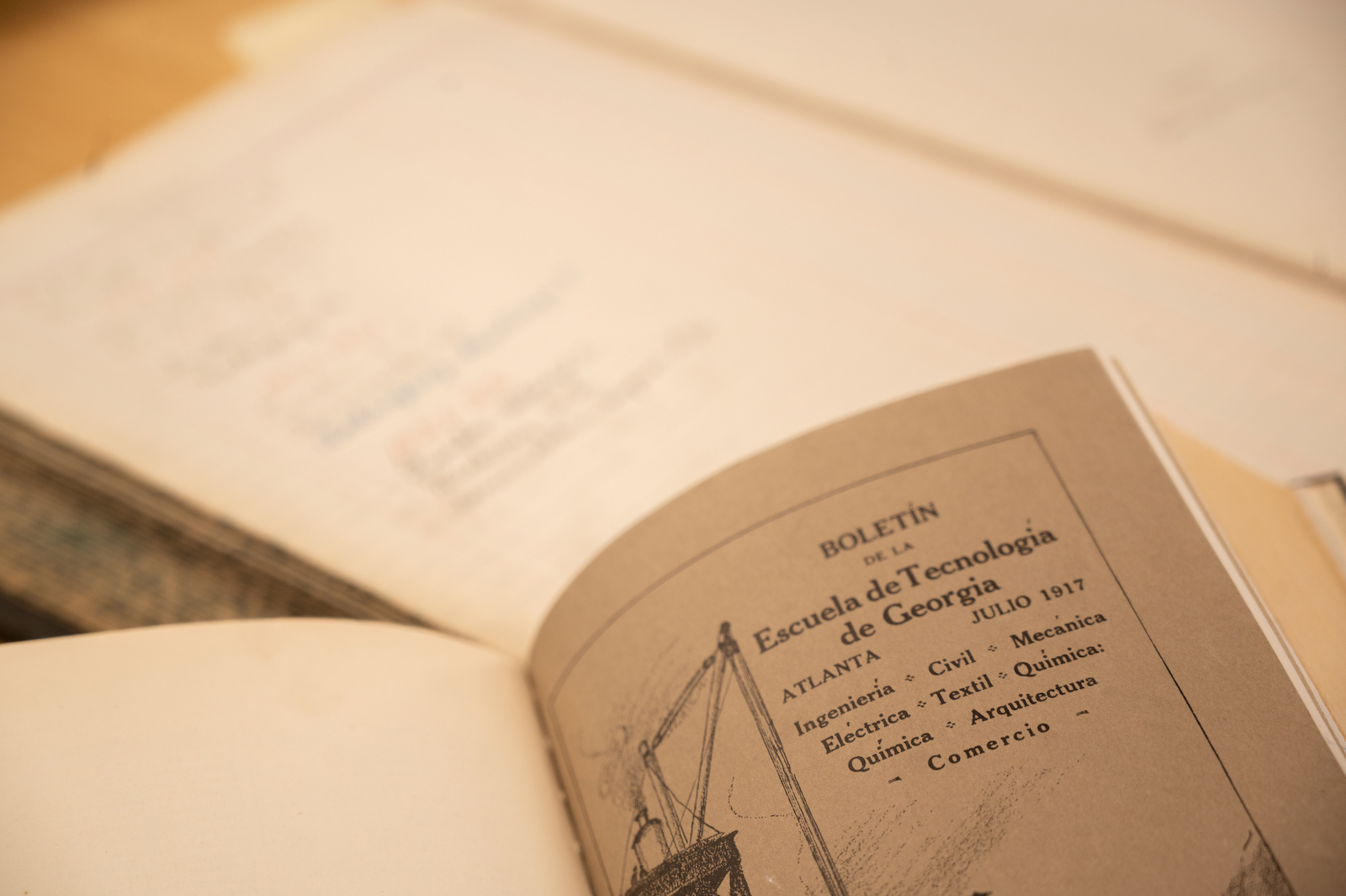 The Bulletin, a former Georgia Tech publication, released a version in Spanish in 1917 to help Admission recruit Spanish-speaking students. (Photo by Allison Carter)

Years from now when people want to know how certain issues were addressed and policies or laws were made, they will turn to records maintained by historians and archivists. The information captured in the archives will tell the stories. Archivists at the Georgia Tech Library are working to make sure the archives capture a range of voices so that a more complete picture will be available for future generations.

“We are taking a critical look at our archival materials and identifying the holes,” said Amanda Pellerin, university archivist with the Library. “We’re putting our efforts into community building in specific ways, reaching out to specific member groups, so we can fill in some of those holes. At the same time, we still continue to offer an opportunity to look at Georgia Tech’s policy and decision-making practices so that people can see why decisions were made.”

Public speeches are widely available, but the details of what went into the decision making should be found in the archives to help understand the backstory, Pellerin said.

"Archives tell stories. The stories we deemed to have enduring value are the ones we save," she said. "Giving something archival status means we're going to put all this effort, time, and money into keeping it and preserving it, making sure it never goes away — and then also providing the access to it for people who have an interest in knowing more. If you don't see yourself or things that you're interested in documented within the archives, that can be telling about who and what is valued.

"We do not have collections from individual students who identify as members of the Black, Hispanic, or LGBTQIA communities," Pellerin said. "The archives are not completely void of multiple experiences, but we want to make a concerted effort to be inclusive."

Pellerin said there is talk among archivists regarding how to handle topics that are sensitive and traumatic, because those topics also need to be documented.

"We know life isn't always roses and sunshine, but a lot of times archives will skew toward the celebration of milestones and achievements that are put into a positive light," she said. "Even with desegregation of Georgia Tech's campus, a lot of times it gets condensed into 'Georgia Tech was the first campus to integrate without a court order in the Deep South.' That statement is not untrue, but it is simplified. It also takes the focus off the three men who came to this campus and their struggle to get here."

The Library’s archives include correspondence between the Institute and its first Black applicants, as well as Atlanta Journal-Constitution articles and opinion pieces from that period. The archives also have material documenting the first women students, early efforts to organize the LGBTQIA community, and the first international students.

"Going back into the early 20th century, we have evidence of Georgia Tech being probably more diverse than we thought," Pellerin said. "I pulled logbooks and found two students from Cuba were here in 1905 and 1906. And between 1916 and 1922 there were probably two dozen students from South America. There also were students from Japan, Greece, and Syria."

The Bulletin, a former Georgia Tech publication, released a version in Spanish in 1917 to help Admission recruit Spanish-speaking students.

These archival materials are available for viewing in the Archives Reading Room on the first floor of Crosland Tower. The materials do not leave the room, which is proctored by library staff to make sure the information doesn't get damaged or lost and is available for the next person.

And, the Library will continue efforts to gather historical material from a variety of sources on and off campus.

"A lot of trust goes into turning over your own important papers," Pellerin said. "It's not just that we want to collect these groups because they'll tell their story; it tells us more about the whole campus and its approaches to policy. As an archivist it's my job to make sure I'm casting a wide net. I can look at the coverage of those records and see that other voices should also be included."

Note: If you have material from your or a family member’s time at Georgia Tech, the Archives would like to talk to you about donating them. 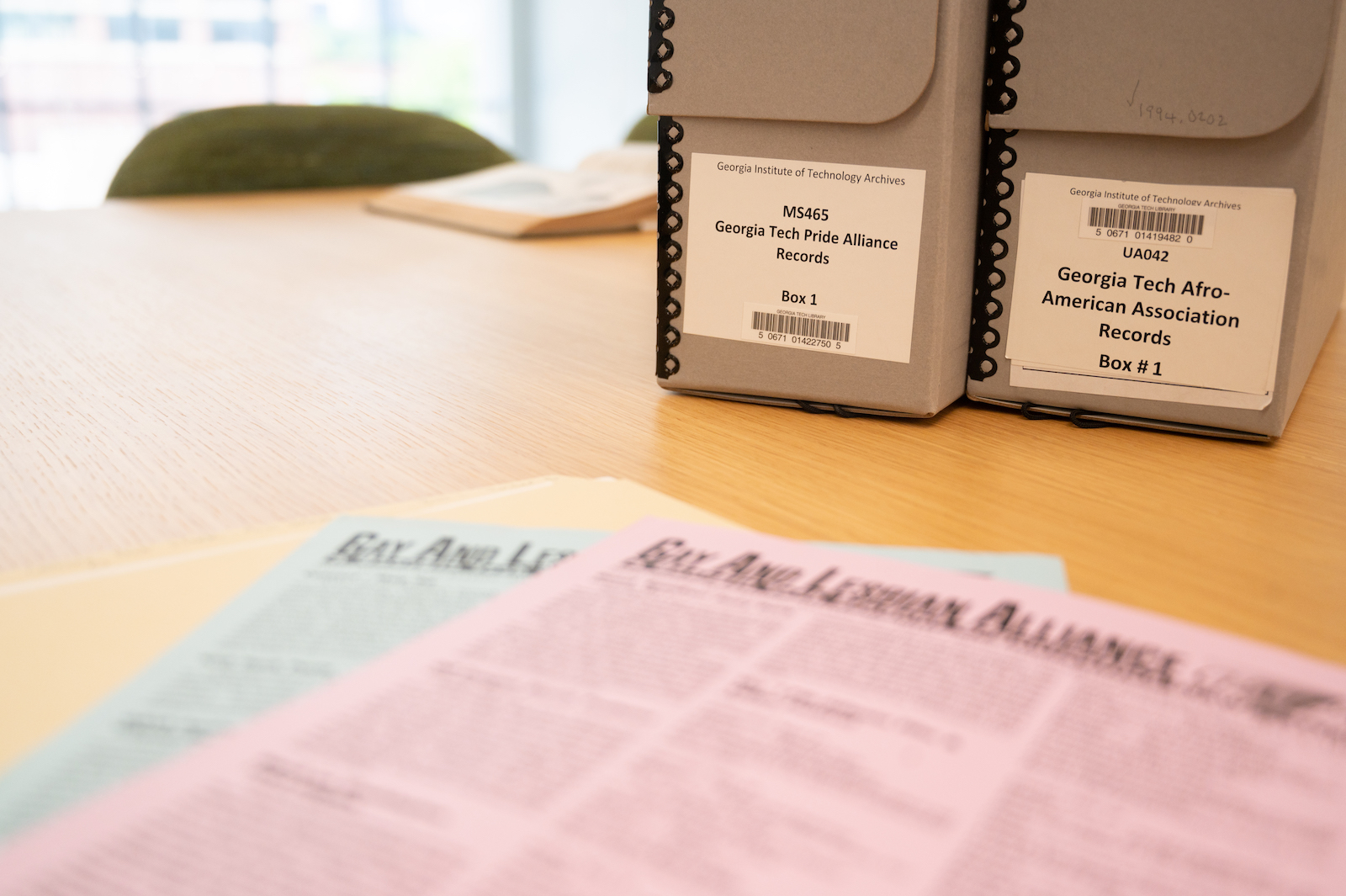 The Library is making a concerted effort to build its collection of materials from the Black, Hispanic, and LGBTQIA communities. (Photo by Allison Carter) 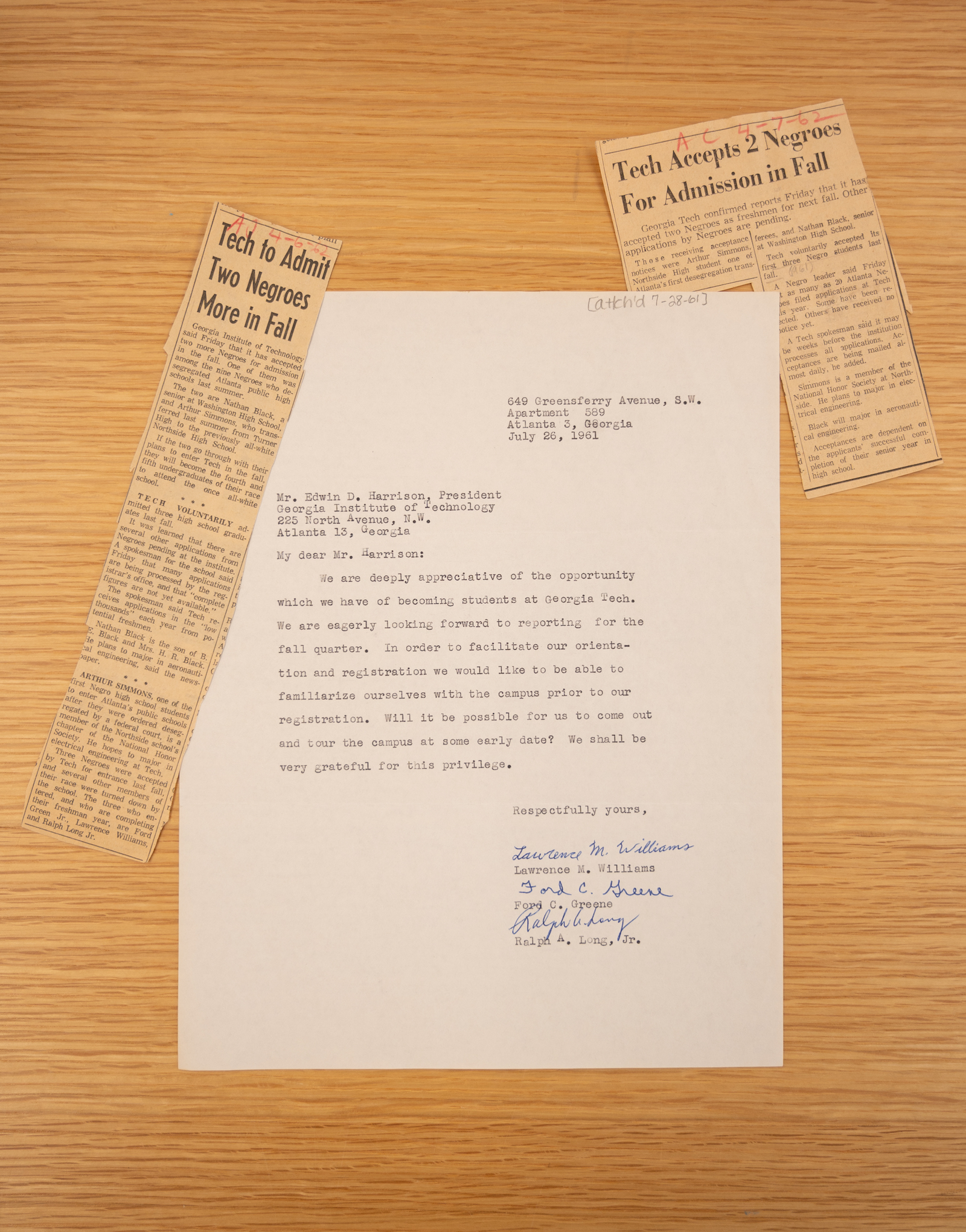 The Library’s archives include correspondence between Tech's first Black students and President Harrison, as well as Atlanta Journal-Constitution articles and opinion pieces from that period. (Photo by Allison Carter) 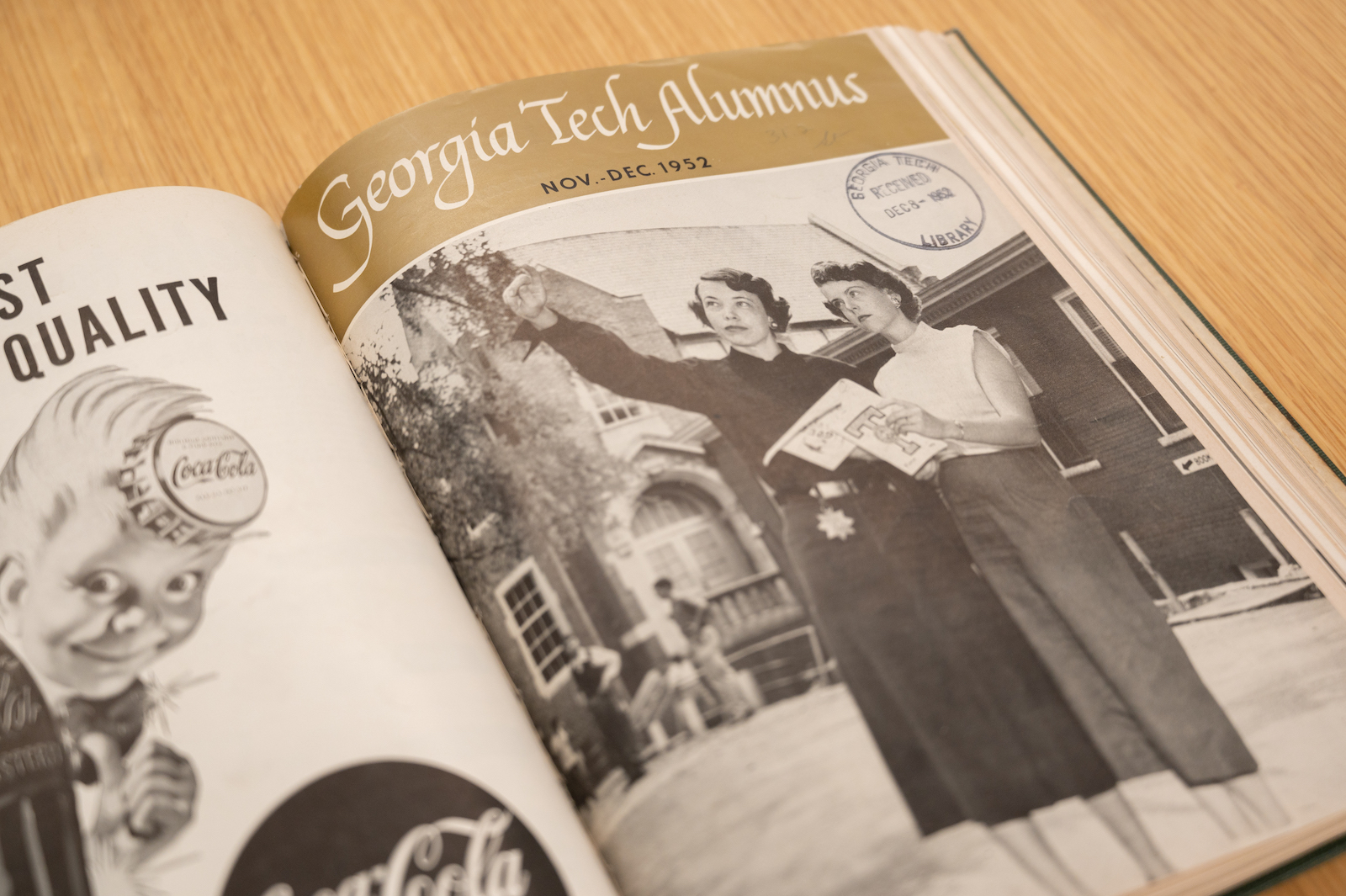 Archival materials, including stories on Tech's first women students, are available for viewing in the Archives Reading Room on the first floor of Crosland Tower. (Photo by Allison Carter)