Lily Huff: Ready for the Next Chapter

Huff will join GTRI as a research engineer. 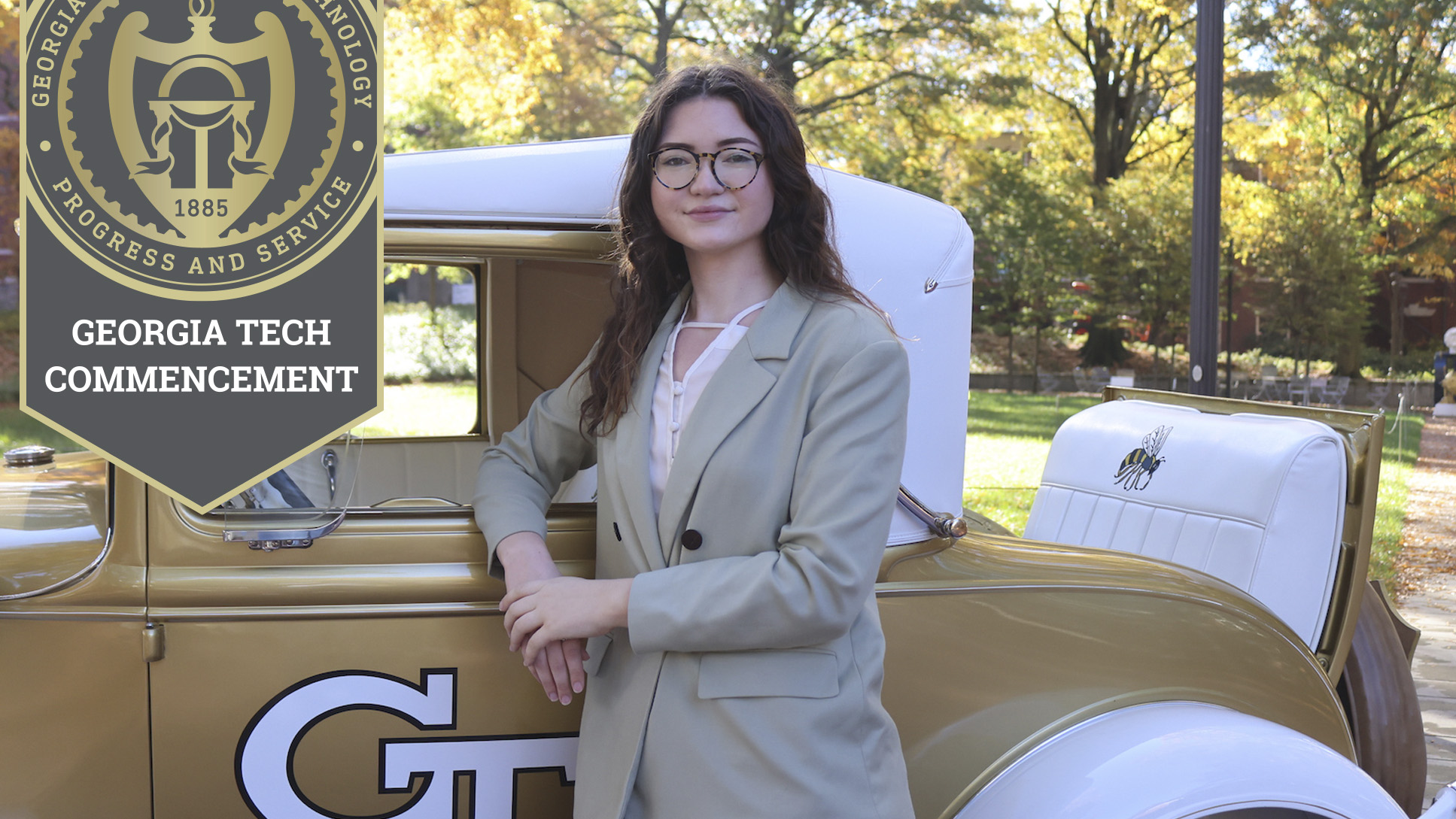 Lily Huff is graduating with a bachelor's degree in mechanical engineering and will join GTRI as a research engineer.

After five and a half years at Georgia Tech, including seven semesters of co-op, Lily Huff is graduating with a bachelor’s degree in mechanical engineering with a concentration in design. And she is eager to go.

“That last semester really hit hard, and I can't wait to get out,” said Huff, whose co-op work included two semesters with Gulfstream Aerospace Corporation and four semesters with the Georgia Tech Research Institute (GTRI).

Even though it was hard, and she graduated “late,” Huff said she wouldn’t do it any differently.

“I used to resent having to work through college because it meant taking more time to graduate and not spending as much time on classes or with friends,” she said. “But the experience has led to some great friendships, funny memories, and my full-time job with GTRI.”

After graduating, Huff will work with GTRI as a research engineer, designing and testing systems for the military.

“Through GTRI, I will continue my education with plans to come back for a master’s degree and potentially a Ph.D.,” she said.

Huff grew up hearing stories about Georgia Tech from her father, Joseph, who graduated in 1994 with a degree in chemical engineering. “My father became the driving force for why I love Tech and decided to come here,” she said. Huff’s younger sister, Aria, a Tech student in electrical and computer engineering, will graduate in a year and a half.

The Huff family now lives in Covington, Georgia, but she attended high school at the Alabama School of Fine Arts in Birmingham, where she graduated with a specialty in math and science. She decided to put her love of math to good use in mechanical engineering.

“I was always known as the Jack-of-all-trades growing up, so I thought a mechanical engineering degree would be a starting point,” she said.

Huff has a variety of interests outside the classroom.

“I love working on old cars, like a typical mechanical engineer,” she said. She also enjoys working on art projects as an outlet for her design interests which include photography, creating outlandish coolers, knitting, and upcycling or re-imagining old clothes.

What will she miss most from her college experience? The people. “The pandemic took away my last few years of college, which means I didn’t get to meet — in person — the professors of my favorite classes that made the largest impact on me, say goodbye to the friends who graduated before me and helped me survive Tech, or truly get to know and hang out with the friends I developed the strongest bonds with,” she said.

With college behind her for now, Huff is ready for her next chapter. It begins by walking across the Commencement stage, as she has seen countless times while supporting her friends. “Walking across that stage is the culmination of years of working long nights and stressing over everything to reach the end of an era and the beginning of my future,” she said.

Huff’s parents, sister, one set of grandparents, and several friends will attend Commencement.