It's been an incredible year at Georgia Tech from viral videos to groundbreaking research that will change how we see the world. We've chosen 20 images from the thousands shared on social media and our website to craft this look back at 2013, Yellow Jacket style.

1. Our President Juggles, Too! 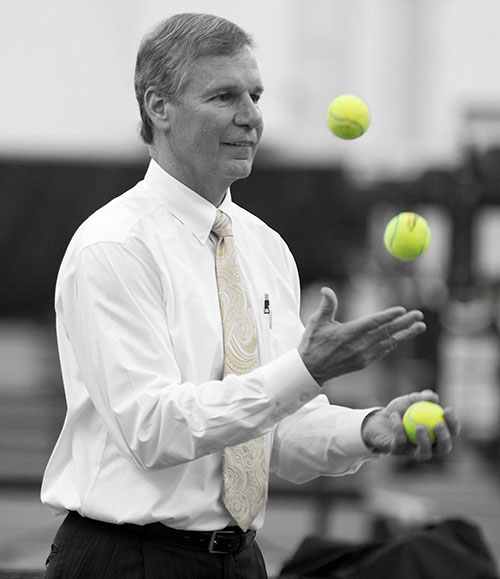 Dr. G.P. “Bud” Peterson surprised us with this secret talent at the grand opening of the new Ken Byers Tennis Complex on campus. 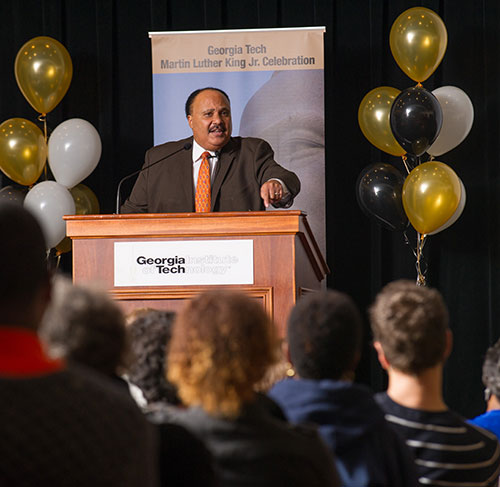 Martin Luther King III, the oldest son of Dr. Martin Luther King, Jr., addressed a packed room for Georgia Tech’s annual MLK Lecture. “We've got to find a way to lift up the best in our nation,” King III said.

In the same month we celebrated National Engineering Week, Georgia Tech was ranked the #8 Engineering School in the world by the Academic Ranking of World Universities.

4. Innovation At Its Best 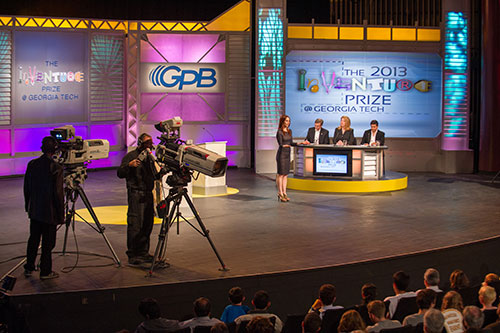 On the first day of Spring, Tech Tower provided a fantastic photo op. 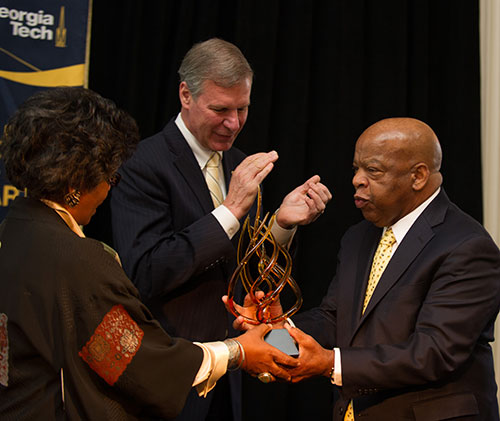 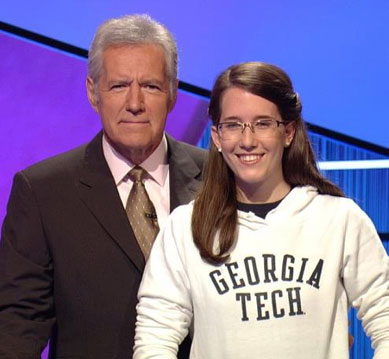 Senior Biology major Kristen Jolley had an incredible run in the Jeopardy! College Tournament, making it all the way to the final three and winning $25,000. 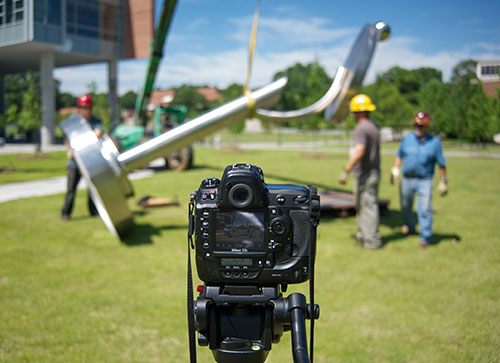 Fifteen thought-provoking sculptures were installed across campus. The art represents some of the world’s most recognizable contemporary sculptors and had many students and guests stopping for a second look. 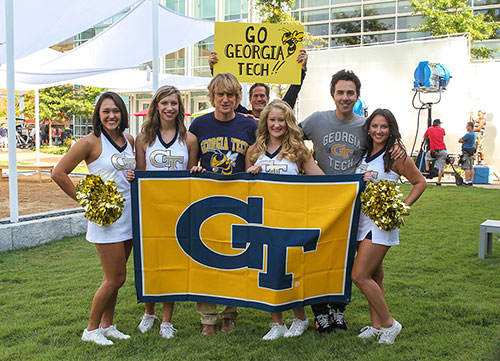 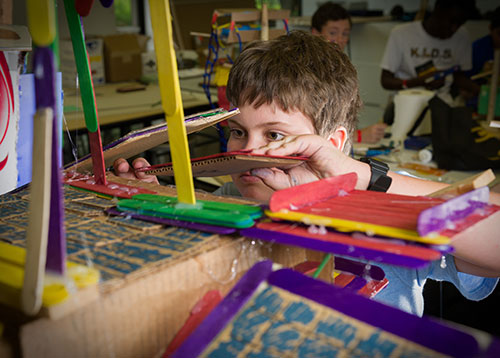 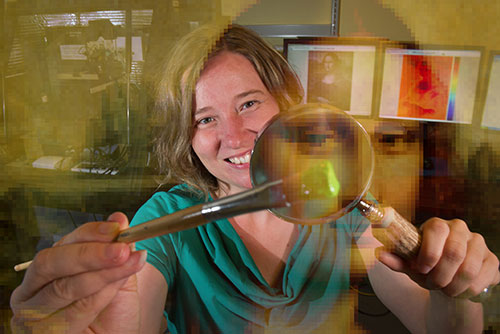 Georgia Tech researchers, led by Jennifer Curtis recreated the iconic image on the world’s smallest canvas. The masterpiece was only one-third the width of a human hair. 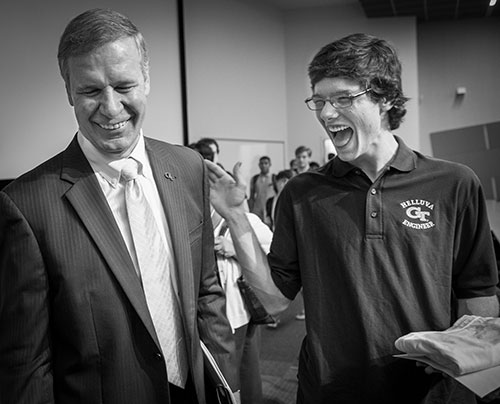 After delivering a speech that generated millions of internet hits, sophomore mechanical engineering student Nick Selby became quite a familiar face on campus. 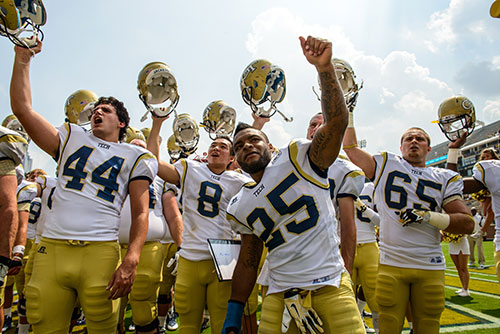 The Yellow Jackets defeated Elon 70-0 in their first game, setting a new ACC record for margin of victory. 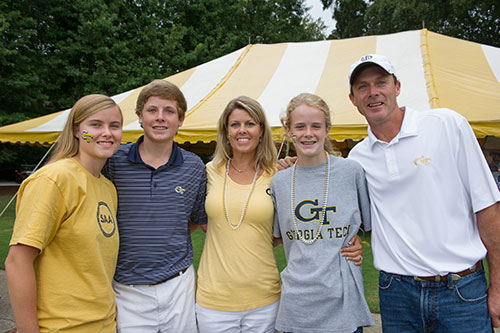 16. Shedding New Light on Atlanta (and Beyond)

Georgia Tech’s new Carbon-Neutral Energy Solution Lab officially opened. The CNES is looking for ways to slash the cost of gathering and producing solar power and other forms of alternative energy. 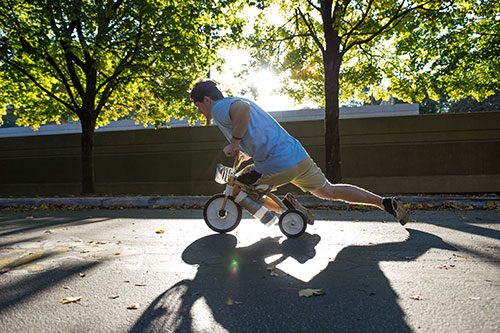 The Homecoming Mini 500 tradition continued. Tricycles going faster than ever imagined thanks to some creative engineering. 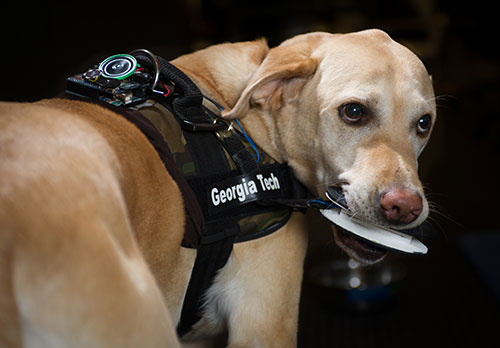 The mention of dogs might raise some hairs at Georgia Tech, but our researchers have developed a vest that will allow the animals to essentially “talk” with the handlers using a bite or tug on trigger devices. 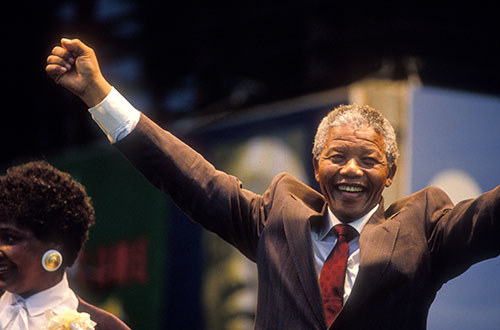 Georgia Tech remembered the life on Nelson Mandela. The Nobel Prize winner came to Georgia Tech only months after being released from jail in 1990 to accept a Human Rights Award and speak to a standing-room only crowd at Bobby Dodd Stadium. 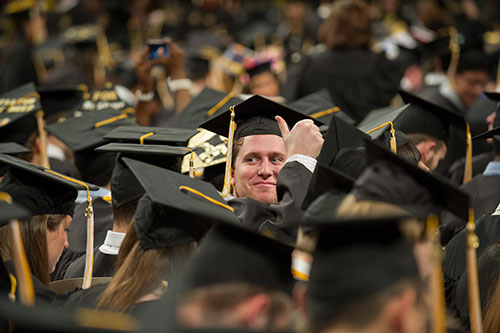 A look back at some of the notable stories of 2013

Atlanta is Hotlanta for Tech Startups