Beyond the Bottom Line

Every five years, the Board of Regents of the University System of Georgia (USG) conducts a study to measure the tangible economic impact — collectively and individually — of its 28 academic institutions.

The numbers for 2015 reveal that, once again, Georgia Tech leads the pack, with an annual $2.87 billion impact on the state’s economy.

Wrapped into this number are 7,860 on-campus jobs and an estimated 15,468 off-campus jobs brought about by Georgia Tech spending. The total also reflects the multiplier effect of “re-spending,” which presumes that every dollar spent by an institution or its students generates another 46 cents for the local economy.

These metrics are applied uniformly across USG institutions by the Selig Center for Economic Growth in the University of Georgia’s Terry College of Business — and the bottom line tells a positive and important story for each school.

But as the study itself acknowledges, it doesn’t tell the whole story.

Taking up where the study leaves off, Georgia Tech adds to its $2.87 billion economic impact in numerous unique ways, bringing even more benefits to Georgia’s business community and people as only a premier technology-focused institute can.

When Georgia Tech’s Technology Square opened in 2003, it was with the goal of establishing a high-tech business district that would serve not just Georgia Tech, but the city and state business community.

Anchored by Georgia Tech’s Scheller College of Business, Tech Square has become a magnet for high-tech innovators and entrepreneurs, and both Fast Company magazine and USA Today have credited this “innovation ecosystem” with making Atlanta a prime location for startups.

Tech Square is home to Georgia Tech’s Advanced Technology Development Center, one of the nation’s largest startup incubators, whose more than 170 “graduates” have generated more than $12 billion in revenues in Georgia.

Then there’s Georgia Tech’s Enterprise Innovation Institute (EI2), whose programs offer incubation, commercialization, and outreach to small and midsize enterprises. Examples include VentureLab, a center for technology commercialization (ranked No. 2 worldwide by the University Business Incubator Index), and Flashpoint, a startup accelerator program.

Of course, Georgia Tech’s “Main Street” is just getting started. In the spring of 2016, Georgia Tech and Portman Holdings announced the next phase of Tech Square with Coda, a new 750,000-square-foot mixed-use facility that will feature an 80,000-square-foot high performance computing center, as well as 620,000 square feet of office space and 40,000 square feet of street-level retail. A groundbreaking event was held in December 2016.

This $375 million project will create approximately 2,100 construction jobs, house an estimated 2,400 workers, and result in an estimated $813 million economic impact. 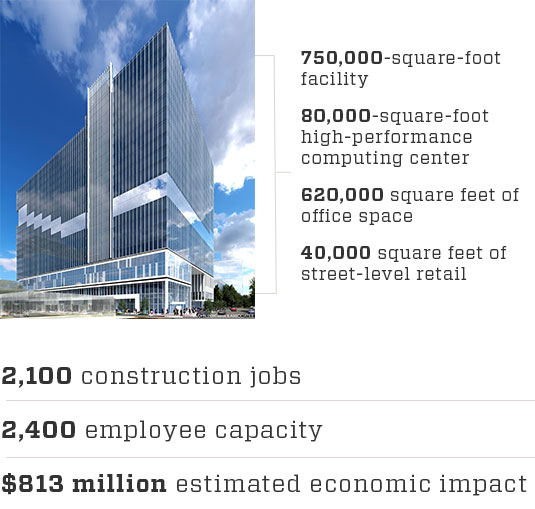 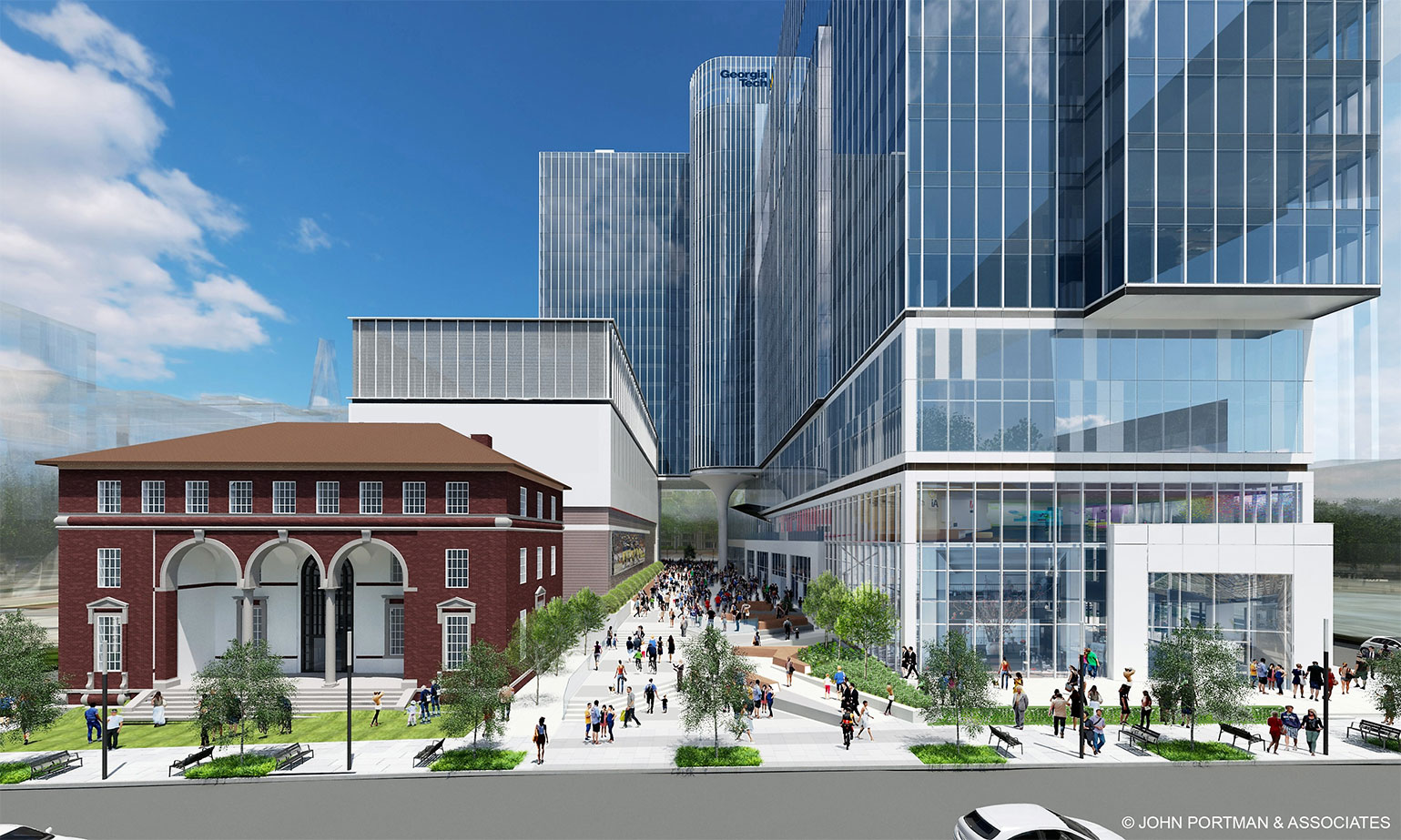 The new Coda building represents the next phase of Georgia Tech’s Technology Square. The design incorporates the historic Crum & Forster Building, a 1926 office building owned by the Georgia Tech Foundation.

Georgia Tech is the only University System of Georgia school that offers a debt-free degree to qualifying students from low-income families. For Georgia residents who meet eligibility requirements and whose families have an annual income of less than $33,000, the G. Wayne Clough Georgia Tech Promise program picks up where Georgia's HOPE scholarship leaves off.

The program is for students pursuing their first undergraduate degree, and it combines with other financial aid sources and federal Work Study to cover the costs of tuition and fees, books, standard housing, personal expenses, and a meal plan.

Aaliyah Harris, a third-year student from Atlanta, wanted to follow her mother’s advice to get a college education, and she worked hard in high school to make sure she had the grades to get in. She dreamed of attending Georgia Tech, in particular, but she didn’t know where the money would come from.

“My family isn’t exactly the richest family, and I’m a first-generation college student,” Harris said. “I just can’t say enough how helpful it is to not have to worry about paying out of pocket or going into debt — without Tech Promise, I might not even be here.”

Since 2007, Tech Promise has benefited more than 800 students from 89 Georgia counties who have earned more than 400 bachelor’s and 36 master’s degrees.

One arm of Georgia Tech’s Enterprise Innovation Institute (EI2) is GaMEP — the Georgia Manufacturing Extension Partnership. Similar to the University of Georgia’s Cooperative Extension Service, it offers expertise to industry instead of agriculture.

With 10 offices serving 10 regions, GaMEP touches every corner of the state. In 2015 alone, GaMEP served 1,929 Georgia manufacturers, helping them create or retain 2,149 jobs, save more than $25.3 million, invest $106 million back into their plants, and generate sales of $205 million.

About the time labor experts predicted the jobs of the future would require more students with STEM-related degrees, education experts sounded the alarm that the U.S. education system was woefully unprepared to meet this demand.

Georgia Tech has been doing its part by graduating more than 4,300 STEM and STEM-related students every year — but that’s not all we’re doing.

Georgia Tech’s Center for Education Integrating Science, Mathematics, and Computing (CEISMC) partners with schools and educational groups to help ensure that Georgia’s K-12 students receive a solid foundation in STEM so they are better prepared for the rigors of college and to take their place in a high-tech economy. CEISMC serves approximately 11,000 students a year and has trained more than 2,000 teachers since 1991.

A U.S. Department of Education study found that, on average, STEM graduates earn more than $15,000 more per year than their non-STEM counterparts.

And Georgia Tech is helping to keep these well-paying jobs in state. A 2017 Forbes report said Atlanta's high-tech jobs have exploded 47 percent since 2010 — 20 percentage points higher than the national average. And according to a study cited in the Atlanta Journal-Constitution, Atlanta is now No. 17 among the nations' top 25 cities for high-tech jobs, with Georgia Tech's talent pipeline cited as a key factor in the growth of this sector in the region. 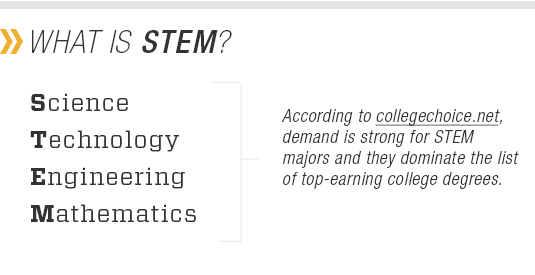 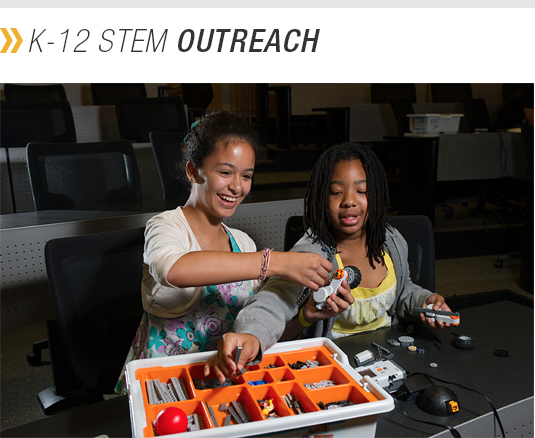 Because women are historically underrepresented in STEM fields, one of CEISMIC's goals is to keep girls interested and engaged in these disciplines throughout their elementary and high school years.

Georgia Tech is among the top 10 universities nationwide for non-medical research expenditures.


Maggie, a Georgia Tech MBA student, shares how her experience in the TI:GER (Technology Innovation: Generating Economic Results) program will help in her career.

To free up and push out the hundreds of technologies developed at Tech every year, the Institute’s technology licensing team often partners with business and industry collaborators — many of them here in Georgia — helping them find better solutions to their problems and opportunities for commercialization.

In 2016, Georgia Tech was No. 2 in the state for U.S. patents, and GTRC issued 24 licenses to outside partners, including startups, for Georgia Tech innovations.

The number of Tech-affiliated startups has increased seven-fold since 2009, and Georgia Tech’s VentureLab has helped develop more than 300 startups that have attracted more than $1.1 billion in venture capital. Recently, VentureLab received a $3.4 million National Science Foundation I-Corps grant to expand its work in teaching entrepreneurship.

Any consideration of Georgia Tech’s economic impact has to look forward as well as back.

The Institute is undertaking a feasibility study on expanding Technology Enterprise Park on the west side of campus, strengthening what is already a hub for Atlanta’s fast-growing biotech industry. Also, the Georgia Tech Foundation has purchased the historic Biltmore Hotel, adjacent to Tech Square, to accommodate even more startups and innovation centers that want to take advantage of close proximity to the Institute.

These additional aspects of Tech’s unique value proposition — past and future — aren’t easily tallied up, and the results, while tangible, will never fit neatly into a spreadsheet. Still, they certainly factor in throughout the state — with an impact that is not only fiscal, but felt.