Since World War I, thousands of Georgia Tech students and alumni have served in the United States military. Some served their nation in times of war. Some served in times of peace. Some were drafted. Some volunteered. And some made the ultimate sacrifice and died fighting for their country.

Some embarked on long careers as soldiers, sailors, airmen and Marines—many of them after completing Tech’s ROTC programs and being commissioned as officers. Some of them stayed in service for just a short while. And some came to the Institute as students after their service ended, looking to build upon their military experiences with a rigorous education that only Tech could provide.

Georgia Tech stands proud of all these veterans who honorably carried out their duties and bravely defended our freedoms. While we can’t share every one of their stories, we’ve identified seven remarkable veterans who represent a wide range of experiences, from a World War II bomb disposal expert to a current student who recently transitioned out of the military.

They are leaders, teachers, heroes and survivors. You can read it on their faces. 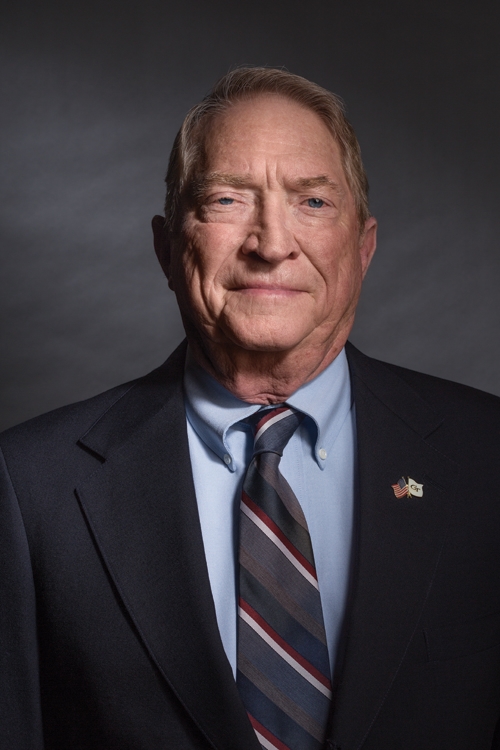 Waddell flew the Thunderchief F105 fighter-bomber during the Vietnam War, and was captured on July 5, 1967, after his plane succumbed to anti-aircraft fire. He spent six years as a POW before he was released on March 4, 1973.

“I flew 46-and-a-half missions before I was shot down. Everyone thought I was gone. And then the North Vietnamese found me. … It was bad at first, and I had to fall back on my training and my willpower to stay alive. My accommodations were no Hogan’s Heroes or Stalag 17, but they were livable. There I met some of the finest people in the world, my fellow POWs. We were not heroes. Those are the names on the wall. We consider ourselves fortunate survivors, able to enjoy the life that we were almost denied.”

“We consider ourselves fortunate survivors, able to enjoy the life that we were almost denied.” 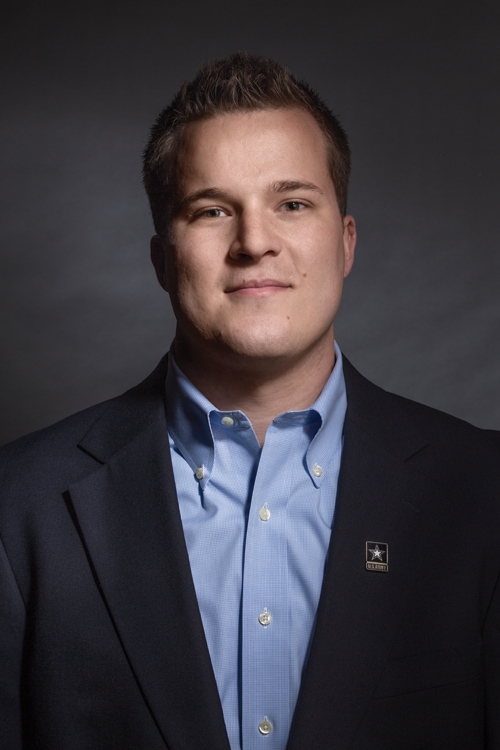 After serving six years in the U.S. Army, Scott took a second try at earning a degree at Tech. He’s not only well underway in his pursuit of a bachelor’s degree in management, he also co-founded the Georgia Tech Student Veterans group on campus.

“I enrolled at Tech in 2004 as an architecture student, but I wasn’t ready for it. I wasn’t mature enough. I needed to grow up and get out on my own. So I left and joined the Army.

I served as a combat engineer, looking for IEDs and clearing routes for supply convoys and soldiers. For every 10 hours of boredom there were 10 seconds of insanity whenever we came under fire or struck an improvised bomb. … I’ve never laughed harder than I did during deployment—it was necessary to cope with my friends getting hurt and sometimes even killed around me.”

"For every 10 hours of boredom there were 10 seconds of insanity.” 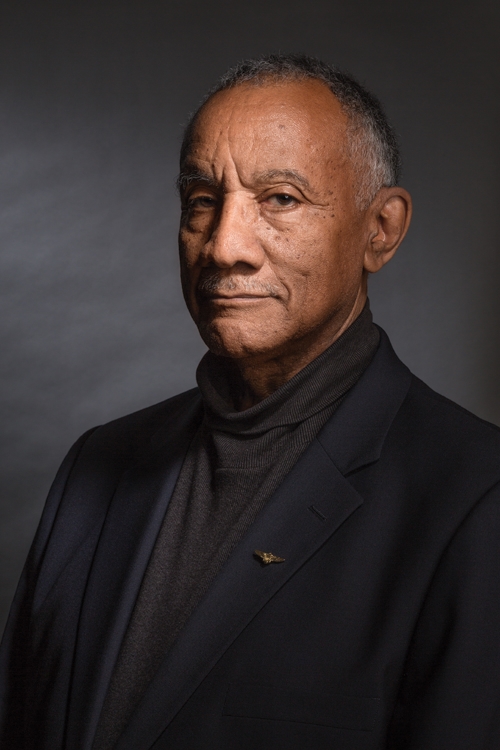 Tech’s second black graduate, Fred earned a degree in applied math and served in the Navy ROTC before becoming an officer in the Navy. He served as an F-4 pilot and air intelligence officer during the Vietnam War, and later helped found and lead ROTC programs at Southwest DeKalb High School and Morehouse College.

“As an intelligence officer, I knew we weren’t winning the war, no matter what Gen. [William] Westmoreland said. Most of us didn’t want to die. We didn’t want to be John Wayne. … Despite the outcome of the war, I felt like I made a real difference with my military career. Later on, through my involvement with recruiting and ROTC programs, I was able to help many young people find their way. That means so much more to me than dropping bombs on a bridge.”

“Most of us didn't want to die. We didn’t want to be John Wayne.” 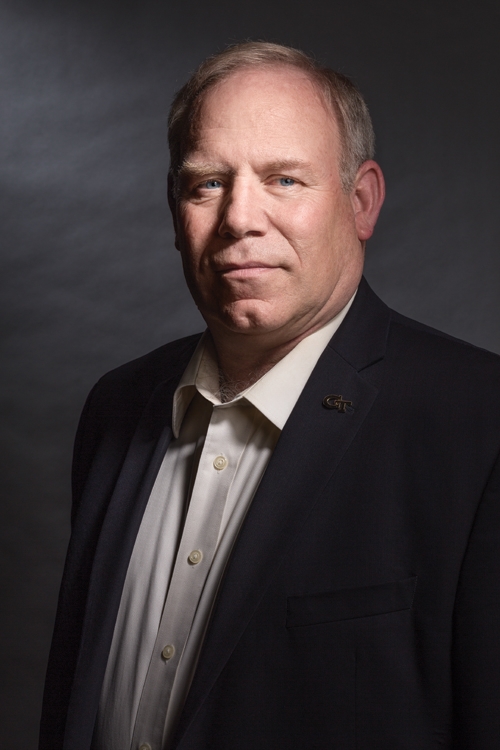 Currently the chief of staff at the Georgia Tech Research Institute, Jim served in the Navy and Navy Reserve for 37 years. He rose from a junior officer aboard the USS Belknap to the rank of Rear Admiral, a post where he, in his last assignment, oversaw the review of enemy combatants detained at Guantanamo Bay.

“I’ve had three defining stages to my Naval career, from a peace-time sailor and engineer to a battalion commander during Desert Storm to a chief administrator.

I’ve been lucky to serve for nearly 40 years in support of causes much bigger than myself, to contribute directly to the safety and security of my country.

Perhaps the most important thing I’ve learned is that you can’t manage people in times of conflict, you have to lead them.”

"You can’t manage people in times of conflict, you have to lead them.” 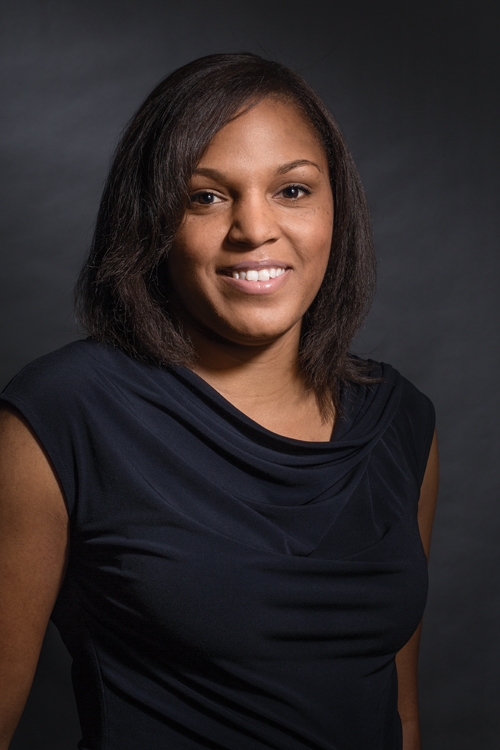 A graduate of West Point, Jasmine served on deployments to both Iraq and Afghanistan in military intelligence and counterinsurgency command roles. She applied for grad school at Tech, but before she could return to the States, she was wounded in action and awarded a Purple Heart. Jasmine just completed her degree and began teaching systems engineering at West Point this summer.

“In Afghanistan, my soldiers conducted more than 600 combat patrols, cleared more than 650 pounds of homemade explosives off the battlefield and detained multiple high-value targets.  … I was wounded during a firefight out on patrol, sustaining blast injuries from multiple rocket-propelled grenades and 82mm recoilless rifle rounds. I lost over 40 percent of the strength on my right side and suffered some cognitive deficits from traumatic brain injury. I was hospitalized for 10 days to allow my brain to heal.”

“I was wounded ... sustaining blast injuries from multiple rocket-propelled grenades.” 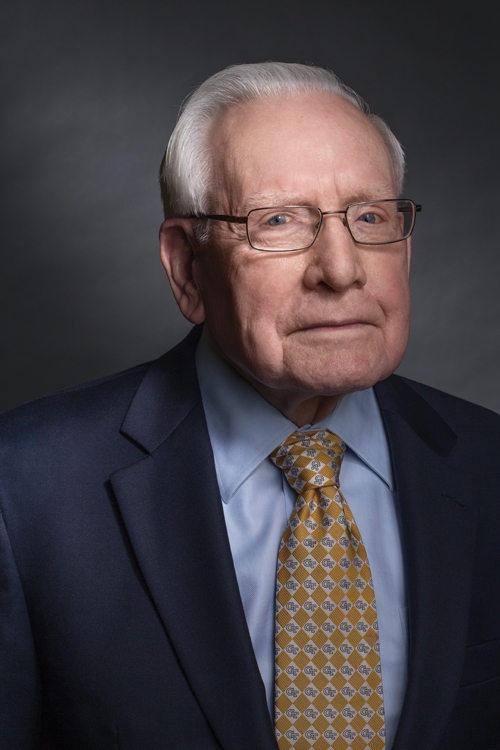 Jim was a sophomore at Tech when the Japanese bombed Pearl Harbor on Dec. 7, 1941, and he was drafted in April 1943. After completing Officer Candidate School, he was named commanding officer of the 183rd Bomb Disposal Squad, which was sent to the Philippines and Japan at the end of World War II.

“I am most proud about being able to serve my country by providing services that saved lives and completing all my assignments satisfactorily and expeditiously. I witnessed cruelty, hardship and filth, and suffered pain, but returned from my time in service the same man that entered. … I seldom think about my time in the service since I have trained myself to focus on the present and future, which can be changed, rather than the past which cannot.”

“I have trained myself to focus on the present and future, which can be changed, rather than the past which cannot.” 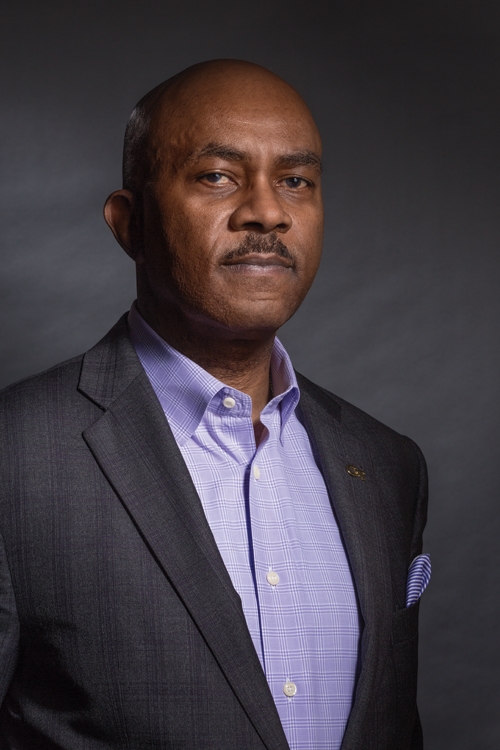 After being dared by a Junior ROTC instructor to seek admission to West Point, Ron served in the Army for 32 years, rising to the post of commanding general.

He oversaw the $18.4 billion reconstruction program in Iraq, became the COO of the Army Corps of Engineers, and now is a Tech Professor of the Practice for industrial and systems engineering.

“Tech gave me some of the tools I needed to command, lead and manage at the highest levels of the Army. Understanding data, process improvement, lean thinking concepts, supply chain management, project management, stochastic processes, simulation, optimization… all these subjects prepared me for the challenges of running organizations like the Army’s Installation Management Command or being the COO of the largest public engineering company in the nation, the Army Corps of Engineers.” 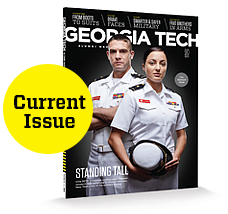 This story originally appeared in the June 2014 issue of Georgia Tech Alumni Magazine.