This is not your ordinary college laboratory. The room is bustling with activity as students gather in small groups peering intently over low-edged boxes. Inside are tiny robots, small enough to fit in your hand, along with equally small blocks.

Although the robots, known commercially as Cozmo, look like toys, Georgia Tech students enrolled in Introduction to Perception and Robots (CS 3630) are using them in a completely different way by learning to apply fundamental programming algorithms to an actual robot.

Led by Assistant Professor Sonia Chernova, CS 3630 is an elective course for students pursuing the Intelligence thread in the College of Computing’s Bachelor of Computer Science program. Thousands of students have enrolled in the class over the past decade, but this semester marks the first time students have used a new robot platform.

VIDEO - A Robotics Class for the Masses 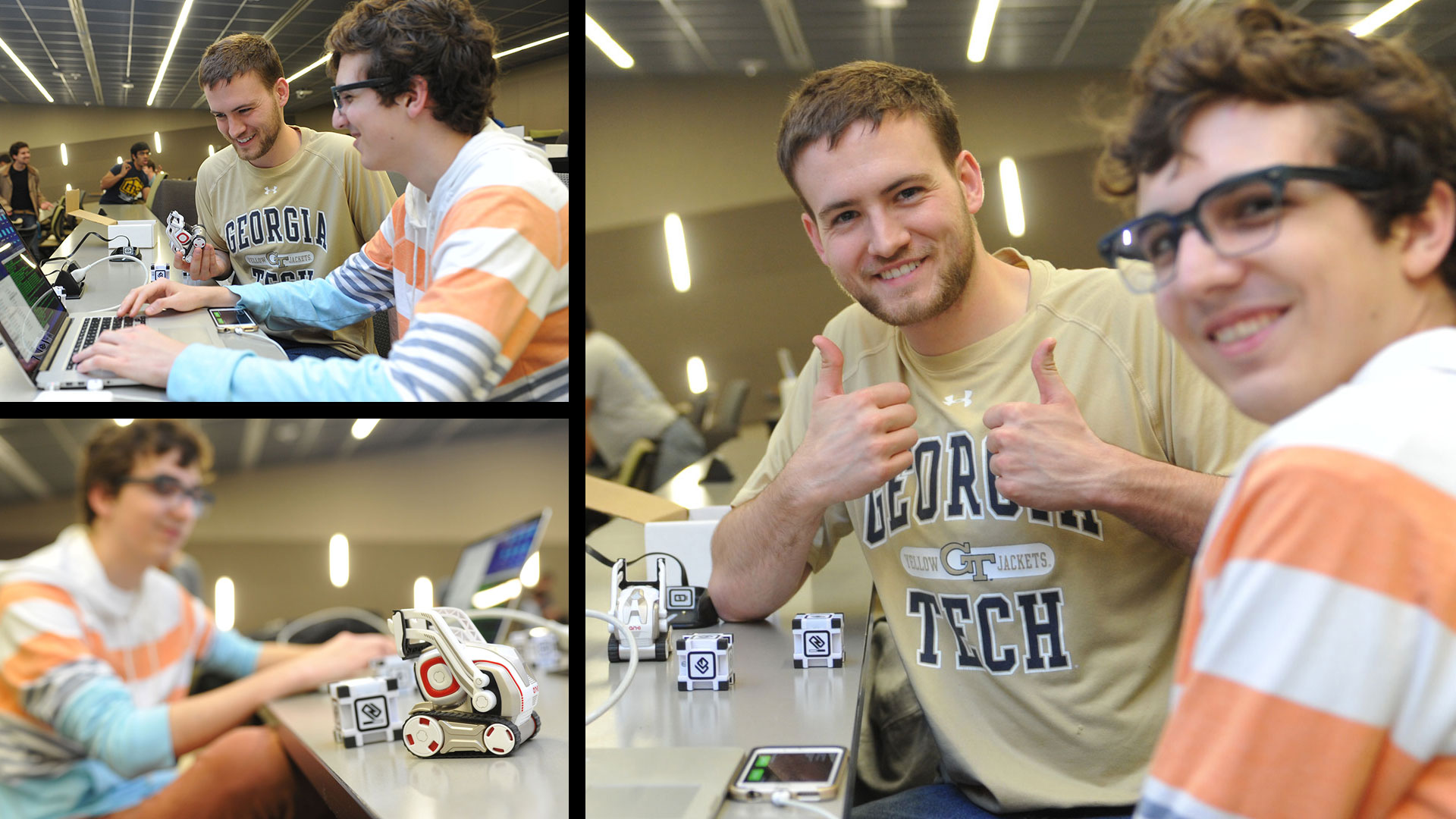 Chernova, who joined the Georgia Tech faculty in 2015, was inspired to introduce an updated platform to the course that would enable students to tackle more complex hands-on projects, such as implementing particle filter localization on the robot itself instead of only in simulation.

“We were looking for a small, portable robot, with a built-in camera sensor and open-source development tools,” said Chernova, the Catherine M. and James E. Allchin Early-Career Assistant Professor in the School of Interactive Computing. “We ultimately chose to use the Cozmo platform because, in addition to meeting these requirements, the robot is extremely expressive, with over a hundred built-in animations.”

The new platform has been a big hit with students. Most of them report playing with it even when they’re not in class, which is exactly the result Chernova hoped would happen. The previous platform was not as exciting and interactive as Cozmo, so the human-robot interaction was typically limited to only laboratory assignments. Now, Cozmos may be spotted all over campus. 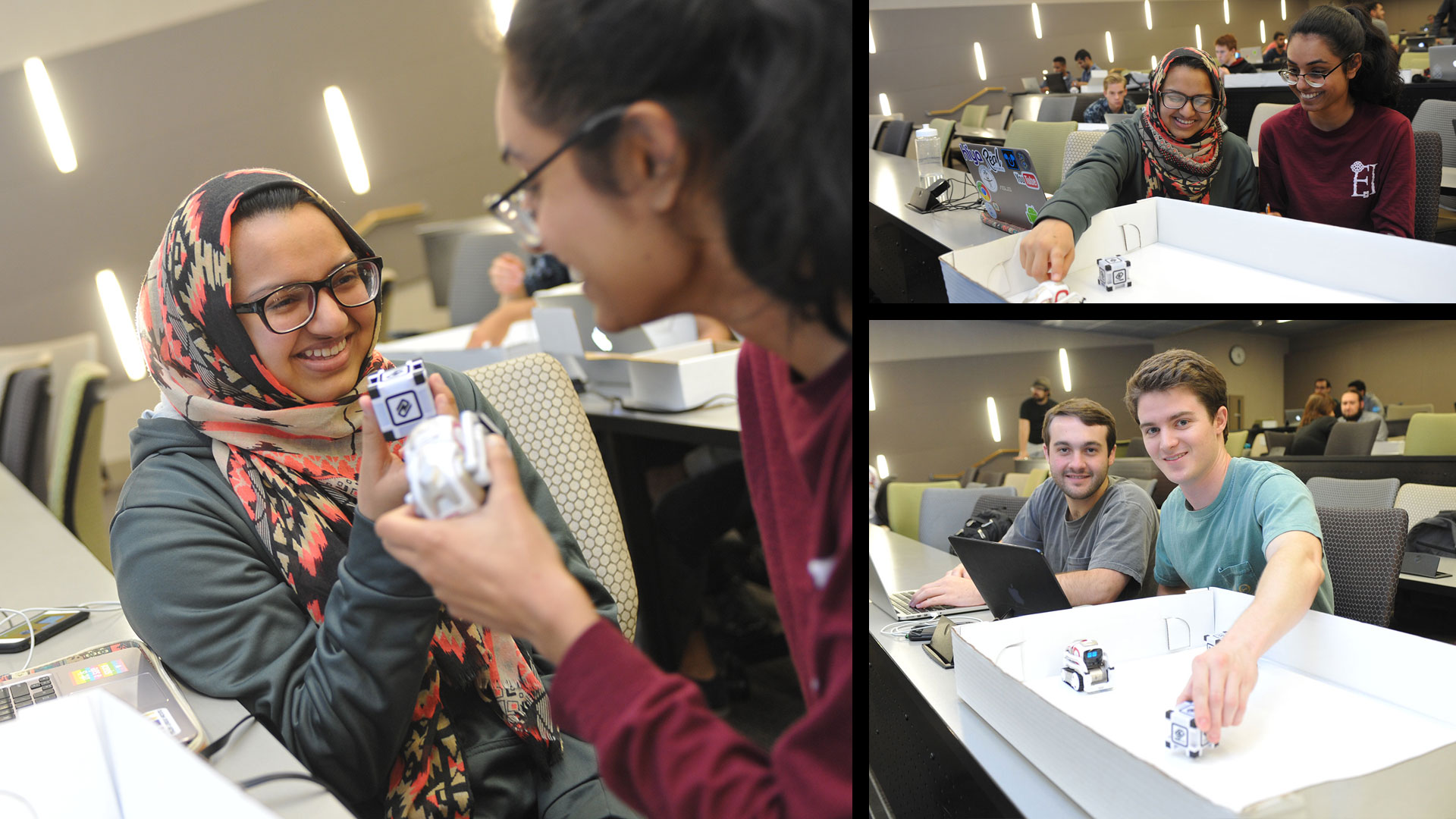 “I knew nothing about applying code to an actual robot,” said Maria Carolina Valverde Lopez, who is pursuing a chemical engineering degree and a minor in computer science. “I love seeing the robot move and knowing I completed the programming that makes it navigate. This is the first time I’ve been able to apply skills I’ve learned in other classes and see the results in action.”

Student demand for CS 3630 has experienced a tremendous growth over the past few years with class size rapidly increasing. This semester, enrollment peaked at 234 students. Comparatively, two years ago, enrollment reached 60 students, and only about half that number enrolled in 2014.

Boris Iachonkov, a mechanical engineering major who will graduate in May, said the large class size has not affected his experience. “There are always plenty of TAs available to help and that, along with the availability of office hours and Piazza (a free online collaboration place where students can seek help), means that I’ve had no unanswered questions.” 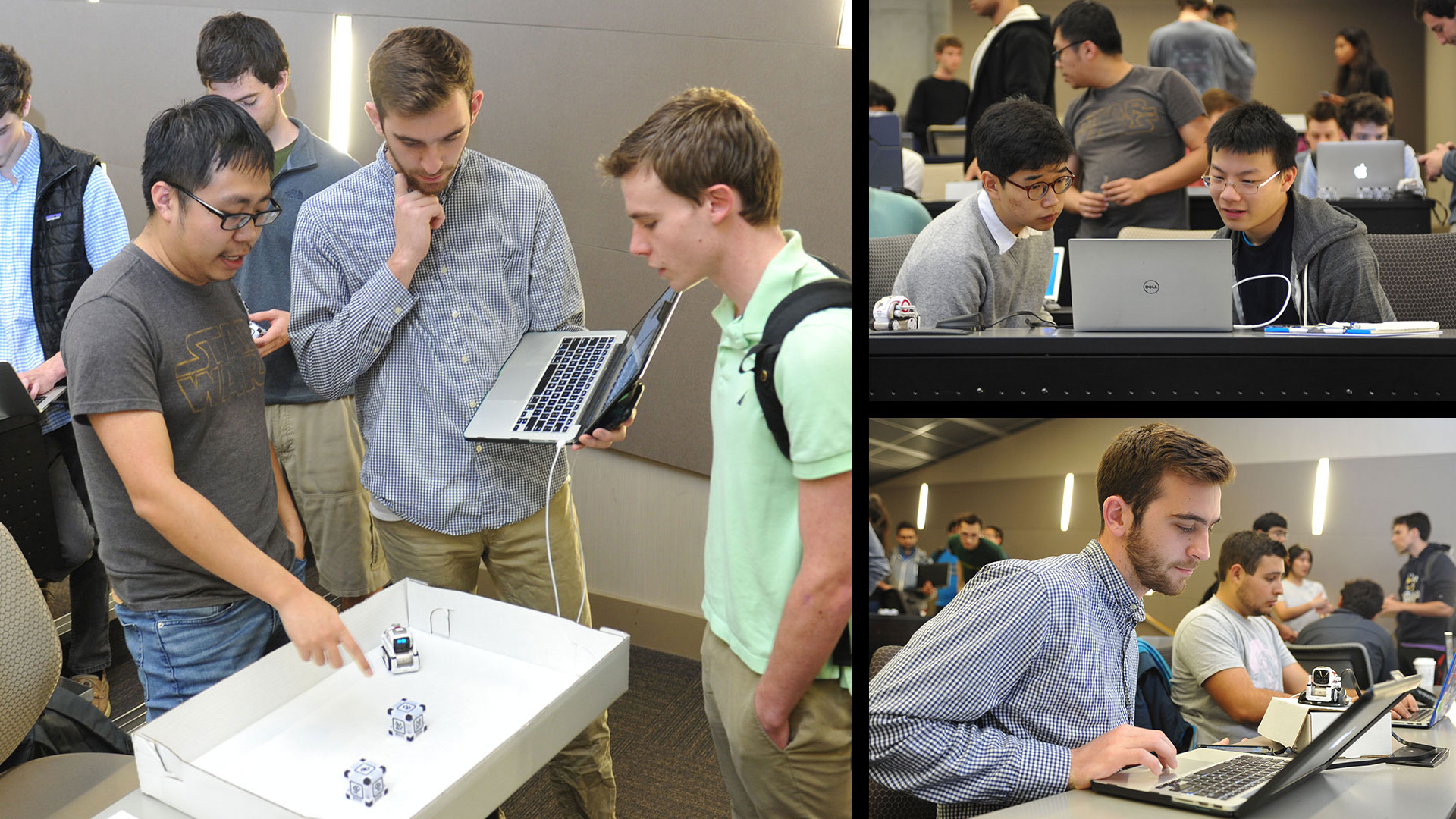 When asked why demand for CS 3630 has grown so substantially large, Chernova said it’s ultimately related to Georgia Tech’s excellent reputation in the robotics field. “We have one of the leading robotics research programs in the world, enhanced by the presence of the Institute for Robotics and Intelligent Machines, the Georgia Tech Research Institute, and the Robotics Ph.D. program on campus.”

She believes that RoboJackets and other activities related to robotics on campus have compelled undergraduate students to be drawn to the course as an introduction to the field. Additionally, Chernova said, “for many computing majors, robotics provides a way to see code transferred into something tangible that has an effect on the physical world — even if the tangible object is only a small robot.” 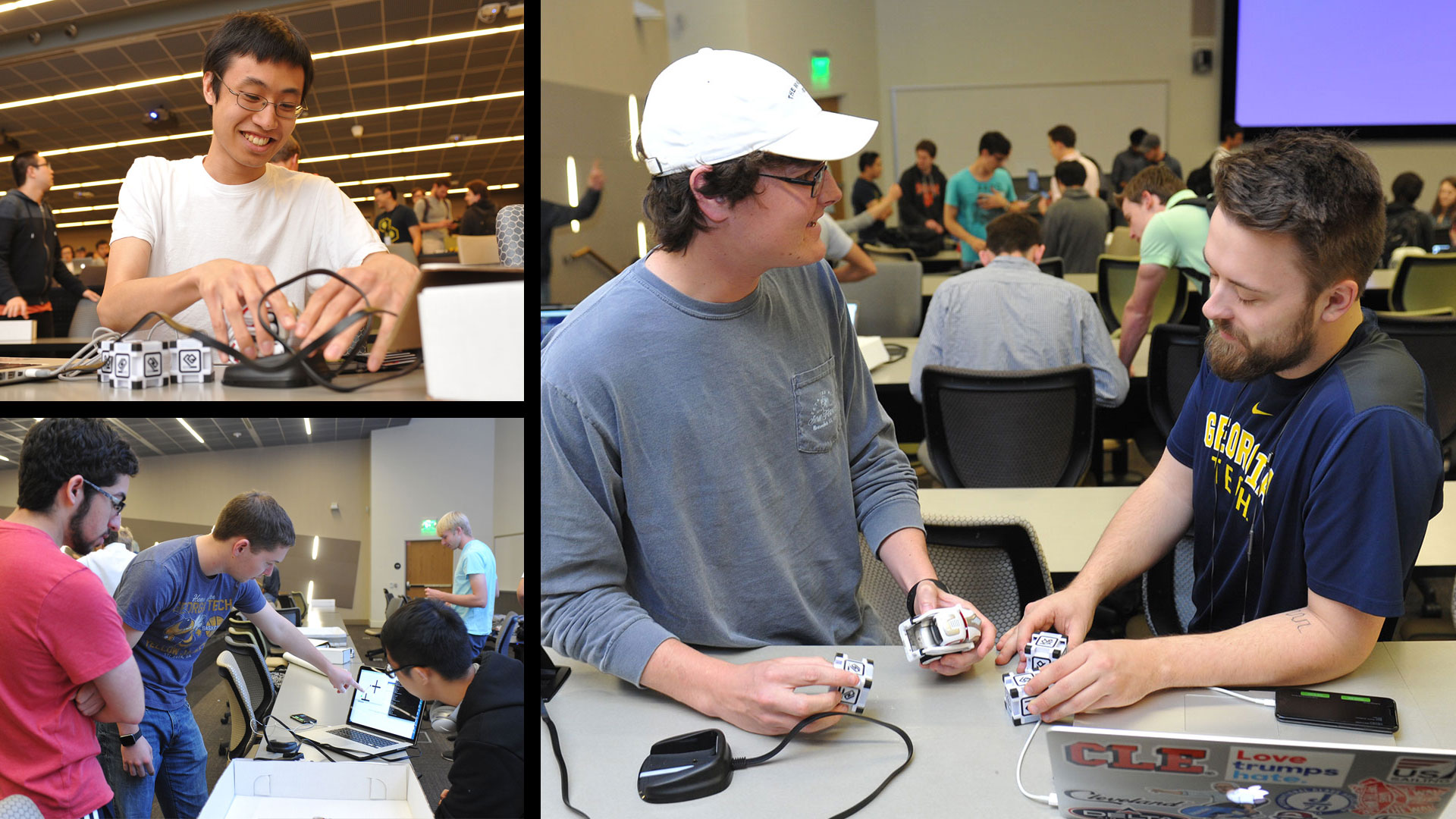