When Emma Siegfried graduates this weekend, she’ll be the latest in a line of family members who have been attending Georgia Tech for more than 100 years. 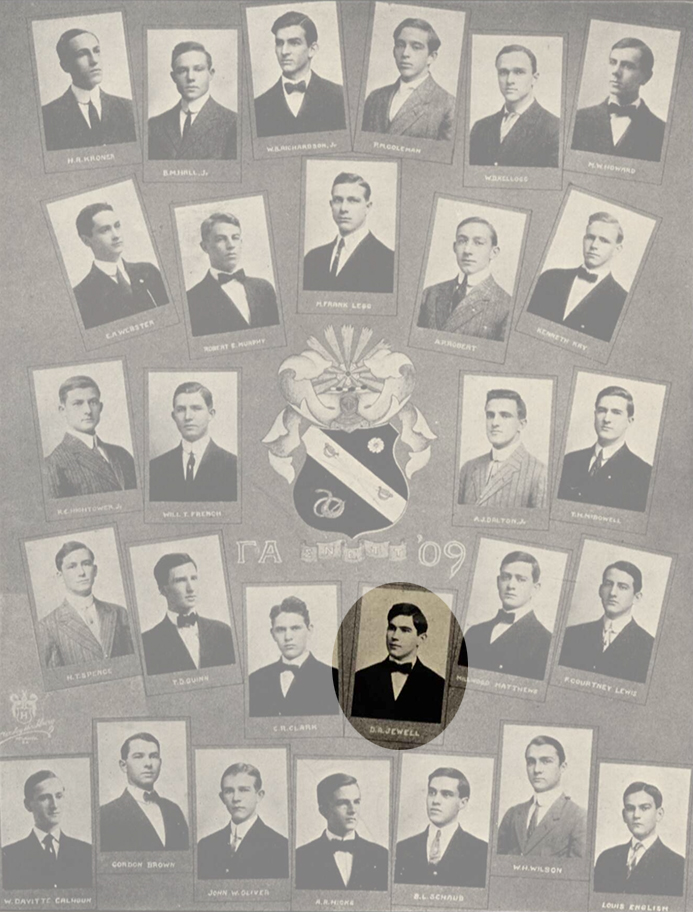 The fourth-generation Tech student and metro Atlanta native grew up hearing about Tech and visiting campus. Even with a mom and many other family members as alumni, though, she wasn’t sure Georgia Tech was for her until she actually enrolled in Fall 2013. At a football game against North Carolina that semester, something clicked.

“Feeling the excitement and energy at the game and with everyone in the stadium, I remember feeling like, ‘OK, I can be part of this,’” she said. “It felt like home.”

Siegfried’s love of Tech spirit led her to the Ramblin' Reck Club, which she joined the following spring — also following in her mother’s footsteps.

“My mom never pushed Tech, but once I got here and joined Reck Club, she started telling me more about it,” Siegfried said. “Sharing that has been cool. I’ve even met people through Reck Club who knew my mom when they were in college.” 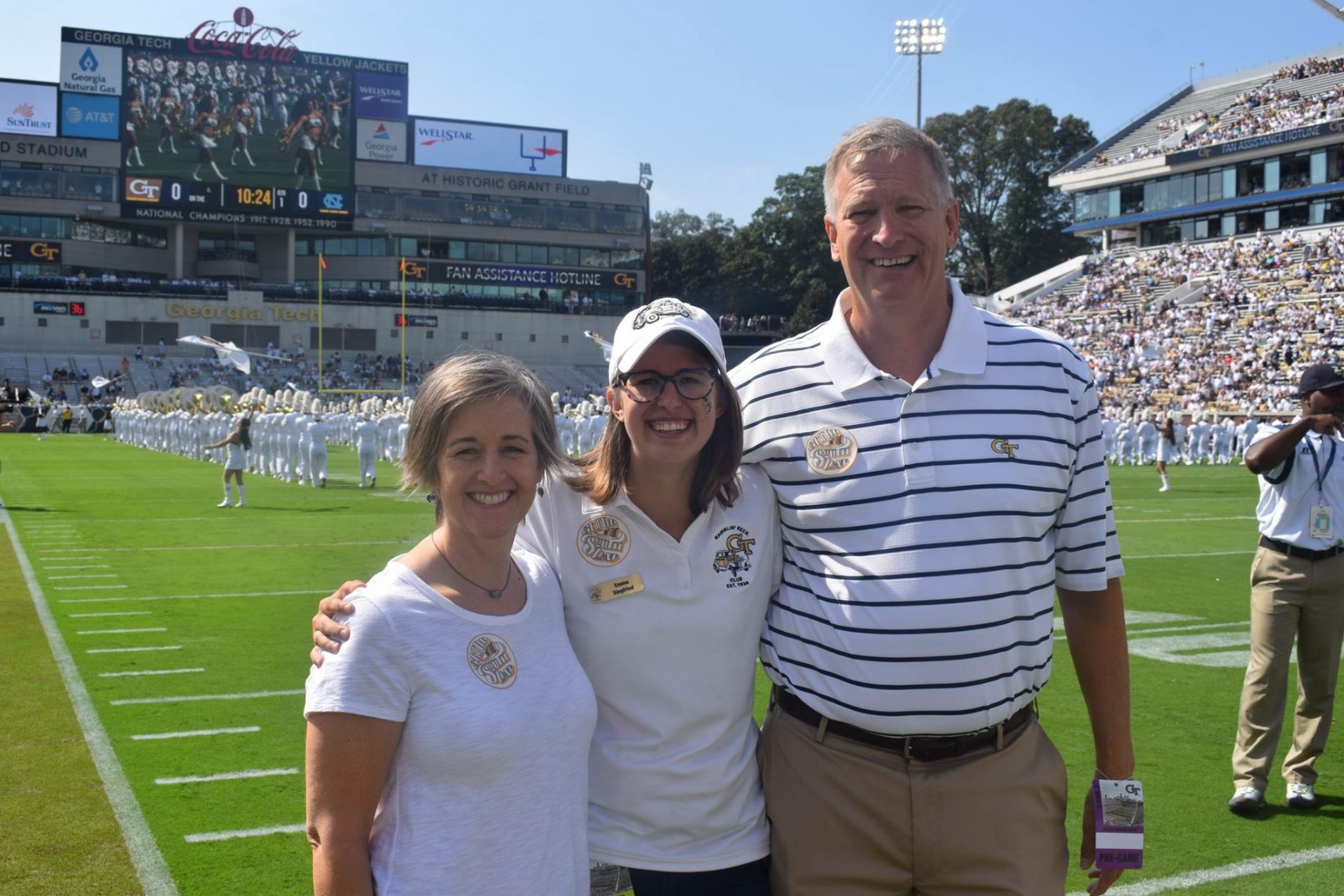 Emma on Grant Field with her parents during the Georgia Tech vs. North Carolina game on Sept. 30.

Siegfried has also charted her own path here, though. As a second-year student, she found herself responsible for planning the national club swim and dive championship, held annually at the McAuley Aquatic Center. The event brings 1,600 people to campus and had never been planned by a student before.

“Executing that made me realize the potential and ability I have to do big things, even if I don’t feel prepared,” she said. In her fourth year, Siegfried helped establish Georgia Tech’s Kappa Alpha Theta chapter, the first new sorority on campus since 2008.

In all her involvement, Siegfried has felt most at home here because of the people.

“Everyone is nerdy and quirky in their own way,” she said. “I was that girl in high school, and then I got here, and everyone is like that. I love it.” 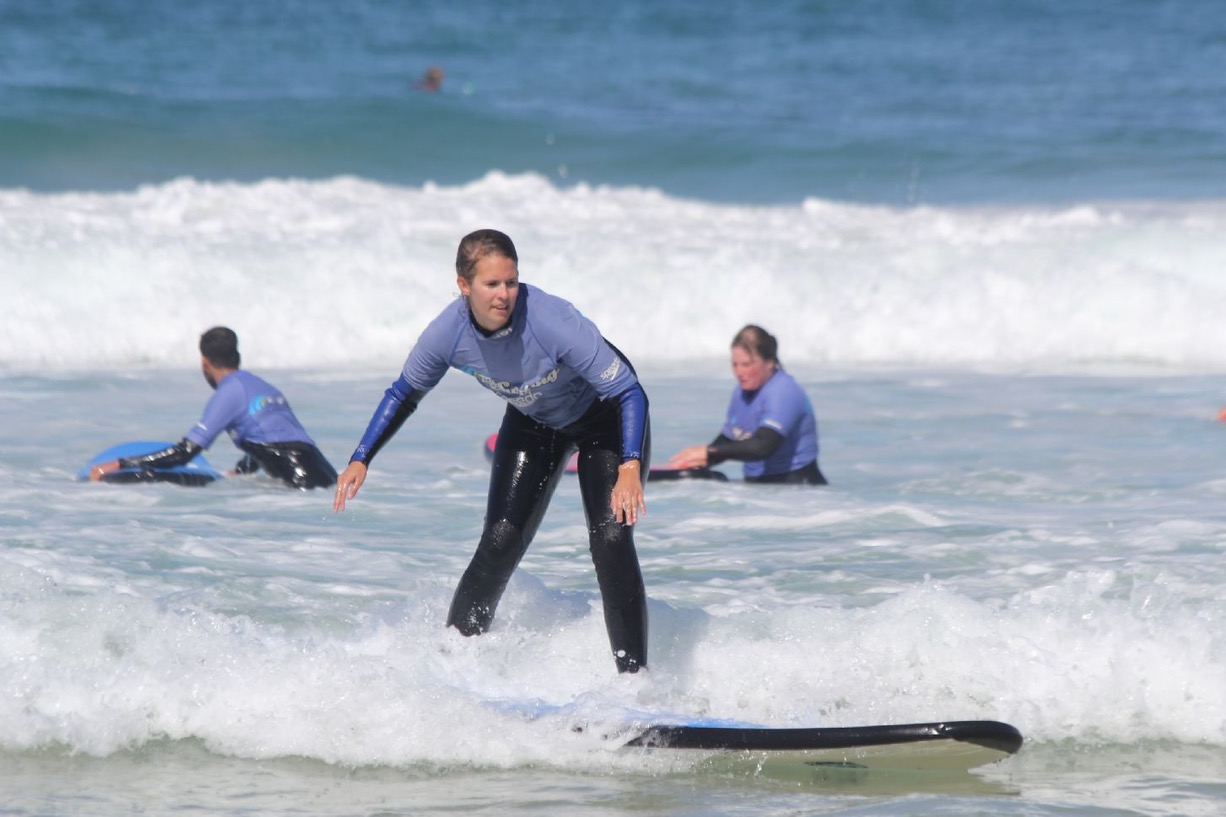 Siegfried will earn her bachelor’s degree in biology this week and has her sights set on graduate school for marine science. Studying biology at a landlocked university, she made the choice to spend one semester across the world in Sydney, Australia.

“I’d encourage everyone to study abroad,” she said. “It’s the best thing I’ve done here. Being so close to the Great Barrier Reef was awesome.”

When she crosses the stage next week, Siegfried will not only be sharing McCamish Pavilion with thousands of graduates and dozens of close friends, but also with the spirit of family history that preceded her. 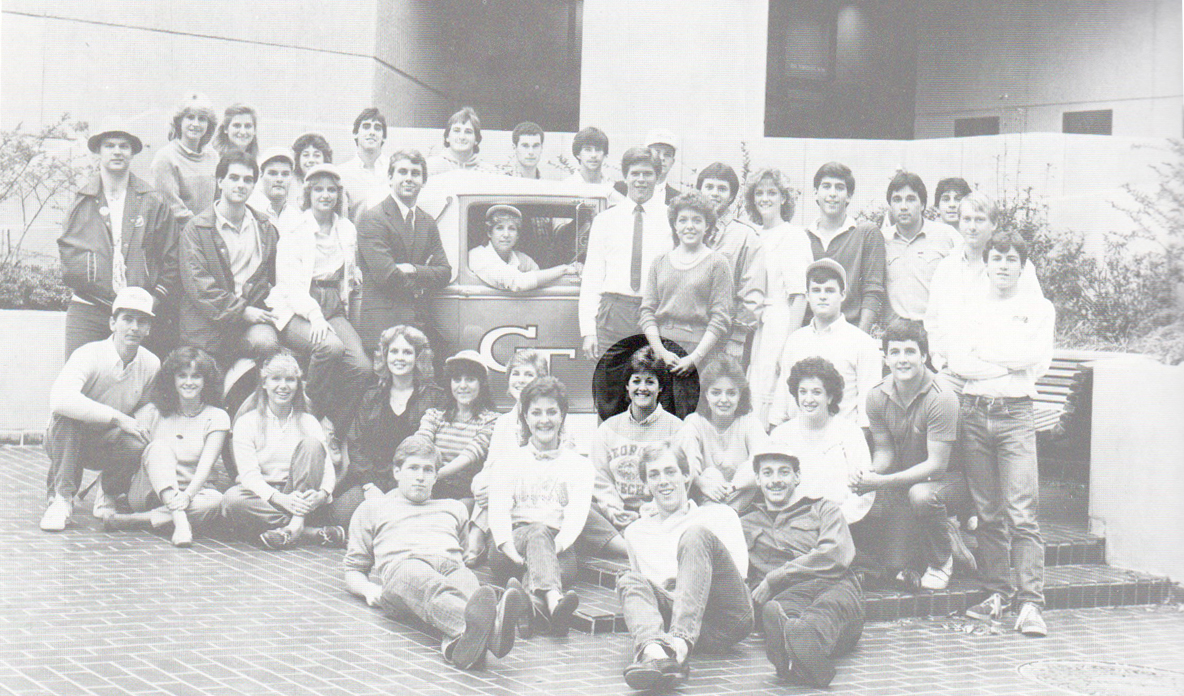 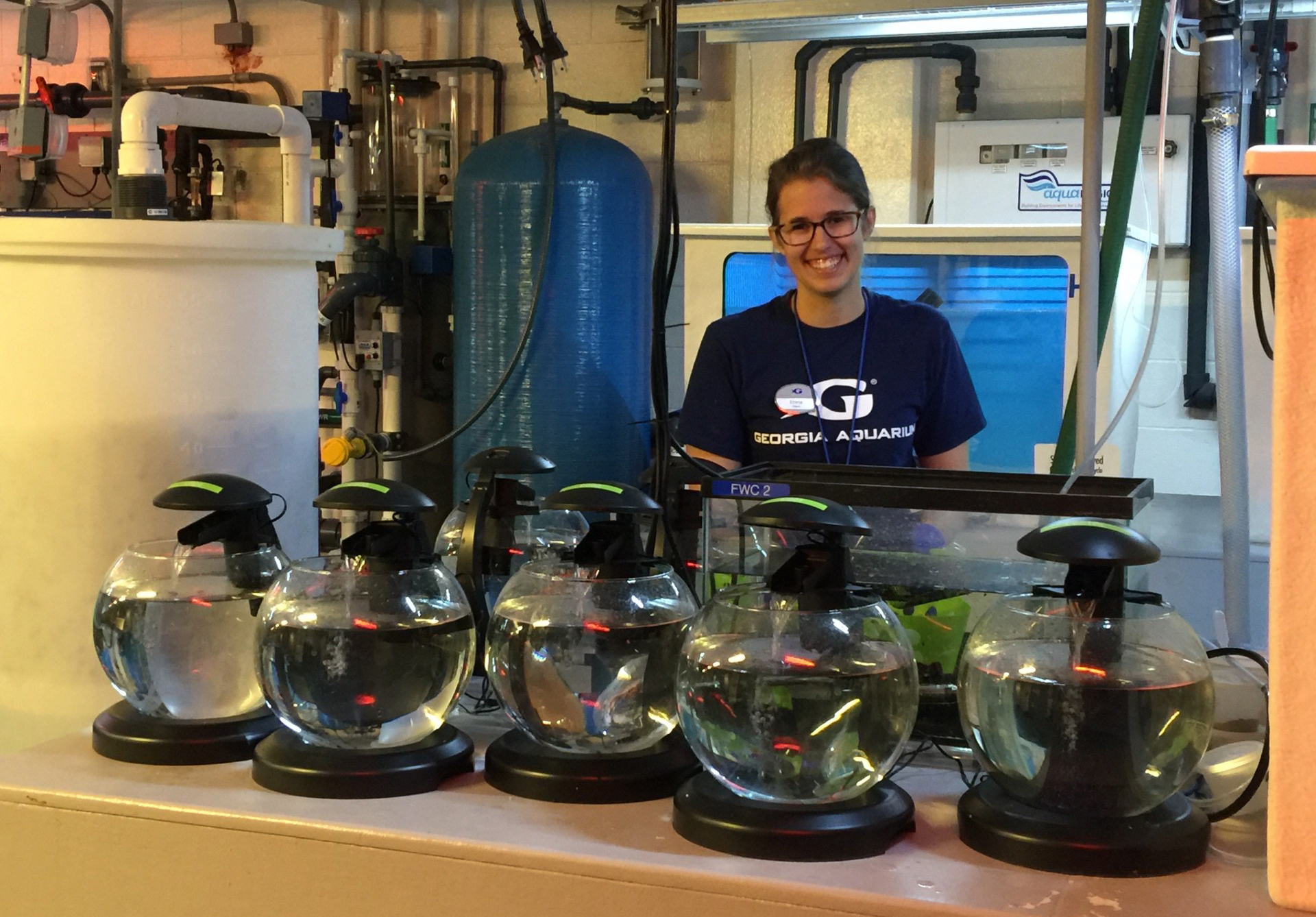 Emma worked as an intern at the Georgia Aquarium. 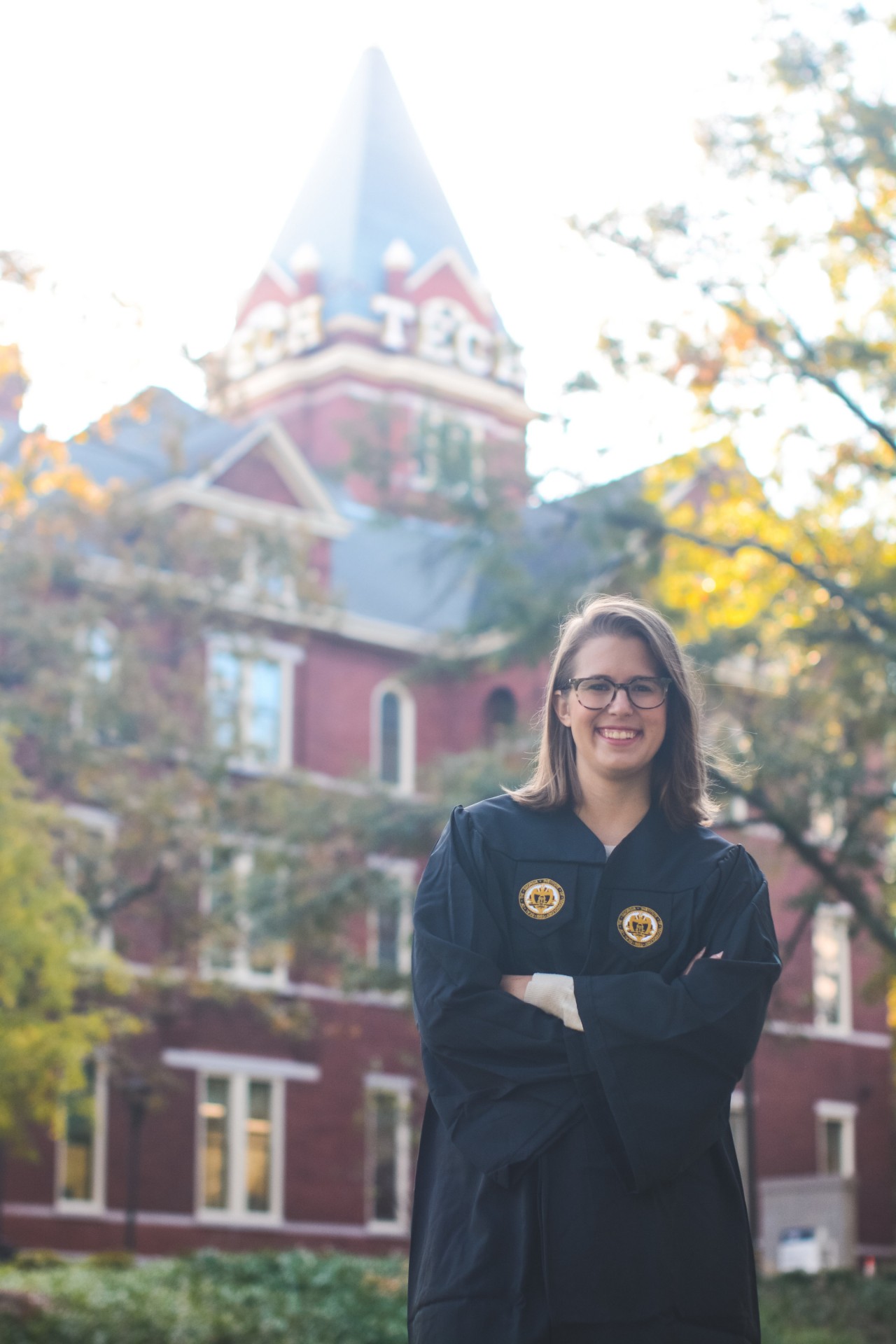 Just before graduation, Emma talks about her time at Tech.