The next generation of musical instruments were showcased at the 2015 Margaret Guthman Musical Instrument Competition, held at Georgia Tech Feb. 19-20. Each year, the two-day event brings together musicians from all over the world to showcase their new ideas about instrument design and engineering — and to compete for $10,000 in prizes.

Entries are varied and creative, challenging the way instruments and music making have traditionally worked. Here are some of our favorite inventions from this year’s competition. 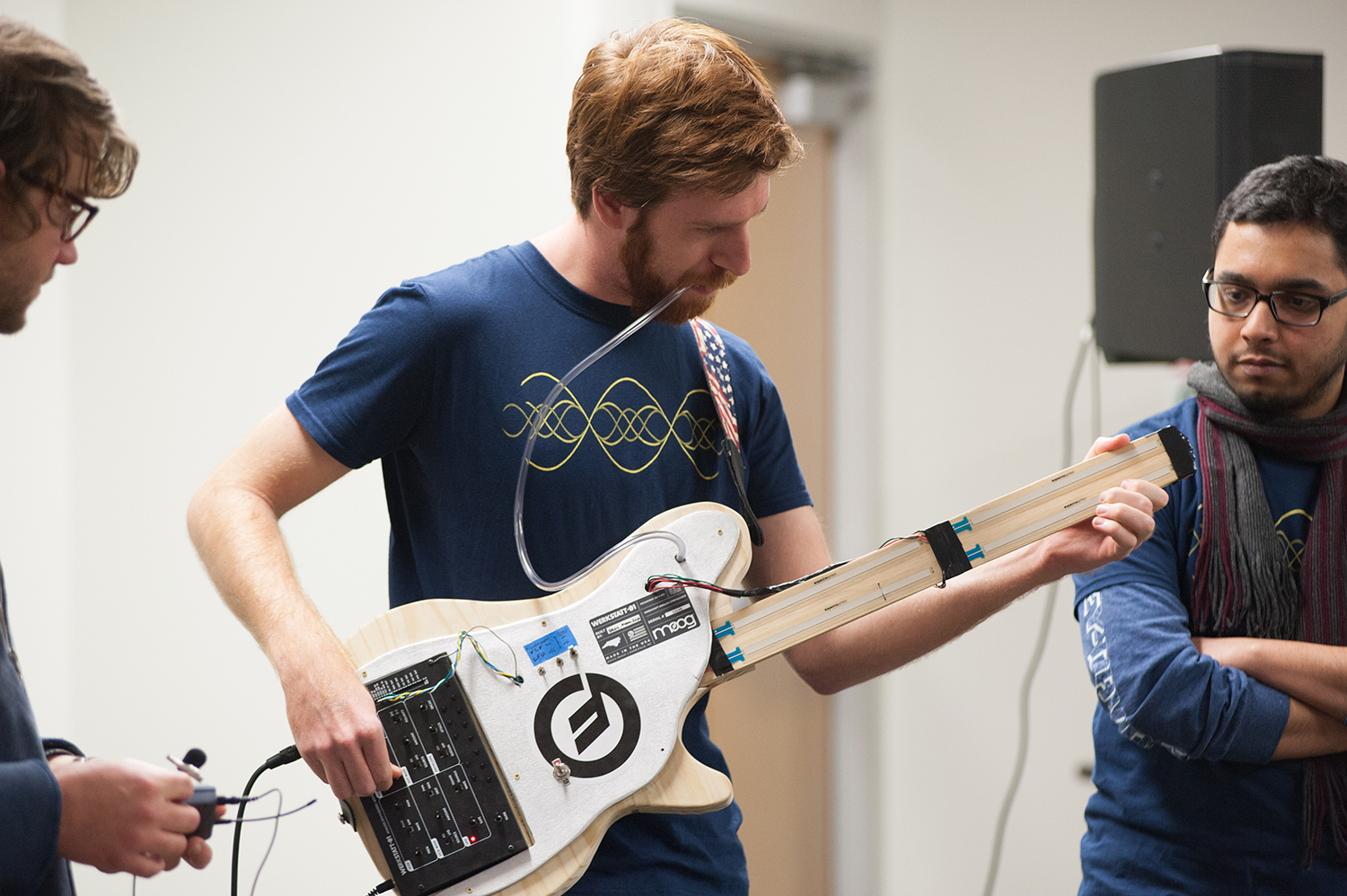 This year, for the first time ever, the Guthman competition was expanded to include students from Georgia Tech. The VCG, a breath-controlled synth guitar, took home the top prize in the inaugural student design challenge. 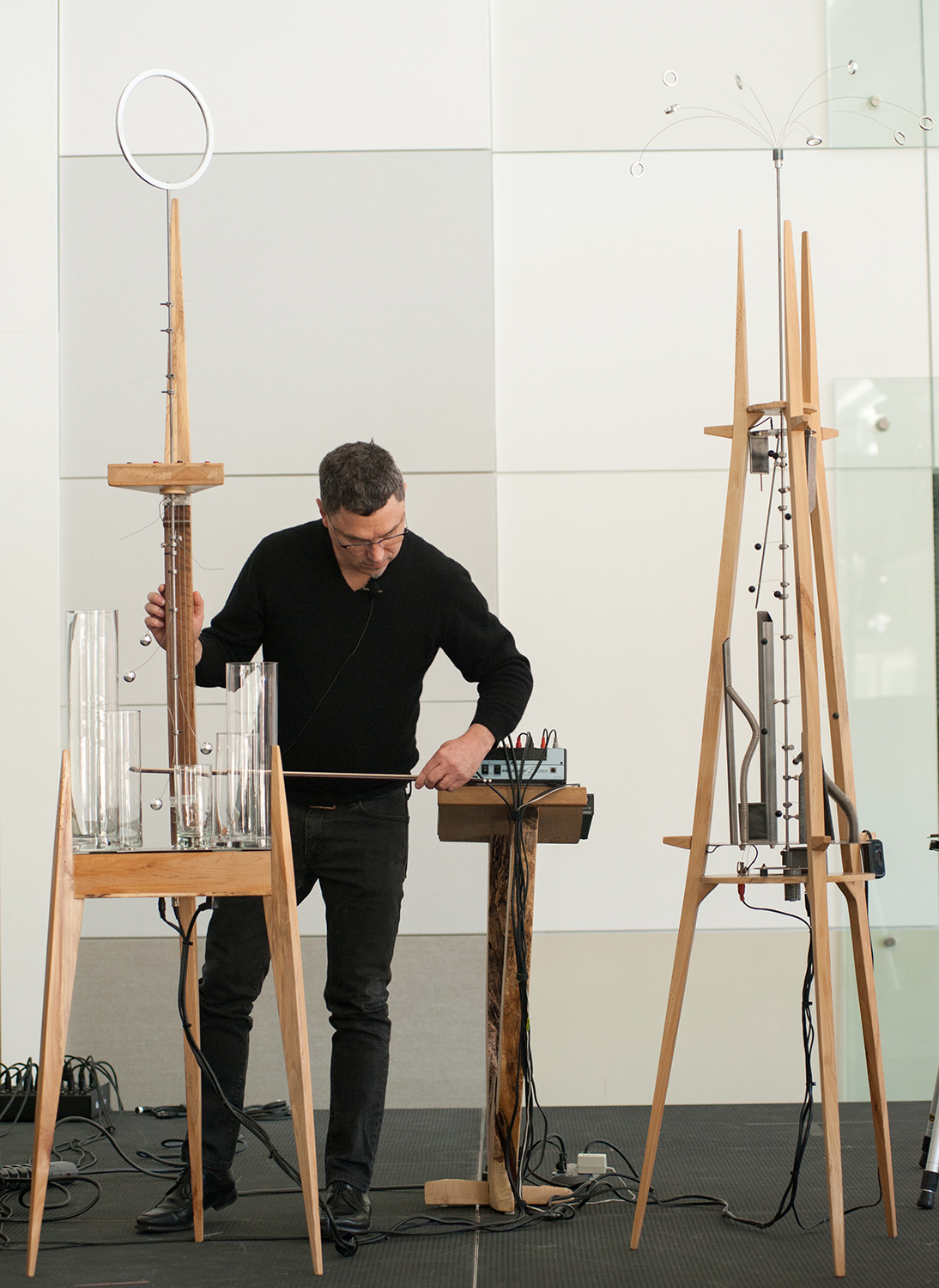 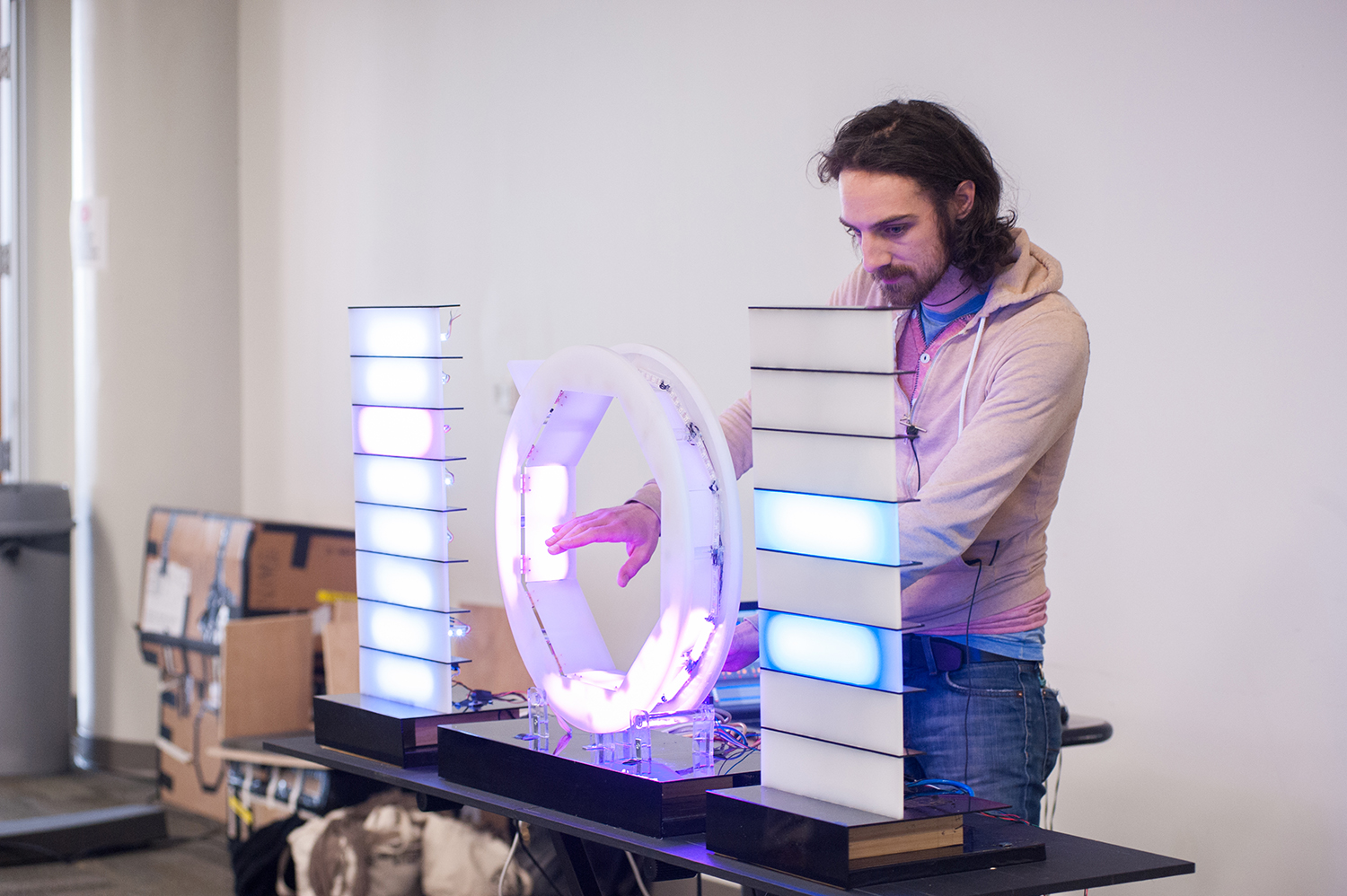 The Nomis produces melodies and loops via light and gestures, and was the winner of the People’s Choice awards for “Best Instrument” and “Best Performance." 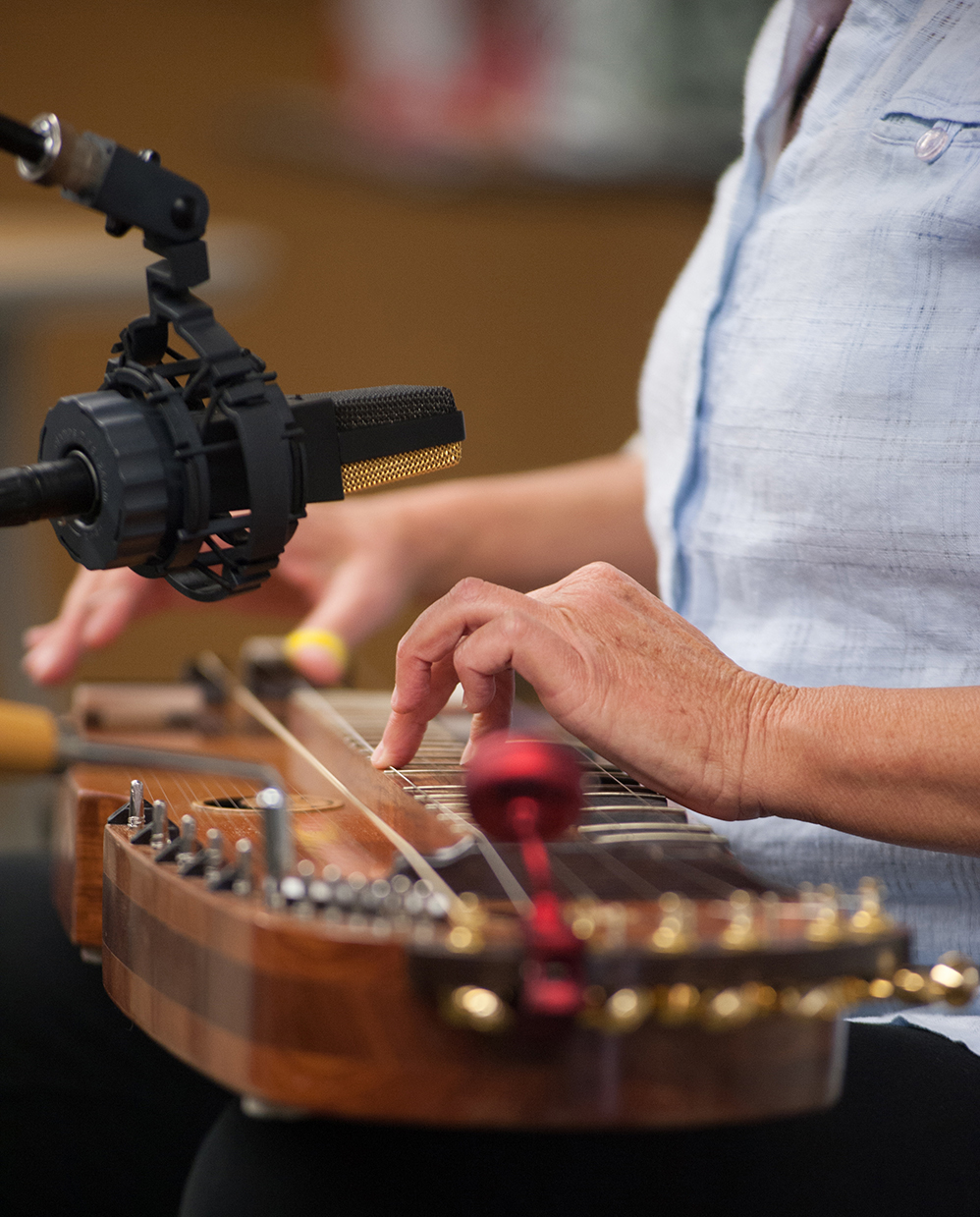 Piazza, a music therapist and sound healer, developed the Dulsitar instrument in order to play “heart-opening music.” Influenced by the sitar, the instrument incorporates a dulcimer fretboard with added frets, and an unfretted bass string. 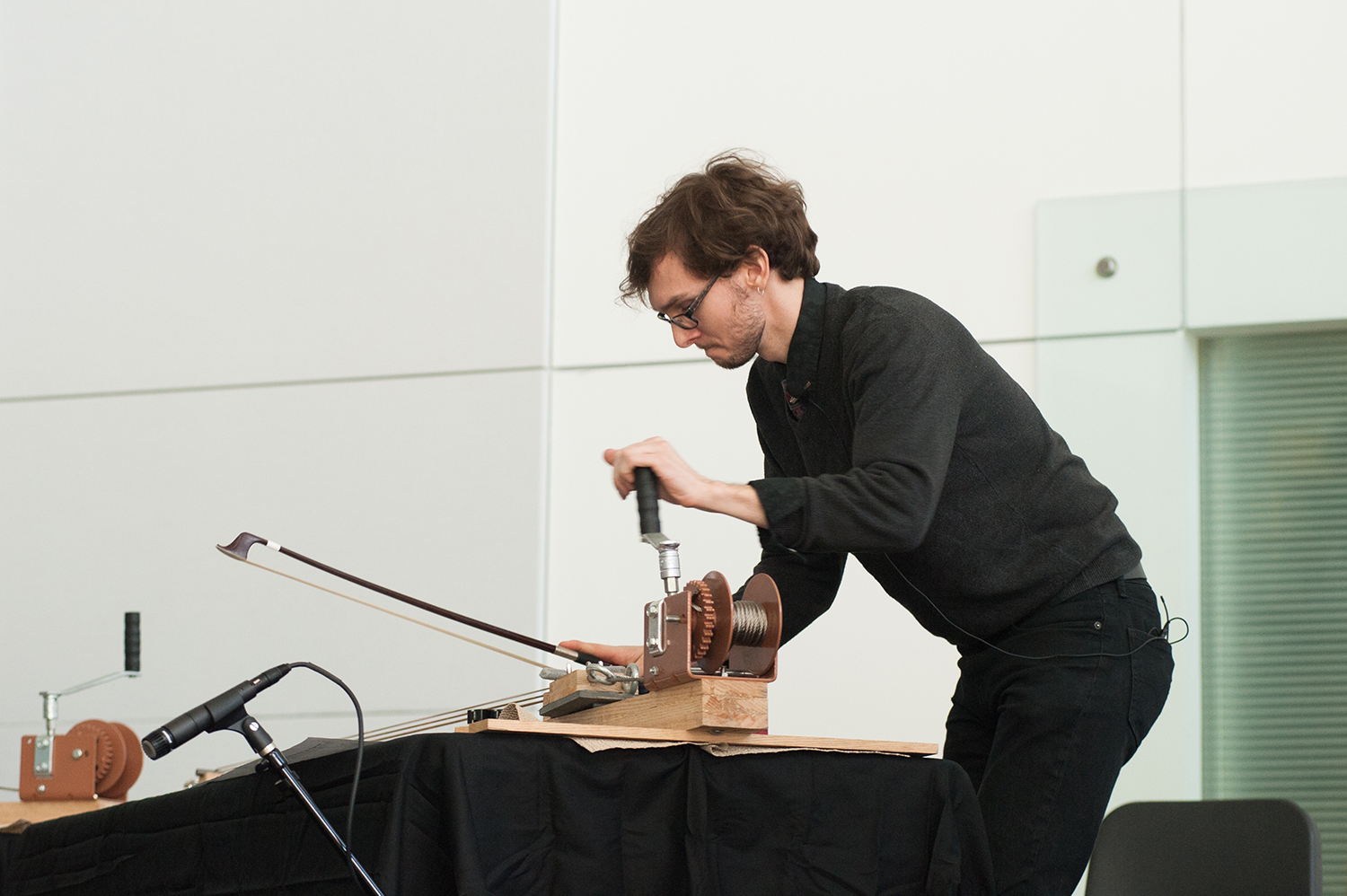 The Turner Winch is a graduated set of three string instruments. Each string is attached to a floating bridge and a worm gear winch. The winch allows the musician to play with both hands while keeping the tension steady. 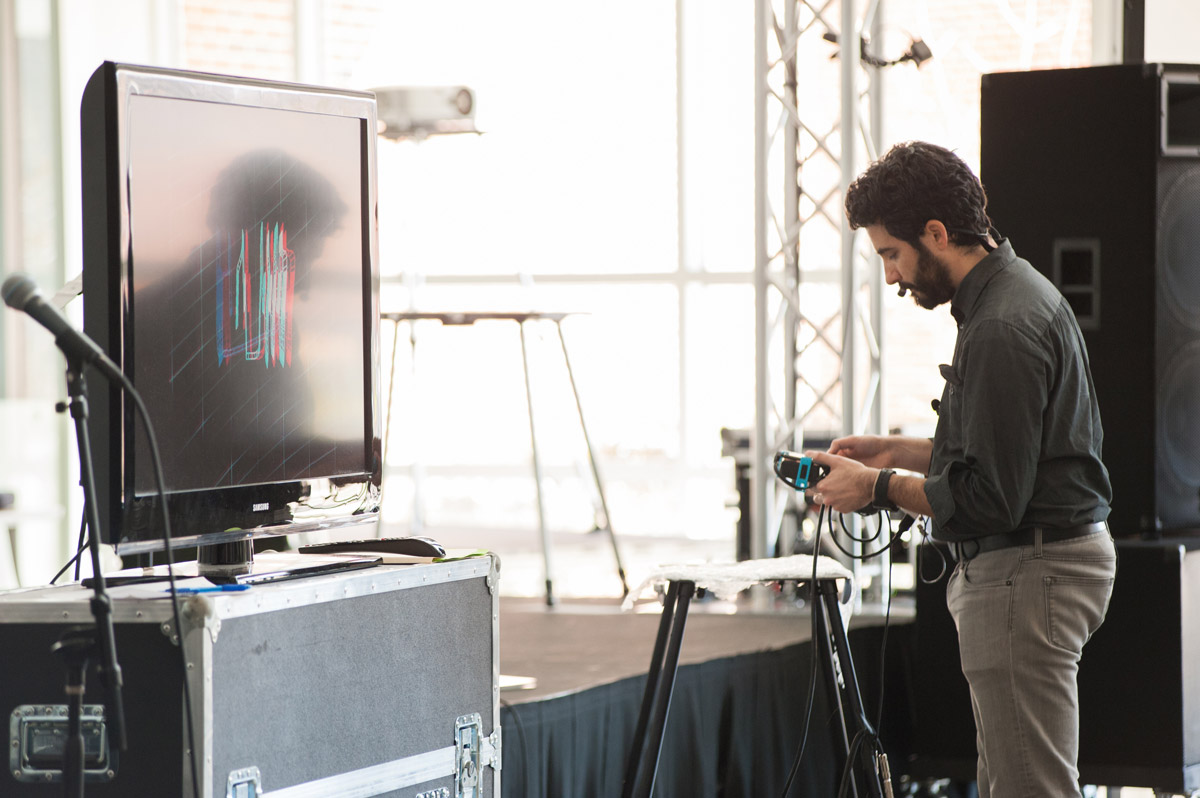 The Holophone converts touch and vocal input into three-dimensional shapes that are projected onto a nearby surface. The shapes are best viewed with 3D glasses. 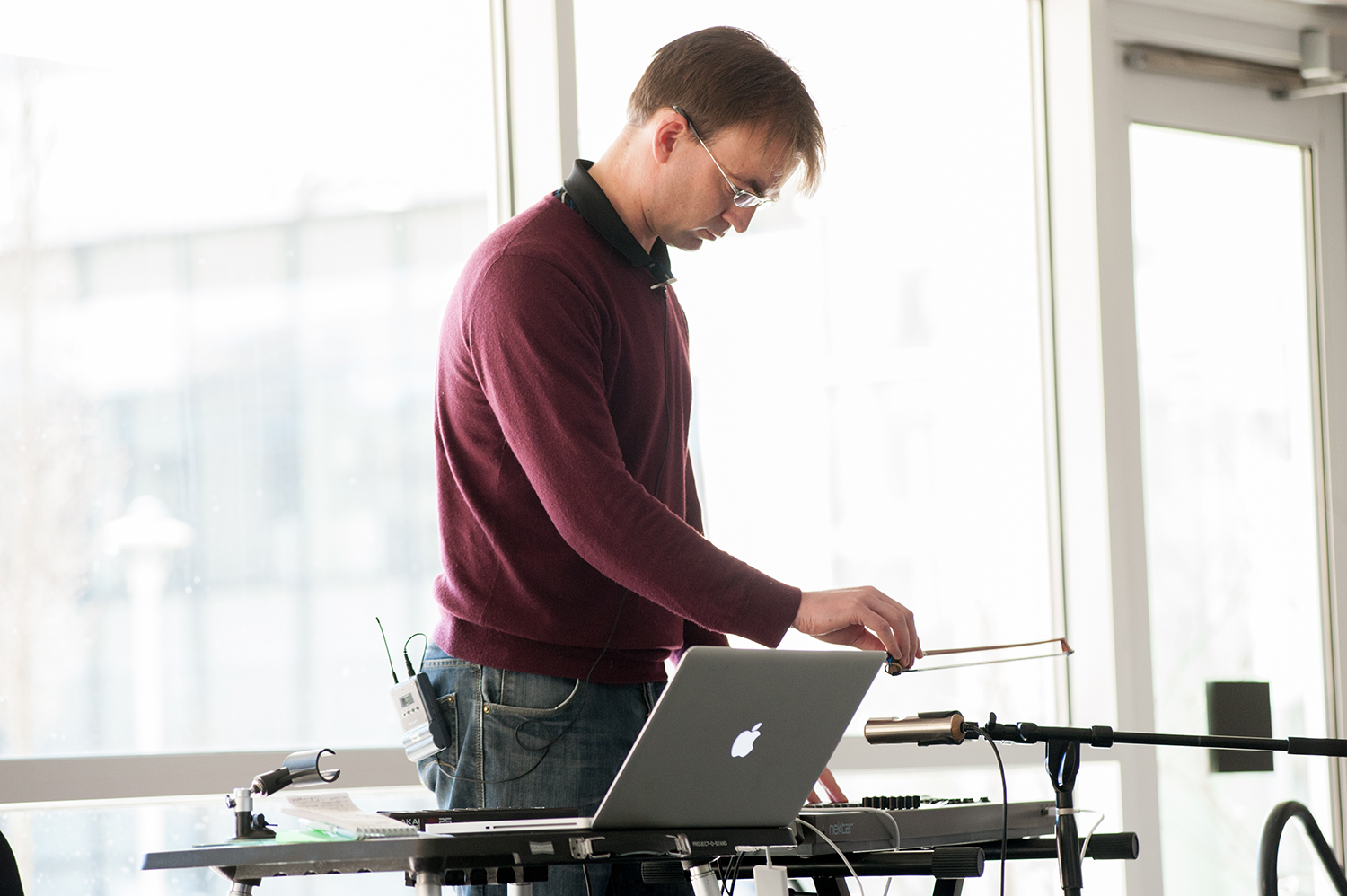 A real string instrument requires careful control and coordination of bow velocity, down-force, bow position, finger position, and vibrato — all of which can take years to master. The O-Bow requires only the control of velocity to produce remarkably expressive orchestral music. 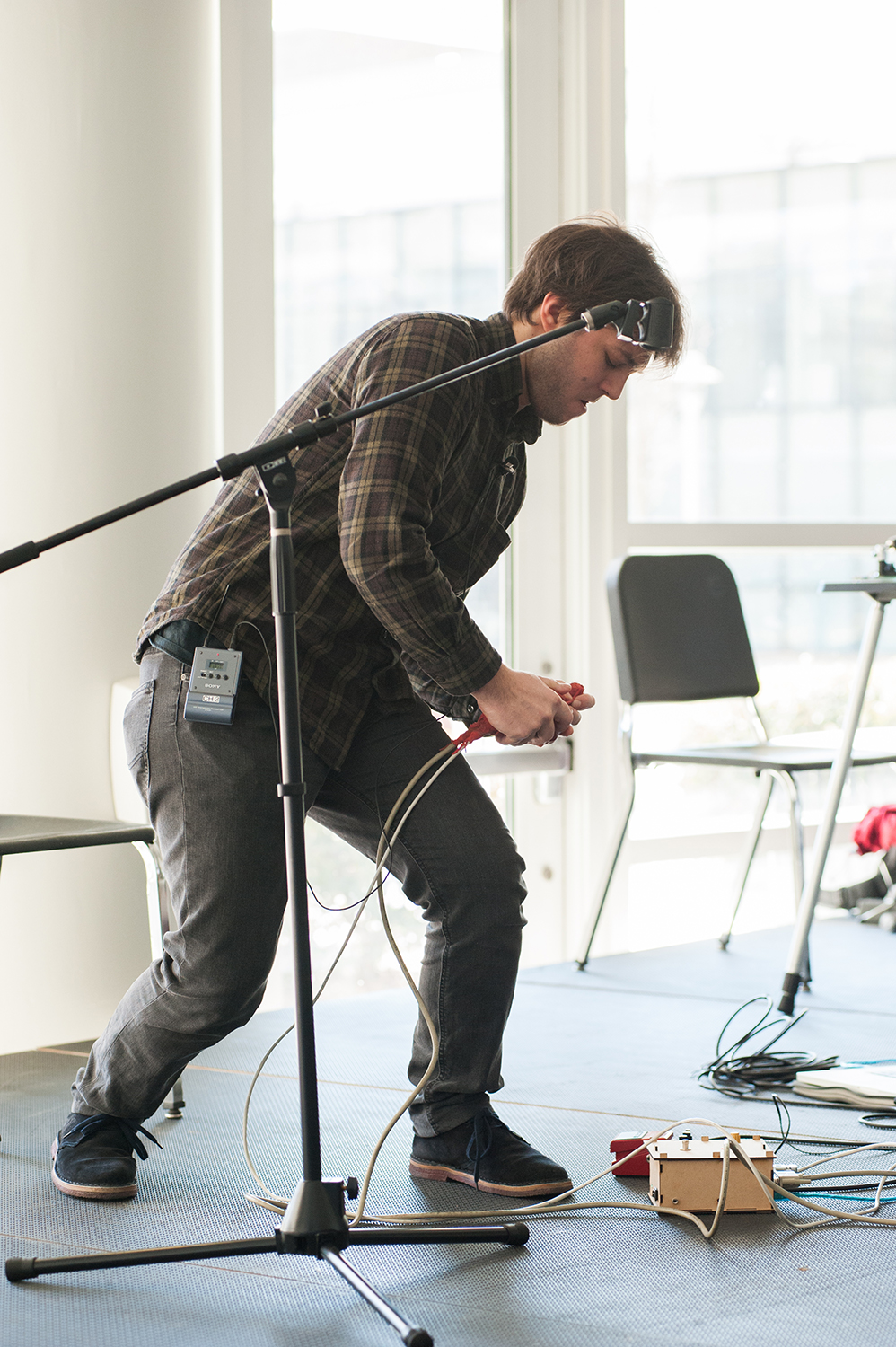 To play the SculpTon, the musician uses gestures and an artificial human voice. The resulting music is often ambiguous, funny, and occasionally disturbing. 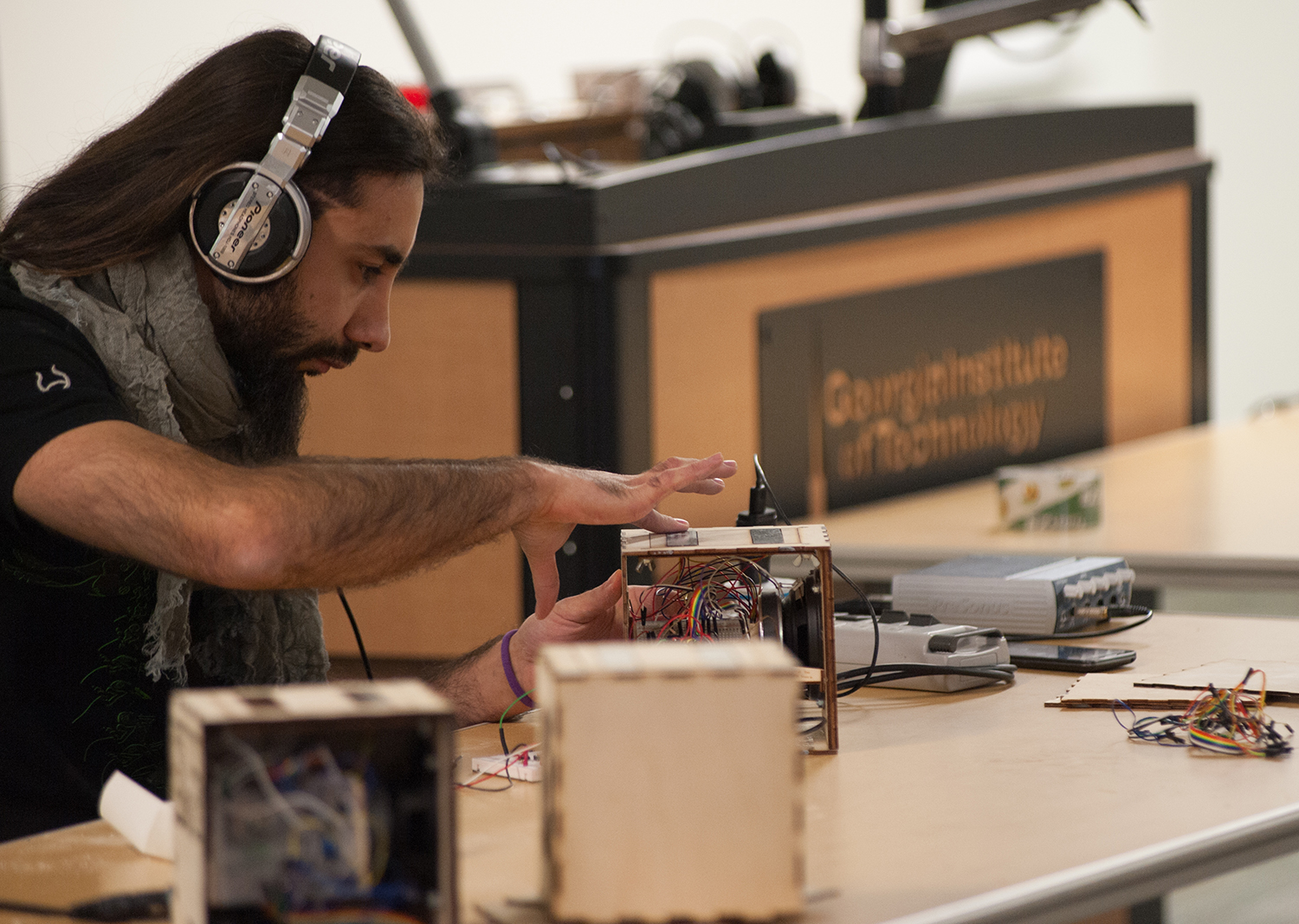 Performers have long developed unusual uses for instruments. Described as a “hackable digital instrument,” the D-Box is purposely designed to allow the musician to rewire and customize it in new and unexpected ways.

Wearing the type of data glove used in virtual reality, the musician plays the GePS through body movement and hand signals. The data is sent to a computer via bluetooth and interpreted into music.

In Memory of Richard Guthman

In December 2014, the School of Music mourned the loss of Richard Guthman. Jason Freeman, associate professor of music, says, “Richard’s open mindedness, genuine curiosity, and spirit of collaboration set the tone for the competition that turned the Guthman into a spirited community of practitioners sharing innovative ideas as much as a competition of the world’s greatest instrument designers.”