On Saturday, April 22, thousands are expected to gather at Candler Park to demonstrate their support for science and the role it plays in society.

Among them will be many scientists, researchers, and students from Georgia Tech, some of whom have had a role in planning the March for Science Atlanta. Attendees will hear from local scientists and supporters and follow a 2.2-mile loop around Candler Park.

Listen to Paul Goldbart, dean of the College of Sciences and Betsy Middleton and John Clark Sutherland Chair, talk about the importance of science. 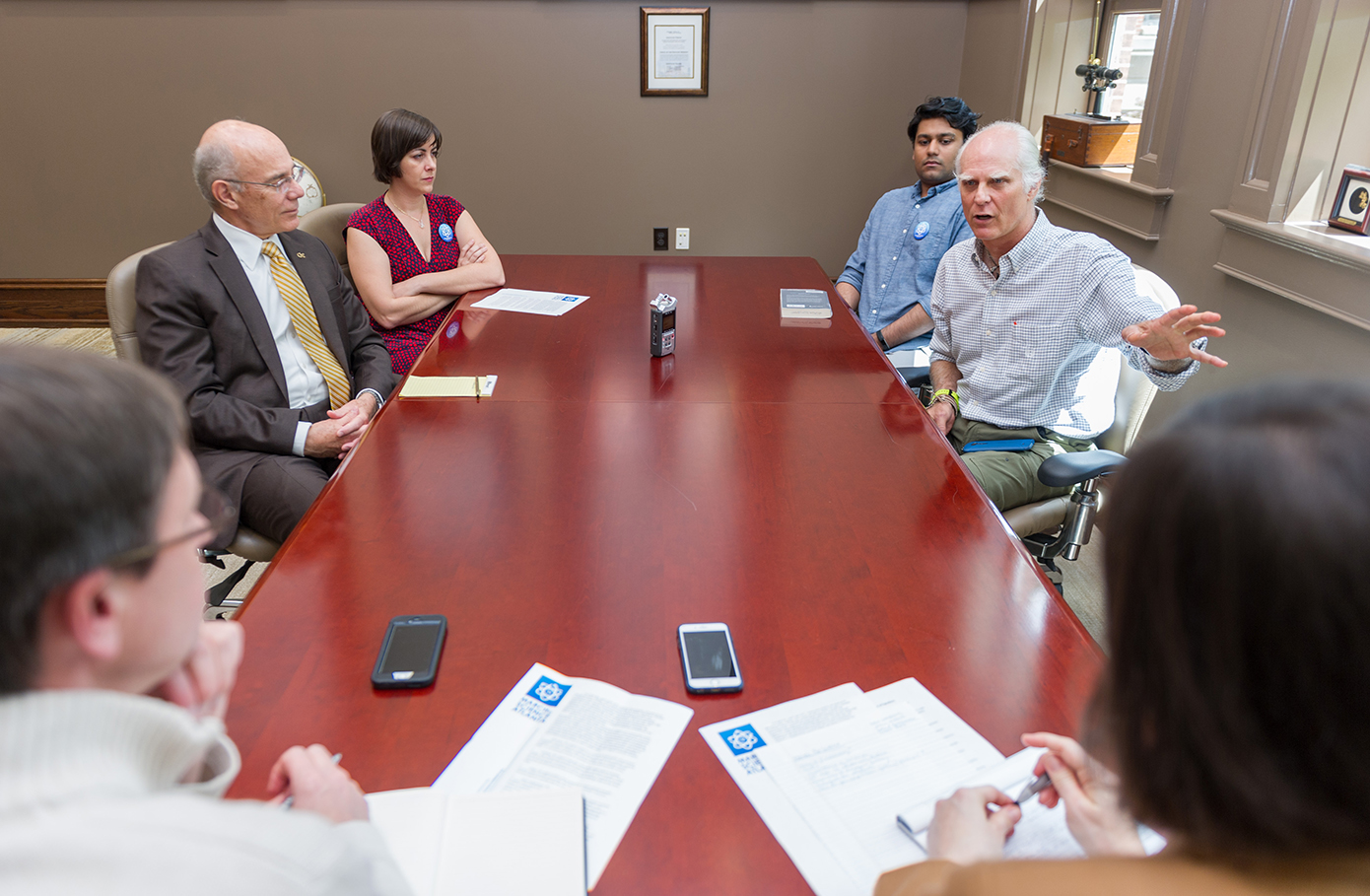 Sathya Balachander and Jenny McGuire talk about what to expect at the March for Science Atlanta.

Marc Weissburg talks about what he thinks will make the march a success.

How do you feel about the event?

McGuire: Really excited about it. It’s going to be a great list of speakers, great program. Great group of organizers.

Weissburg: It seems like we’re drawing a bunch of really diverse people. If this is just scientists marching, then it’s not going to do what we want it to. When we start to get other groups involved, and people from the community recognize the importance of science for their daily lives and want to come out and support it, that’s a really good sign.

Bras: This is probably one of the few times where scientists are organized to make a statement that goes beyond our lab walls. We need to do that far more often. We need to be able to articulate to the public at large why science is important and explain it in ways people understand. We live and die by science and technology, and that’s what creates value, businesses, and wealth in the modern world.

What is the disconnect with the public?

McGuire: There is a lot of cherry-picking of information for specific agendas. Part of the message is wanting to step back and really look at perspectives that are more broad and that come out of a scientific community.

Bras: One of the things we are facing is the debate of what is fact. Science is fact. That doesn’t imply that science is certainty. There’s a lot of ambiguity at times, but it’s based on fact. It is our responsibility to educate, teach, and promote the ability to distinguish what is fact and what is not, and to ask the right questions. We need to be able to discern what is truth. 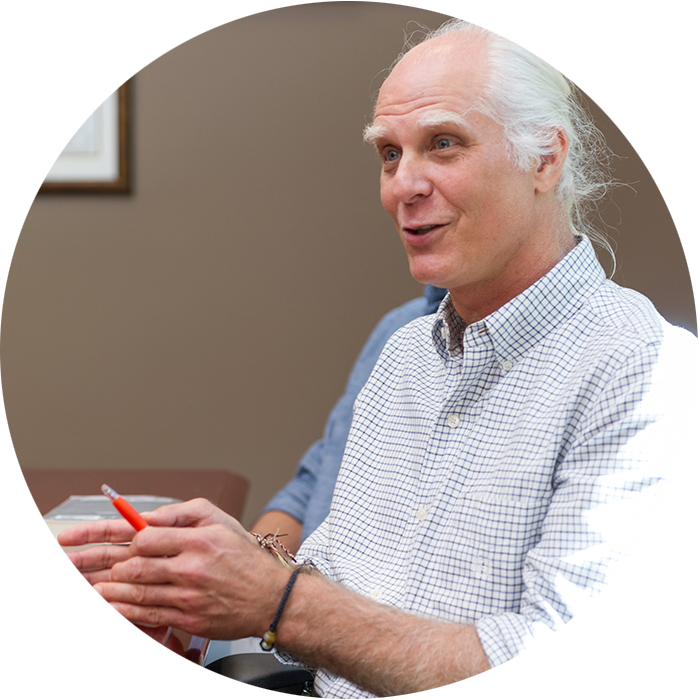 Weissburg: We as scientists often communicate in a way that makes sense among ourselves, but we don’t break things down in a way that allows the lay person to say, “This is really what’s important to me.” You can tell who’s a scientist and who’s not based on why they say science is important. Scientists make long, plausible arguments. Other people say things like, “Twenty years ago my daughter would have died of breast cancer, and now she won’t, because scientists figured it out.” The more we as scientists learn to communicate things through that kind of value-based process — telling the story essentially — the more people will appreciate why they need to support science.

Balachander: It’s beautiful to see people in science stepping up and getting into politics, and to see how scientists are trying to say what’s important to them and shape policy based on data and what communities need. 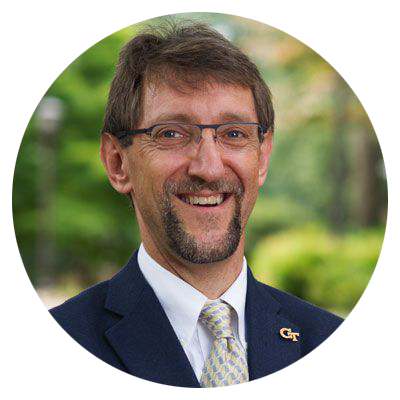 Paul Goldbart, dean of the College of Sciences, talks about how difficult it is to "put science on hold," and which specific areas of study would be in jeopardy if funding cuts and different research priorities were to be enacted.

Why is it important to get involved in policy or sharing science?

Balachander: It’s great when people in the lab work for something that has an impact 20-30 years down the line, but right now there are so many important things that need to be addressed. You have to shape your thinking and realize we’re all in this together, so let’s try to make this a better society, which also includes animals, the environment, and other countries.

McGuire: Much of our funding is public-based. It’s our responsibility to get out there and use our understanding to improve society and to make science-based policy as best we can. We’re starting to realize that and move in that direction. As much as we can reach out and connect to the public, we should, because this is why we are working here. 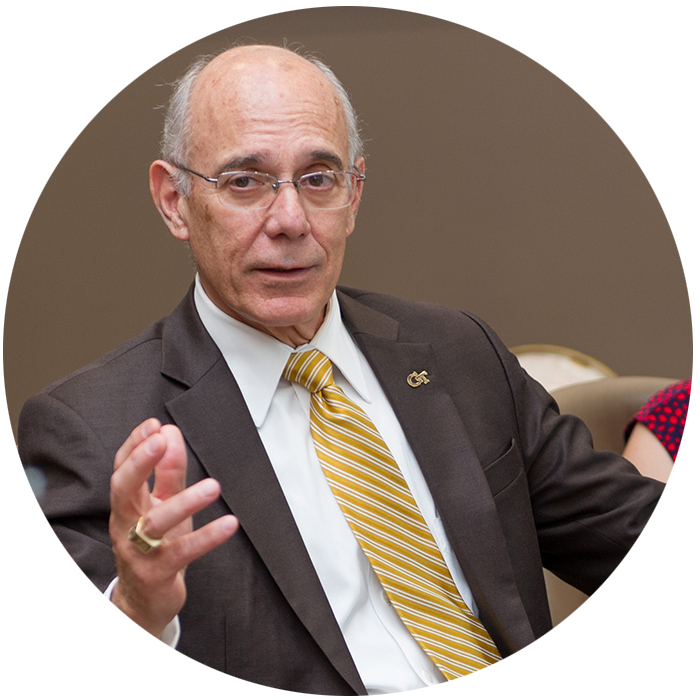 Bras: The majority of people, particularly in the business community — I do it — have all our retirement funds invested in the market, and we make decisions about where to invest and move things all based on models. Trends, models, and predictions that are far more uncertain than weather prediction. But we don’t question those. We’re willing to take the risk and we understand that there is uncertainty.

Weissburg: Everyone buys insurance. Same thing — it’s a model. Yet, none of us resist buying insurance and making conclusions from that model.

McGuire: People are out there vocally questioning climate models, but no one’s out there vocally questioning the market models or insurance models. If we had someone who was adamantly trying to vilify the market system, there’s no way we as a society would allow that because it’s so beneficial to the structure of our country and our global economy. But we do allow people to vilify scientific models.

Is the march political?

Weissburg: It is political, but not partisan. As a society, we get together as a group with different values, different things that are important to us, and different priorities, and we make decisions using the democratic institutions that we have. Scientists are part of that. The data that scientists generate and the processes that science uses are in that public space, and it is, therefore, political. The political agenda here is to point out that that’s a really important process for scientists to be involved in and that it affects all of us. It is not, of course, the only factor in making these decisions. But again, if you don’t know what the facts are, then anything that comes after that is not going to be good. It is nonpartisan in the sense that we’re not trying to endorse a specific set of policies.

McGuire: A lot of the reasons we’ve laid out for why we are marching is across the aisle and very easily supported, but easy to lose track of as one is promoting specific policies. So it’s really about emphasizing this need for grounding ourselves more in science. 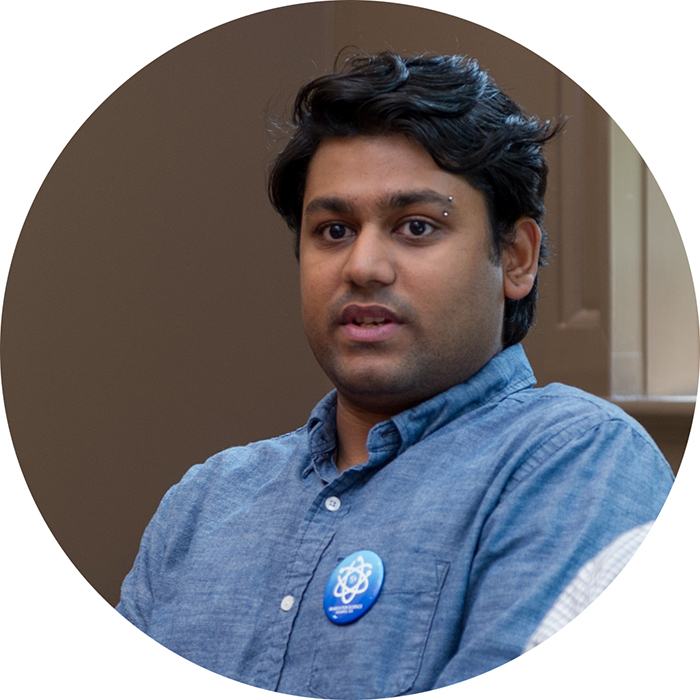 Balachander: We’re not fighting— we’re celebrating how science has evolved. It’s about giving people the right resources and right education to help them make their own decisions.

Bras: Policies are based on a combination of things that are fact — those, I would hope, are constant — and on more difficult abstract concepts like beliefs, principles, religion, history, culture, all sorts of things. That’s not what I’m talking about when I talk March for Science. The fact part should be celebrated and respected. It saves our lives every day.

Weissburg: It’s really important for it to be nonpartisan because the only way for people to get together to talk about these things is if they have some part of a framework that’s in common. From a first approximation, the thing that one could have in common is, “What are the facts?”— with some possibility for interpretation. But if we don’t even have that in common, then it’s almost impossible to have any productive discussion.

Why is the march necessary now? 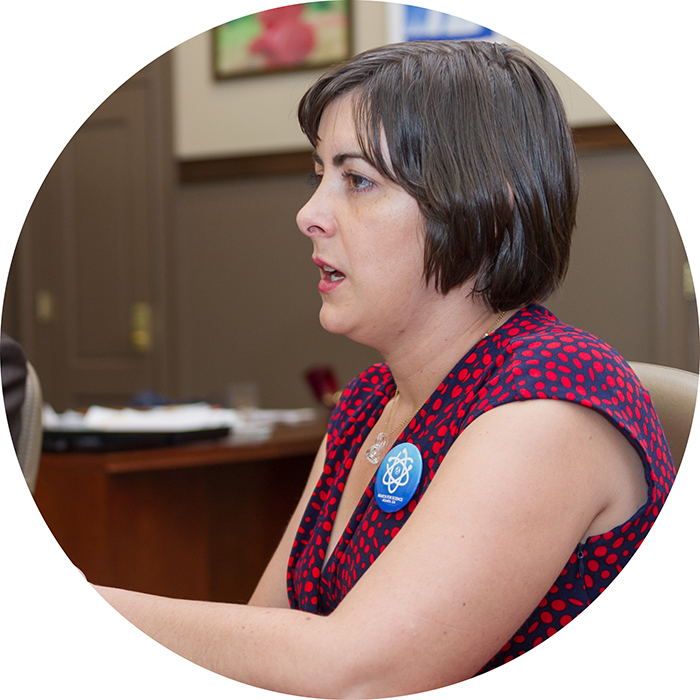 McGuire: It’s been a long time coming. I think people just finally reached a frustration point. It’s not a protest against; it’s trying to be heard.

Weissburg: It’s happening in my view because of the disenfranchisement of the entire science process. There’s a strong tendency to confuse facts with things that are not facts, and to minimize the role of fact-based reasoning and decision-making. Organizations that we depend on to correct facts and monitor the environment are becoming devalued, and that’s where I think people have decided that they need to draw the line.

Bras: It’s not all about Washington. In fact, I would argue that the majority is not about Washington. It is about the population at large understanding science and respecting higher education, because that has eroded, and it’s been going on for some time.

What happens after the march?

McGuire: After the march, it’s just called “for science.” We’re trying to promote an understanding that science is an important part of our community and our society, and make scientists be perceived as real people and part of the community.

Balachander: You have to remember, even if you work in Washington or work in a lab, you work for the people. When you talk to people about what you do, you have to help them understand what you’re doing and not be condescending. Just talk to them without scientific jargon. Effective communication would solve every problem.

(left) Sathya Balachander works in profiling ribonucleotides in DNA and to understand their role in genome stability. He's also vice president of communications for the Graduate Student Government Association.

(center) Jenny McGuire is a spatial ecologist who studies how plants and animals have responded to past climate change to try to predict their future reactions. Last fall, she hosted Fossil Wednesdays to let others have the first-hand experience of being paleontologists.

(right) Marc Weissburg is an ecologist who uses principles derived from natural systems to produce innovative human technology. He regularly talks to K-12 students and visits science-related organizations, such as the Atlanta Botanical Garden, to talk about biologically inspired design.

More on the March