This Month in Photos

Game of Thrones, Pops with the President, and Spring Game. 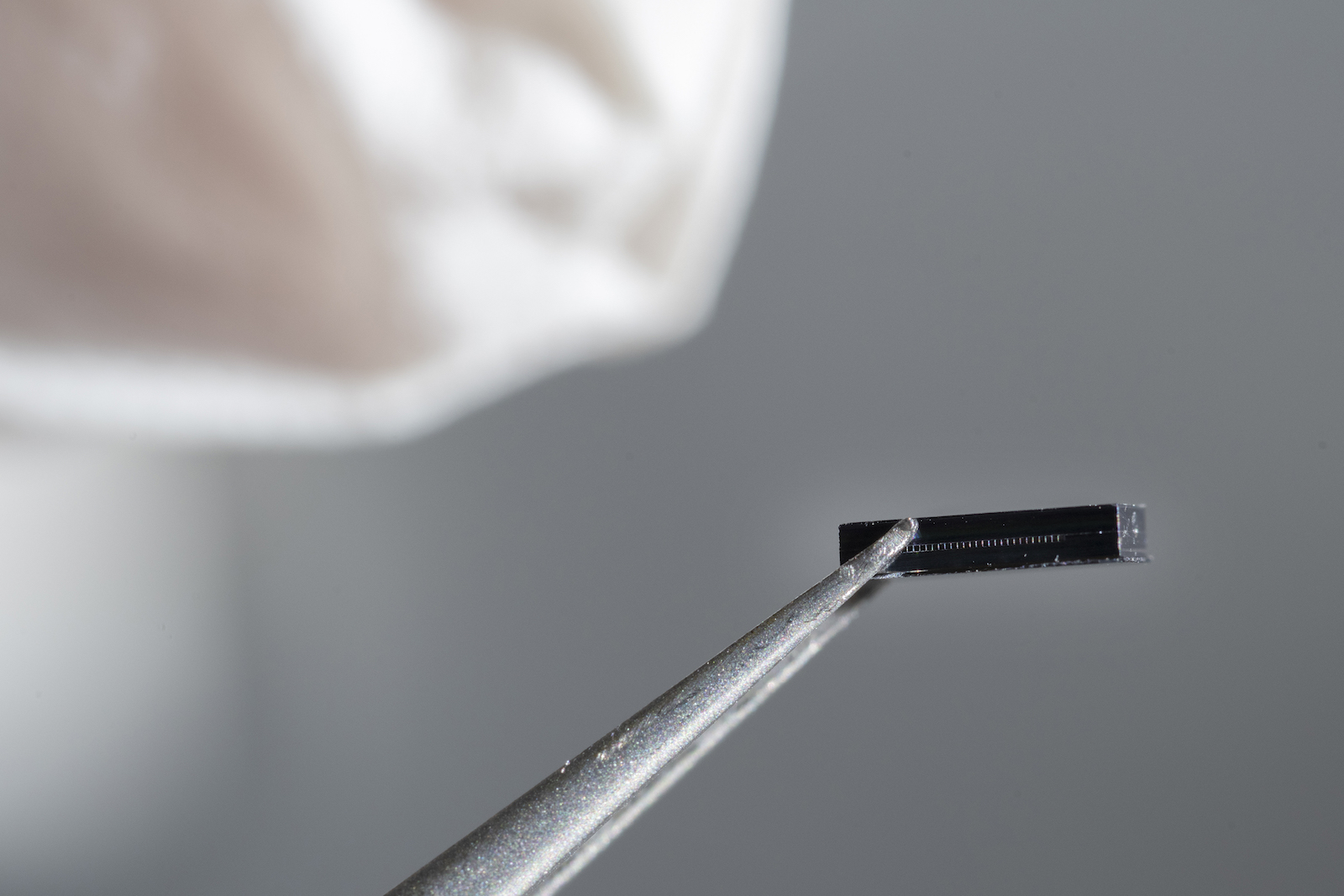 Atomic beam collimators are mostly found in physics labs, where they shoot out atoms in a beam that produces exotic quantum phenomena and has properties that may be useful in precision technologies. By shrinking collimators from the size of a small appliance to fit on a fingertip, Georgia Tech researchers want to make the technology available to engineers advancing devices like atomic clocks or accelerometers, a component found in smartphones. Photo taken April 4 by Christopher Moore. 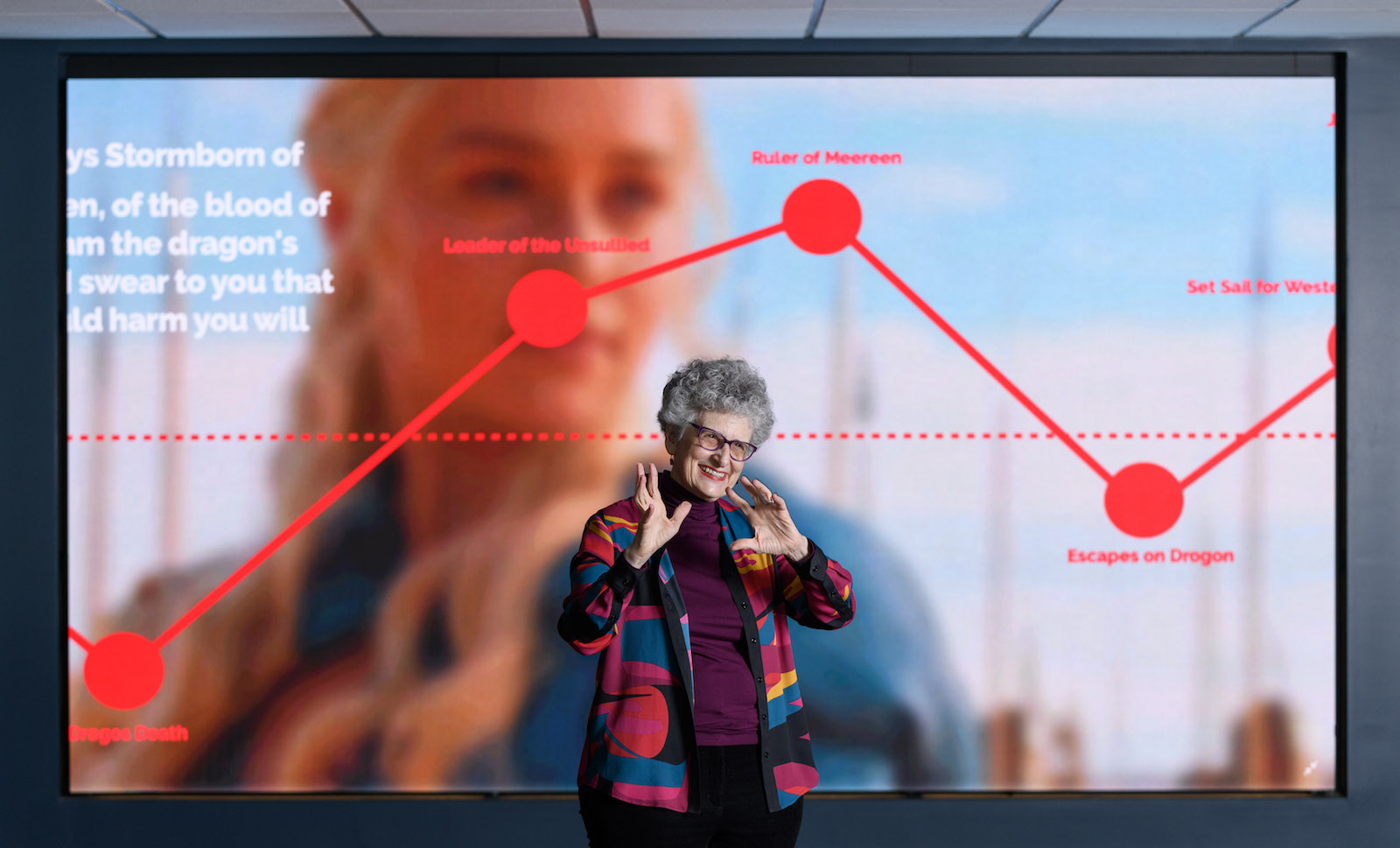 Georgia Tech students and faculty watch Game of Thrones for more than its entertainment value. Students in the Prototyping eNarrative Lab (PeN Lab), working with Janet Murray, the Ivan Allen College Dean's Professor, built an application to help viewers track the various plots of the show and the fates of its characters. Photo taken April 5 by Rob Felt.

Professor Oliver Brand, School of Electrical and Computer Engineering, shows off his regalia for a story on commencement regalia. It was given to him in 2007 by his Ph.D. advisor, who wore it in the 150th anniversary celebration of ETH Zurich, Brand's alma mater, in 2005. Photo taken April 3 by Rob Felt. 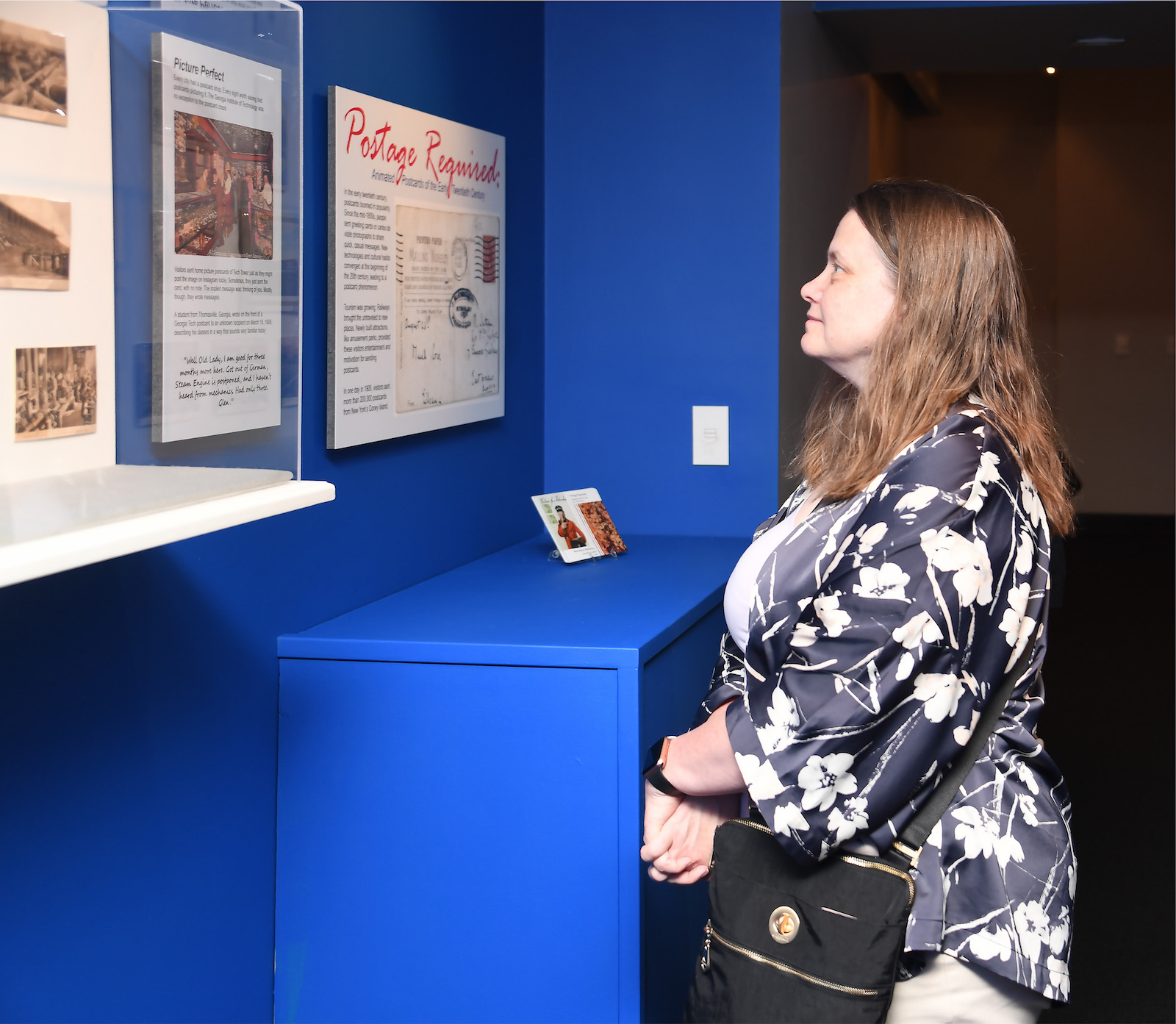 Museum visitor and Tech alumnus Eva Mitchell takes a close look during the opening reception of Postage Required: Animated Postcards from the 1900s. The exhibition, at the Robert C. Williams Museum of Papermaking until July 12, features postcards with images in motion. Photo taken April 12 by Bob Davies, Renewable Bioproducts Institute. 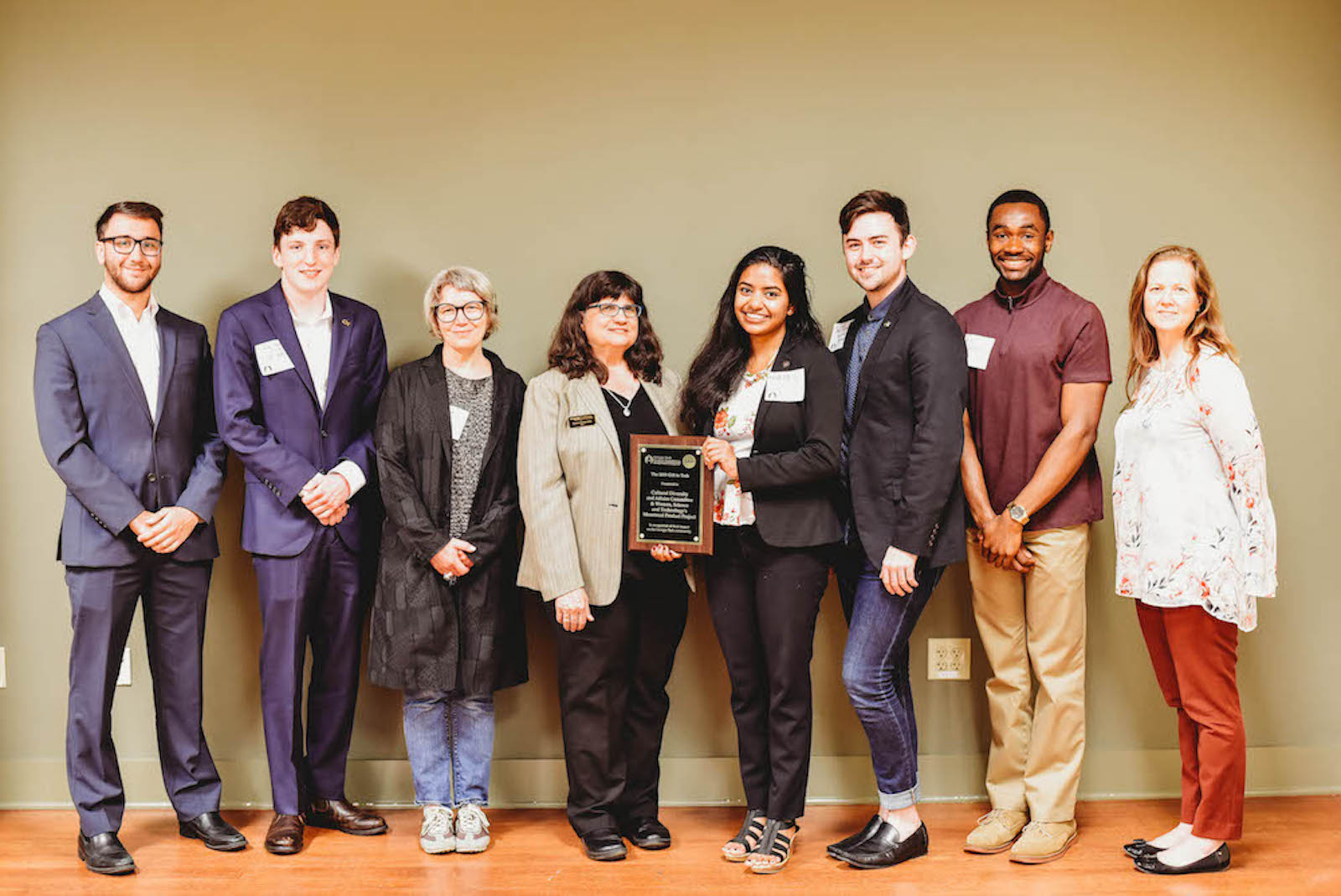 The CDAC/WST Menstrual Product Program, a pilot program offering free menstrual products across campus, is the 2019 Gift to Tech winner. The project will receive approximately $30,000 for programmatic support. Pictured at the Gift to Tech reception are members of the Cultural Diversity and Affairs Committee (CDAC) and the Center for the Study of Women, Science, and Technology (WST) who played key roles in developing and promoting the project — (L-R): Alex Cosado, Jack Sheldon, Katherine Bennett, Carol Colatrella, Niveda Shanmugam, William Harrer, Kyle Smith, and Mary Lynn Realff. Photo taken April 16 by Meera Rajagopalan. 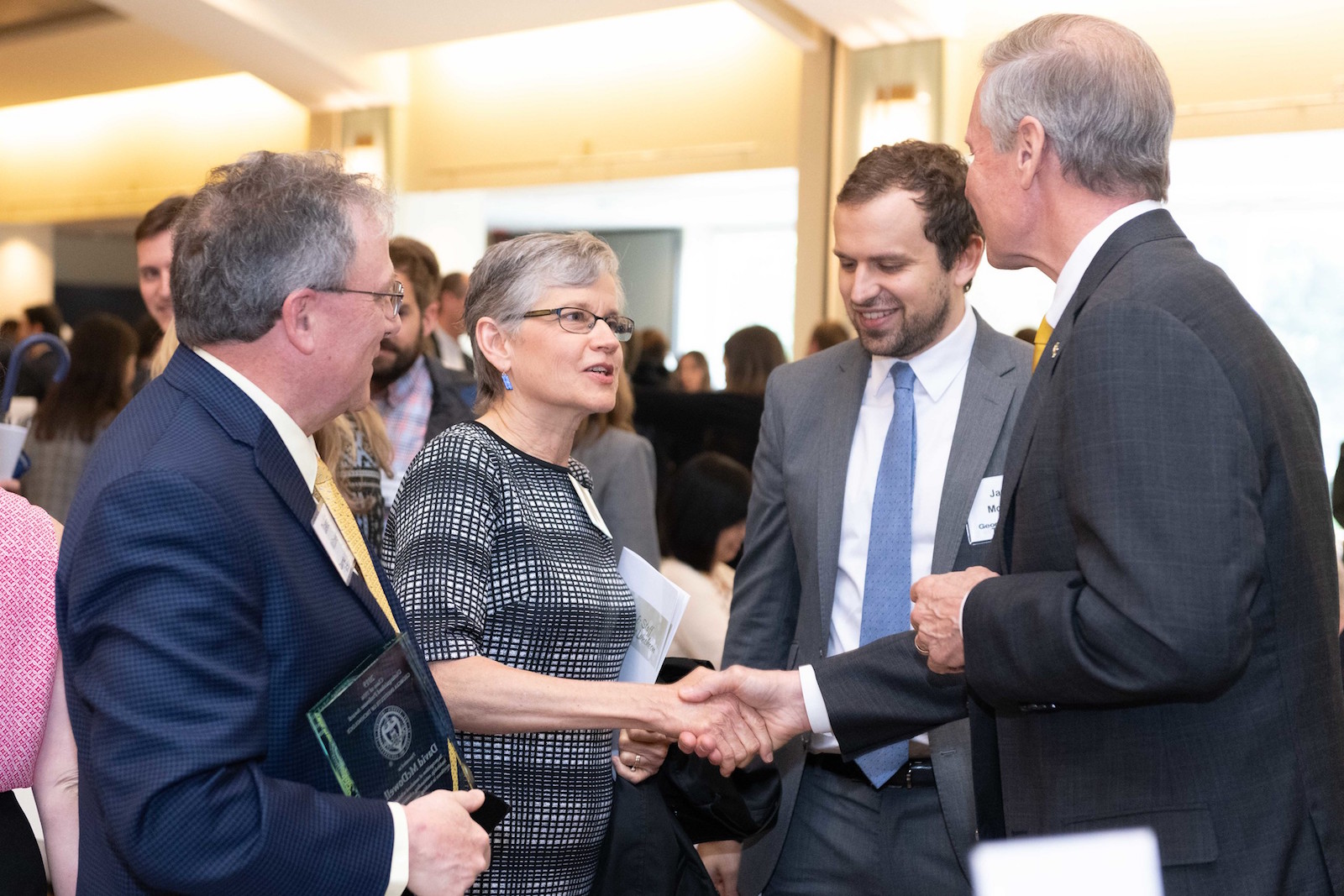 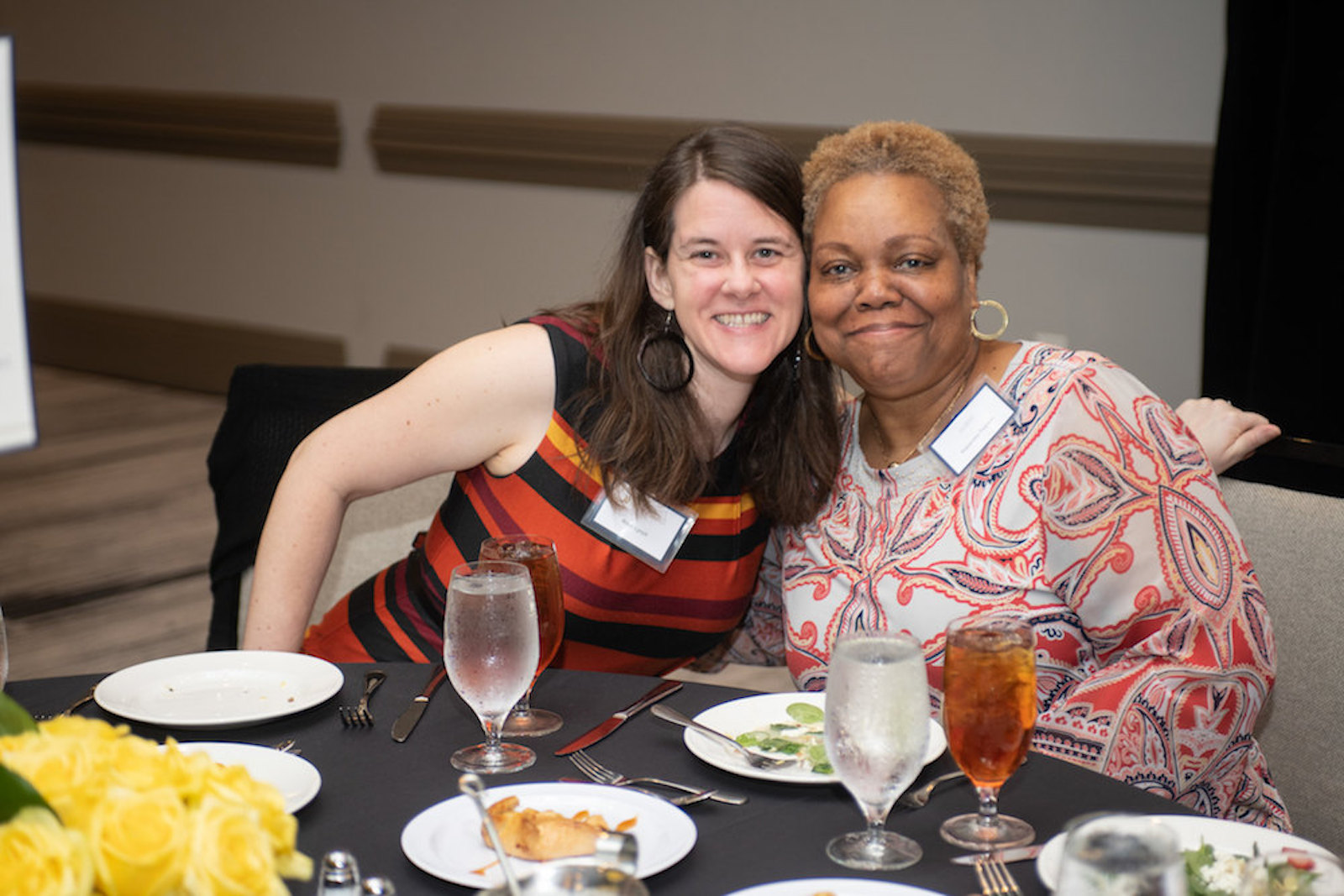 Members of the Tech community were honored at the 10- and 25-Year Service Award Luncheon. Anne Lynch, communications manager for the Denning Technology & Management Program (left), celebrated 10 years at Tech. She invited her mentor Kasandra Franklin to attend the luncheon. Franklin retired from Tech in 2015 after 32 years of service. Photo taken April 18 by Christopher Moore. 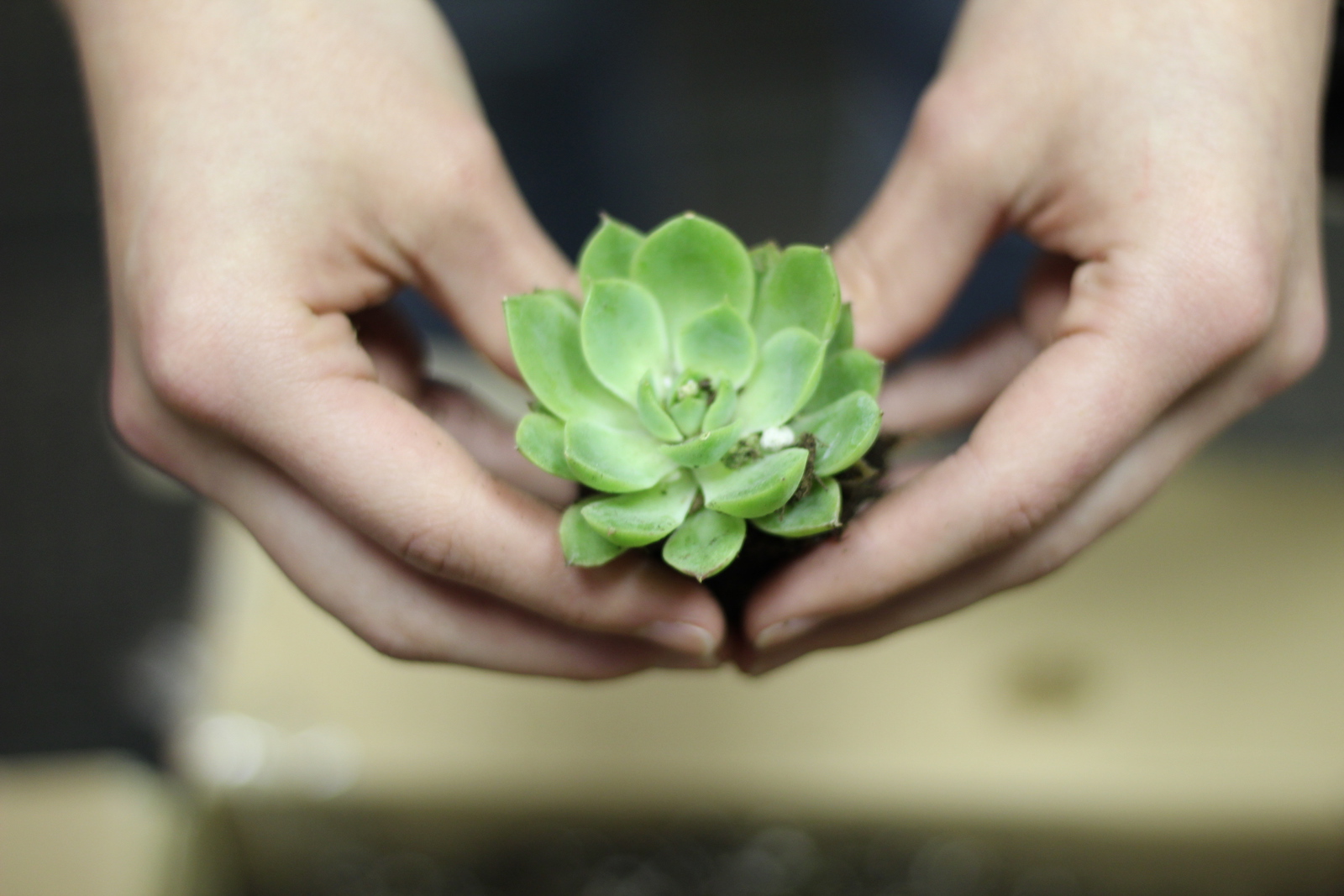 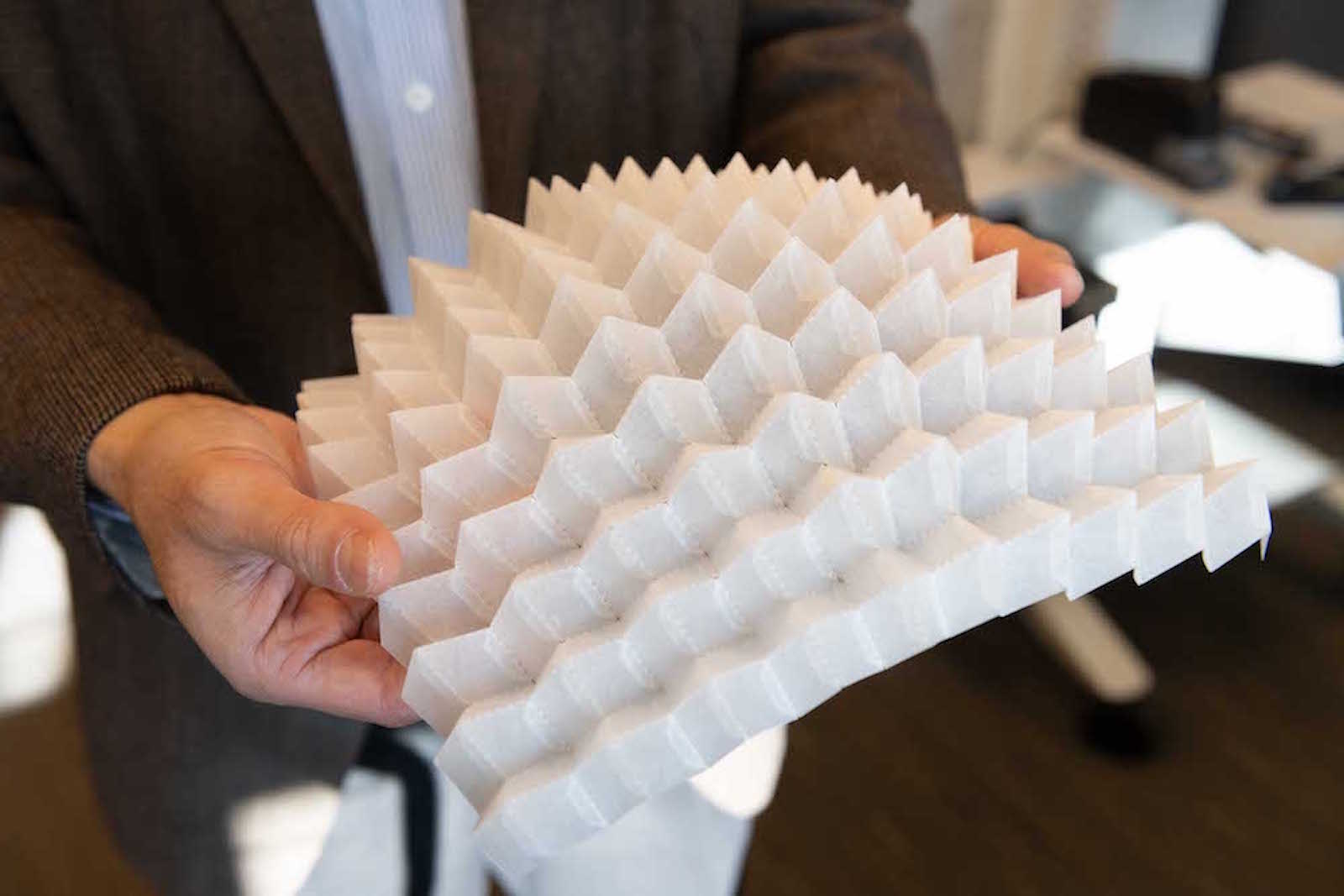 Georgia Tech researchers have created a new type of origami that can morph from one pattern into a different one, or even a hybrid of two patterns, instantly altering many of its structural characteristics. For example, origami-based structures used for acoustic systems - which are already capable of expanding and contracting to increase or decrease the volume of the sound response - could go one step further, changing how they bend to potentially offer an even greater range of resonant responses. Photo by Allison Carter. 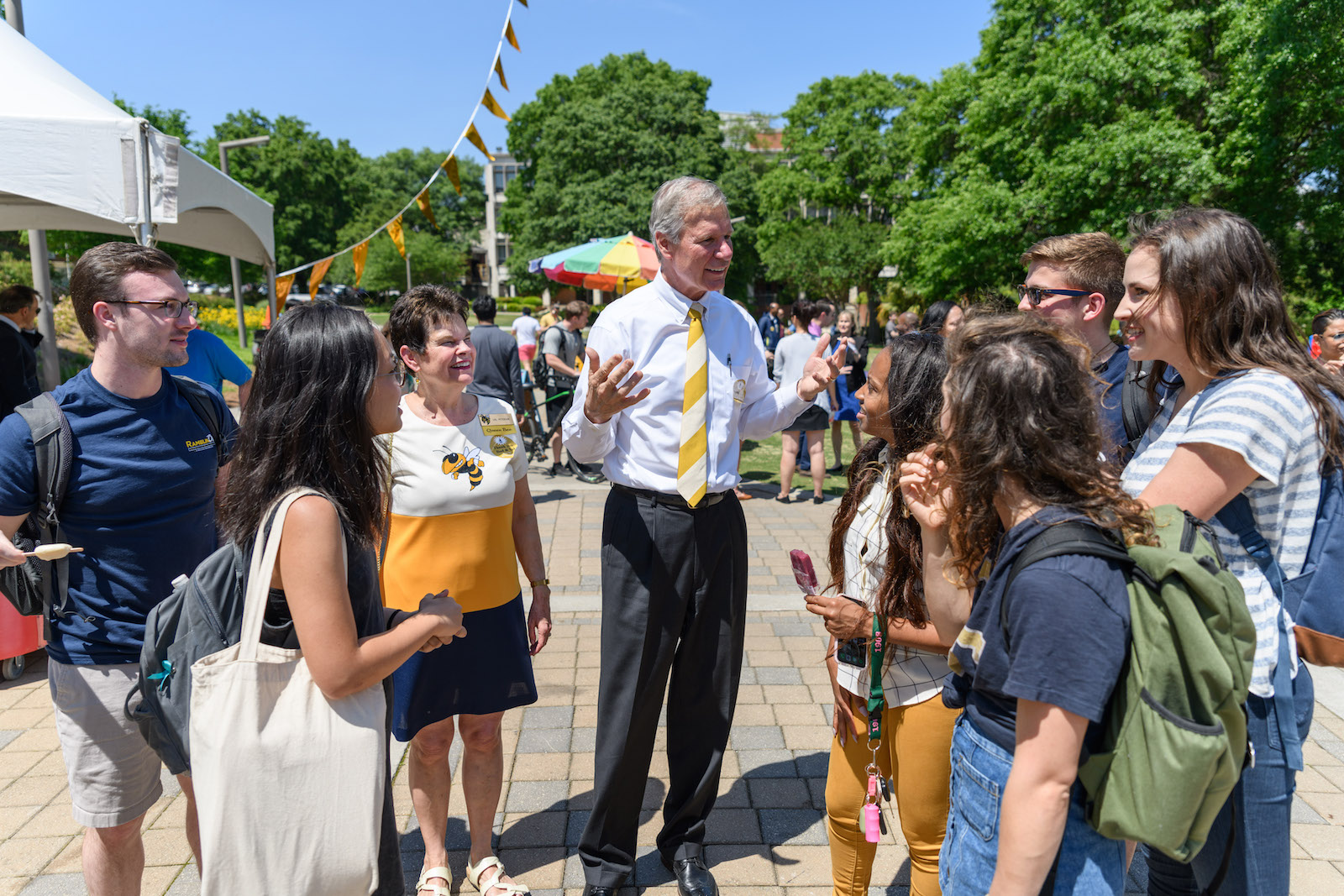 President G.P. "Bud" Peterson and first lady Val Peterson were greeted by nearly 2,000 members of the Tech community who gathered at the Student Center for Pops with the President. The event, which had music, games, and popsicles, was a thank-you to the Petersons for their service to the Institute. Photo taken April 24 by Rob Felt. 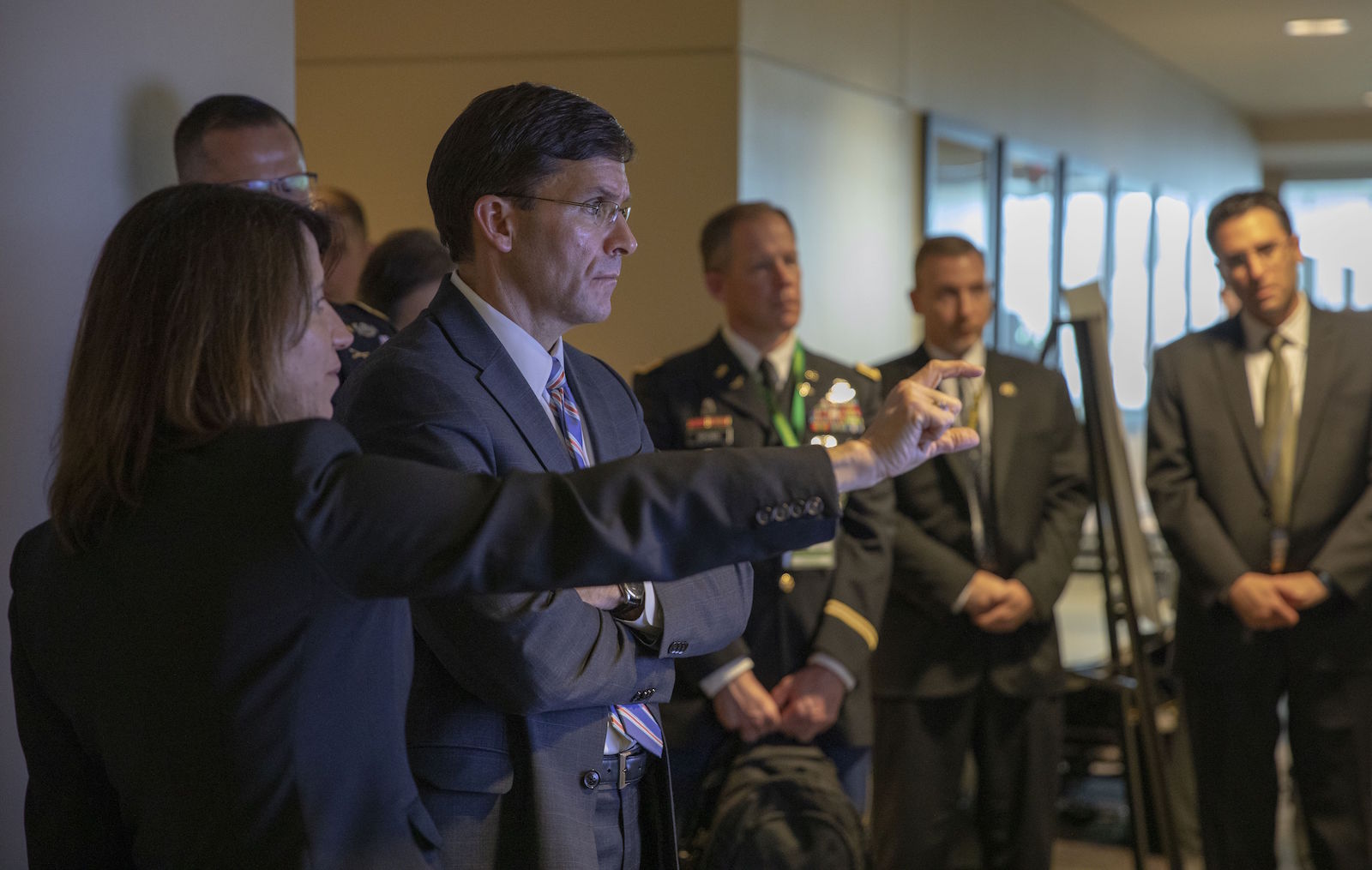 The Honorable Mark Esper, the Secretary of the Army, visited the Georgia Tech Research Institute (GTRI) to see GTRI's portfolio of advanced technologies and demonstration capabilities. The April 25 visit was hosted by Lora Weiss, interim senior vice president and director of GTRI, and Lynn Durham, associate vice president and chief of staff for the Office of the President. Photo by Sean McNeil. 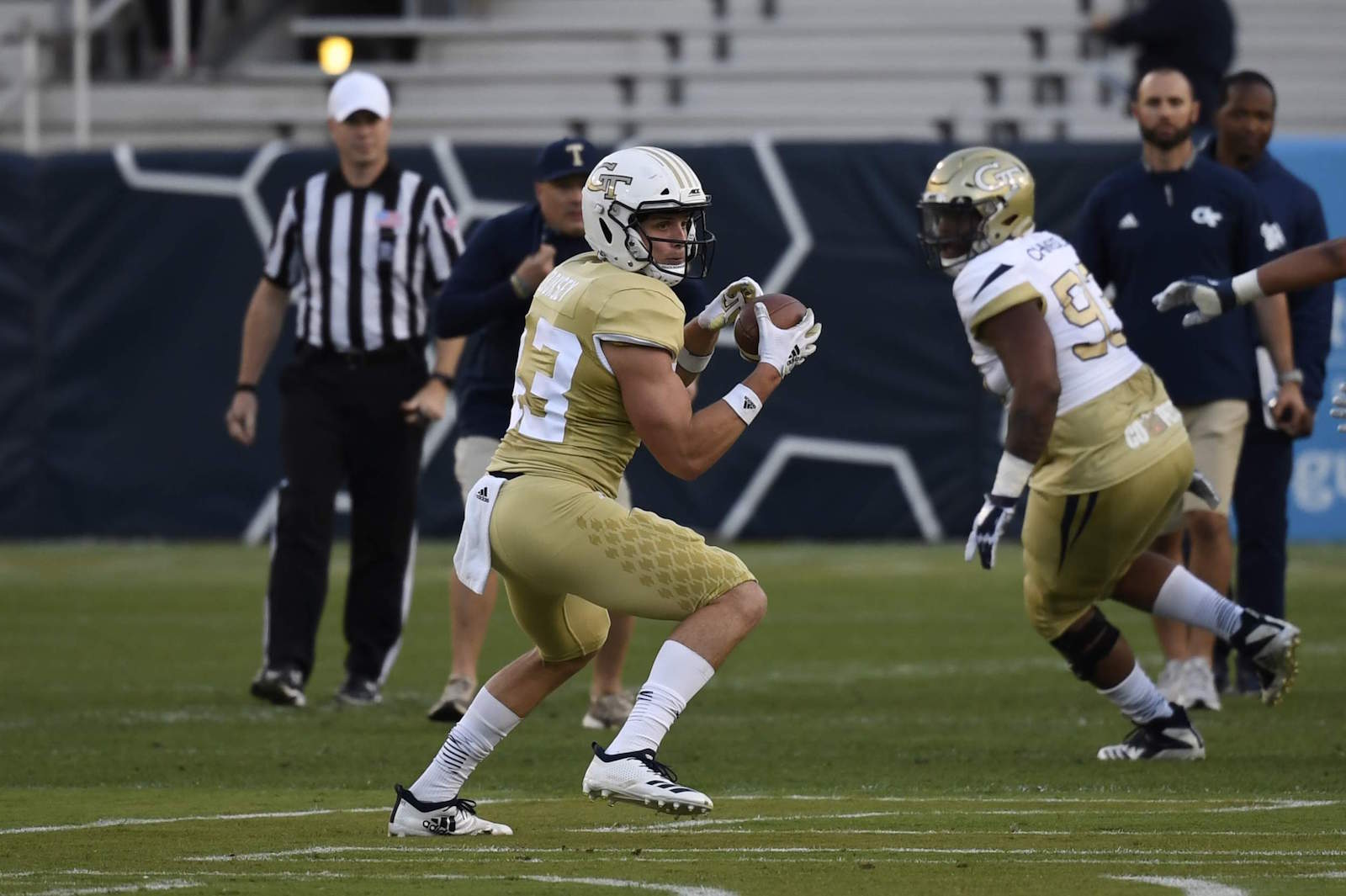 A spring game record crowd of 21,194 saw the Yellow Jackets throw 48 passes and score eight touchdowns in a 30-20 Gold win over the White on April 26 at Bobby Dodd Stadium. Photo courtesy of Georgia Tech Athletics. 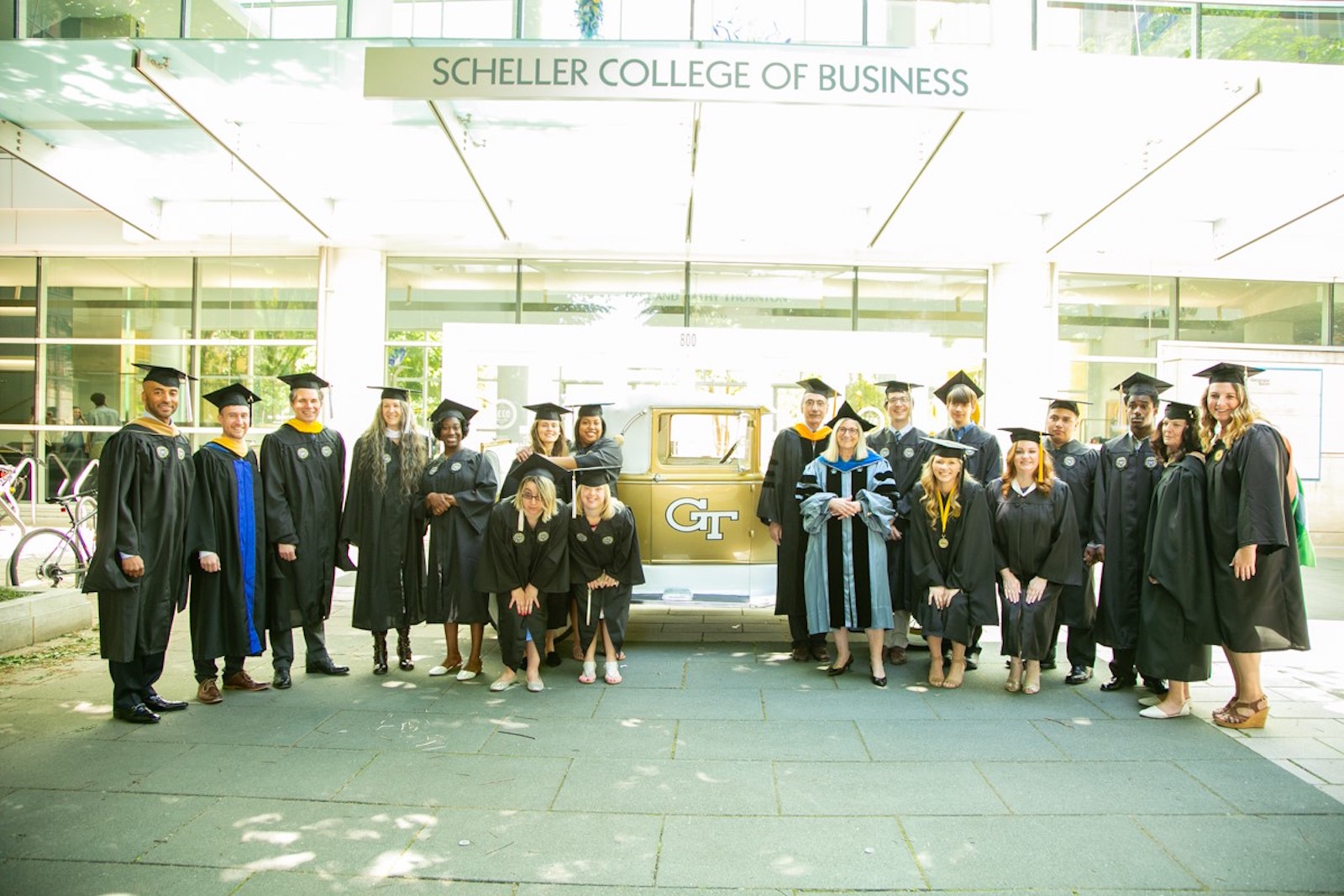