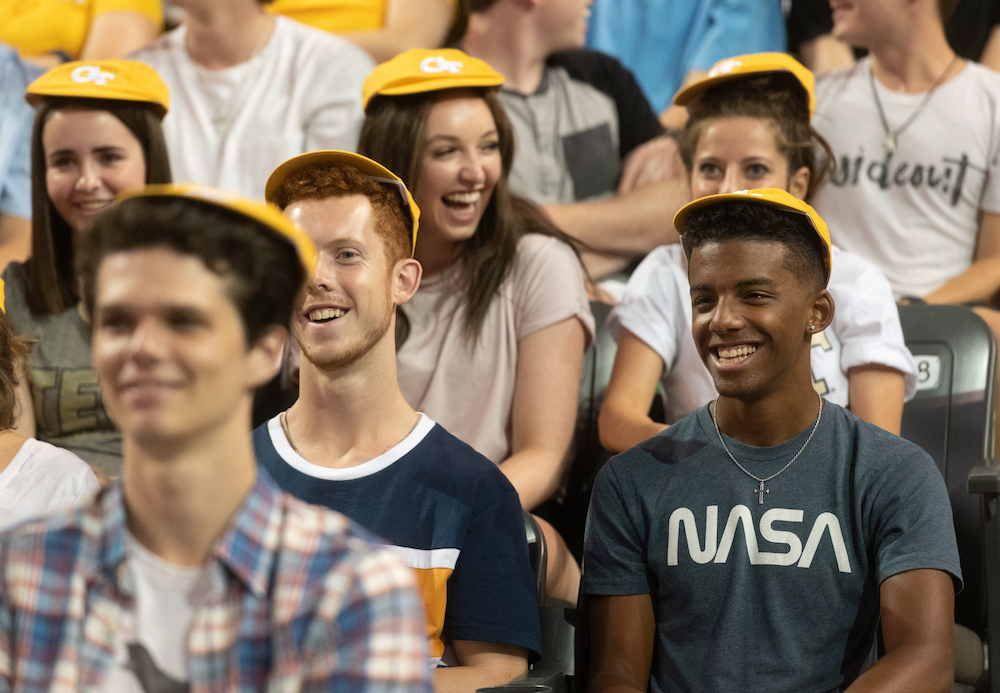 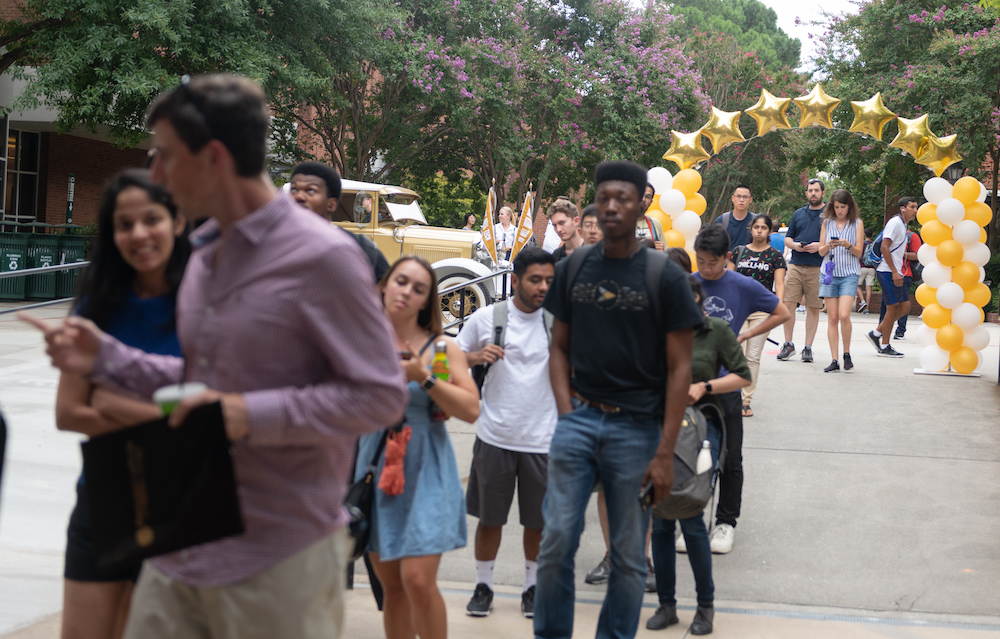 New graduate students enter the Ferst Center for the Arts to learn about Tech traditions and academic standards during the Graduate Student Convocation, held August 23. Photo by Allison Carter. 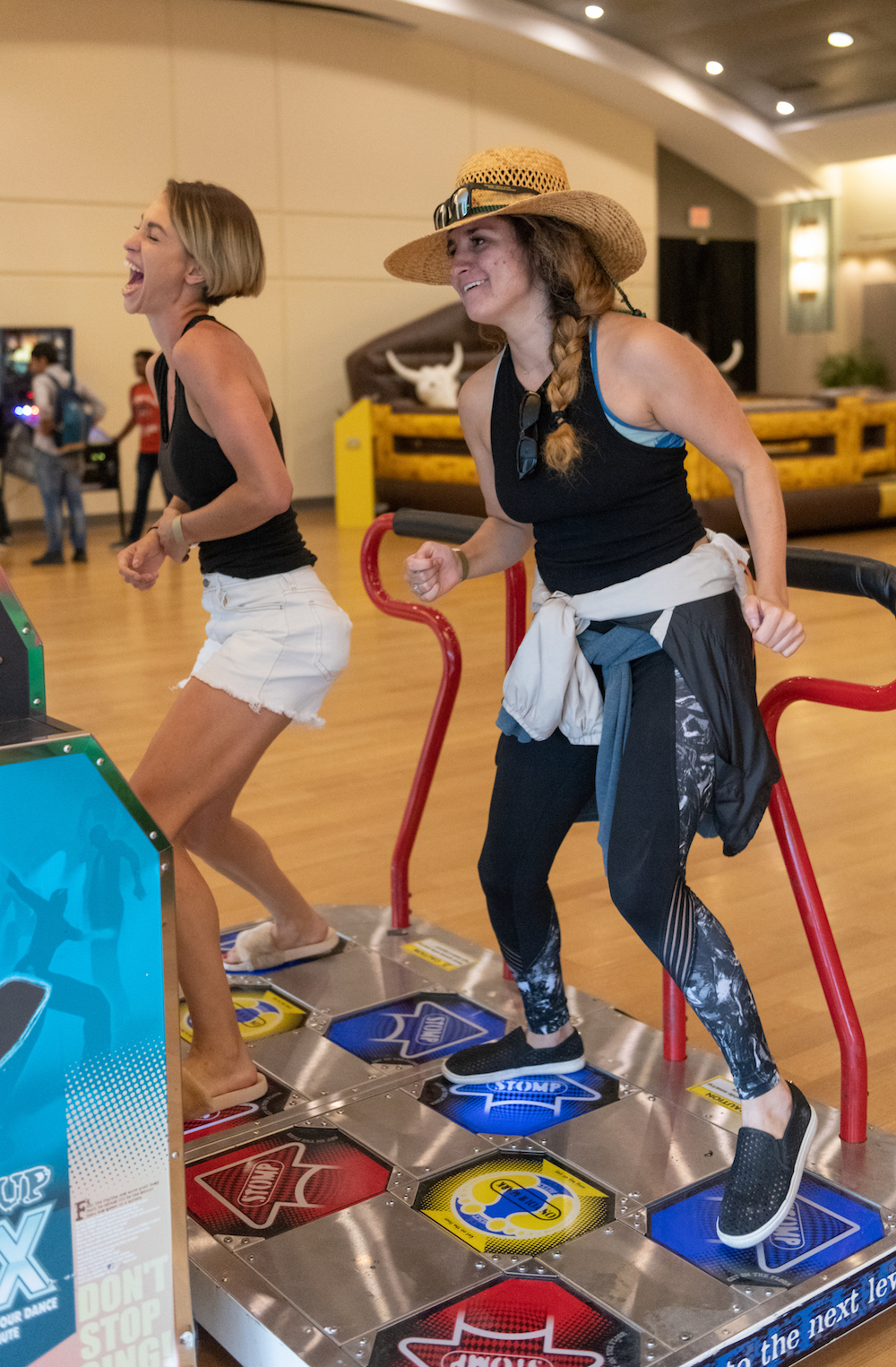 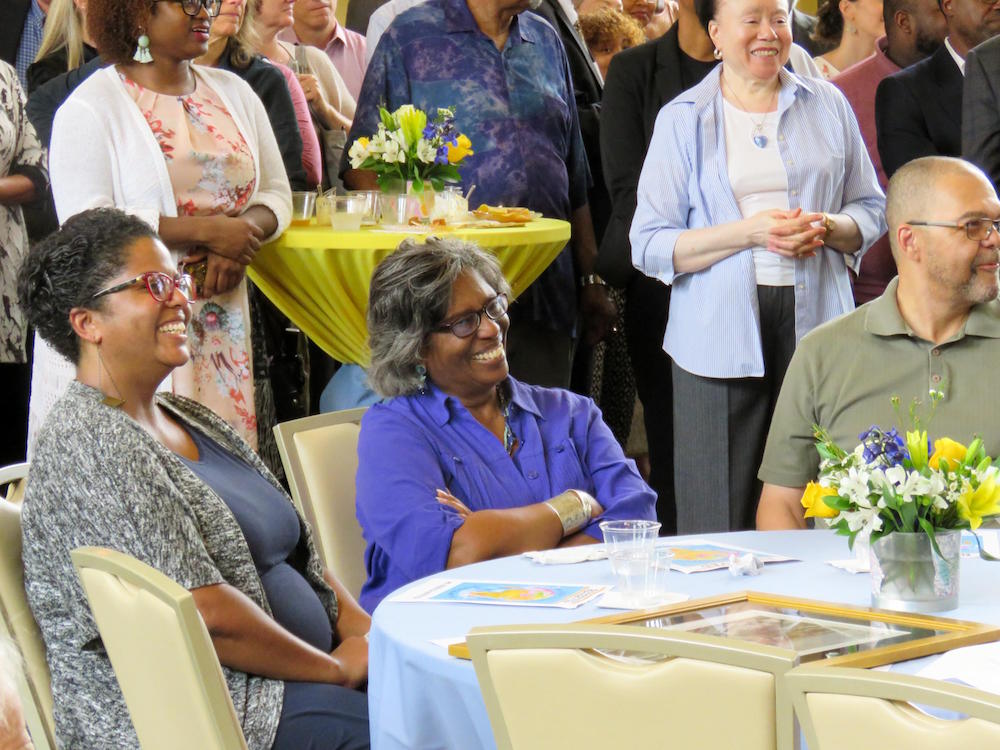 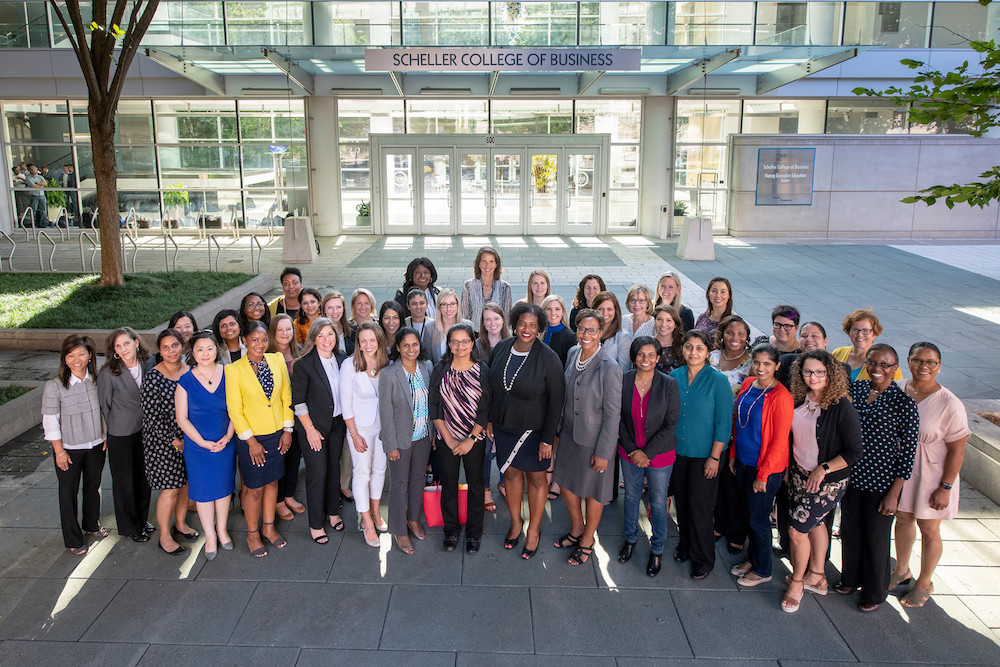 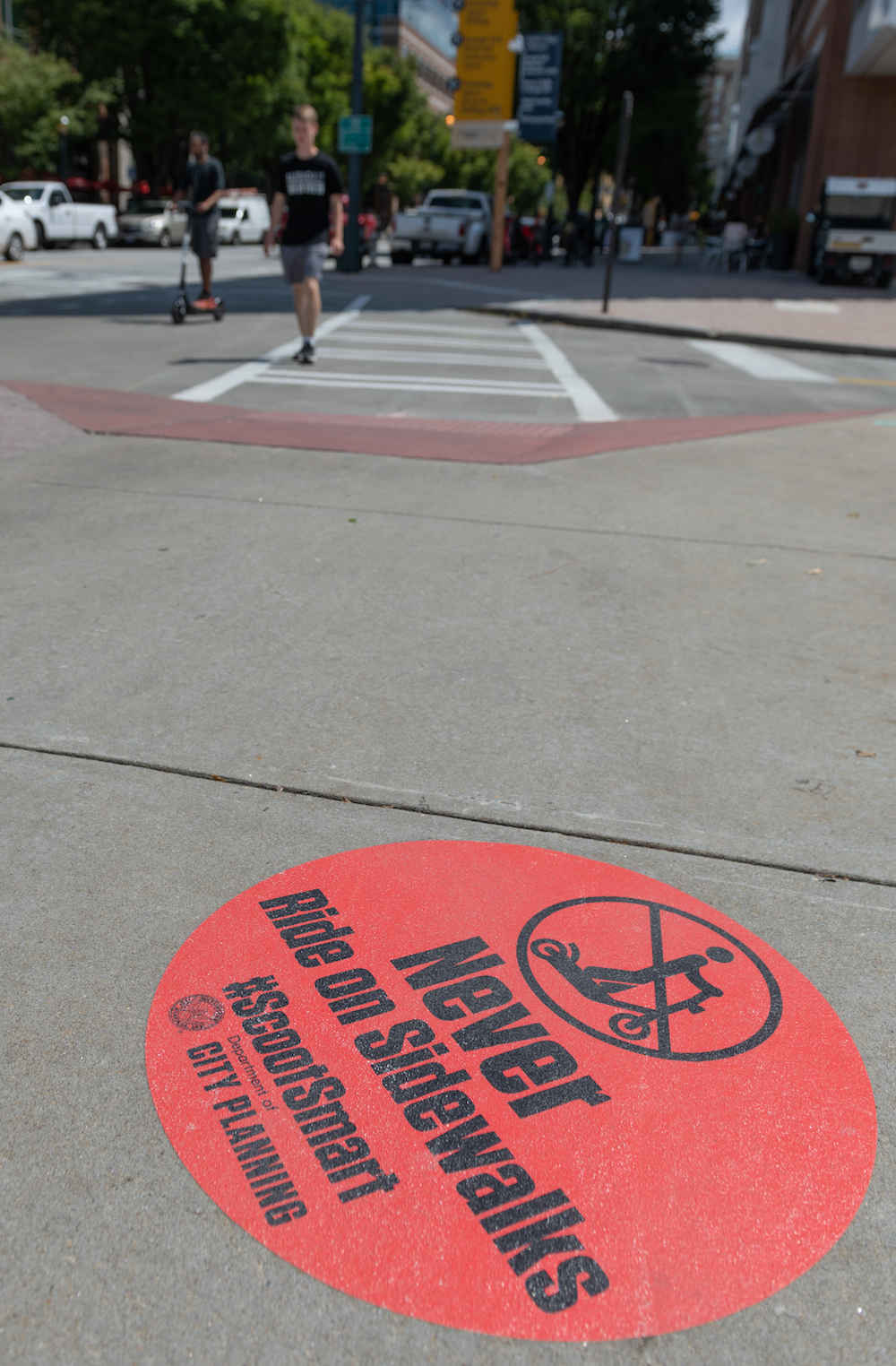 Atlanta city ordinances require riding dockless bikes and scooters in bike lanes or in the right lane of roads not on sidewalks, and not between the hours of 9 p.m. and 4 a.m. Photo taken at Tech Square on August 28 by Allison Carter.