This Month in Photos 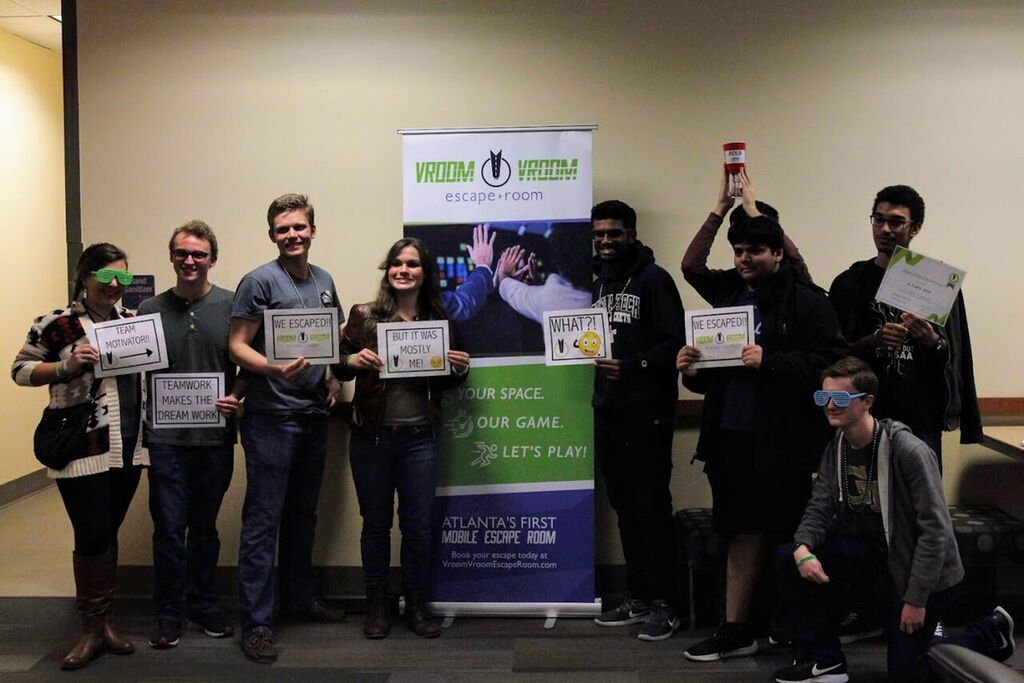 The Residence Hall Association turned the Third Floor of the Student Center into a series of escape rooms that only the smartest Tech students could escape from. With only one hour on the clock, it took a combination of teamwork, skill and pure luck to escape from these rooms. The event was Nov. 30. Photo by Kenedy Thorne. 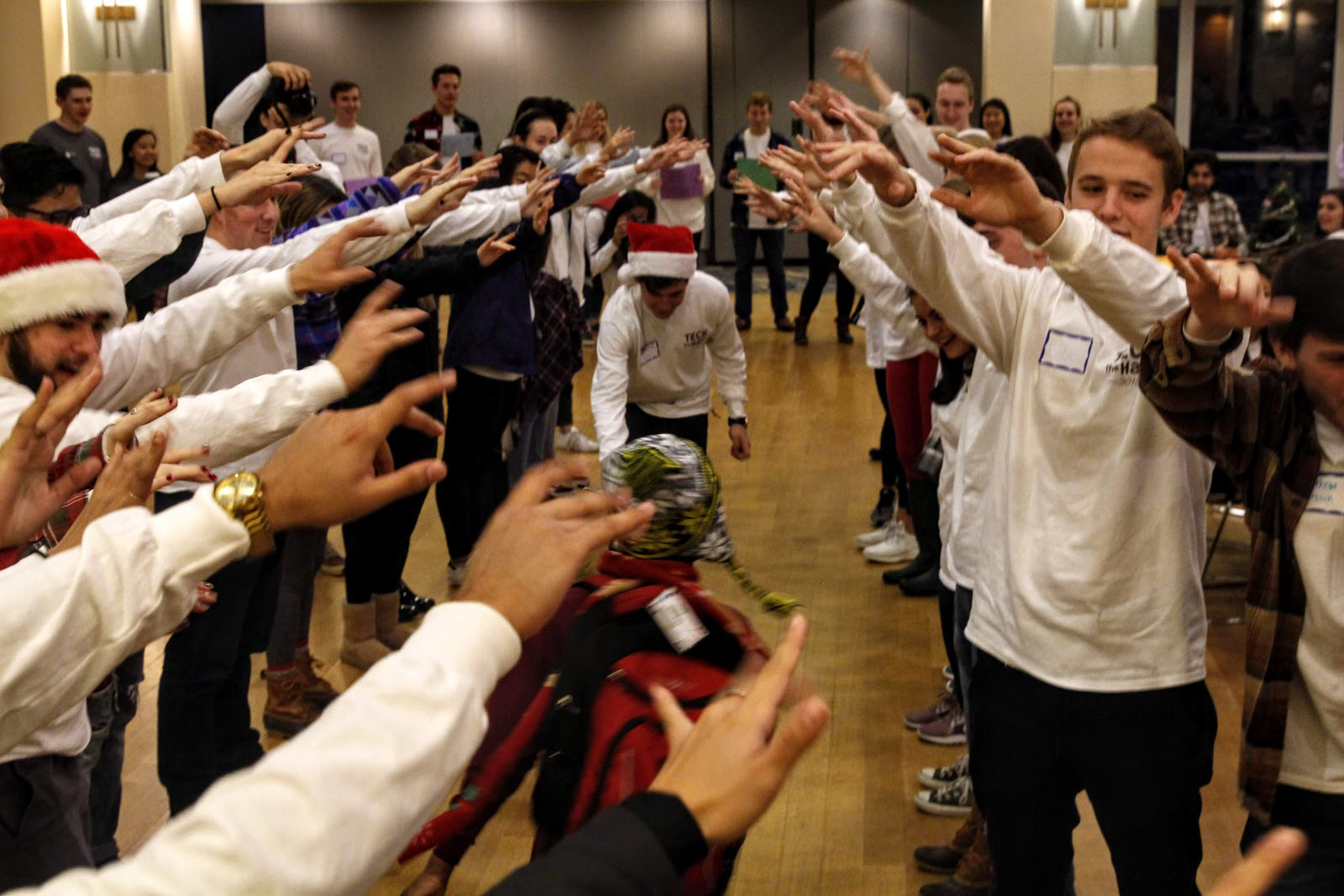 Each winter, Tech the Halls partners with local Boys & Girls Clubs to host approximately 60 children who come to campus to participate in holiday activities, including making ornaments and decorating cookies. Then, Tech the Halls gives each child $100 to spend on a Target shopping trip. The children can buy presents for their family members or themselves. Each child has two Tech students as mentors who shop with them. This year's event took place on Dec. 1. Photo by Kenedy Thorne. 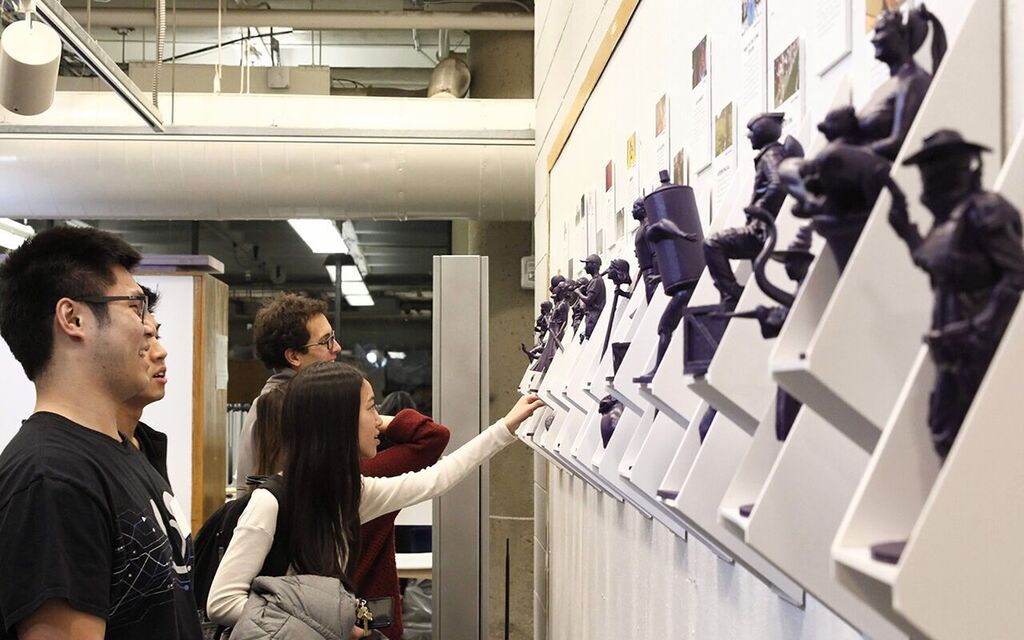 Launchpad, held in the West Architecture Building, highlights the work of industrial design students as they are launched into the professional arena or into the next stages of their academic development. In addition to friends and families, the event also attracts industry representatives. The event was Dec. 6. Photo by Kenedy Thorne. 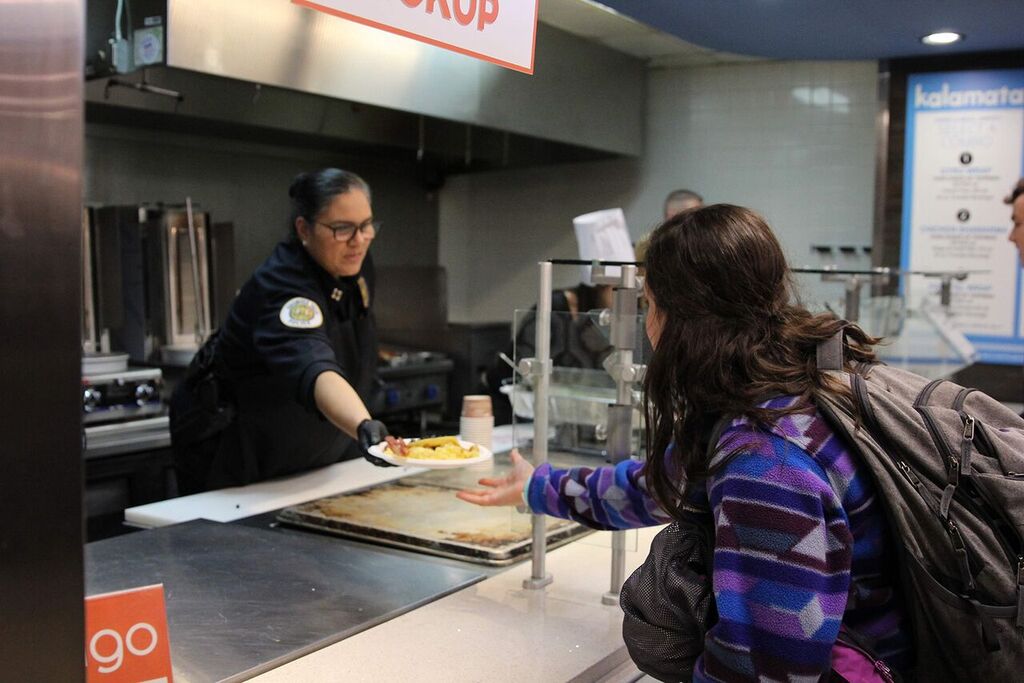 Captain Carla Cook with the Georgia Tech Police Department serves breakfast Dec. 10 as students fueled up for finals at the annual Midnight Breakfast in the Student Center. Buzz was there to offer a hug of encouragement while students received their hearty meal from Tech administrators. Photo by Kenedy Thorne. 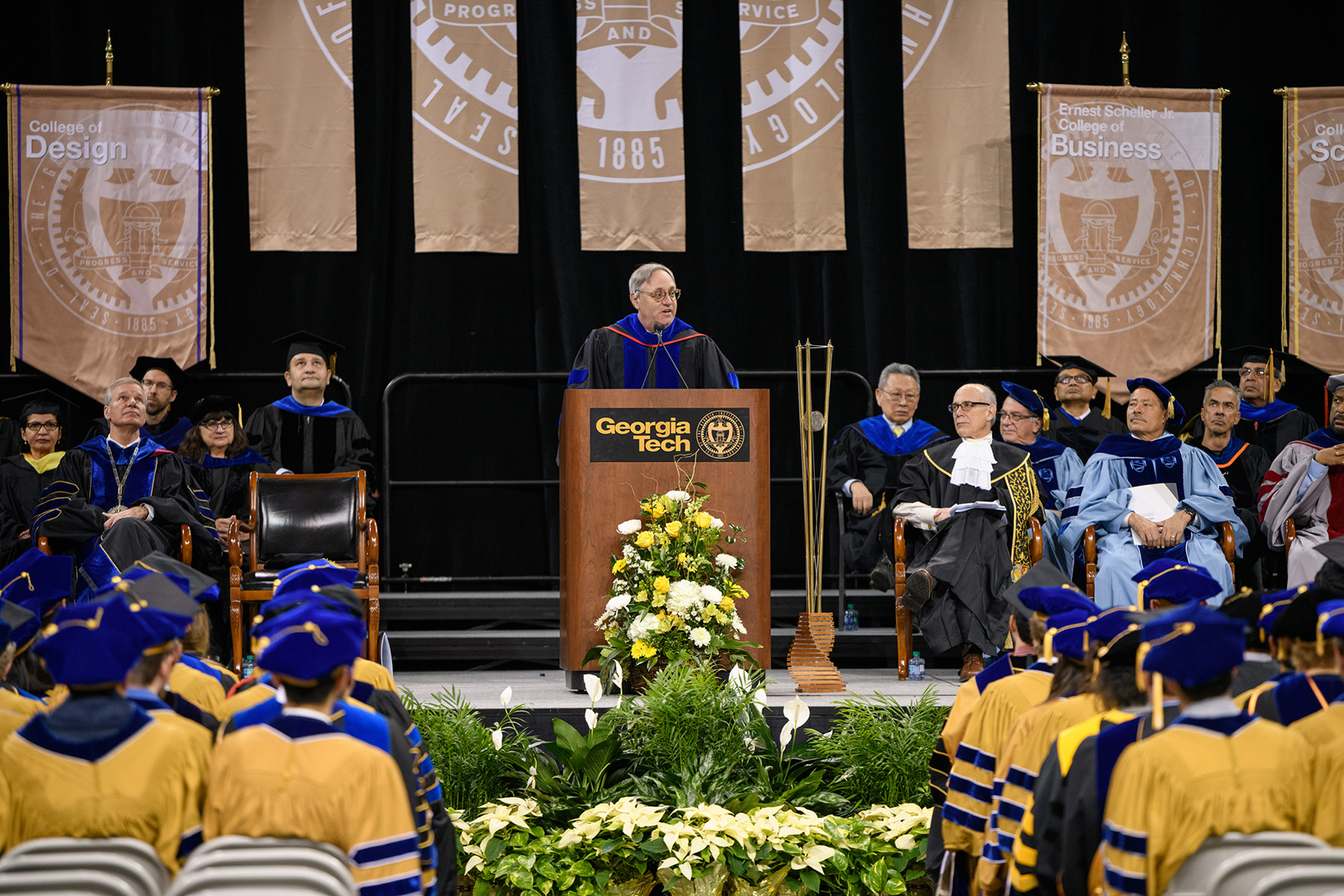 Seth Marder, recipient of Georgia Tech's highest recognition for a faculty member, the Class of 1934 Distinguished Professor Award, was the speaker for the doctoral ceremony on Dec. 14. Photo by Rob Felt. 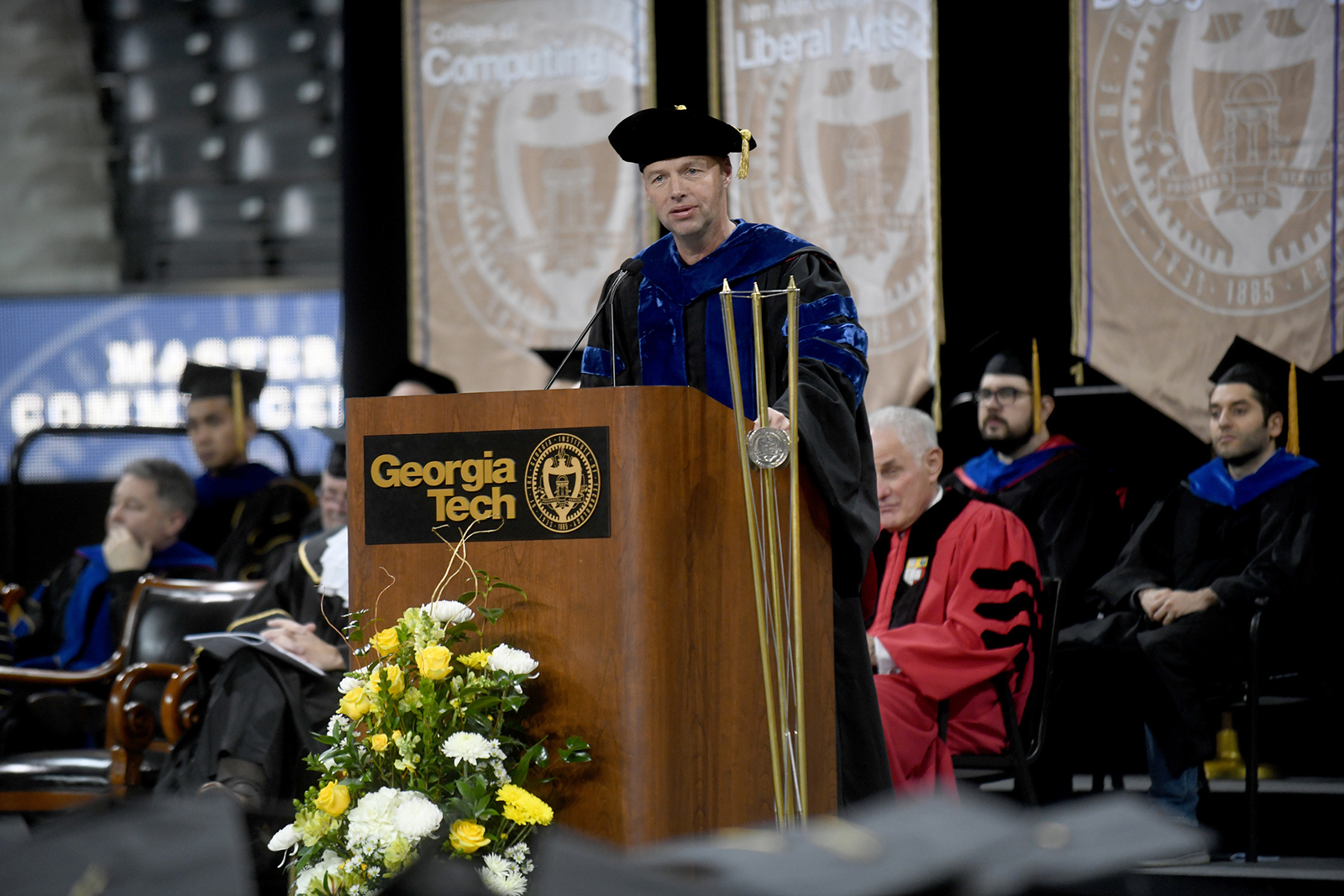 Sebastian Thrun, adjunct professor of computer science at Stanford University and at Georgia Tech, was the speaker for the Dec. 14 master's ceremony. In partnership with Tech, he created the Online Master of Science in Computer Science program (OMSCS), the nation's largest and most affordable computer science master's program. Photo by Christopher Moore. 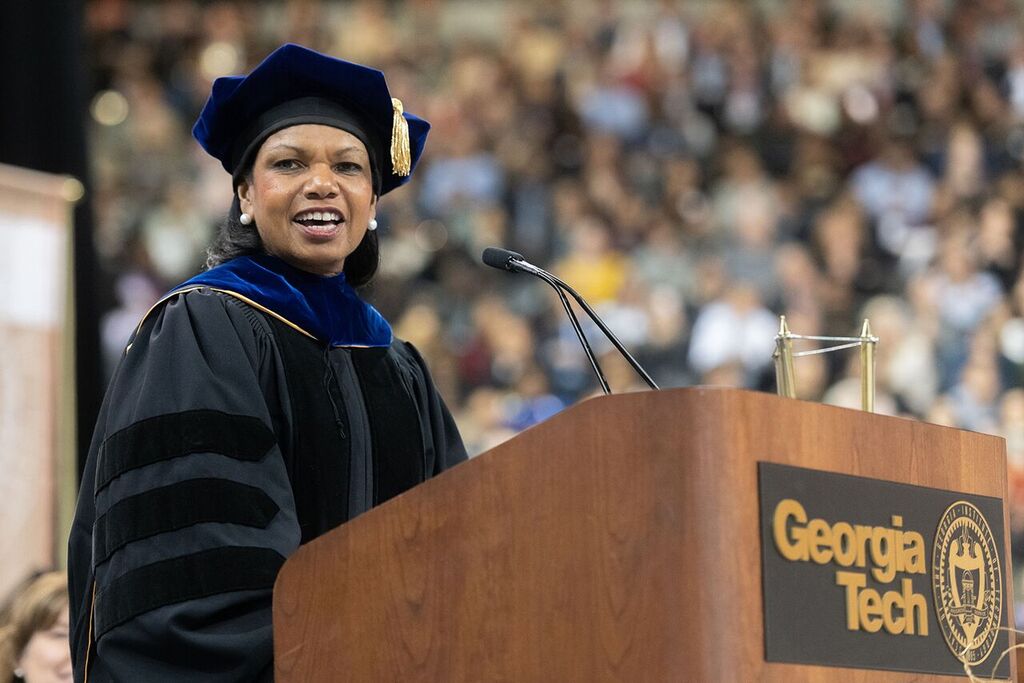 Condoleezza Rice, former United States secretary of state, was the speaker for the Dec. 15 bachelor's ceremony where she received an honorary Georgia Tech degree. Photo by Allison Carter. 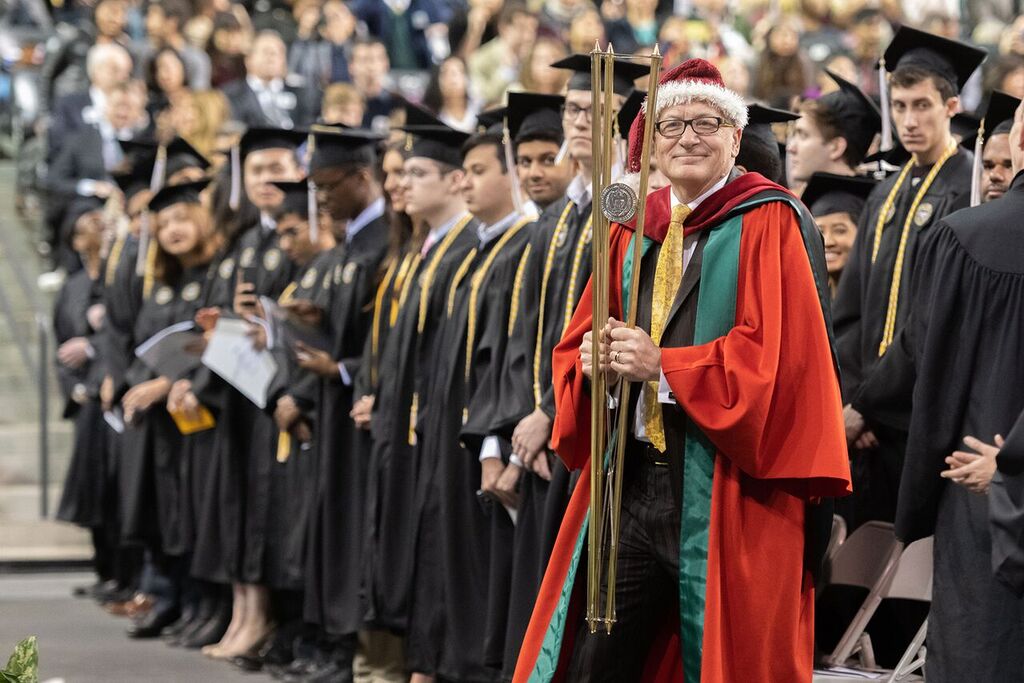 Colin Potts, vice provost for Undergraduate Education, carries the mace and brings a bit of holiday cheer to the Dec. 15 Commencement ceremony. Photo by Allison Carter. 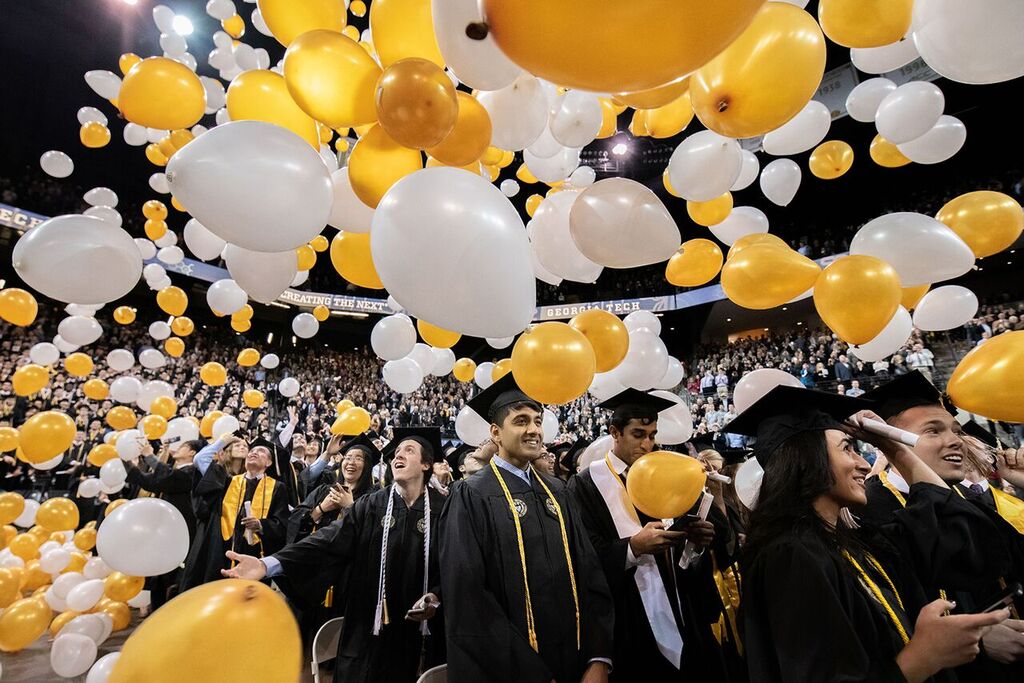 Release the balloons. They got out! Photo by Christopher Moore. 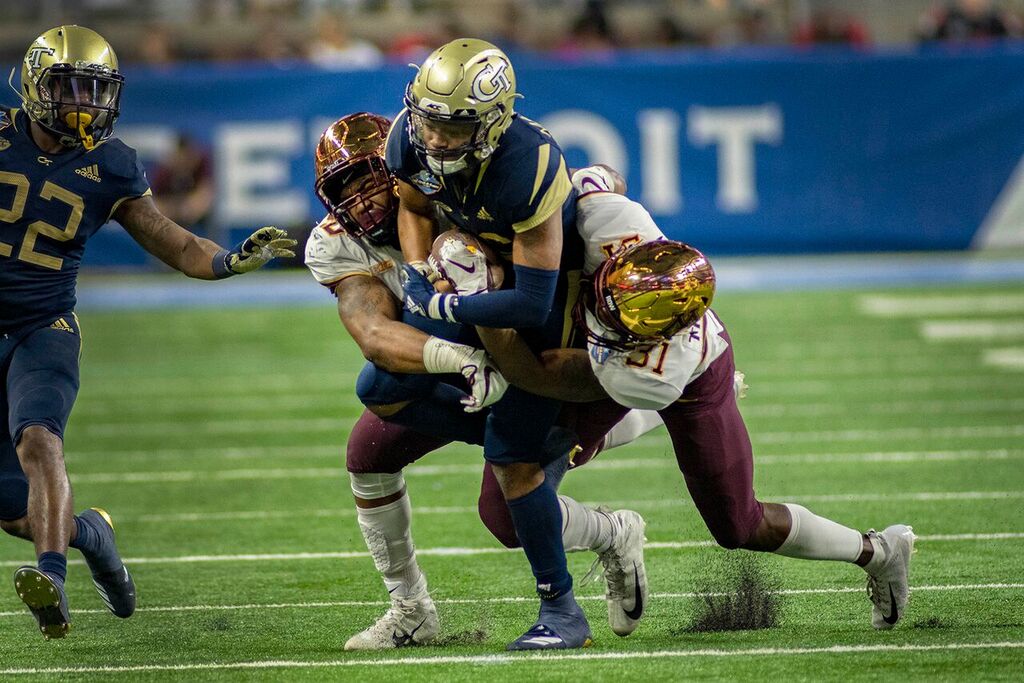 The Yellow Jackets played hard, but were defeated by the Minnesota Golden Gophers 34 -10 at the Quick Lane Bowl in Detroit on Dec. 27. Photo by Christopher Moore.