“You’re basically standing in line with the giants of Georgia Tech,” Henderson Johnson II explains. “Even being chosen as a finalist is just so big. You never think it could be you.”

“All I could think about was mentally preparing for a friend of mine to be named Ms. Georgia Tech,” she says.

Giants indeed. Among the Mr. and Ms. Georgia Tech finalists: a former SGA president, and a student who launched two startup companies.

This is no homecoming popularity contest. Finalists have to meet academic requirements and demonstrate how they have positively impacted Georgia Tech’s campus. They also undergo two rigorous rounds of interviews conducted by Georgia Tech faculty and staff, including a 15-minute presentation. If you can make it through the first two rounds, then you make it to the student-wide vote.

In short, the process is no cakewalk. But Pittard and Johnson stood shoulder to shoulder with those giants. After the interviews were finished and the votes were tallied they were selected 2016 Mr. and Ms. Georgia Tech. 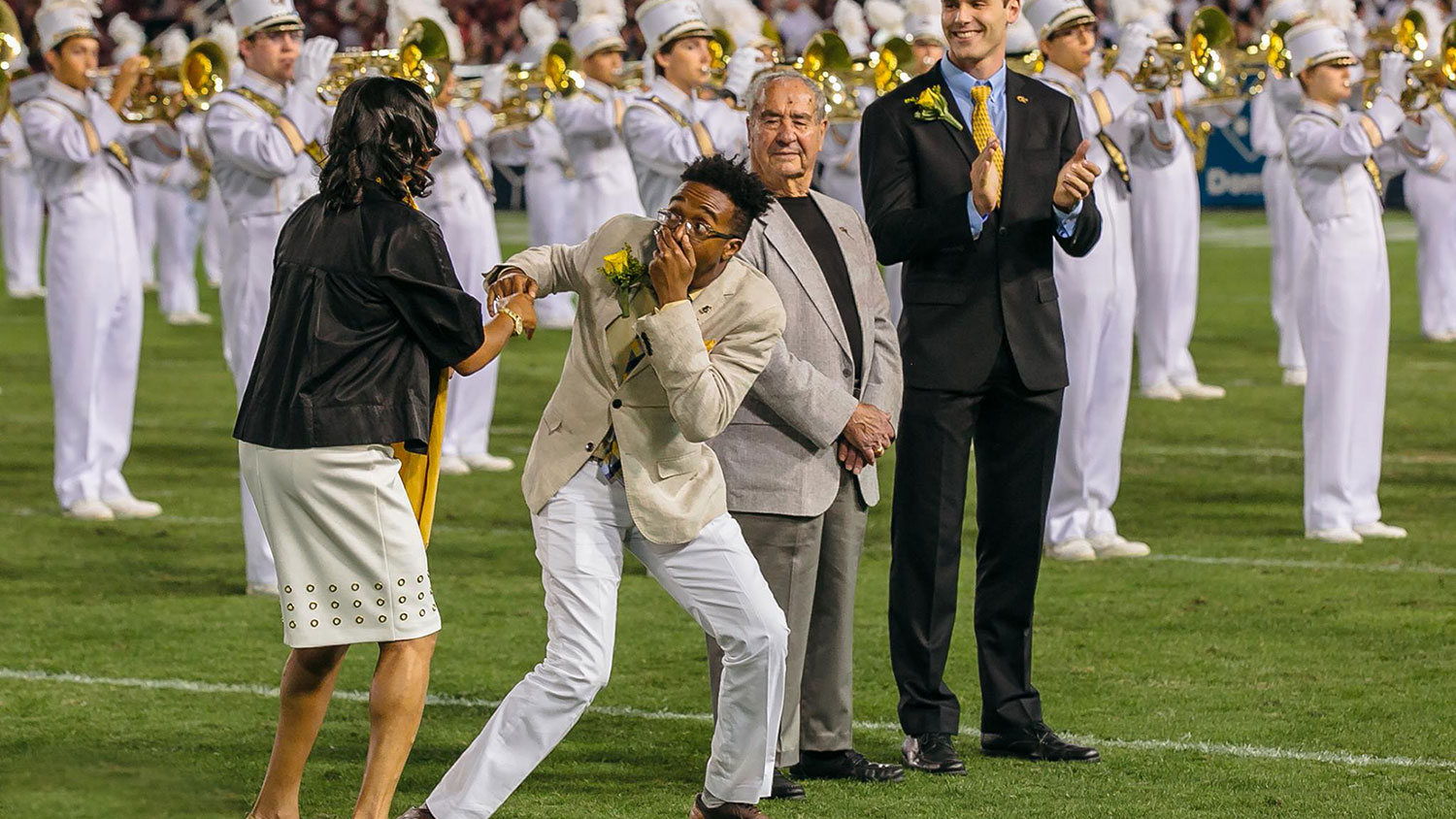 Henderson Johnson, II sinks to the ground after his name was announced as the new Mr. Georgia Tech. Photo: Elliott Brockelbank

Johnson sunk to the ground after his name was announced as the new Mr. Georgia Tech.

“My mom had to grab my arms,” he recalls. “The rest was really a blur.”

Except for the moment when he was riding in the Ramblin’ Wreck and spotted his friends screaming cheering for him in the student section.

Pittard remembers the packed stands with Georgia Tech fans wearing white, the sounds of the Georgia Tech Marching Band, and the view of the skyline.

She also remembers seeing her dad cry for the first time.

It may have been his own memories flooding back. Dan Pittard, a 1971 Georgia Tech graduate, was named Mr. Georgia Tech while he was on campus.

“He used to tell me growing up, ‘Can you believe there was a bunch of girls that ran for some cake and a kiss from me at halftime of a Georgia Tech football game?’”

Pittard says now that she’s experienced it herself, those stories are all the more special to her. 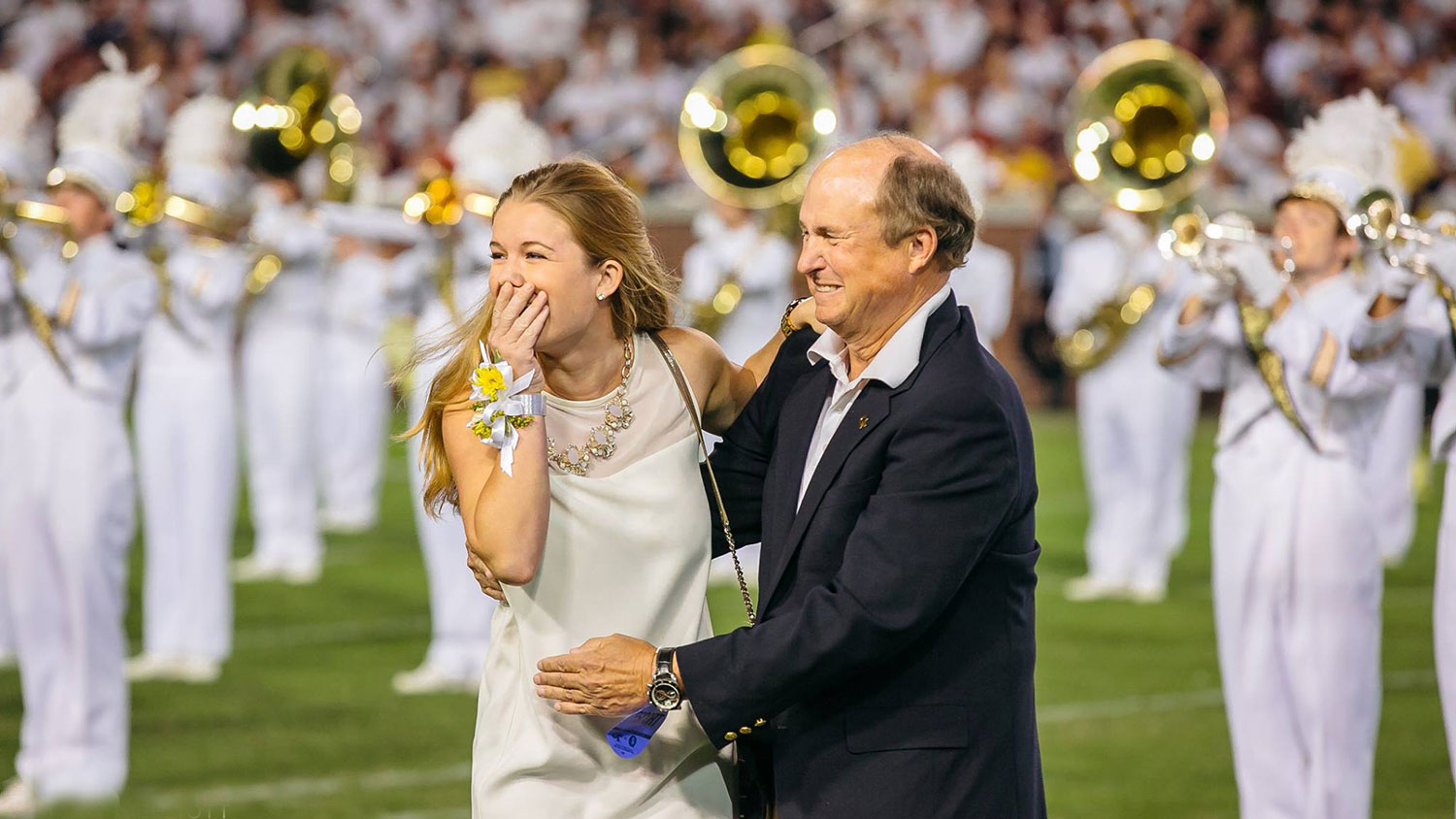 When Pittard and Johnson met at midfield as the new Mr. and Ms. Georgia Tech, they were coming face to face with a familiar friend. Both serve as student ambassadors for Georgia Tech.

“We made eye contact, and it was like ‘Are you feeling what I’m feeling?’” Pittard recalls of that moment.

“Missy is a great Ms. Georgia Tech because she’s so passionate about everything she does,” he says. “She raises those around her. I think that’s the biggest thing, to invigorate and inspire everyone just by being who you are.”

“Henderson embodies the characteristics someone needs to be successful at Georgia Tech,” Pittard says. “You need to be able to embrace challenge, have a high-energy, high-level attitude, and be able to focus on the purpose of what you’re doing.”

Johnson plans to continue his education at Georgia Tech, working on his master’s degree in aerospace engineering. Pittard has landed a dream career working as a management consultant upon graduation.

But before these two Georgia Tech giants head out into the world, they have year to continue the legacies they’ve built here on campus, just with a new title to add to their resumes. 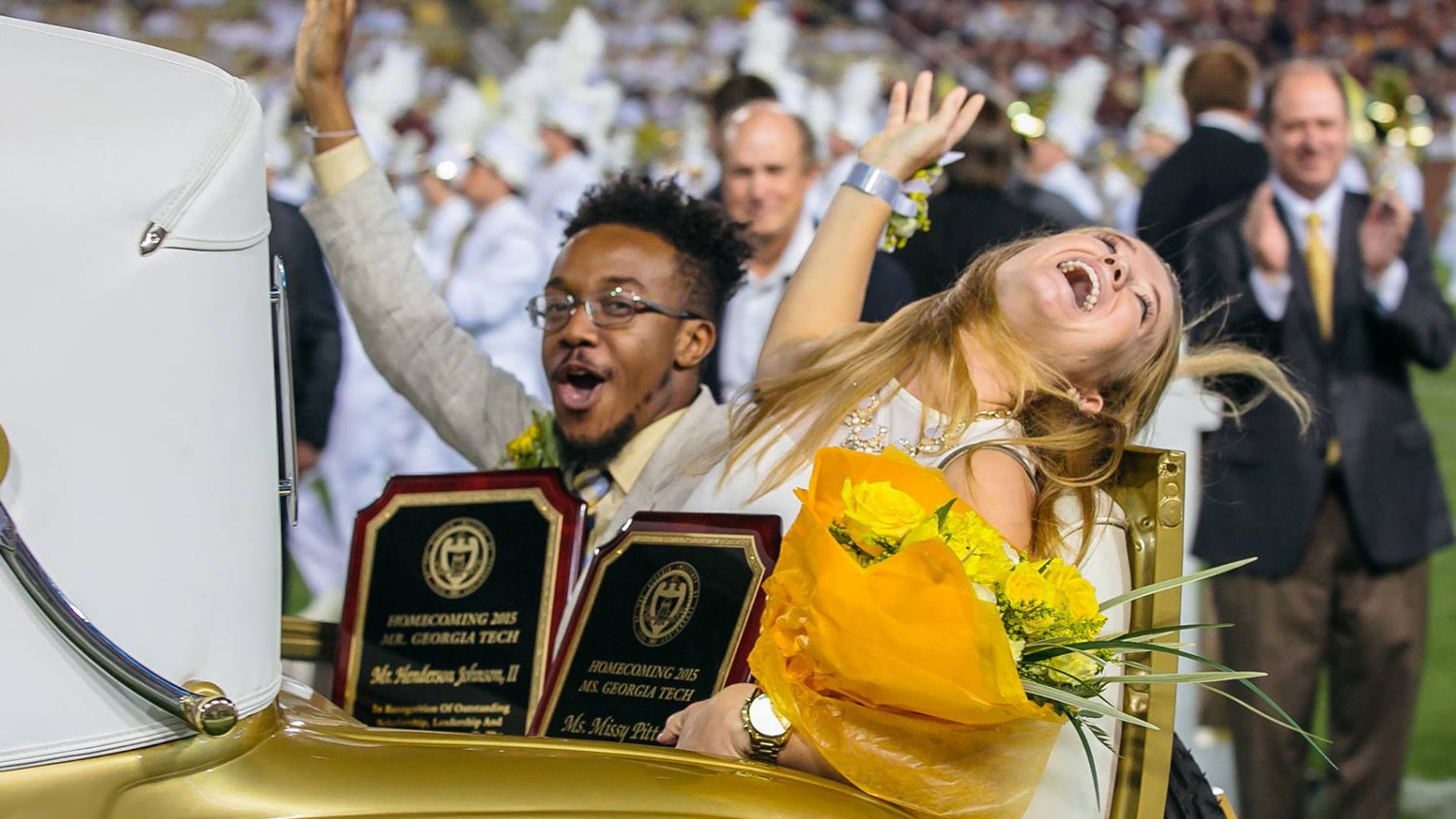