The fate of around a dozen pumpkins on Halloween was to be smashed outside the Howey Physics Building in the late afternoon hours.

Two pumpkins fall from atop the Howey Physics Building.

The Society of Physics Students and Society of Women in Physics hosted their annual Pumpkin Smash Fundraiser on Wednesday, Oct. 31. Each pumpkin was sponsored for $100, primarily by physics faculty members, for the chance to be carved and then thrown from the Georgia Tech Observatory atop the Howey Physics Building.

Ed Greco, academic professional, had the honor of throwing the pumpkins from the roof. Some were dipped in liquid nitrogen before falling to the pavement. 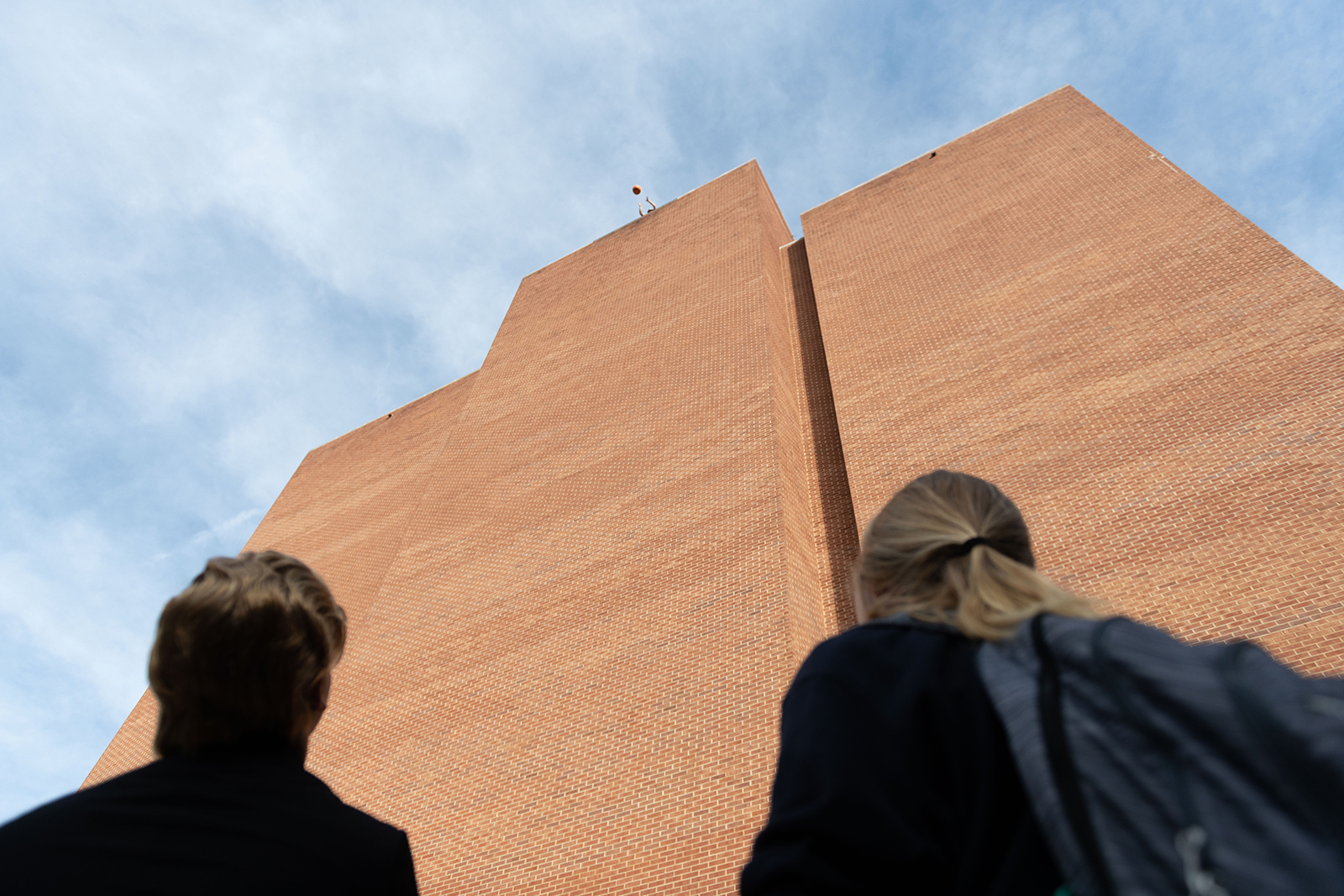 Ed Greco, academic professional in the School of Physics, drops a pumpkin from the top of the Howey Physics Building as students look on. 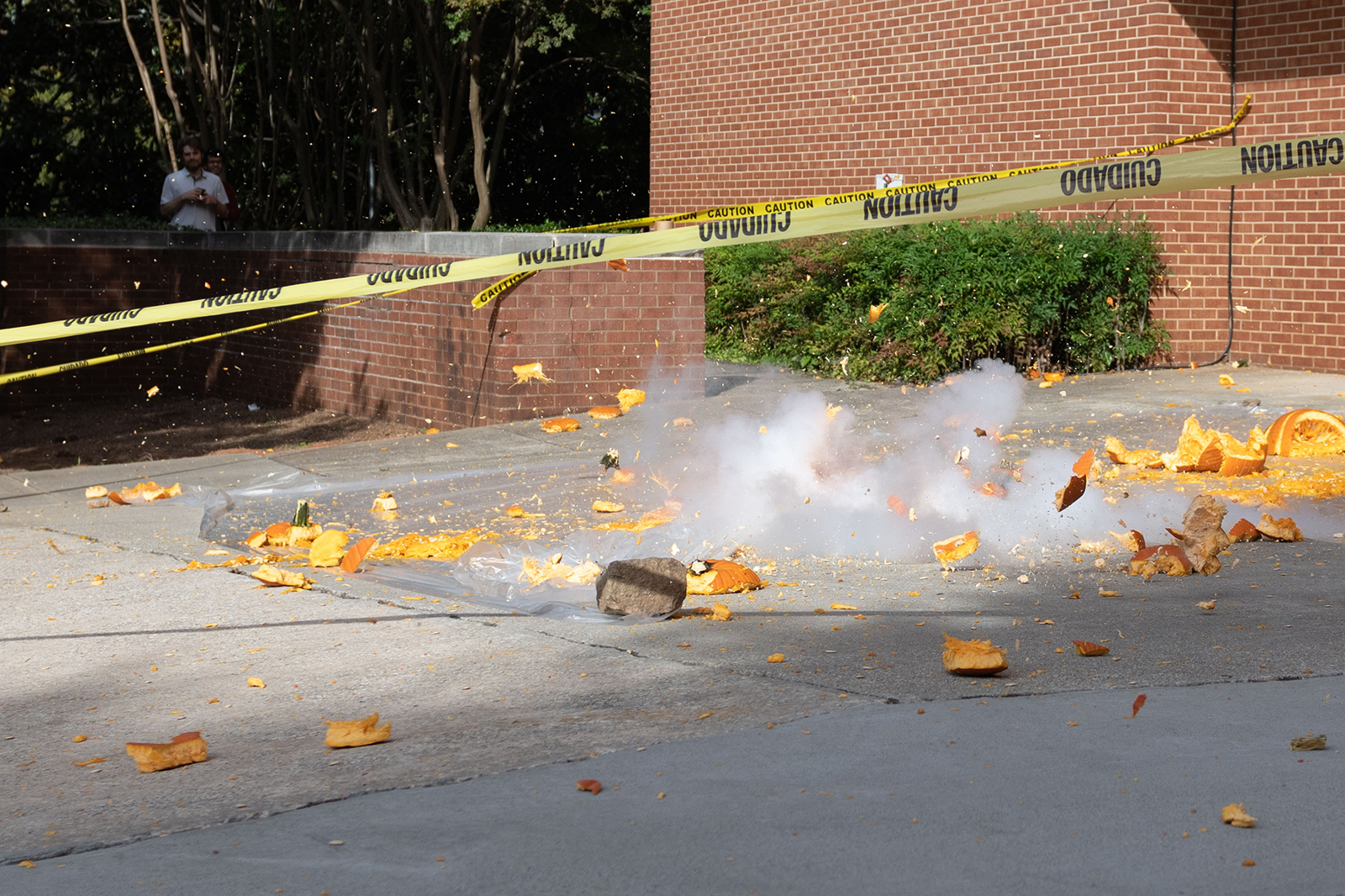 A pumpkin that was dipped in liquid nitrogen hits the pavement. 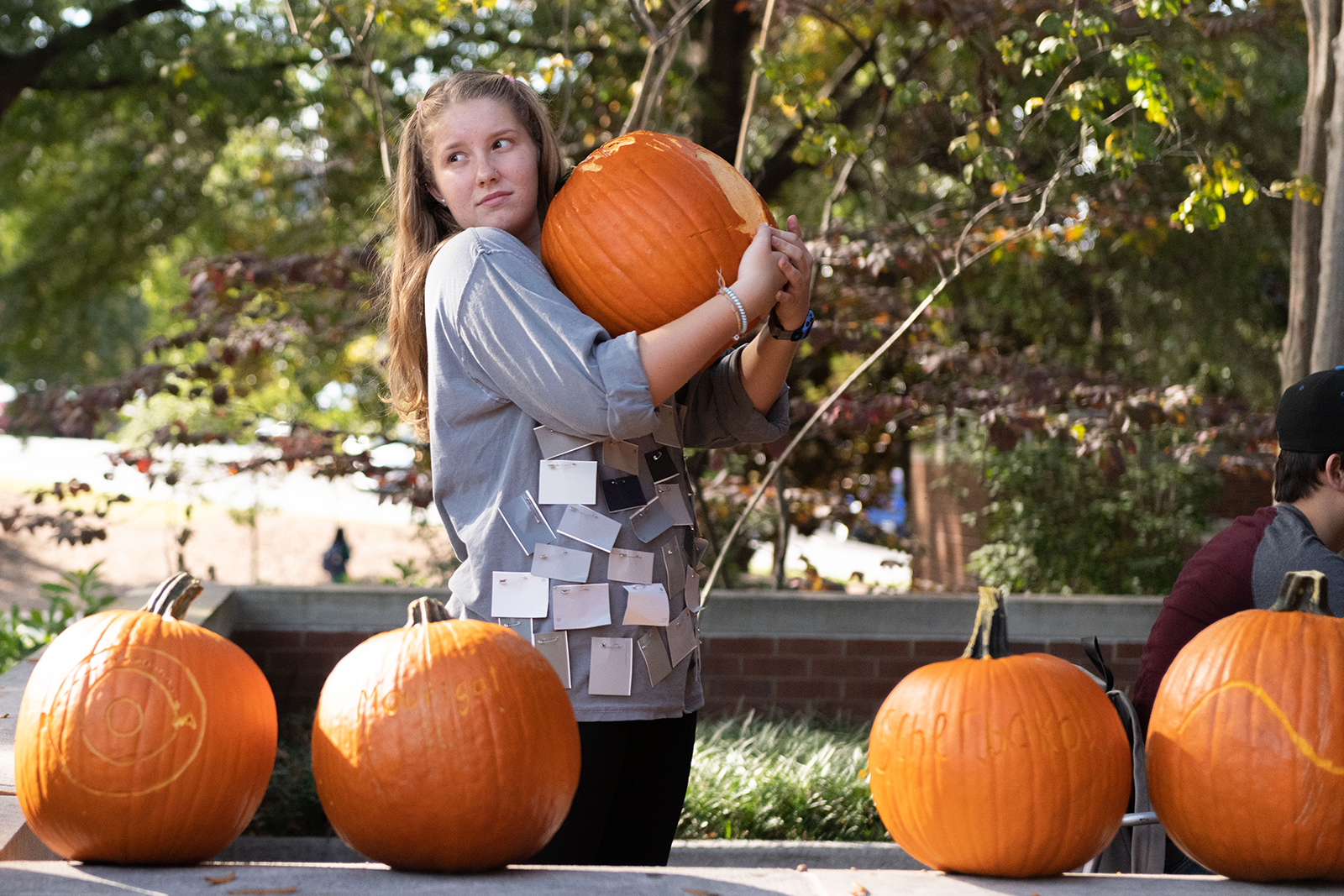 Lucy Grant, a physics major, picks up a pumpkin before it is smashed from the top of Howey. 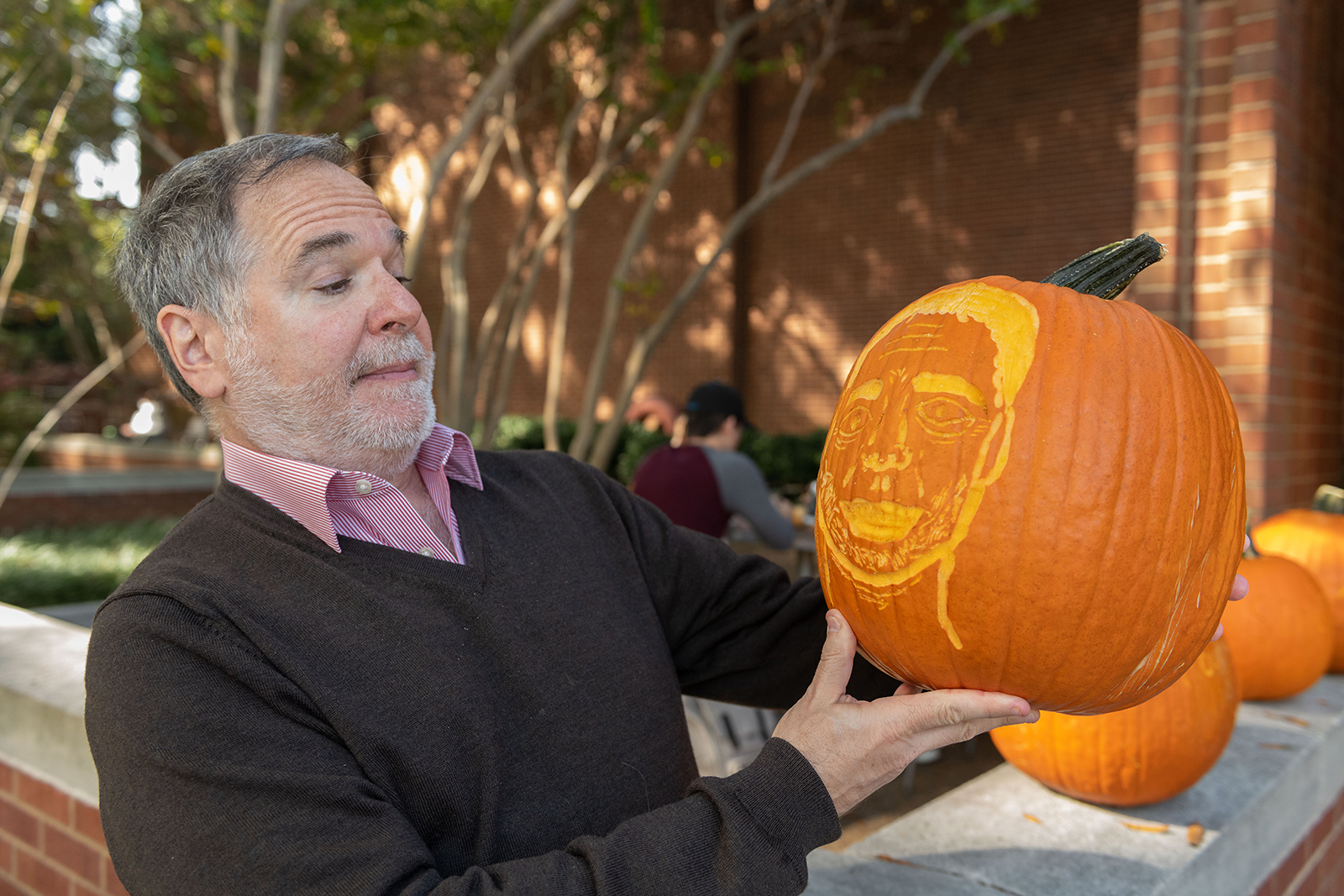 Andrew Zangwill, a professor in the School of Physics, holds a pumpkin of his likeness before it is smashed.