Sprucing Up Tech's Most Iconic Building

After being closed for renovation for more than a year, Georgia Tech’s most recognizable landmark reopened this summer with changes inside and out, and from the garden level to the fourth floor.

The Lettie Pate Whitehead Evans Administration Building, better known as Tech Tower, underwent a redesign of some of the office space; a major upgrade of its plumbing, electrical, and heating and cooling systems; and the addition of a second interior fire exit stairwell and a new elevator. Some unforeseen conditions related to work covered up during previous building renovations were also repaired and brought up to code.

This before-and-after photo essay highlights photos Institute Communications shot in 2015 before the renovation and those taken after the renovation.

The public corridor on the ground floor, with its entrance on Uncle Heinie Way next to Highland Bakery, was made “more inviting” and brought up to the standard of the public corridors on the other floors. The corridor walls will be used to exhibit rotating art and/or poster sessions. 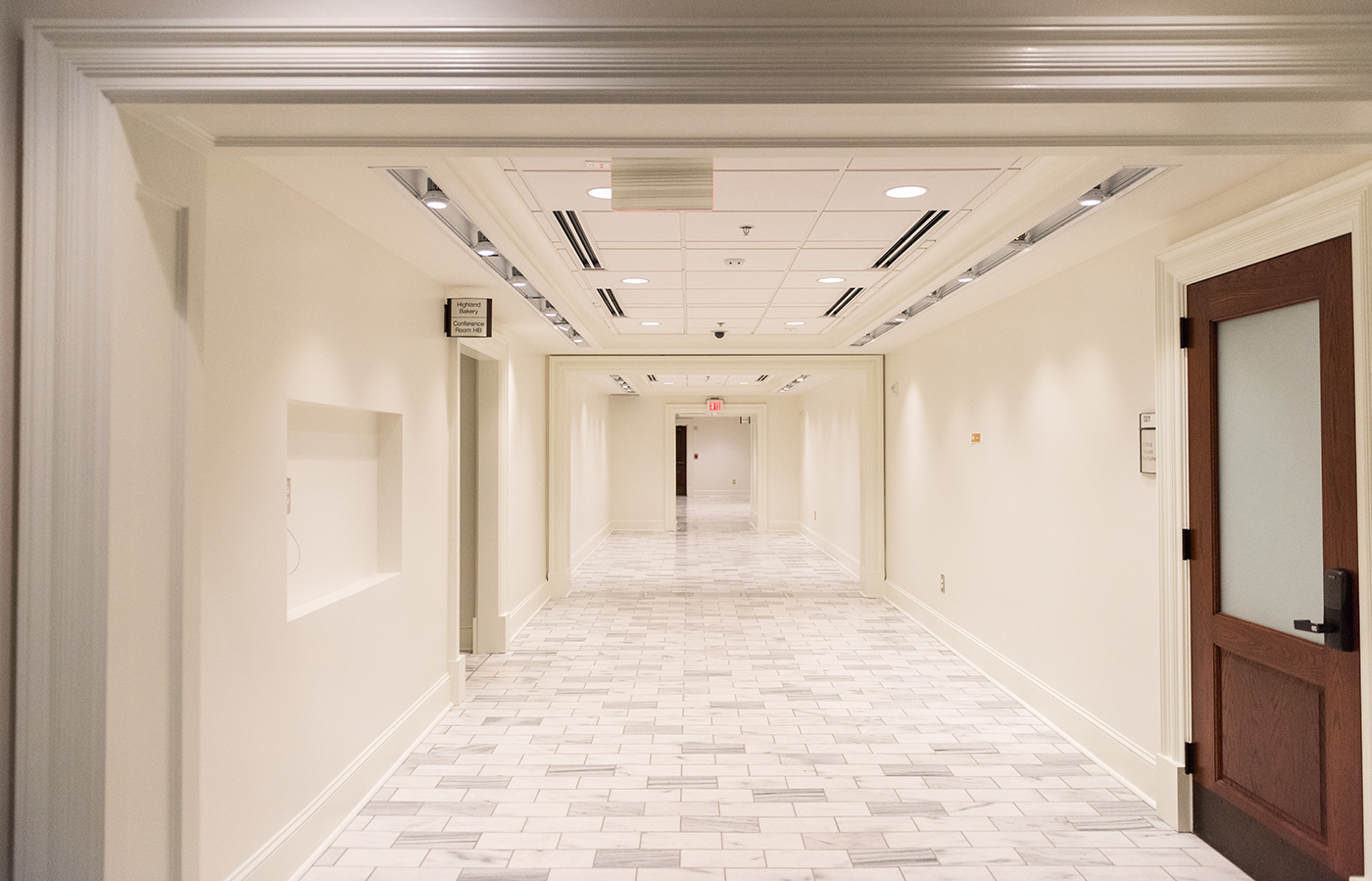 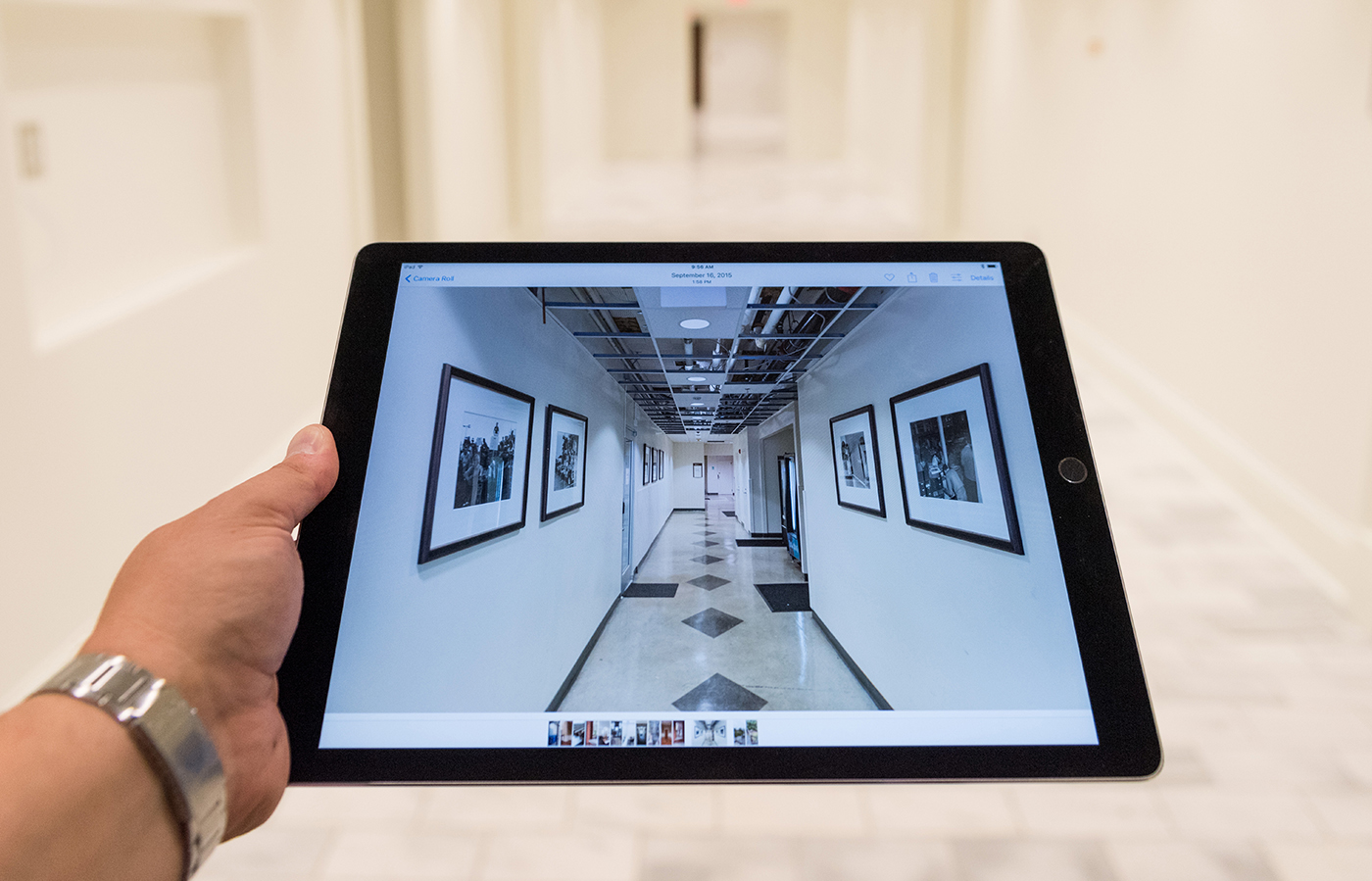 Some of the garden-level space used to be a storage area for the Registrar’s Office. Now, there is office and meeting space for the Office of the Executive Vice President for Research, the Office of Faculty Affairs, and the Tech Applications Group (TAG). 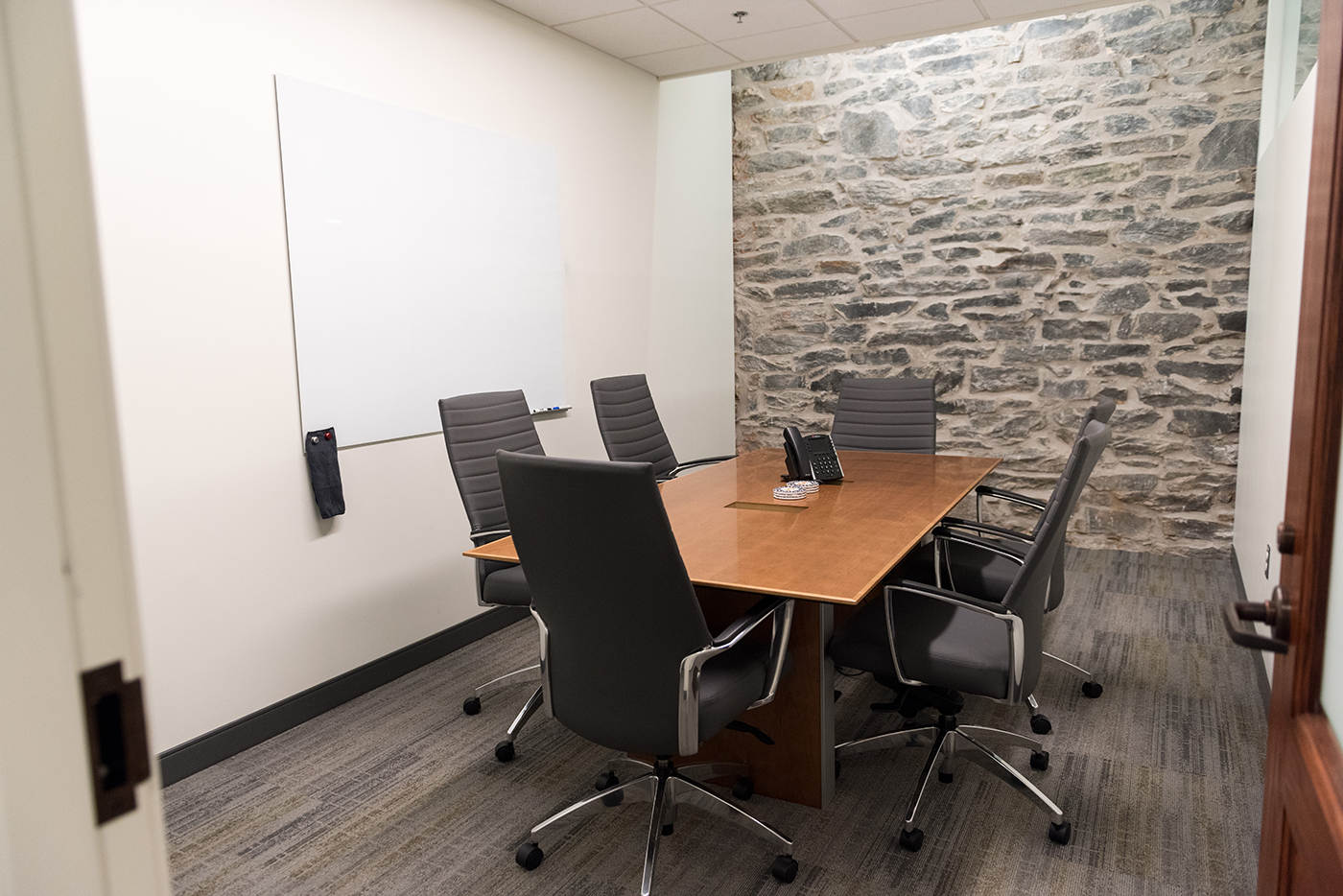 One noticeable difference on the first floor is that the elevator was replaced, and the orientation of the elevator doors changed. The new elevator is faster and bigger to accommodate emergency personnel and their equipment. The new elevator also operates on all five floors of the building, whereas the old one only served the garden level through third floors. 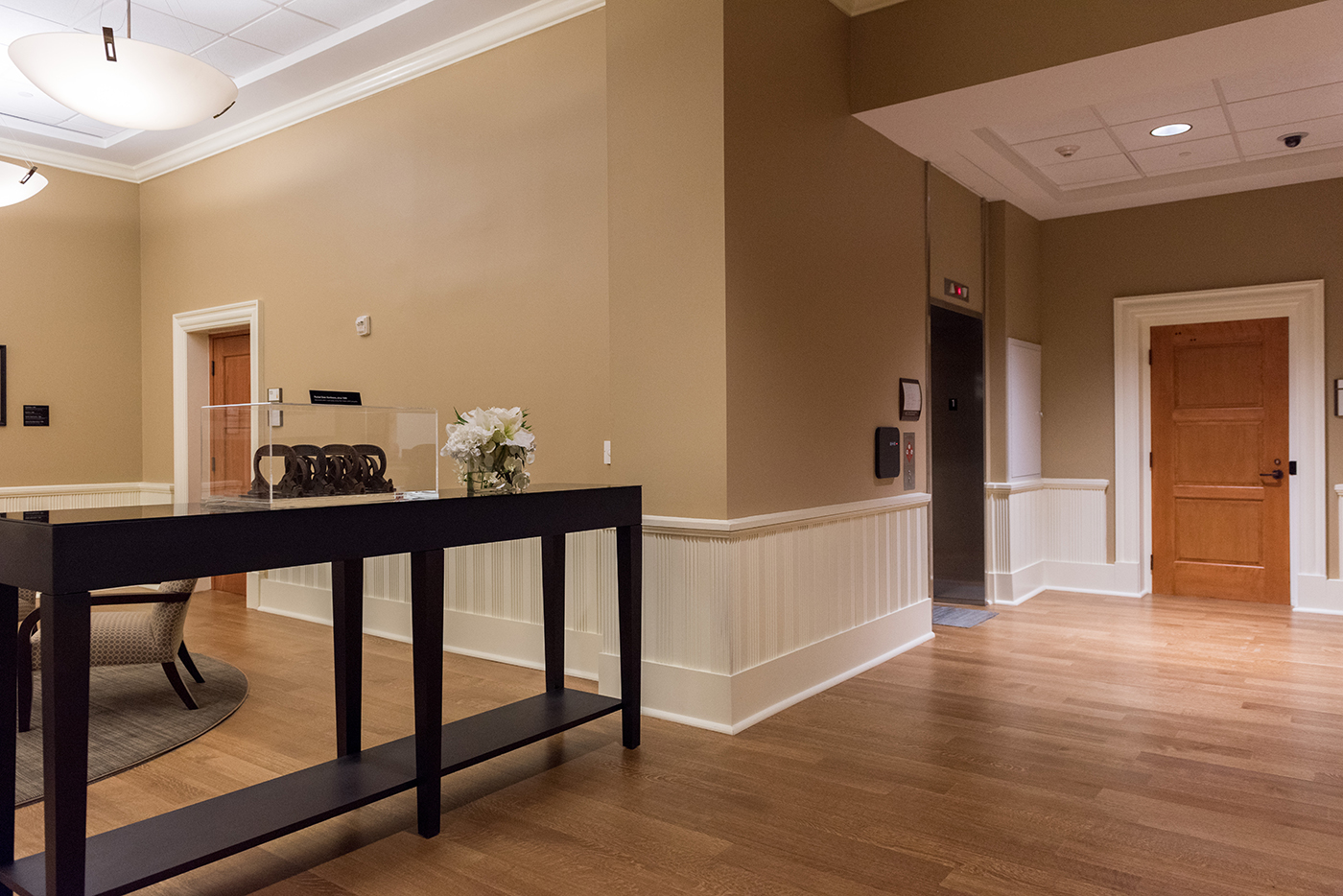 Now, the new elevator door is to the right of the lobby. 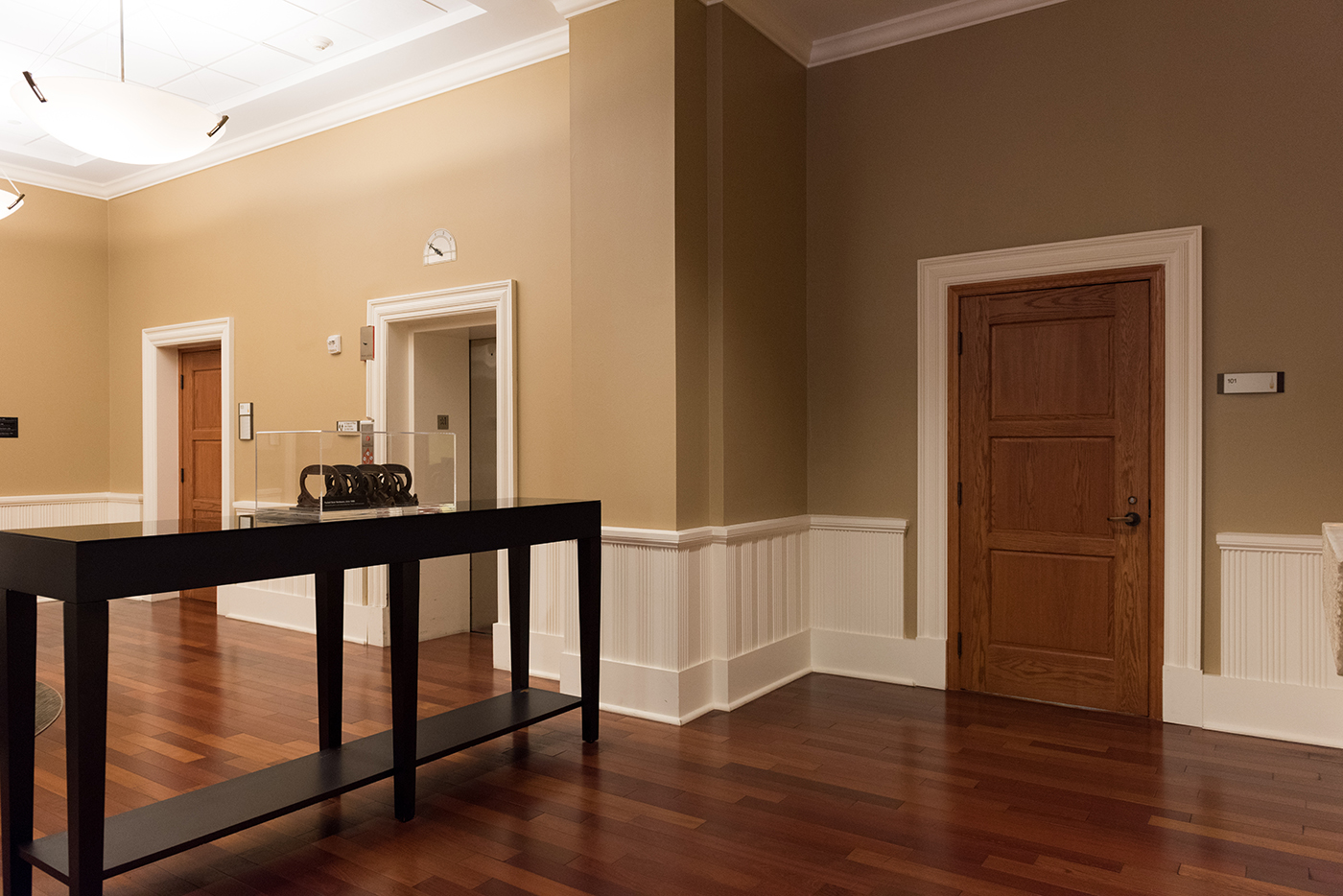 The elevator door used to face the center of the lobby

The installation of a second interior fire exit stairwell eliminated the need for the metal fire exit stairs that were attached to the building’s exterior. Window units for air conditioning were also removed.

A second interior fire exit stairwell was added, taking up part of the first-floor break room and conference room, as well as some office space on the third and fourth floors. 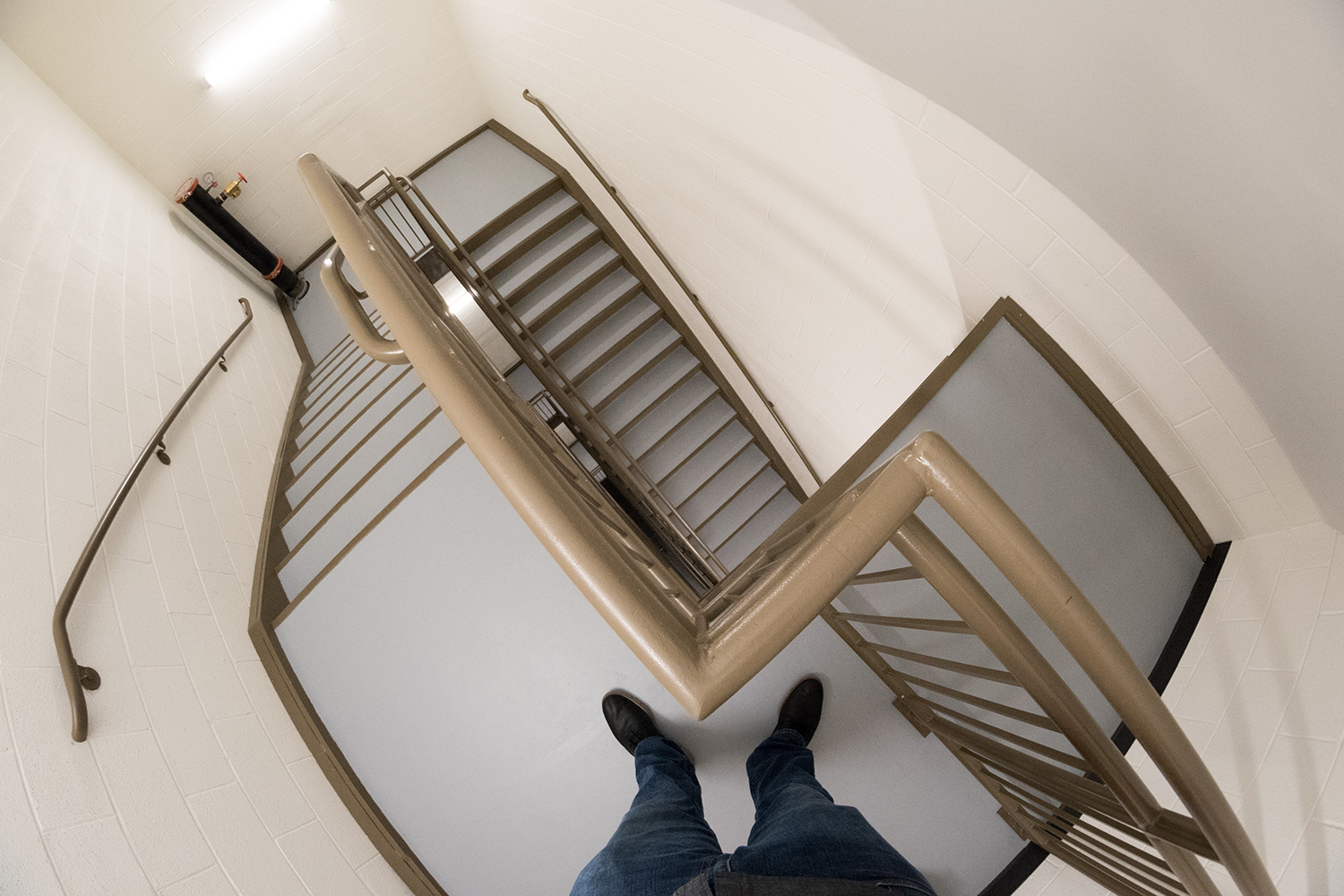 The second floor was remodeled to better meet the needs of the College of Sciences. 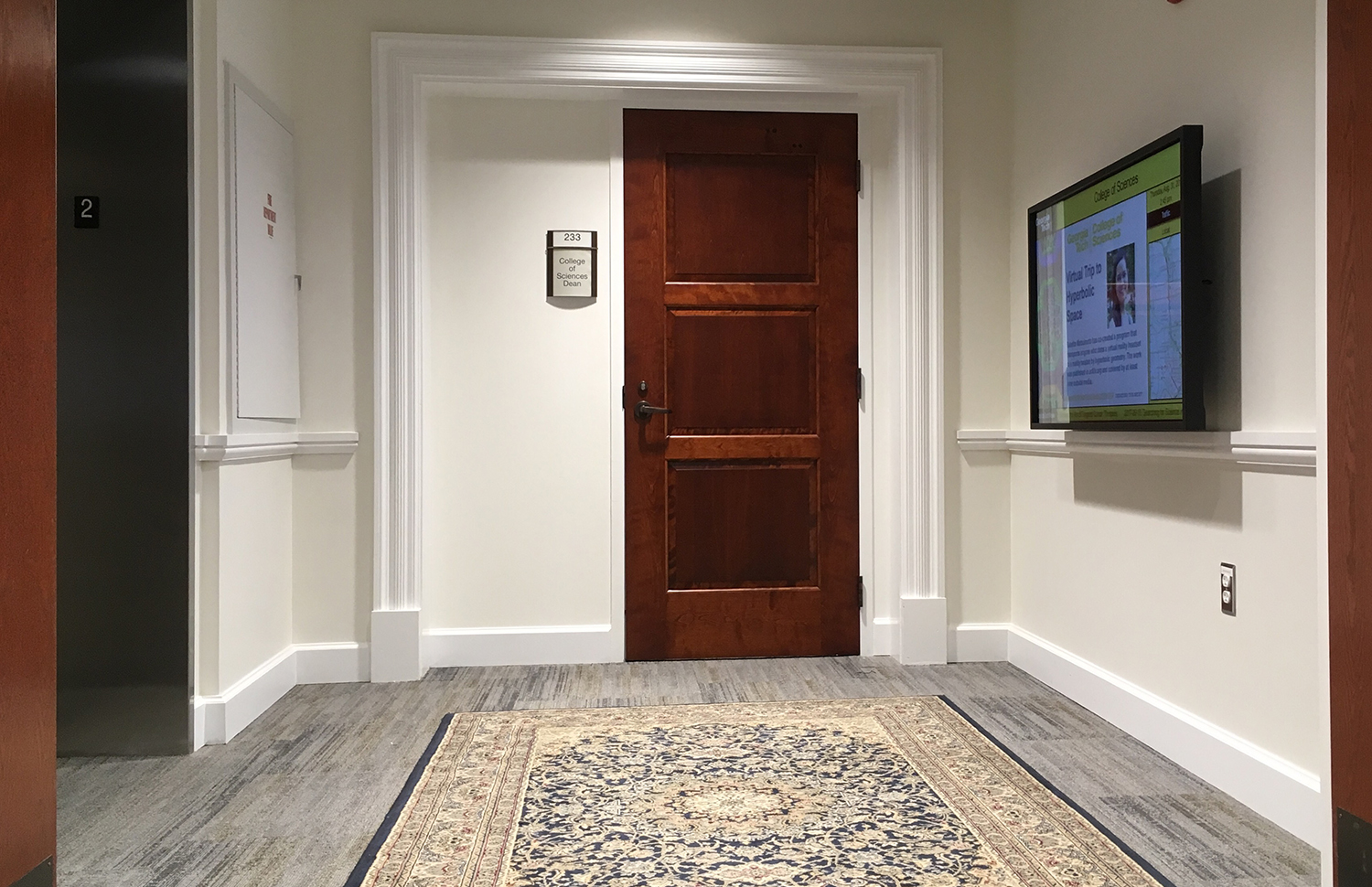 The new entrance to the College of Sciences Dean’s Office. 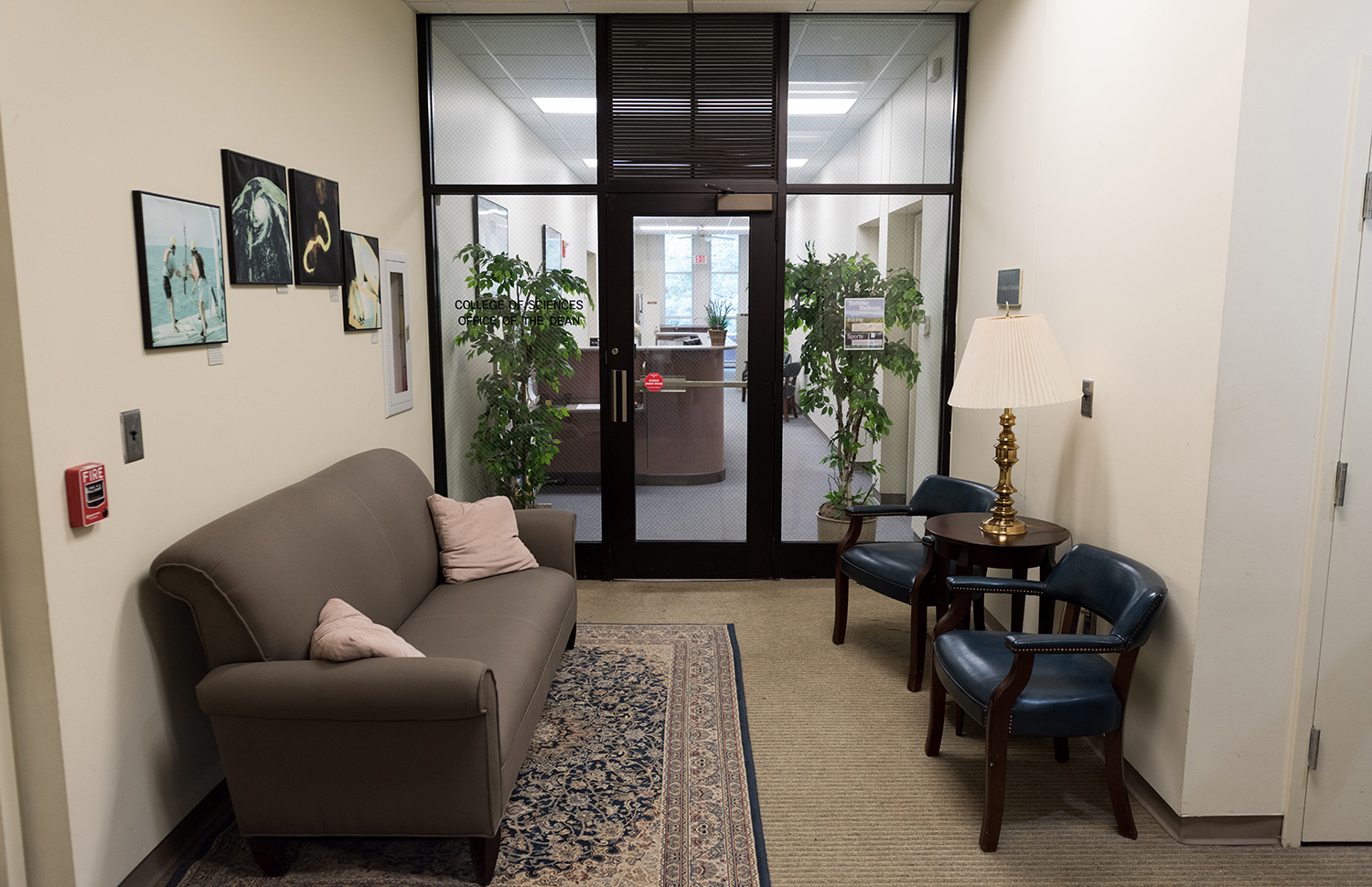 The old entrance to the College of Sciences. 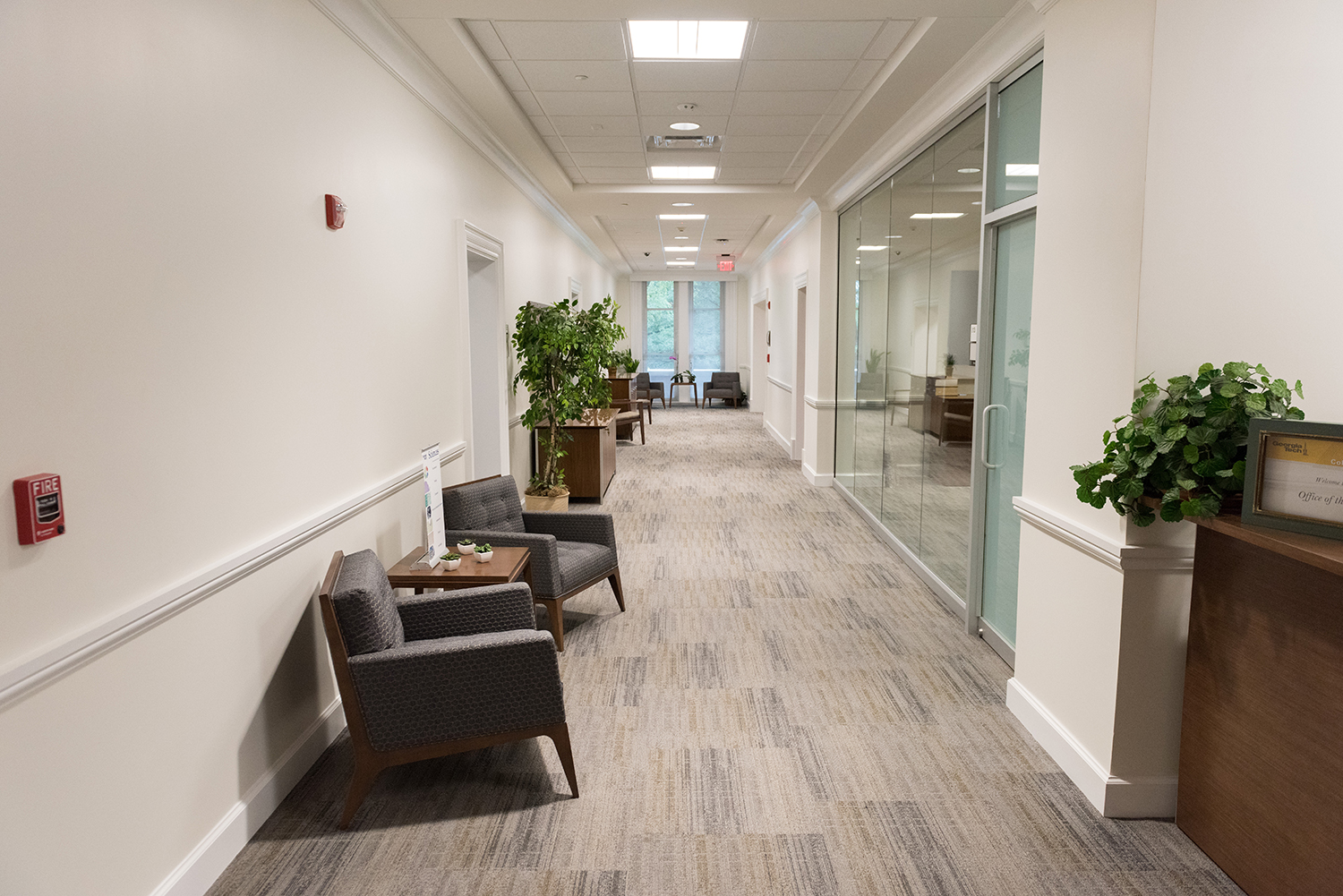 The renovated office space for the College of Sciences is more open. 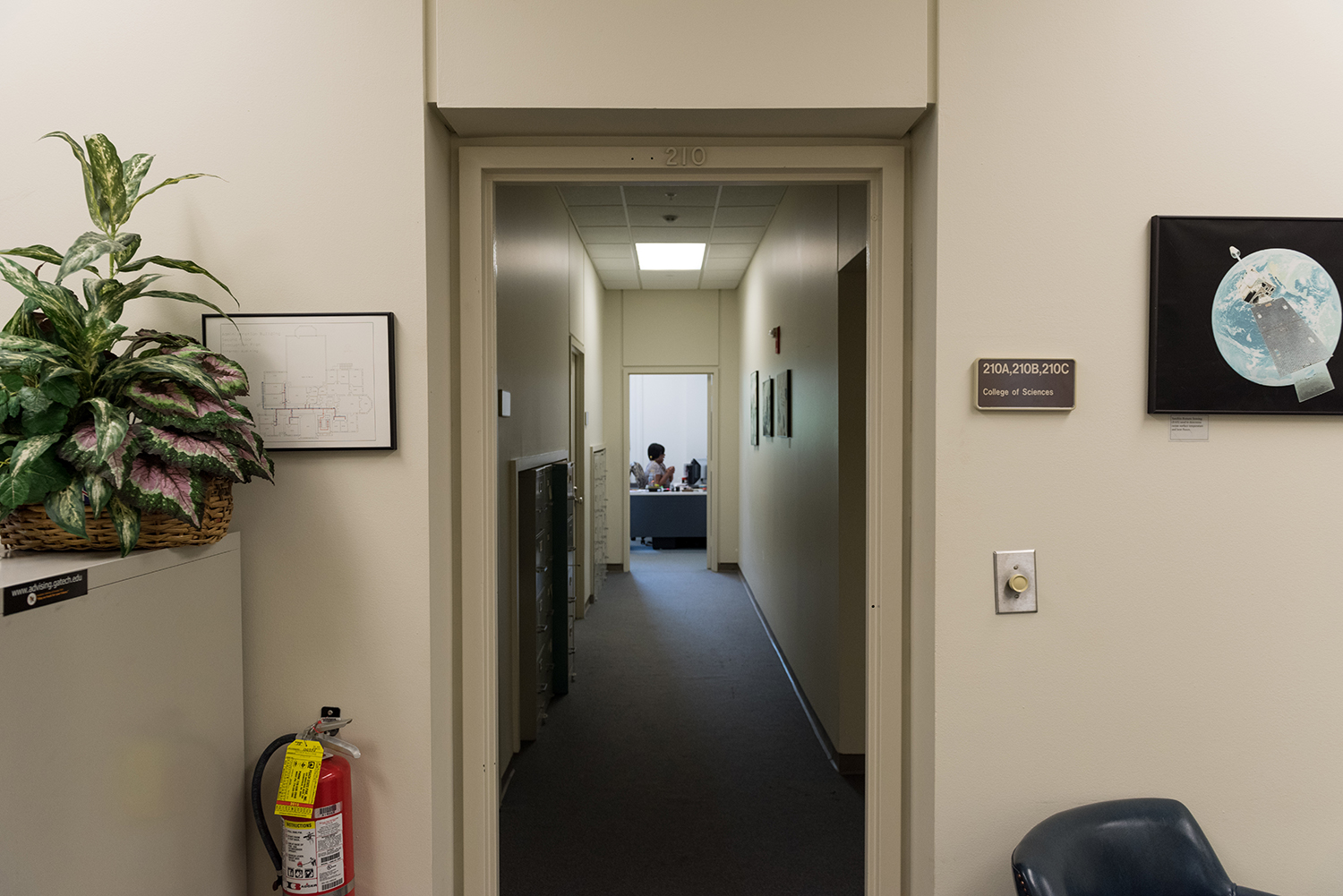 Offices in the old College of Sciences space. 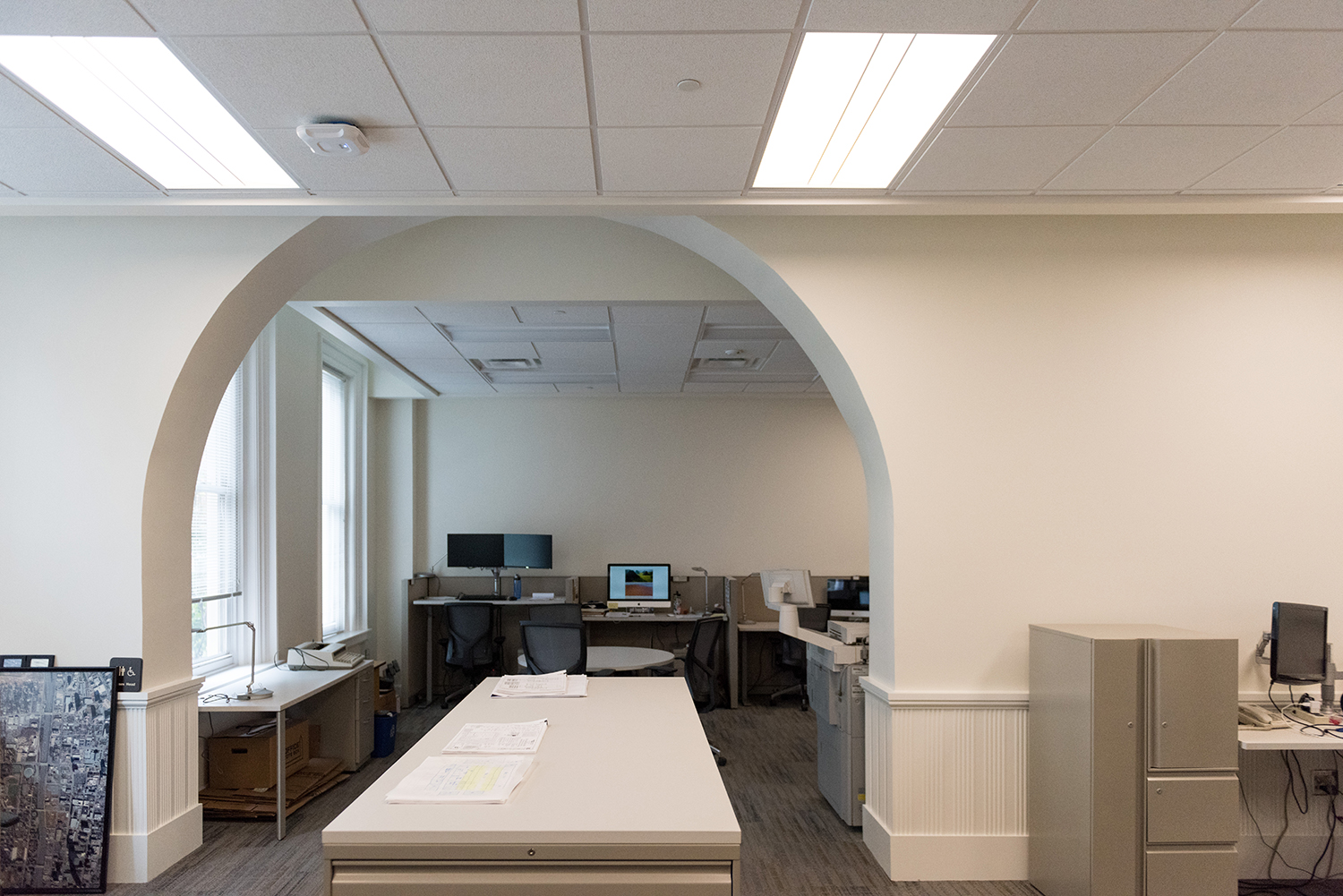 Now, the College of Sciences space looks like this -- exposing an archway that had been hidden behind a wall. This space was the original Georgia Tech library. 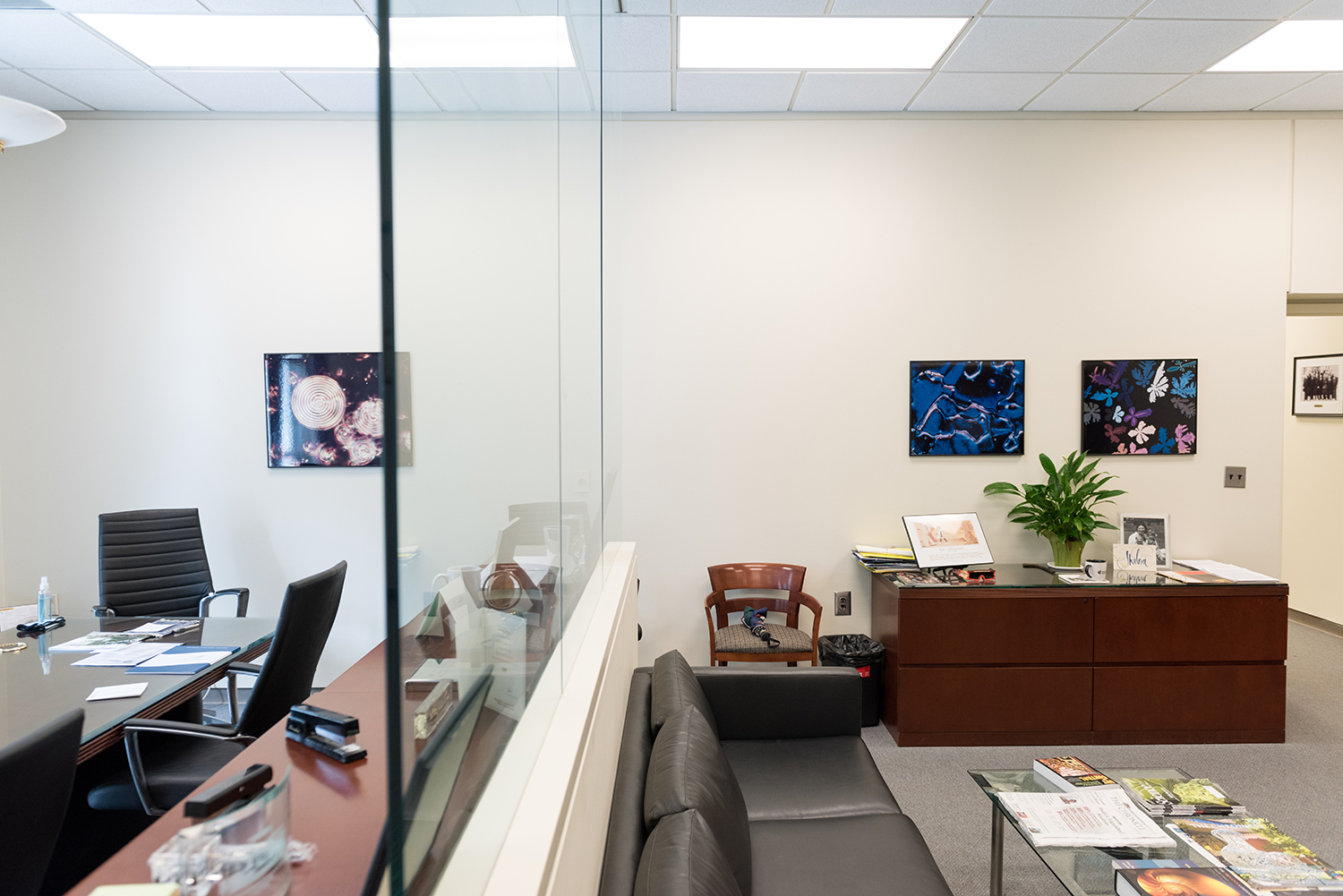 The College of Science’s floor, shown in a pre-renovation photo here, was reconfigured. 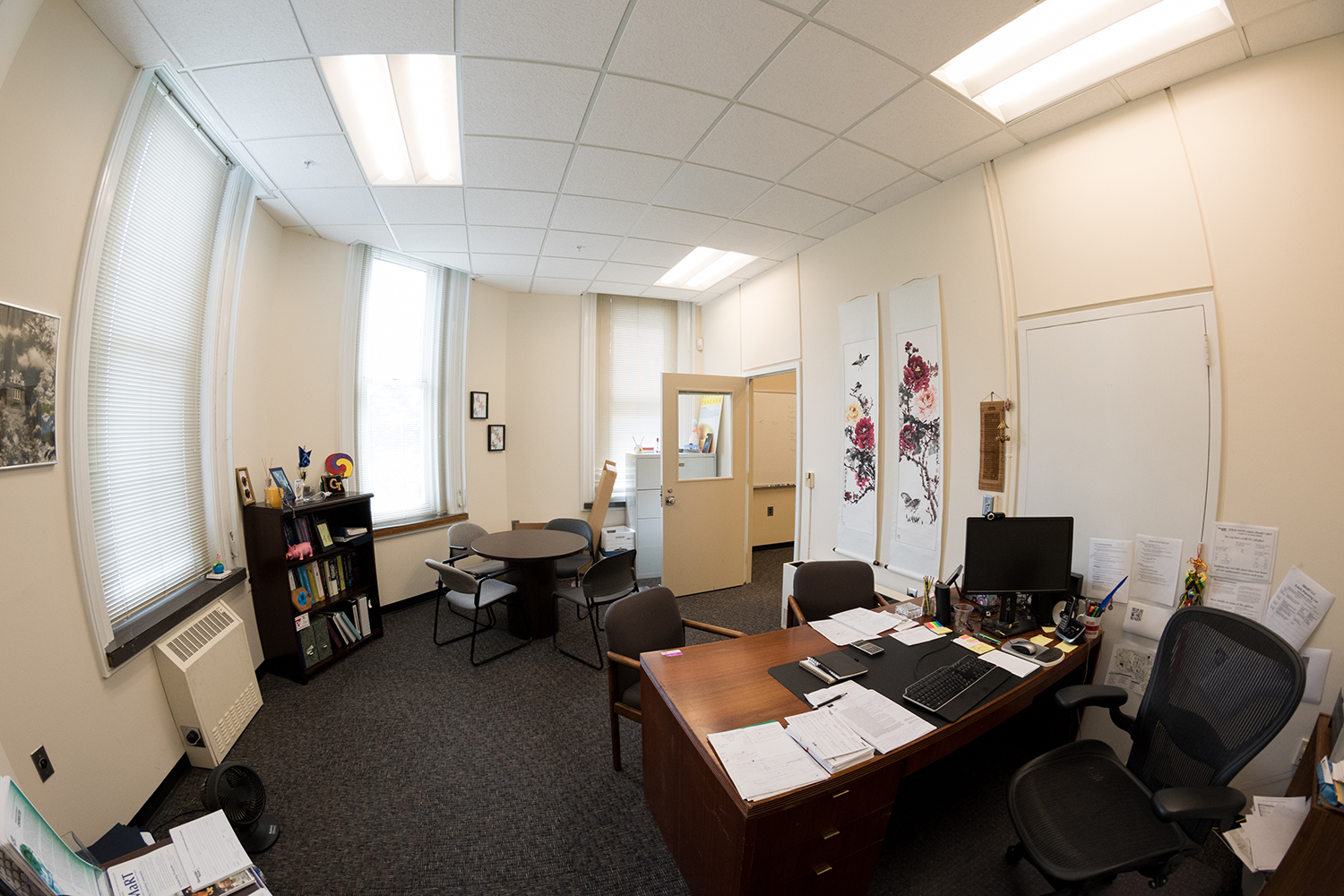 This office space on the second floor has been turned into the College of Sciences Dean’s Office. 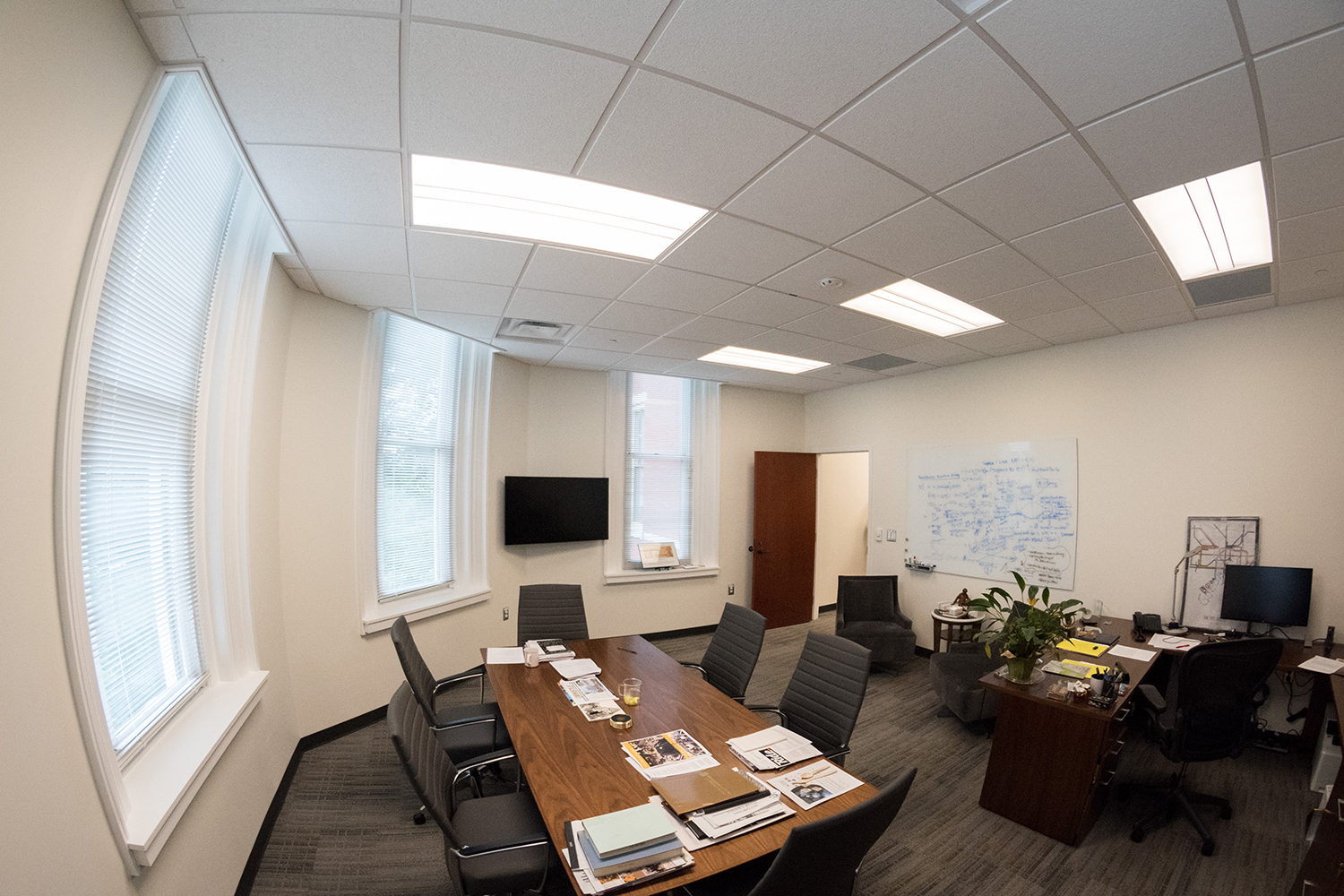 Inside the new Dean’s office.

With the exception of moving the welcome desk and reconfiguring the elevator, the College of Engineering’s Dean’s Suite, on the third floor, was largely unchanged.

A significant portion of the fourth floor now houses the building’s new air handling system, and the College of Engineering space there was redesigned to include a conference room that is available to all occupants of the building. 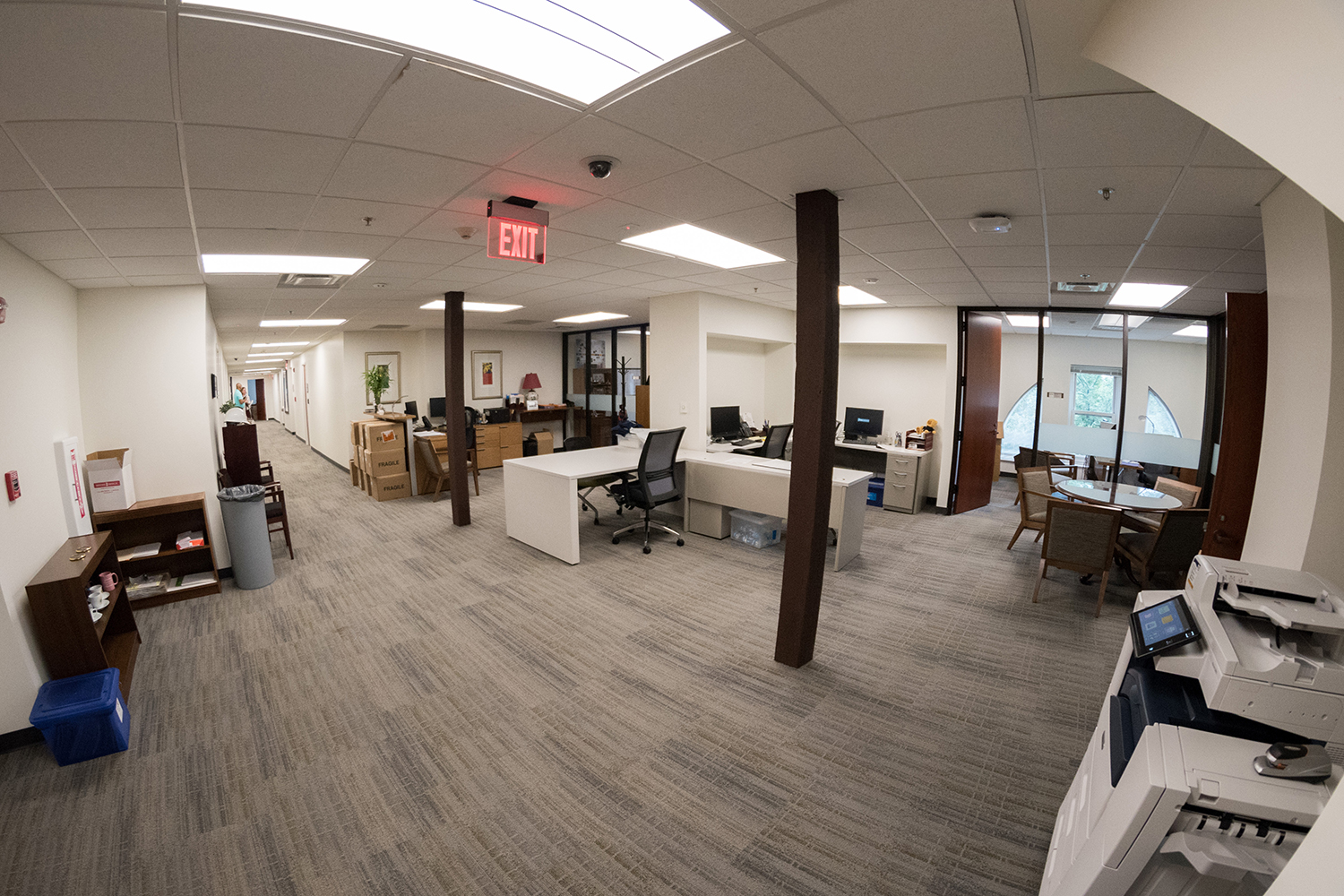 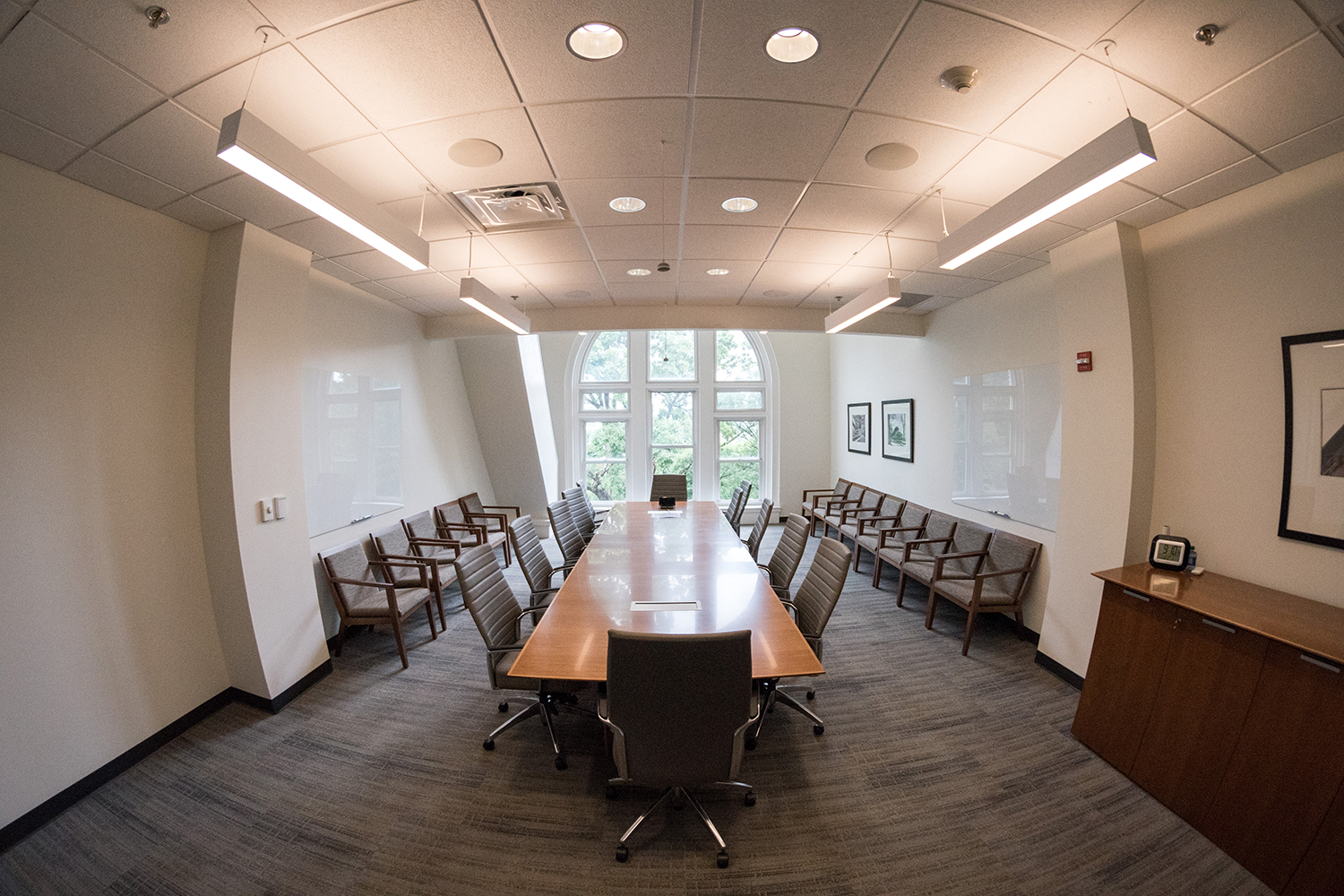 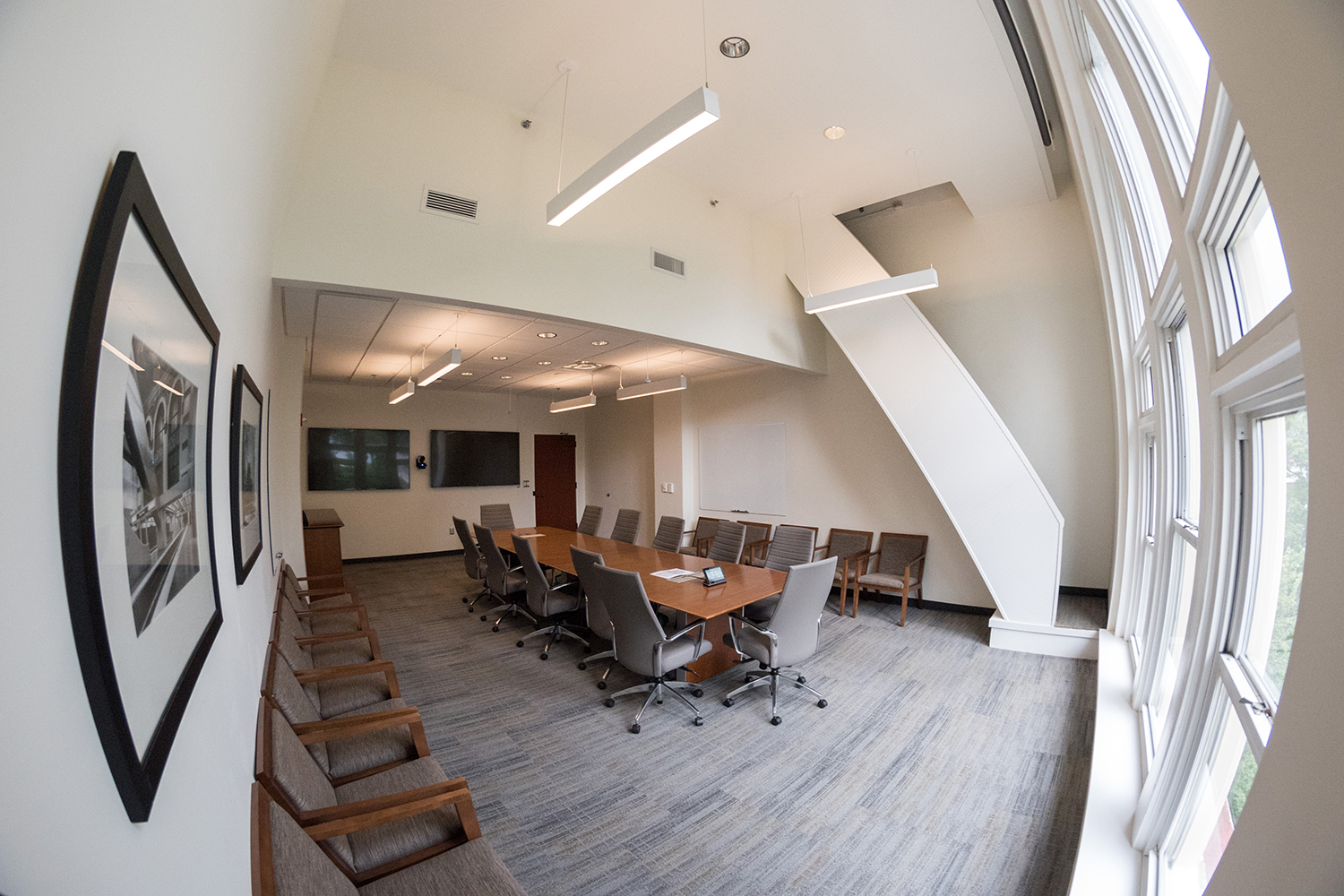 Tech Tower, one of the original buildings when Tech opened its doors in October 1888, is part of the historic district on campus known as “The Hill.” According to Linda Daniels, associate director, Capital Planning and Space Management (CPSM), and CPSM’s point of contact on the project, the renovation was done with the future in mind — but in a way that is historically respectful.

Garden level: office of the Executive Vice President for Research under construction

Garden level: office of the Executive Vice President for Research under construction

Original second floor library (twin) arches were filled in during circa 1968 renovation.

Original second floor library (twin) arches were filled in during circa 1968 renovation. 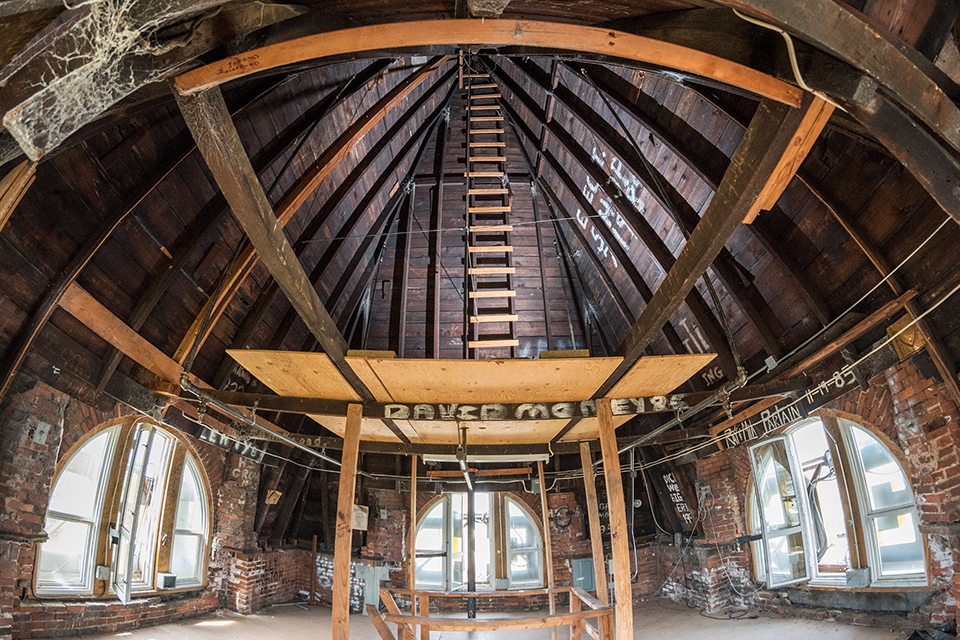 Want to see further inside the tower itself?

Go inside with Hidden Georgia Tech.