Santiago Calatrava’s exhibit at Georgia Tech brings together a unique selection of models, as well as architectural and artistic drawings that display the conception and design of 13 selected projects from around the world and in the USA.

"Santiago Calatrava: Exploring the Art of Construction" is on exhibit until March 30, 2017, and may be seen at the Caddell Building exhibit space, at 280 Ferst Drive, NW.

In conjunction with the closing of the on-campus exhibit, the esteemed architect, artist, and engineer will give a campus lecture on March 30, 2017 at 11a.m. in Clough Undergraduate Learning Commons, Auditorium 152. RSVP required: https://calatrava-gt.eventbrite.com

Calatrava’s works are remarkable as they present a multidisciplinary approach, combining architecture, sculpture, art and engineering with great artistic sensitivity and technological innovation.

His projects inspire one’s emotional perceptions due to the innovative aesthetical language he encompasses.

360˚ view from inside the model of St. Nicholas Greek Orthodox Church - New York

This exhibition invites the public, in particular Georgia Tech students, to get to know more closely the design development of selected Calatrava works. It asks the visitors to question how engineering and architecture can do much more than just serve its required functions.

"Santiago Calatrava is one of the most talented, prolific, and innovative architects, artists, and civil engineers in the world," said Zvi Galil, dean of Tech's College of Computing. "In fact, his buildings and bridges often transcend simple architecture and become beautiful works of art. Georgia Tech is fortunate not only to host him for a public talk, but to count him among our alumni, since he was awarded an honorary degree in 2013. I encourage all members of the Georgia Tech community to attend his lecture and to see the ongoing exhibit in the College of Design's Caddell Building."

VIDEO: one minute of models in motion

Calatrava was born in 1951 in Valencia, Spain, and earned degrees in architecture from Valencia’s Escuela Técnica Superior de Arquitectura and the ETH (Swiss Federal Institute of Technology) in Zurich.

After completing his studies, he opened his first office in Zurich in 1981 and took on small engineering commissions. He also began to enter competitions with his first winning proposal in 1983 for the design and construction of Stadelhofen Railway Station in Zurich.

In 1984, Calatrava designed the Bach de Roda Bridge in Barcelona, which was the first of the bridge projects that established his international reputation.

Calatrava established his firm’s second office in Paris in 1989 when he was working on the Lyon Saint-Exupéry Airport Station (1989–1994).

In 1991, he won a competition in Valencia for a large cultural complex and urban intervention – the City of Arts and Sciences, which has now become the most visited cultural complex in Spain. 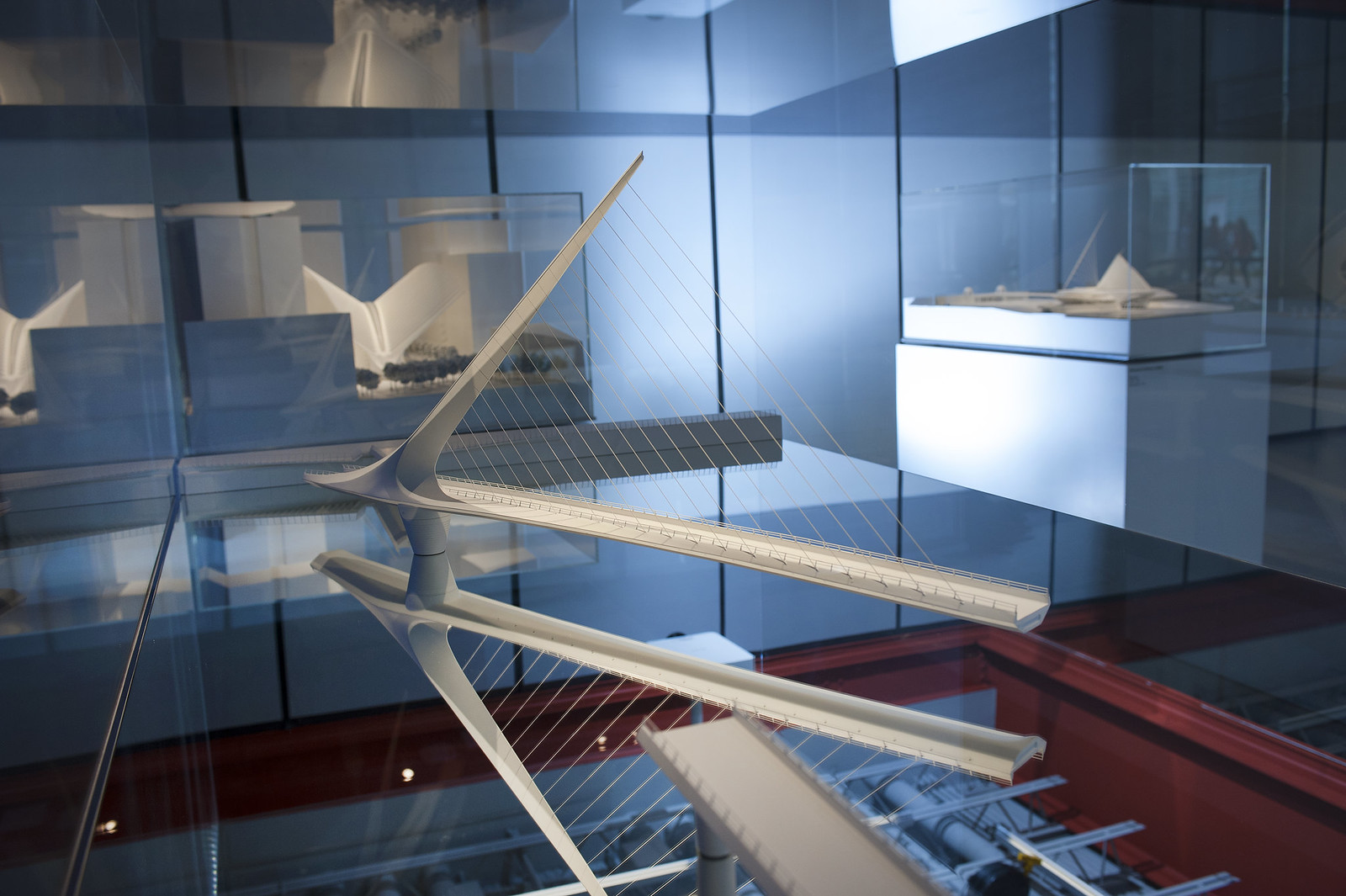 In 2004, following Calatrava’s first building in the United States – the expansion of the Milwaukee Art Museum in 1994 – he opened an office in New York City.

Further projects in the United States include the Sundial Bridge in Redding, California, the bridges over the Trinity River in Dallas, Texas and the World Trade Center Transportation Hub in New York City.

Later commissions in the USA include the first building for the Florida Polytechnic University’s new campus and the St. Nicholas Greek Orthodox Church at the World Trade Center in New York City.

He is currently developing projects, all in either the design or construction phase, in Belgium, Brazil, Qatar, China, USA and Italy.