Building on last year’s momentum, from March 21 to 28, Atlanta Science Festival organizers and co-founders — Emory University, Georgia Tech, and the Metro Atlanta Chamber — will again host events for anyone interested in exploring the worlds of science and technology.

Last year was big! Bigger and better than anticipated.

“Last year's festival thoroughly eclipsed my expectations,” said Paul Goldbart, dean of Georgia Tech’s College of Sciences, of the 2014 Atlanta Science Festival (ASF). “It’s one thing to nudge along an existing program and even improve it here and there. It’s quite another to make a whole science festival where there wasn’t one — and to have some 30,000 people from our community engage in it.” 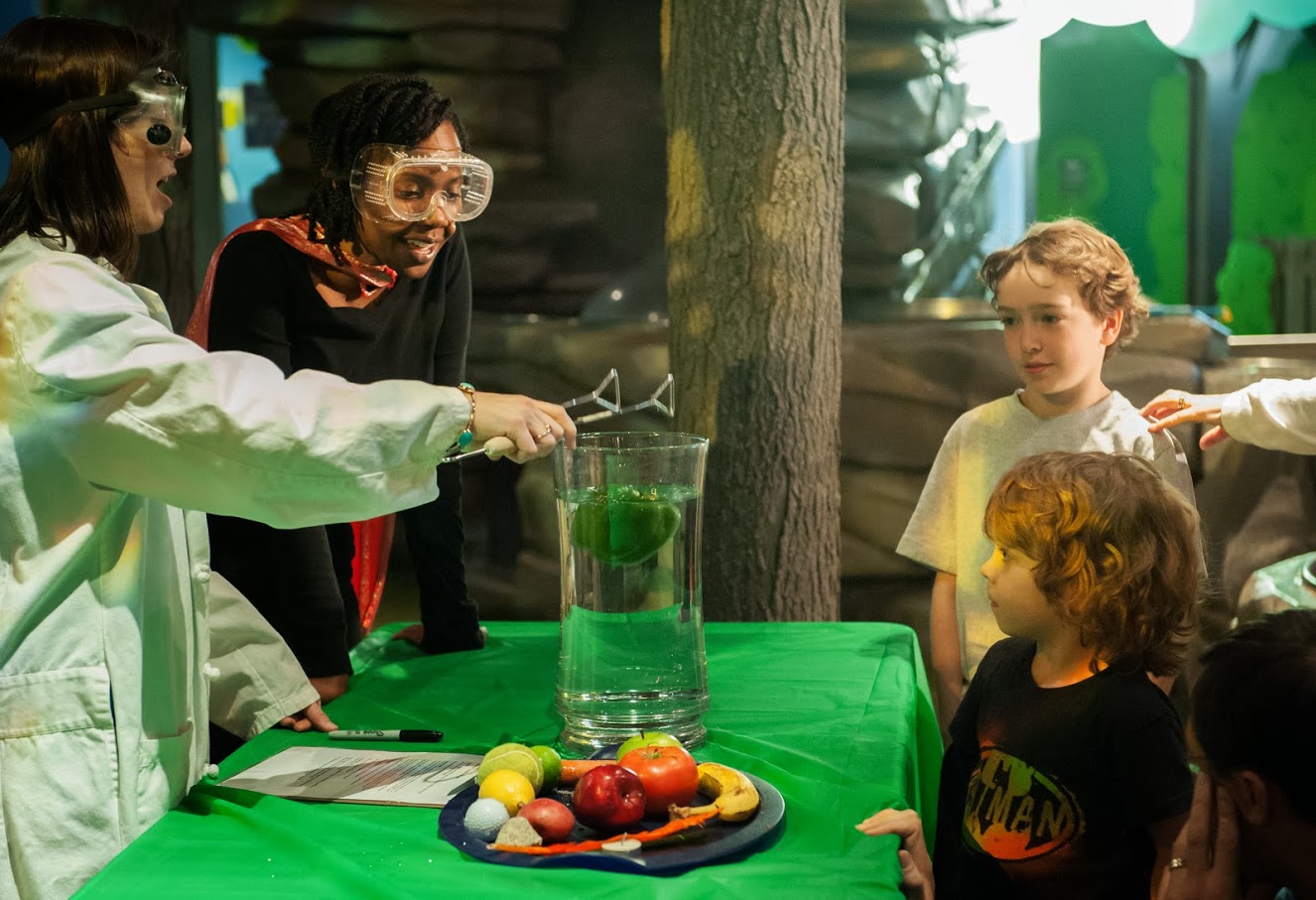 Superhero Night at the Museum at the 2014 Atlanta Science Festival.

It didn’t matter that it was the first-ever ASF. Those 30,000 attended more than 100 events at 50 venues over eight days.

“Science is useful; it powers tomorrow’s technology and economy. It’s also exemplary; it models how people can blend creativity, experiment, and reason to solve complex problems. And, though perhaps we don’t focus on this enough, like great music or sculpture, it has an exquisite beauty to it,” said Goldbart.

He also noted that the ASF is a dynamic way to excite Atlantans about science and help them develop an appreciation of it.

“If, along the way, more school students explore more science — and even come to Georgia Tech — well, that’s another terrific benefit for them, for society, and for Georgia Tech as well,” Goldbart said. 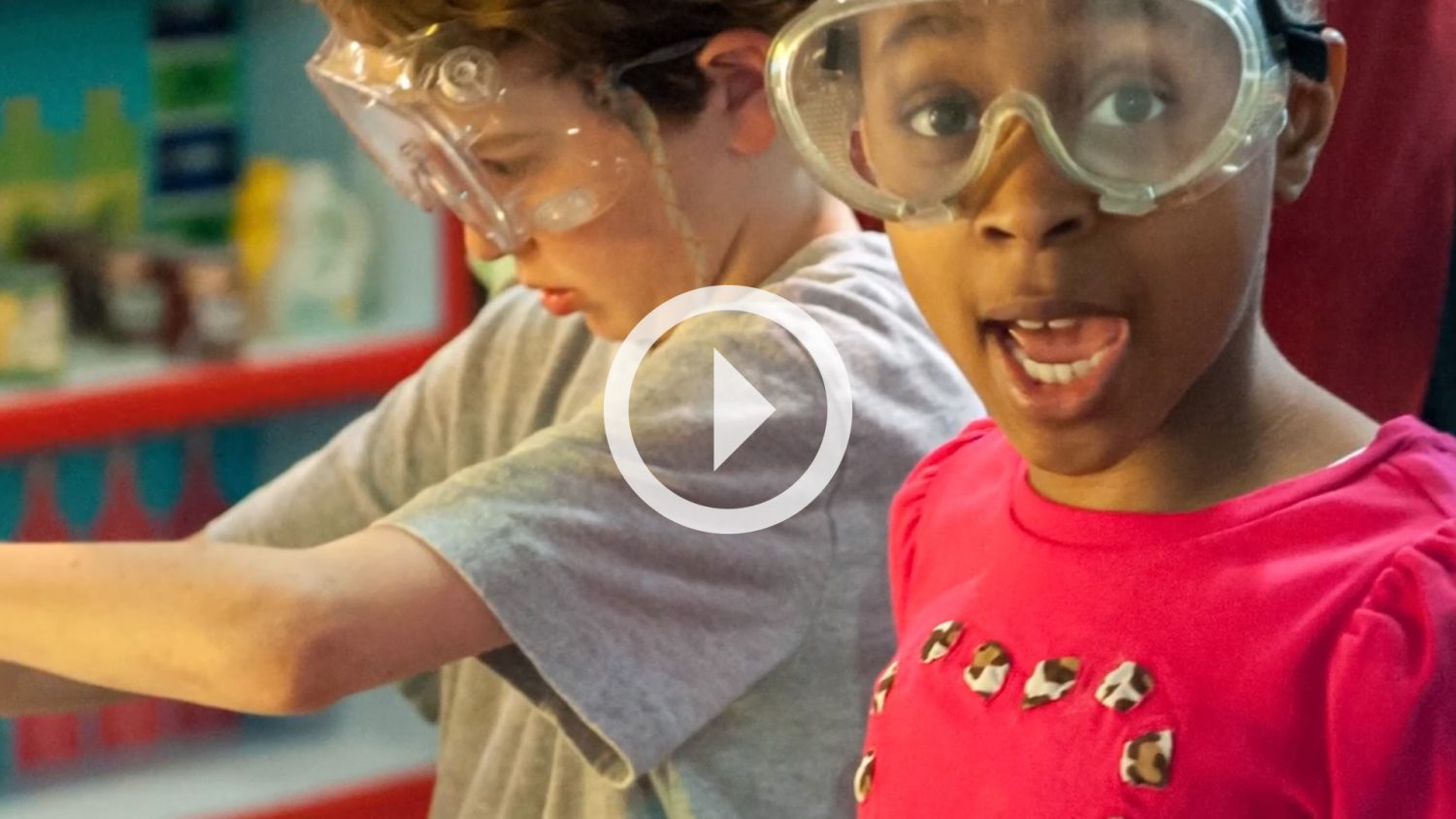 Apart from helping develop ASF events, Georgia Tech sits on the ASF Advisory Council and has faculty and staff involved in the communications for the festival. While there were 10 Georgia Tech events in the inaugural version of the ASF, this year there will be twice as many. Georgia Tech will also have more than 20 booths at Exploration Expo, the street carnival component of the ASF. 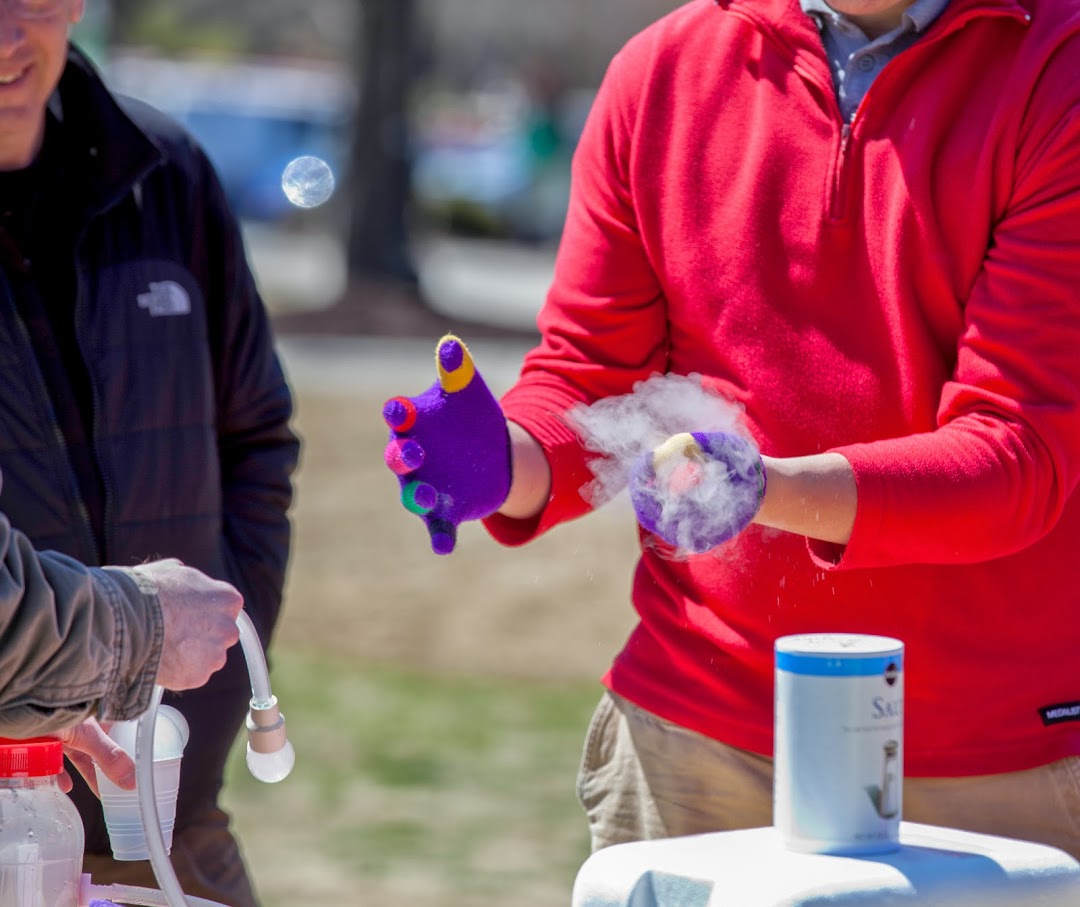 Chemistry on Tech Green at the 2014 Atlanta Science Festival.

Leavey, who is also a member of the science rock band Leucine Zipper and the Zinc Fingers, which debuted at last year's Exploration Expo, said planning for such a large presence was somewhat easier this time around, given that it’s the ASF’s second year.

“Because application and approval procedures were already in place, it all went more smoothly,” she said. “We learned from last year and know better what to expect from 16,000 people passing through the Exploration Expo. Our expo exhibitors are prepared now to reach more people more easily, and we are hoping to engage more of Atlanta by spreading events earlier in the week around town.”

The Georgia Tech events will be taking place at various venues on campus, in Midtown, and Decatur; the Exploration Expo will be held at Centennial Olympic Park.

What’s All the Buzz about Nanotechnology?

10 a.m. – noon
Georgia Tech’s Institute for Electronics and Nanotechnology will host a session for visitors to see what happens in a cleanroom, where they’ll learn about the exciting research happening at the nanoscale.

Creating and Managing Maker Spaces and STEM Labs in Schools: A Teacher Workshop

11 a.m. – 1 p.m.
This workshop will help guide teachers through the process of creating and managing a Maker Space/STEM Lab.

1 – 2:30 p.m.
This panel discussion, which will include input from policymakers, academic professionals, and experts from law enforcement and biotechnology companies, will examine the possible benefits and risks of engineering the foundation of life.

7 – 9 p.m. at Synchronicity Theater
What if Conan O’Brien had a Ph.D. in molecular biology? What if Copernicus were funny? Come see the premier science-based talk show! Science. Comedy. Music. Entertainment.

6:30 – 8:30 p.m.
This will be an interactive evening highlighting local advances in sports science and technology, and promoting concussion awareness and sports safety.

7:30 – 9:30 p.m.
Courtesy of the NSF/NASA Center for Chemical Evolution and Public Broadcasting Atlanta, the cabaret-style Story Collider will present personal stories about how science has affected people’s lives.

A Celebration of Light, Gravity & Einstein

6 – 8:30 p.m.
Employing film and two short presentations, this program will take a look back at how our current understanding of light has emerged over the past 1,000 years and a look forward at how an ingenious gravity telescope may soon provide a completely new way to observe the universe and understand its most violent and energetic phenomena.

6 – 8 p.m.
The finals of this Georgia Tech-based competition will feature five students sharing their knowledge and passion in short talks that answer the question: “Should the U.S. government reallocate money from the Department of Defense to scientific research?”

Memory Dynamics, at the Interface of Neuroscience and Art

7 p.m.
Audrey Duarte, associate professor in psychology, will delve into the human memory in a public lecture accompanied by an interactive visual presentation.

7 – 9 p.m.
This session will be a pub quiz all about science, developed by Georgia Tech science graduate students.

The Buzz on Bees

7 – 9 p.m.
This event, sponsored by the Metro Atlanta Beekeepers Association and the Georgia Tech Urban Honeybee Project, will feature the fascinating world of honeybee genetics.

6 – 9 p.m.
With lab tours, interactive demos, and discussions with scientists, this open house will showcase advances in earth, ocean, atmospheric, and planetary sciences.

How Not to Be Wrong

7 – 8 p.m.
The math we learn in school can seem like a dull set of rules, not to be questioned. In this session, Jordan Ellenberg will show how wrong this view is. Math touches everything we do, allowing us to see the hidden structures beneath the messy and chaotic surface of our daily lives.

Real-Time Environmental Data through Sight and Sound: An Analysis of Decatur

Noon – 4 p.m.
What does the pulse of a major pedestrian area in the metro region sound like? Georgia Tech computer scientists and musicians placed a system of sensors in Decatur to collect real-time data about environmental conditions and human activities and influences, and will share that data through both visualizations and sounds.

7:30 – 9:30 p.m.
Bringing you science like you’ve never seen it before, this science spectacular will feature the rock and roll styling of the world’s first genetically modified rock band, Leucine Zipper and the Zinc Fingers.