For many undergraduate students at Tech, the Commencement ceremony on May 6 marks the beginning of an exciting transition from full-time college student to full-time employee.

Georgia Tech is known for launching the careers of its graduates, and with a Tech diploma in hand, the possibilities are endless. Read more about where these graduates plan to work after graduation. 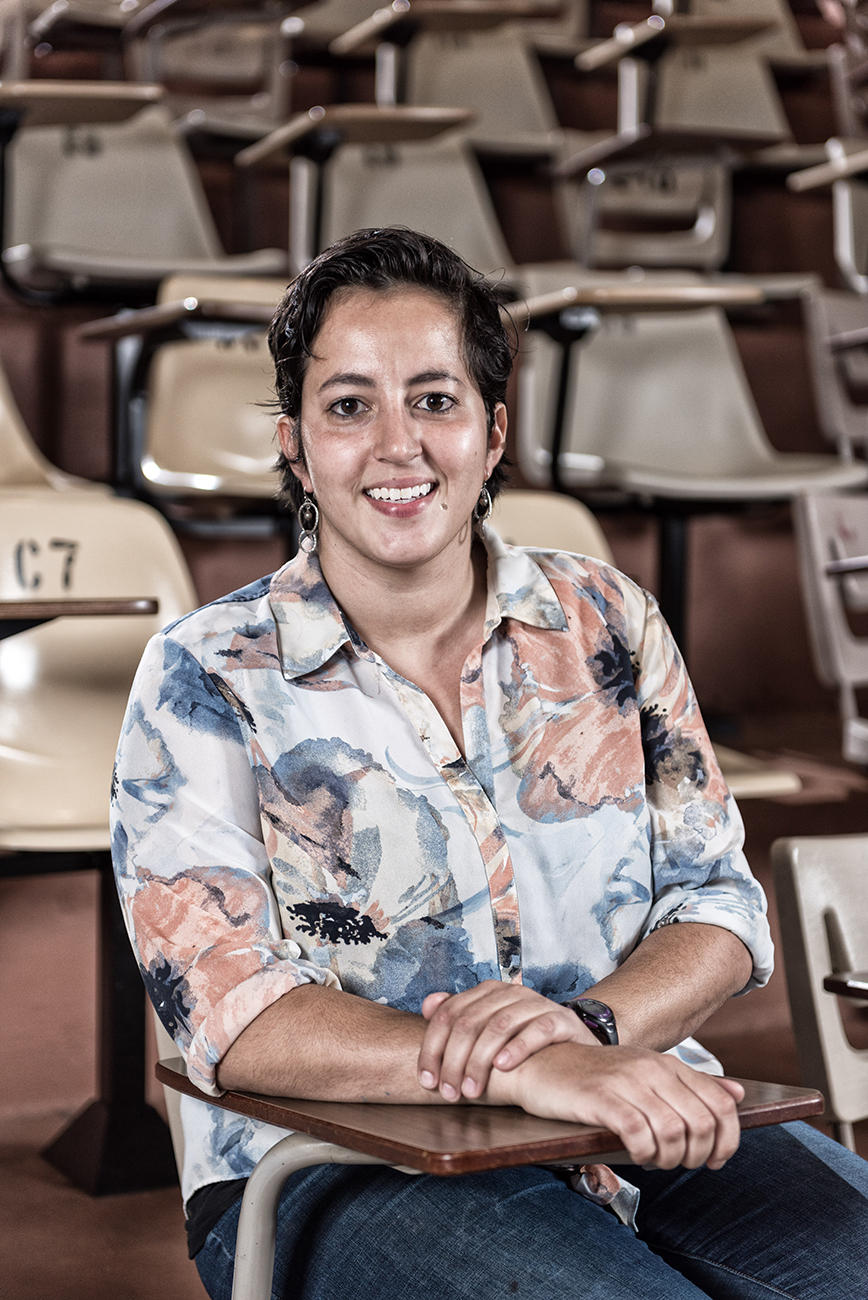 Fifth-year aerospace major and industrial design minor Christine Gebara plans to work full-time at the NASA Jet Propulsion Lab in Pasadena, California. Gebara is no stranger to her future workplace. During her time at Tech, she completed a co-op with NASA.

“From my co-op experience, I realized that I was very excited about working on the projects that NASA provides,” she said. “I love the ambition of the missions that I have been able to and will get to work on. They push the boundaries while staying just within reach of accomplishment.”

Gebara was surprised to find her co-op through the Institute of Industrial and Systems Engineers’ career fair. “It’s important to research and know specific details about the company you’re interested in,” she said. “When I saw that NASA was attending the career fair, I knew I had to be there, too. It impresses a company when you can talk intelligently about their projects and have an idea of how you will contribute to their goals.”

Gebara found that her undergraduate research experience directly prepared her for work. For the past two years, she’s worked on Prox-1, Georgia Tech’s first satellite mission.

“The mission will demonstrate automated safe trajectory control during proximity operations for on-orbit inspection,” she said. “Passive, image-based observations will be used for the navigation and closed-loop attitude control of Prox-1 relative to LightSail-2.” 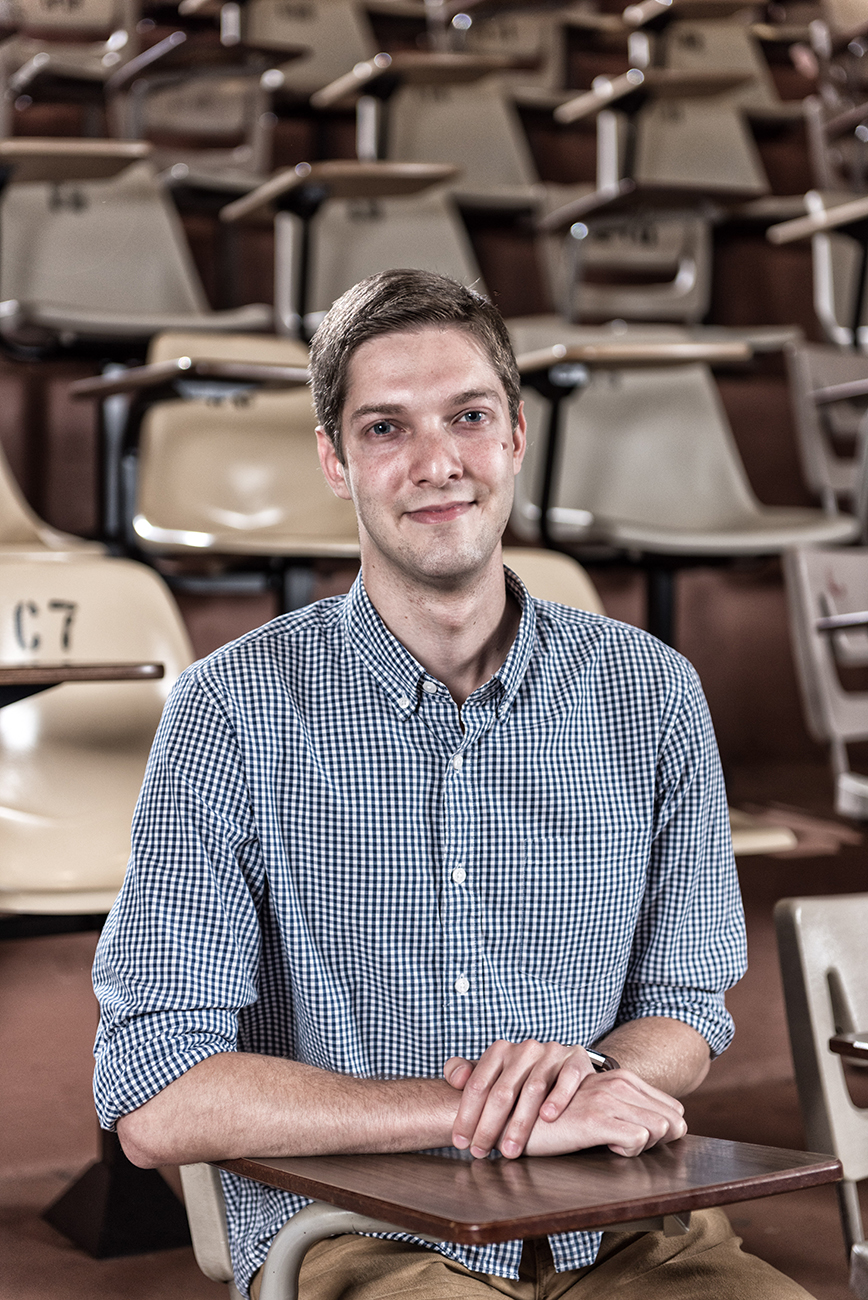 Fifth-year computer science major Mitchell Kelman is headed to work as a mobile developer for POSSIBLE Mobile in Atlanta after graduation.

Coming in as a transfer student, Kelman found that Tech’s environment jumpstarted his career.

“Career fairs at Tech are taken seriously, and great companies show up,” he said. “It was an eye-opening experience for me. I realized that Tech students are truly in high demand.”

Kelman worked as an intern for POSSIBLE Mobile after the summer of his first year at Tech, as well the following summer. He found the opportunity at a career fair.

“I really appreciate smaller companies and startups,” he said. I don’t think students should limit themselves to the ‘big names.’”

During his time at Tech, Kelman got broad experience with startups. He worked as a mobile developer for TEQ Charging, a finalist in the 2016 InVenture Prize competition. Getting experience with both an established company and a fledgling startup has given him a taste of the advantages and disadvantages to both.

“A big difference between POSSIBLE and TEQ Charging was the amount of collaboration,” he said. “At POSSIBLE, we do code reviews where everyone can come together and collaborate. In a startup, there’s more pressure on each individual, but it can be very fulfilling in the end.”

Kelman has learned that being able to iterate quickly is vital in the tech world.

“Through my past experiences, I’ve learned the value in knowing your product, fixing problems quickly, and being able to present to people,” he said. He hopes to stay involved in startups as either a mentor or developer. 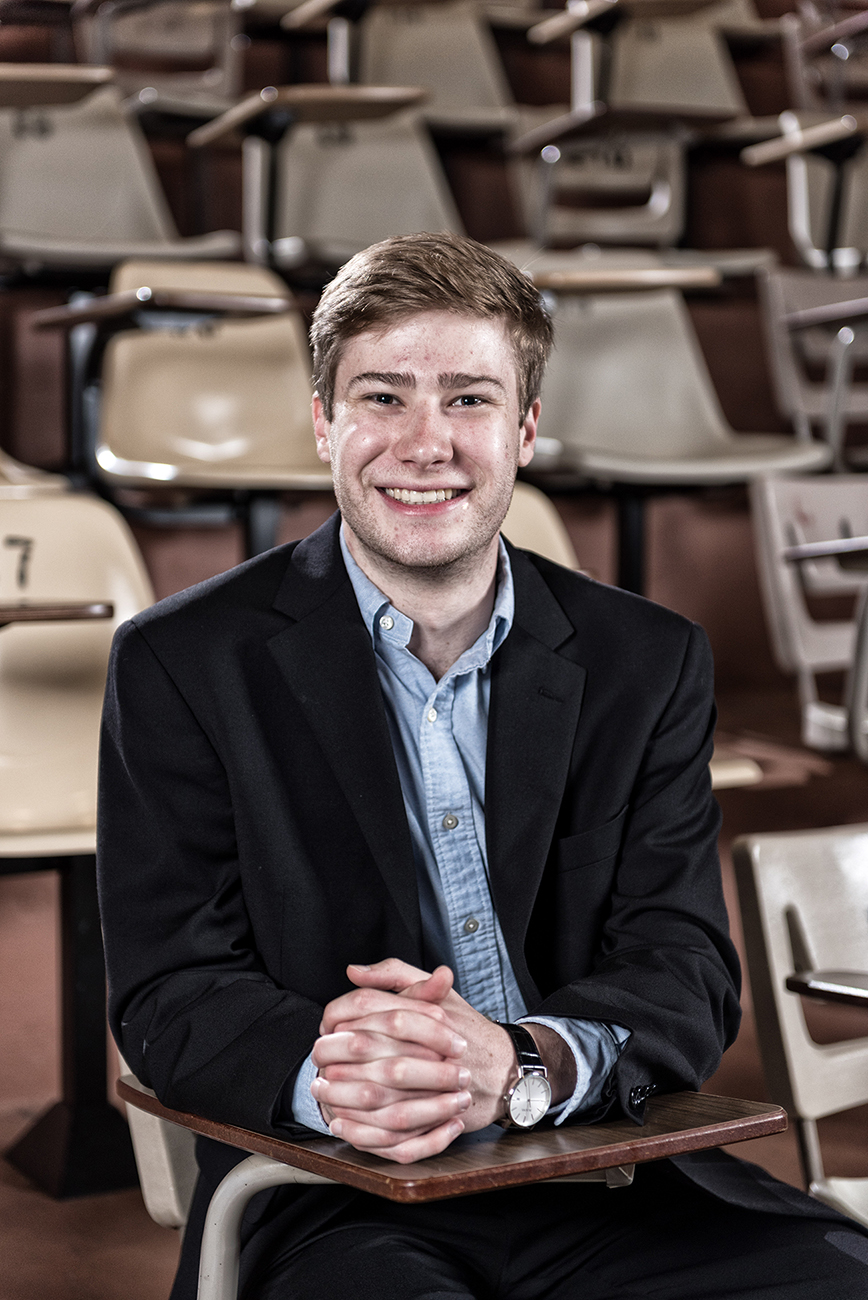 Fourth-year business administration major Sean Flynn will move to New York City after graduation to work at JP Morgan. Flynn feels he is well-prepared for the transition to full-time work — during his four years at Tech, he interned with four different companies — and looks forward to using his experience in post-graduation employment.

“Each internship taught me something different,” he said. “I remember how nervous I was before the first day of work at my first internship after freshman year. That summer, I learned the basics of finance, and each internship thereafter further developed my skillset. By my fourth internship, I was much more confident and knowledgeable.”

Flynn was offered a chance to leave school and begin a full-time position before the start of his third year at Tech. He struggled with the decision but chose to finish his degree and does not regret his choice.

“Tech has taught me how to be comfortable in uncomfortable positions,” he said. “It has pushed me to become a better communicator, student, and person.”

Flynn has dreamed of working in New York City since high school and is excited to accomplish one of his major goals. To students looking for work experience, he said, “Reach out to alumni. They are willing to help you, keep you on track, and make sure that you’re following the right path." 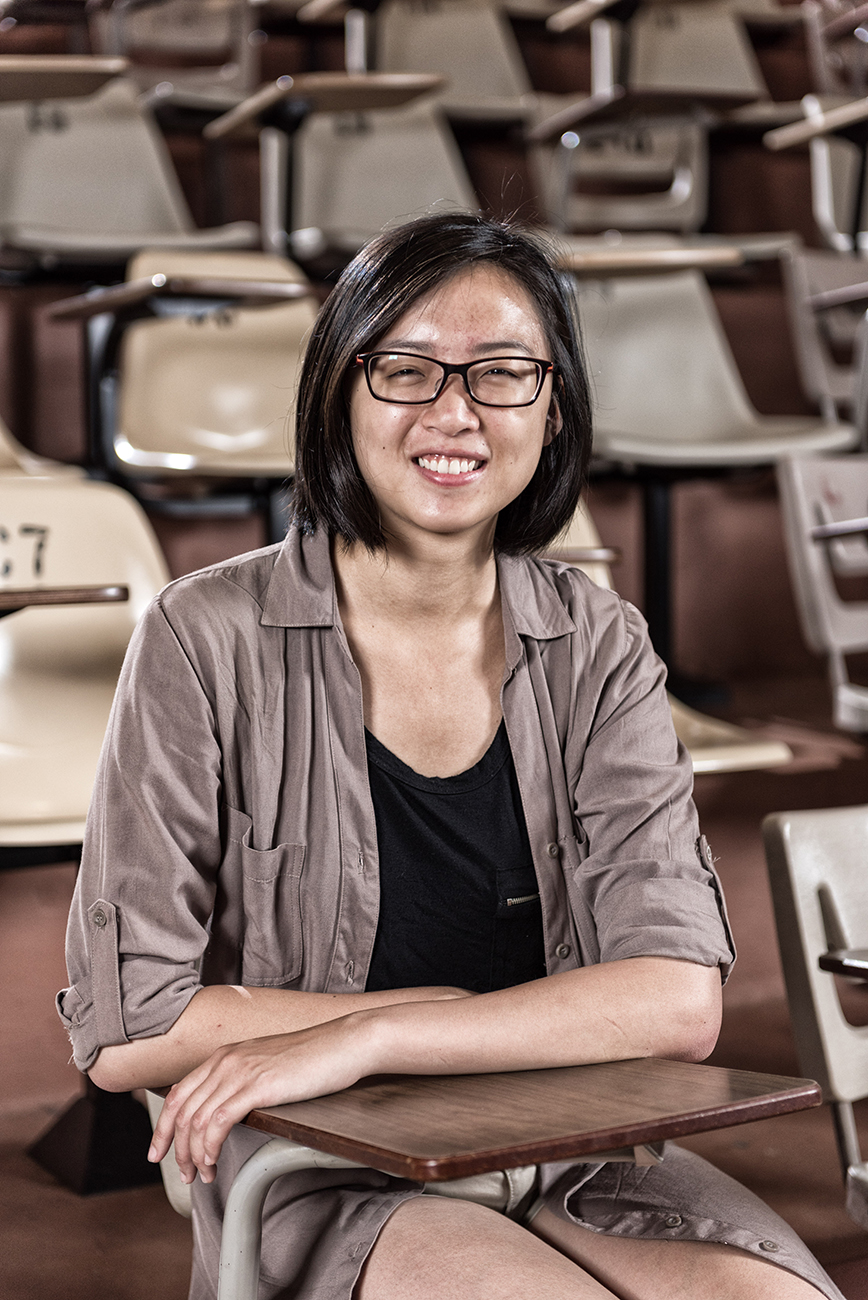 Fifth-year industrial and systems engineer Amanda Hui is headed to Seattle, Washington, to work for Microsoft as a program manager. Hui did a summer internship with the company as a student, as well as a co-op with The Coca-Cola Company.

“Even though I won’t directly use my industrial engineering knowledge, the problem-solving skills I’ve learned at Tech will help me every day,” she said.

Hui has found that confidence is key during the job search.

“A lot of Tech students have ‘imposter syndrome,’” she said. “In such a competitive environment, they feel like they’re not smart enough. It’s important to realize your capabilities and go into job experiences knowing your worth.”

Hui is looking forward to the laid-back atmosphere of a technology company, and having worked at Microsoft last summer, she knows what to expect when she moves to Seattle in August.

“I’m excited to start fresh and begin work in a new city,” she said. “I believe that Tech has prepared me for anything. There were times when I felt discouraged, but I am so grateful for every experience I’ve had at this school because it has molded me into who I am today.” 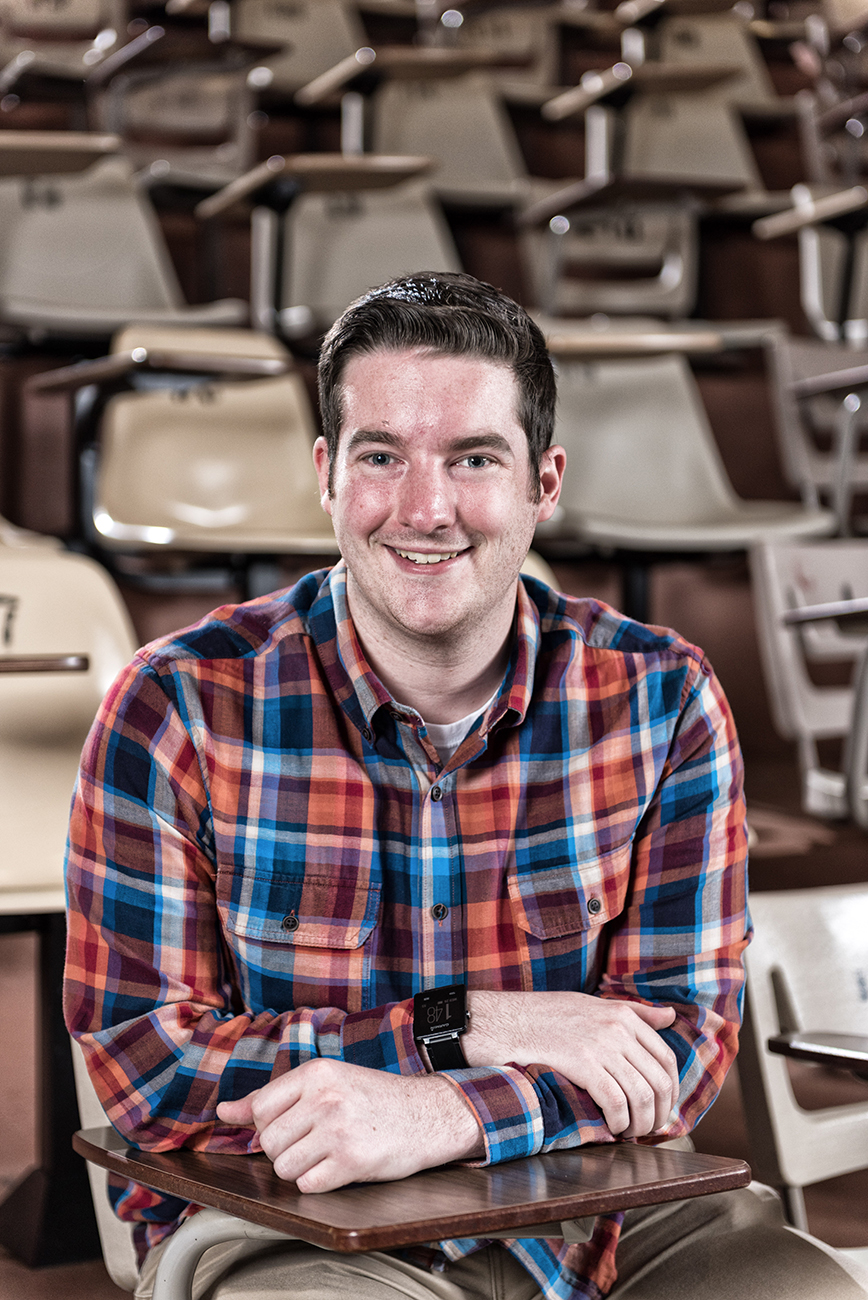 His preparation for the world of full-time work included co-oping with the Georgia Tech Research Institute (GTRI) and interning at Ford Motor Company.

“I worked for three terms at GTRI with a team of about 10 people,” he said. “It was nice to work with Tech students in a small environment. The program at Ford had over 800 interns and was more structured.”

Lawrence attended career fairs and used CareerBuzz during his job search. He recommends that students make an effort to apply to companies that may not have been on their radar.

During his time at Tech, Lawrence found value in the unexpected.

“I co-oped, switched my major from electrical engineering, and became the general manager of WREK radio — all things I never planned on doing,” he said. “I’m sad to leave Tech, but I’m very happy with my experience.” 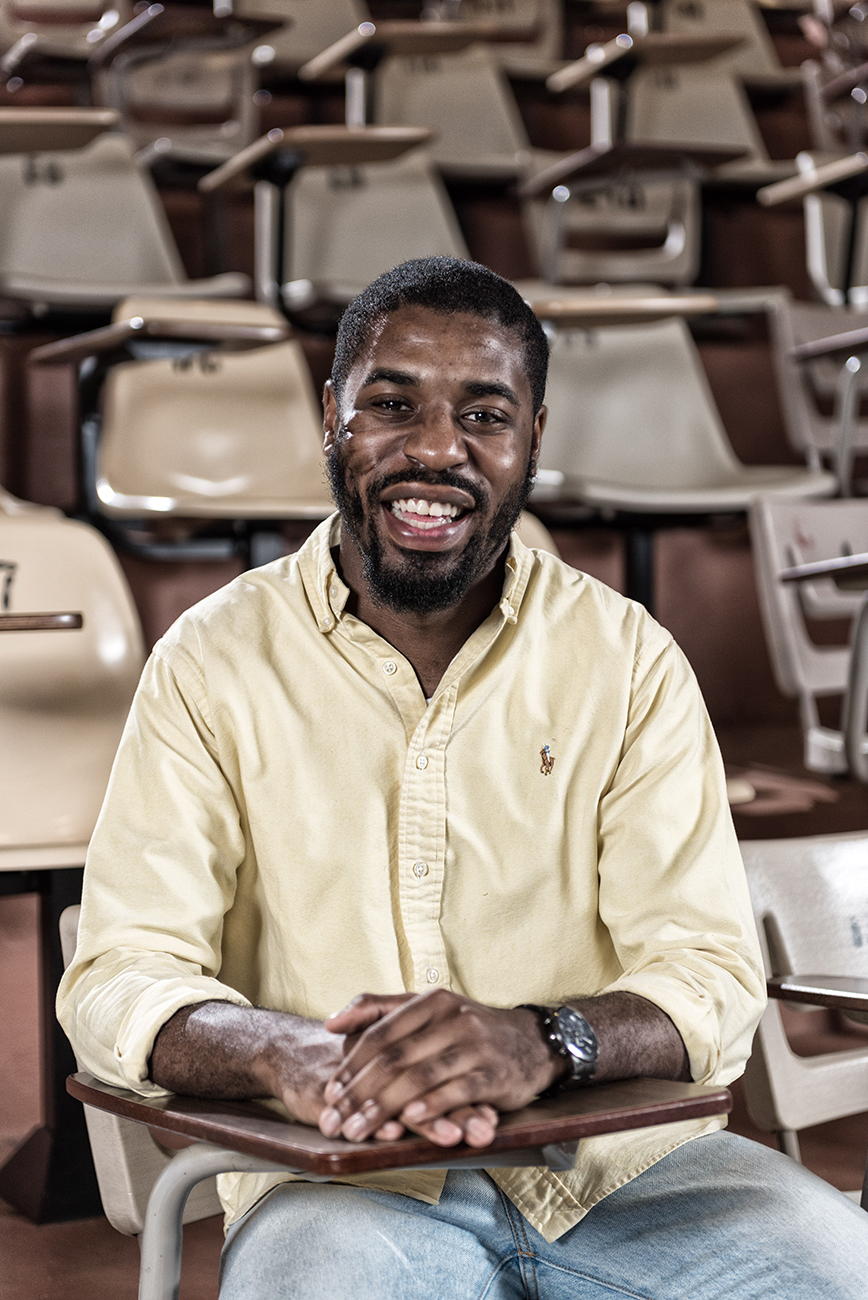 Fifth-year mechanical engineer D’ Andre Waller will stay in Atlanta after graduation to work for Accenture. His participation in the Denning Technology and Management Program helped him find his career path to the management consulting company.

“After joining the Technology and Management program during my third year, I realized my interests were shifting from mechanical engineering to business,” he said. “I’m passionate about employing advanced technology to save time and money.”

Waller has worked both on and off campus with OMED, General Motors, and Boeing. He found the National Society of Black Engineers (NSBE) to be a great resource for job searching, particularly through networking opportunities.

“It was nice to talk to recruiters in a casual environment and develop my networking skills,” he said.

Through his college experience, Waller realized that student leadership and a professional career go hand in hand. The skills he has gained through Student Ambassadors, NSBE, and Diversity Ambassadors have helped him in the workplace.

“I feel very prepared to work,” Waller said. “I’m ready for a structured schedule, and I look forward to continue learning and growing in a different arena.”