This is the fifth installment of a yearlong series about women at Georgia Tech. See the full series.

Tech alumna and Savannah native Casey Aultman has spent the past five years in the Office of Government and Community Relations doing her part to strengthen the Institute’s legislative advocacy and its reputation among state lawmakers.

As the director of State Relations, she has been the face of Georgia Tech to the state's legislators. And it was, as it turns out, a fairly straight line from her undergraduate days as an international affairs major to the halls of legislative power and decision-making downtown.

During college, Aultman held two internships there, and she “fell in love with the legislative process and caught the ‘state government bug.’ I decided that when I graduated, I wanted to stay in Georgia, stay in Atlanta, and try to keep working at the state capitol.”

She calls working for her alma mater “a treat. It has been so special to me, especially right after college, to continue working for a place that I love.” A place that, in her words, was where she “really discovered who I was, and where I came to be a professional.”

From January through the end of March or early April, when the general assembly is in session, Aultman spends most of her days at the capitol, meeting with people and monitoring Georgia Tech’s interests — from budget priorities to legislation that could have an impact on students, research, or any part of the Institute.

And during the interim, while the general assembly is adjourned, she and her colleagues travel around the state, meeting and talking to people in the districts where they live and work. They also do as much hosting on campus as they can. “We like to bring our budget staffers to campus, our higher ed chairman, any legislator at all,” Aultman says. “We want them to see our campus firsthand to know the impact that the state dollar has on Georgia Tech.”

Aultman talks about her work in state relations for Georgia Tech. 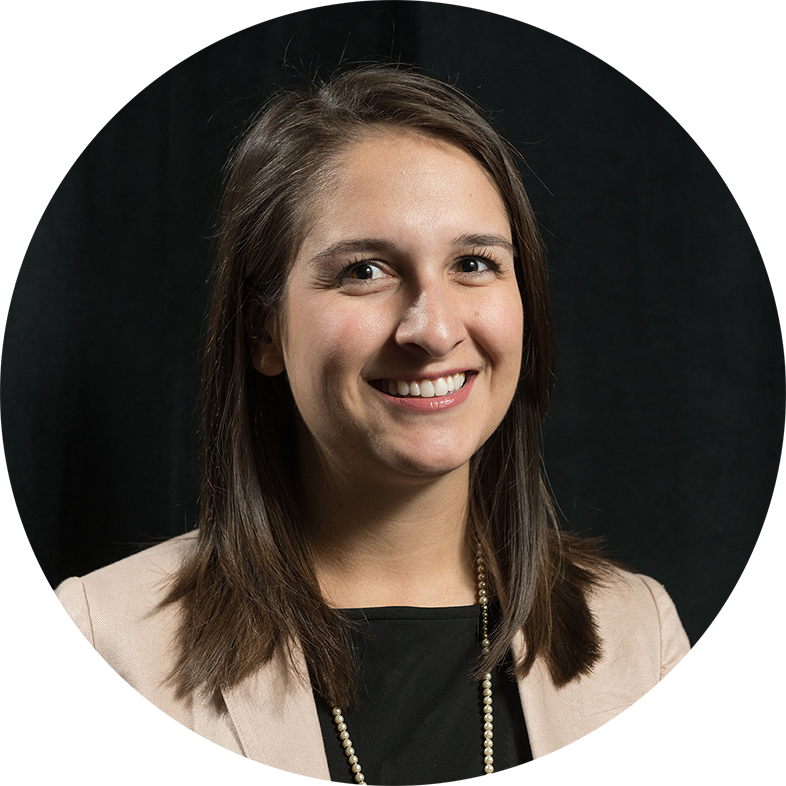 “Having a seat at the table and being inspired by fellow women on campus. I think that Georgia Tech is such an innovative place that, no matter who you are, if you’ve got a solution or a grand idea, that’s going to be heard. I feel that every day at Georgia Tech, and I did as a student as well.

I have also really appreciated the women who are in leadership roles on campus — the researchers, the faculty, the staff, and also the students. Our women students are absolutely inspiring to me.

I don’t feel like we are a different subset. I think we are right there, charting our own path, and I am proud to be a part of that.”

Editor’s note: Beginning Jan. 16, Aultman will begin a new position as executive director of Government Relations for the University System of Georgia. In that capacity, she will continue to work with members of the Georgia Tech community and the other 25 public institutions of higher learning in the system.