"While we as scientists continue to embrace discovery science, we need to more fully embrace solution space." 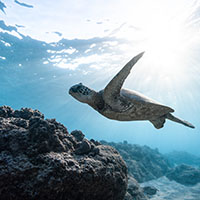 As a result of the OSE program’s progress, Georgia Tech has cast a wider net when it comes to all things ocean solutions, particularly in ocean research and technology across multiple disciplines, agencies, and organizations. “Because what we were trying to do with OSE was unique, there was no community out there to engage with us,” Di Lorenzo explains. So he set out to create one — one that recognized the value in transforming research into real-world solutions, and one where scientists could “share, and get recognized themselves.” 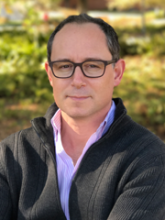 In 2019, Di Lorenzo founded Ocean Visions, a consortium of leading academic and oceanographic research institutions working with private sector and public interest organizations, such as Georgia Tech, the University of Georgia, Stanford University, the Scripps Institution of Oceanography, the Woods Hole Oceanographic Institution, The Smithsonian Institution, and The Georgia Aquarium. “Georgia Tech believed in this initiative and gave me funds that, without, Ocean Visions wouldn’t be here,” he says. In 2020 alone, Di Lorenzo and Ocean Visions partners raised funds from a host of foundations such as ClimateWorks Foundation, Grantham Environmental Trust, Schmidt Marine Technology Partners, and The Builders Initiative. “Now, we have a staff.”

Our researchers are working to identify, mitigate, and even reverse the effects of climate change on the world’s oceans. The upcoming Ocean Visions Summit brings together leading research and academic institutions to tackle these challenges.

“Georgia Tech is one of our closest partners in both research and education, which are key parts of our mission,” notes Alistair Dove, vice president of Science and Education at The Georgia Aquarium and an adjunct associate professor in biological sciences at Georgia Tech. “It’s exciting watching the Ocean Sciences and Engineering program come together — and to see it focusing on translating academic science into practical solutions for the grand challenges facing the planet.”

Ocean Visions has established several task forces, and offers a number of workshops and programs on a variety of ocean system challenges, such as ocean-based carbon dioxide (CO2) removal and coastal solutions for climate resilience and adaptation. The organization also hosts a biennial, multiday summit. This year’s summit, “Towards a Global Ecosystem for Ocean Solutions,” takes place virtually across four continents May 18-21, and will feature a multisector community of researchers, innovators, decision-makers, and funders.

Ocean Visions is also working to solve the problem of fragmentation and lack of coordination in the “blue economy,” Di Lorenzo says, which is a segment of the “ocean solutions sphere” populated by investors and venture funds. “Ocean Visions is trying to put the thought leaders and the researchers center stage — to be key actors in this landscape in a way that is intentionally focused on solving the big problems.”

An Outgrowth of Ocean Science and Engineering

“Ocean Visions is a direct outgrowth of OSE and a natural extension of the way of doing business at Georgia Tech — which is to work through partners to build capacity and think about how you can direct that capacity toward solutions,” says Kim Cobb, Georgia Power Chair, ADVANCE Professor in the College of Sciences, and director of the Global Change Program at Georgia Tech. “It really is an embodiment of the Georgia Tech way — but at a level that has become something of national prominence.”

Recently, Ocean Visions caught the attention of the United Nations Decade of Ocean Science for Sustainable Development, an initiative that runs from 2021 to 2030 and seeks to “provide a ‘once in a lifetime’ opportunity to create a new foundation, across the science-policy interface, to strengthen the management of our oceans and coasts for the benefit of humanity.” Ocean Visions is now working with the United Nations “with hopes to open a center for ocean solutions,” says Di Lorenzo. 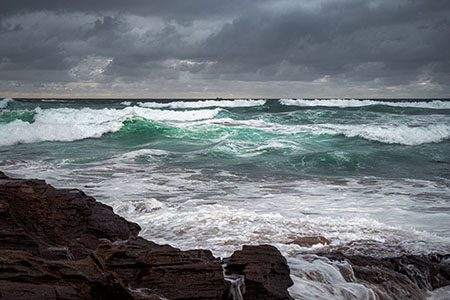 Several years ago, Cobb partnered with Russ Clark, a senior research scientist in Georgia Tech’s School of Computer Science, to develop a technology that could collect sea level data cheaply using an internet-enabled network of sensors. Officials from the City of Savannah, Georgia, and the Chatham County Emergency Management Agency worked with Cobb and Clark from the beginning, keeping the team’s focus on high-priority challenges for the community.

Since then, a number of Georgia Tech scientists and engineers — including Di Lorenzo, whose research interests include coastal climate modeling — have worked together on Georgia Tech’s “Smart Sea Level Sensors” project to install dozens of sensors across Chatham County, and to create a forecasting system to help with hurricane preparedness. Cobb also engaged Allen Hyde, an assistant professor in Tech’s Ivan Allen College of Liberal Arts, to explore how residents in historically black, low-income coastal communities in the area experience disasters like flooding, heat waves, and hurricanes. “We want to try and understand what disaster resilience means to these residents,”
says Hyde.

“The sea level sensor program is drawing from expertise across faculty and students here at Georgia Tech — to try to connect communities on the coast to concrete solutions that are as relevant today as they will be in the coming decades,” Cobb says. “This kind of translational capacity on the Georgia coast is new for Georgia Tech — and that, I think, is a model for other coastal communities on the front lines of sea level rise.”

The ocean covers more than 70% of the Earth and operates in a state of equilibrium with the atmosphere to regulate climate and CO2 levels. As a result, dynamics that affect the uptake of CO2 across the ocean surface affect global atmospheric temperatures. 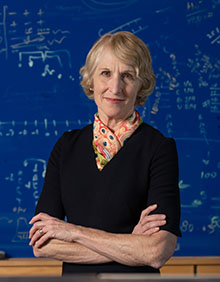 Lozier, who ( in addition to her duties as dean and AGU president ) studies ocean circulation and the impact of ocean physics on marine ecosystems, is currently leading the NSF-funded project OSNAP, the Overturning in the Subpolar North Atlantic Program. OSNAP is an international observing network with a necklace of ocean instruments — strung from Canada to Greenland to Scotland — measuring what’s commonly known as “the ocean conveyor belt,” explains Lozier. “The overturning circulation is a huge current system that drives regional and global climate.

“What happens if the overturning circulation slows down because the waters of the surface warm — or if they get fresher because there's more glacial melt?” Lozier asks. “If the ocean doesn’t take up as much CO2, that's a good news, bad news story.” Good news because less CO2 in the water means fewer adverse effects, such as ocean acidification, but bad news because more CO2 stays in the atmosphere.