Black History Month is a time to reflect on African Americans’ achievements and struggles. It’s also a time to highlight individuals who, today, are doing the work to make society more just and more inclusive.

This work is happening across Tech’s campus, by students and researchers who focus on race-related or antiracist technology and research, and by those who, simply by existing and thriving in spaces where they are underrepresented, are helping to bring about change.

Doing the Work introduces you to a few of the people who are making a difference in the Tech community and beyond.

School of Civil and Environmental Engineering • College of Engineering 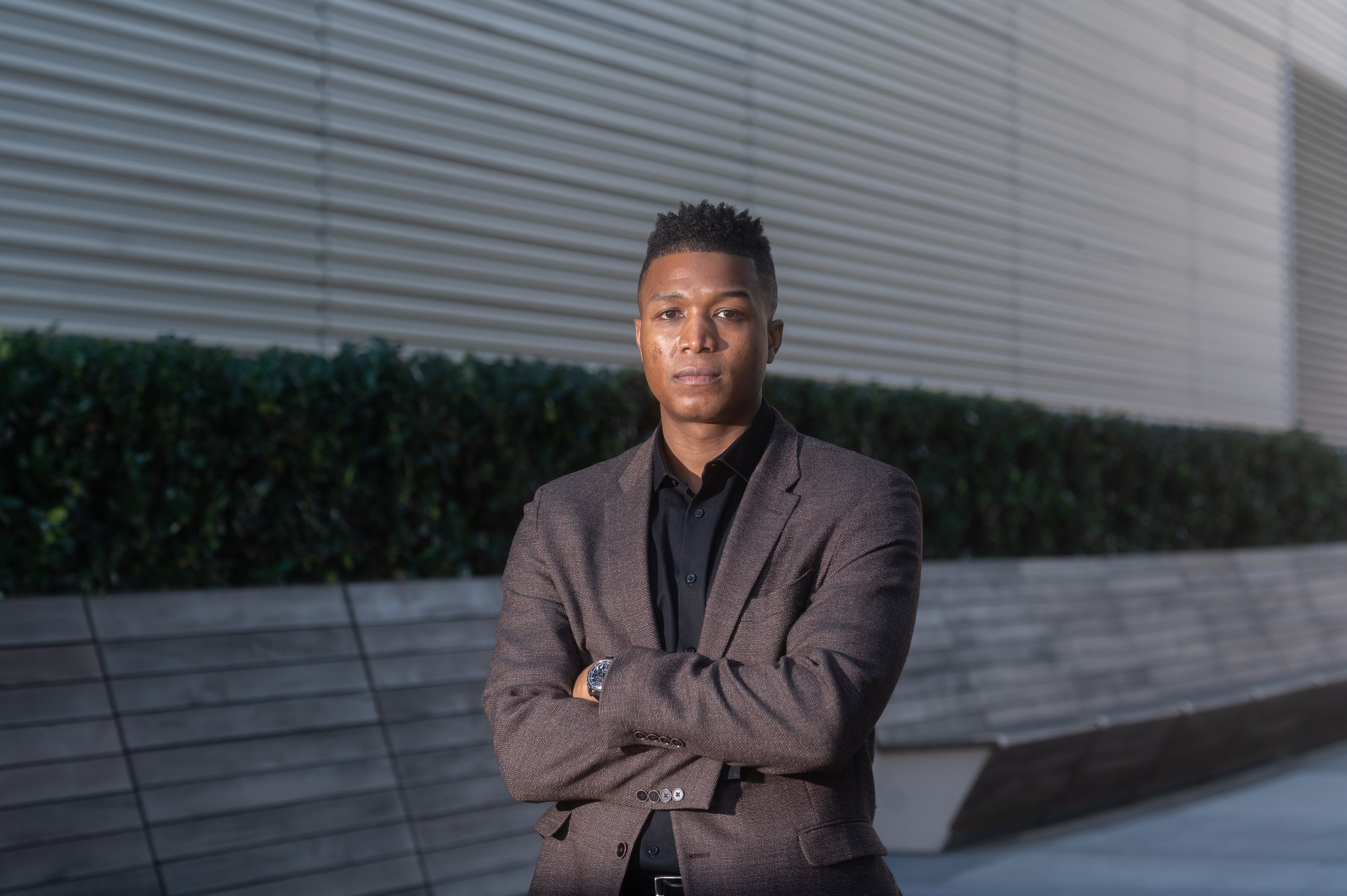 Inspired by early life experiences growing up in the inner city of Dayton, Ohio, Joe Bozeman was acutely aware of how the inaccessibility to healthy food, lack of economic freedom, and lack of neighborhood safety were linked to race and class.

Bozeman, an assistant professor, firmly believes that addressing climate change adaptation and mitigation in a manner that centers equity in food-energy-water systems will help society avoid some of the worst economic, social, and political outcomes. Developing solutions requires cross-disciplinary collaboration among scientists and community stakeholders, led by people who fully understand the systemically marginalized.

Through his research, Bozeman hopes to affect the broader public and scientific communities in meaningful ways. His goal is to see more environmental measures enacted into local, state, and even federal law to shift human behavior toward more environmentally friendly lifestyles.

The Design Bloc was founded in 2014, becoming a full-service design and consulting studio in 2017 with a mission to connect with the community beyond the boundaries of the firm. Using the “Think globally, act locally” approach, the Design Bloc connected on a project with the historically Black neighborhood of Hunter Hills in Atlanta.

Working with a local neighborhood provides challenges but also opportunities. To better understand and serve the community, the Design Bloc conducted 23 interviews, two walkarounds in the neighborhood, and multiple workshops.

“Truly getting to know who you’re designing for, their cultural values and beliefs, is both inspirational and challenging,” said Wayne Li, Design Bloc director and James L. Oliver Professor in the Colleges of Design and Engineering.

The final logo chosen for Hunter Hills, nicknamed “Heritage,” combines visual references to each core value of the neighborhood. The Design Bloc will continue working to strengthen the bonds between the community and Georgia Tech while also helping teach community members design thinking and how it can empower them.

School of Earth and Atmospheric Sciences • College of Sciences 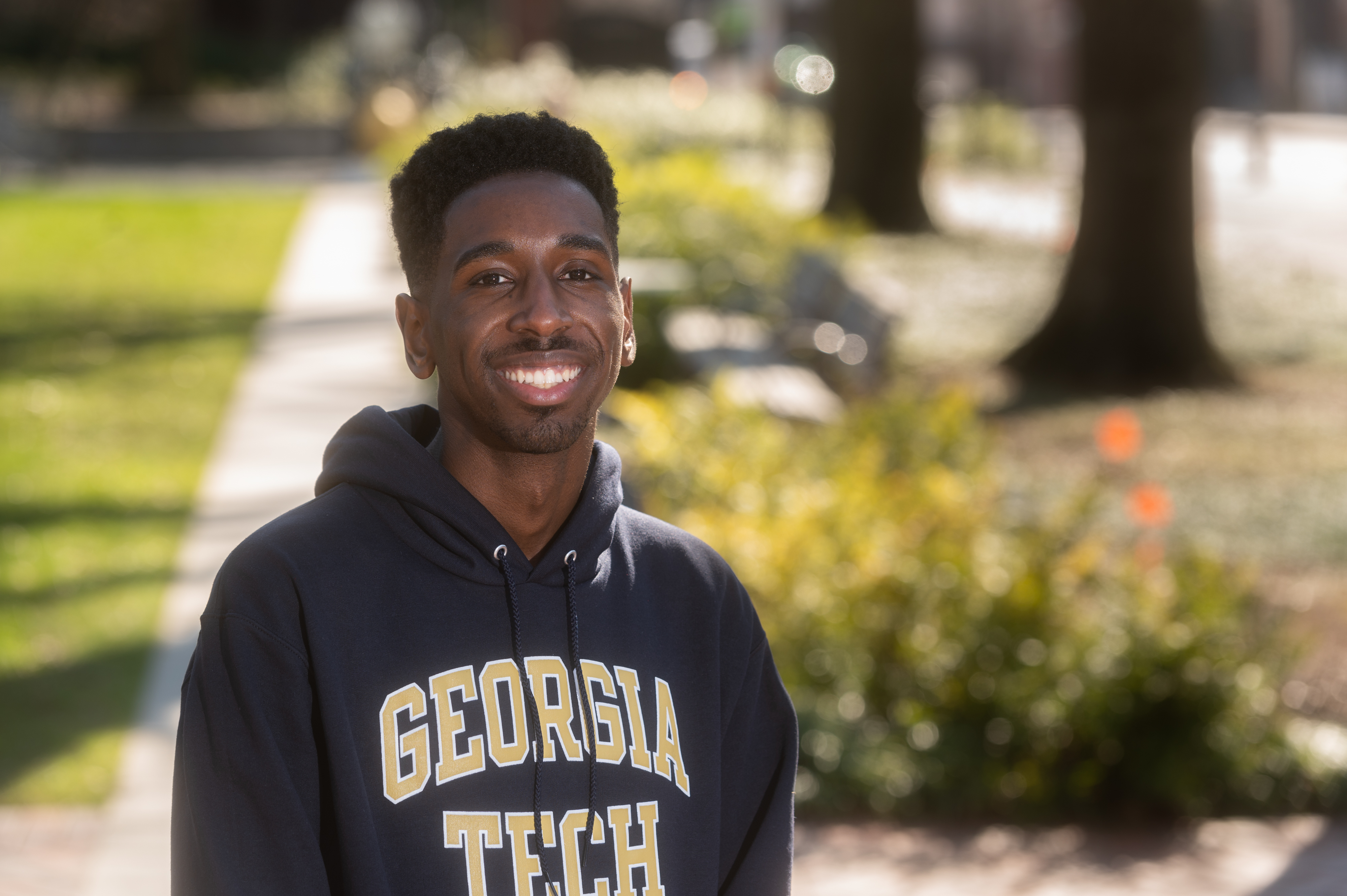 Dorien Minor is a fourth-year student currently enrolled in the B.S./M.S. program in the School of Earth and Atmospheric Sciences with a concentration in meteorology, and has academic interests in tropical cyclogenesis, numerical weather prediction, climate dynamics, and science communication. Minor is an active member of the American Meteorological Society (AMS) and is in his second term as president of Georgia Tech’s AMS Student Chapter, StORM Club.

As part of the Georgia Tech WxChallenge team, he was the top first-year/sophomore forecaster overall in the 2019-20 season and placed among the top 10 junior/senior forecasters nationally during the 2020-21 season. Minor is also a member of the National Society of Black Engineers, the African American Student Union, and the Association for Environmental Engineers and Scientists.

For as long as he can remember, he has always wanted to be a meteorologist who used his resources, research, and reverence to develop an innovative approach to the study of the changing atmosphere. Minor wants to continue to make a difference not only in his community, but also in the world.

“In meteorological fields, where minority representation is not as widespread as in other sectors, it is important for youth and students from traditionally underrepresented groups to see individuals who look like them in their respective careers,” he says.

Minor plans on completing his bachelor’s and master’s degrees while focusing on expanding his network. After that, he is eager to begin his career as a broadcast and forecast meteorologist in hopes of obtaining a position with The Weather Channel or The Today Show. Eventually he aspires to start his own meteorology and STEM-related broadcast network and teach students about the many, vast possibilities in STEM. You can follow @easfinesse on Instagram. 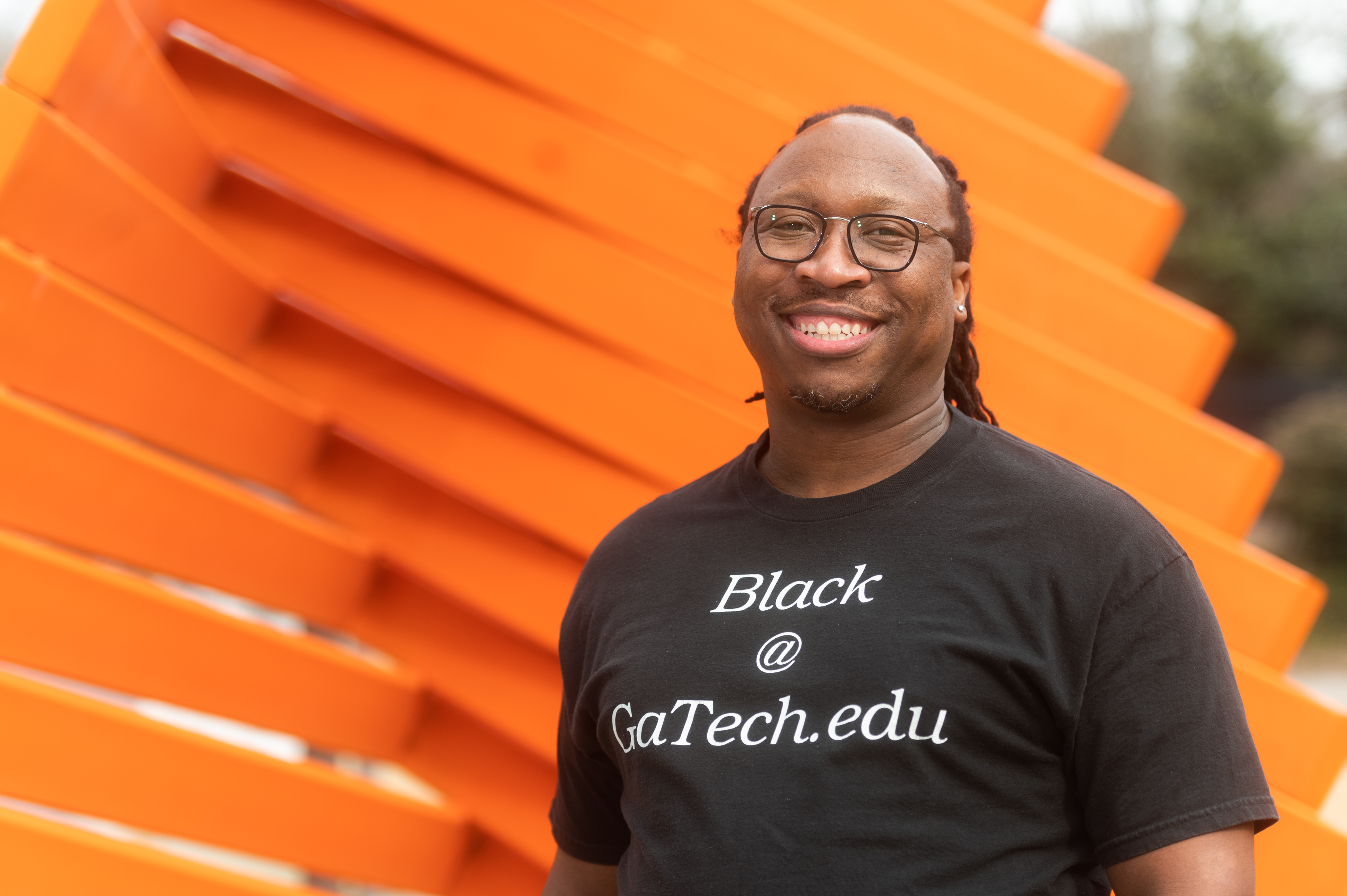 While earning his Ph.D., Manu Platt was shocked to learn that children with sickle cell disease are at increased risk of stroke, with 11% having a stroke by age 16 and at the greatest risk between ages 2 and 5. Learning that this was happening with a disease that mostly affected Black people in the U.S. — one in 400 African Americans has sickle cell disease — inspired Platt to help find solutions.

Through research, he hopes to identify new targets that are elevated due to the inflammation and damage caused by sickle cell disease — tools that can be used to prevent damage to the cerebral vessels where strokes could occur. He and Professor Ed Botchwey are also studying these mechanisms in the bones, as people with sickle cell disease are often subject to hip replacement surgeries by their late teens.

Platt believes all people living with sickle cell disease need access to better healthcare and options to improve their quality and length of life.

In addition to his research, Platt runs Project ENGAGES, which brings in students from Atlanta public high schools and pays them to work in Georgia Tech labs while training them to do cutting-edge research.

He also runs GT-ESTEEMED, an NIH funded program for first- and second-year students to prepare them to pursue doctorates in STEM fields. Both programs seek to change the face of what scientists and engineers look like and to open these career paths to everyone.

With the help of Lakeita Servance, his partner with both programs, Platt’s goal is to inspire a whole new generation of young Black and brown scientists and engineers who do not yet know the power and potential they have.

“It’s important for everyone to remember that diversity work is not charity work,” he says. “There are incredible solutions hiding out in people who were just not given the opportunity to be at the table to answer those questions.” 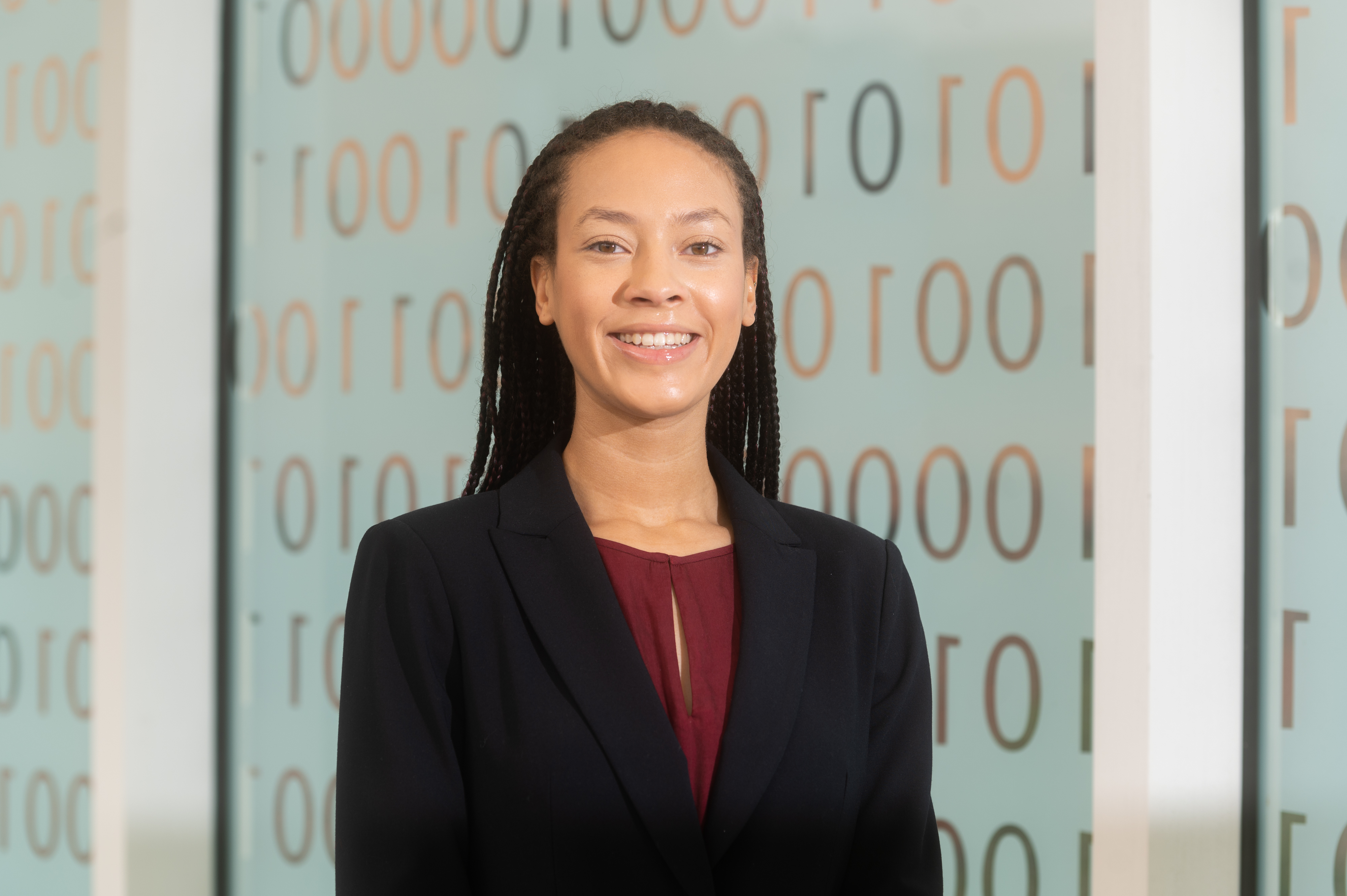 Now a third-year computer science major at Tech, Quinichett is the current co-president of Minorities @ the College of Computing (M@CC), an organization that strives to create a space where underrepresented people can feel comfortable and supported in their academic and professional pursuits in computer science. Traditionally, computer science is an overwhelmingly white male field, and M@CC provides targeted resources for academic and career development, as well as social support for students.

In her time studying computer science, Quinichett has routinely felt the isolation of being one of a small number of Black women in classes and at work. She decided to take a leadership role in M@CC so she could create spaces that alleviate the feeling of isolation. She credits M@CC for helping her professional, academic, and social development at Georgia Tech.

Quinichett’s long-term goal is to be a CEO for an influential technology company, aspiring to leverage the position and influence to increase the number of women and people of color in computer science. 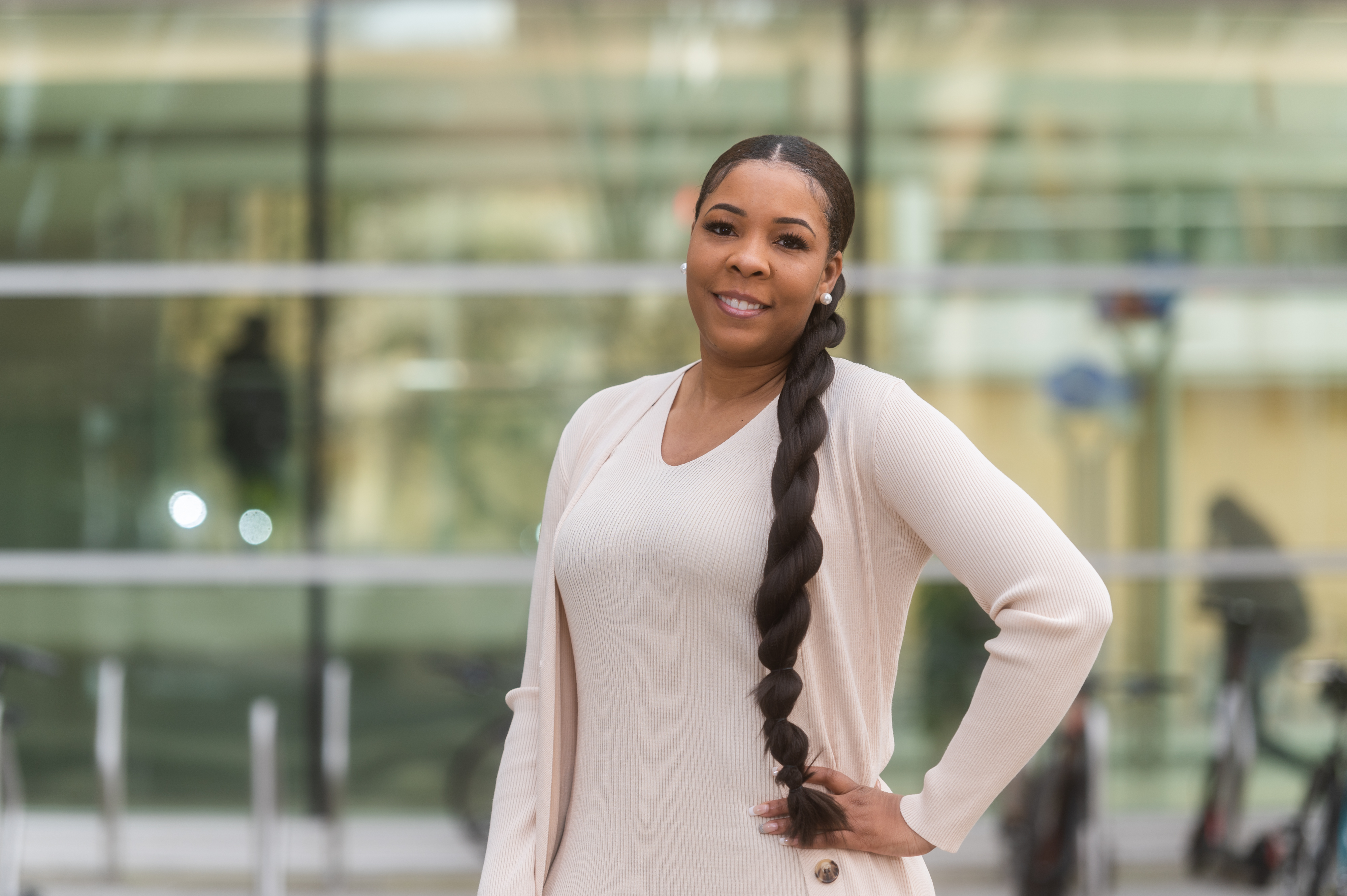 With a deep interest in race, gender, and organizational justice, Ph.D. candidate Natasha Reed has devoted her academic efforts to studying diversity, inclusion, and inequities and their root causes.

She recognizes that while many organizations have initiatives in place to tackle inequality, imbalances still persist. Through her research, Reed hopes to illuminate issues of inequities within organizations and make an impact on eliminating them.

“If I can have any part in balancing the scales of equity in an individual’s life, then my research will be successful,” Reed says.

In her teaching, Reed aspires to motivate students from nontraditional backgrounds to achieve greater success –– believing that young people should know their circumstances in life do not have to define who they are as individuals.

School of Electrical and Computer Engineering • College of Engineering

Growing up in Jackson, Mississippi, with her mom, sister, and grandmother, Nashlie Sephus was always encouraged to explore and learn how things work. After attending engineering camp for girls during the summer after eighth grade, Sephus was hooked, especially on computer engineering.

She earned both a master’s and Ph.D. in electrical and computer engineering from Georgia Tech, and currently works as an AI tech evangelist at Amazon. Sephus credits Tech for preparing her with the academic rigor of a top program.

After graduating, she created The Bean Path, an organization that brings STEAM education and skills to people from underrepresented communities. By introducing students to tech tools, she seeks to foster new generations and communities of diverse innovators.

In addition to her work at Amazon and The Bean Path, Sephus also co-founded KITT Labs –– a space for Black and brown engineers and scientists to feel “at home” and to collaborate and find their place in Atlanta’s tech ecosystem. As an engineer, Sephus constantly reflects on how to improve and raise the bar, crediting much of her success to her team and support systems. 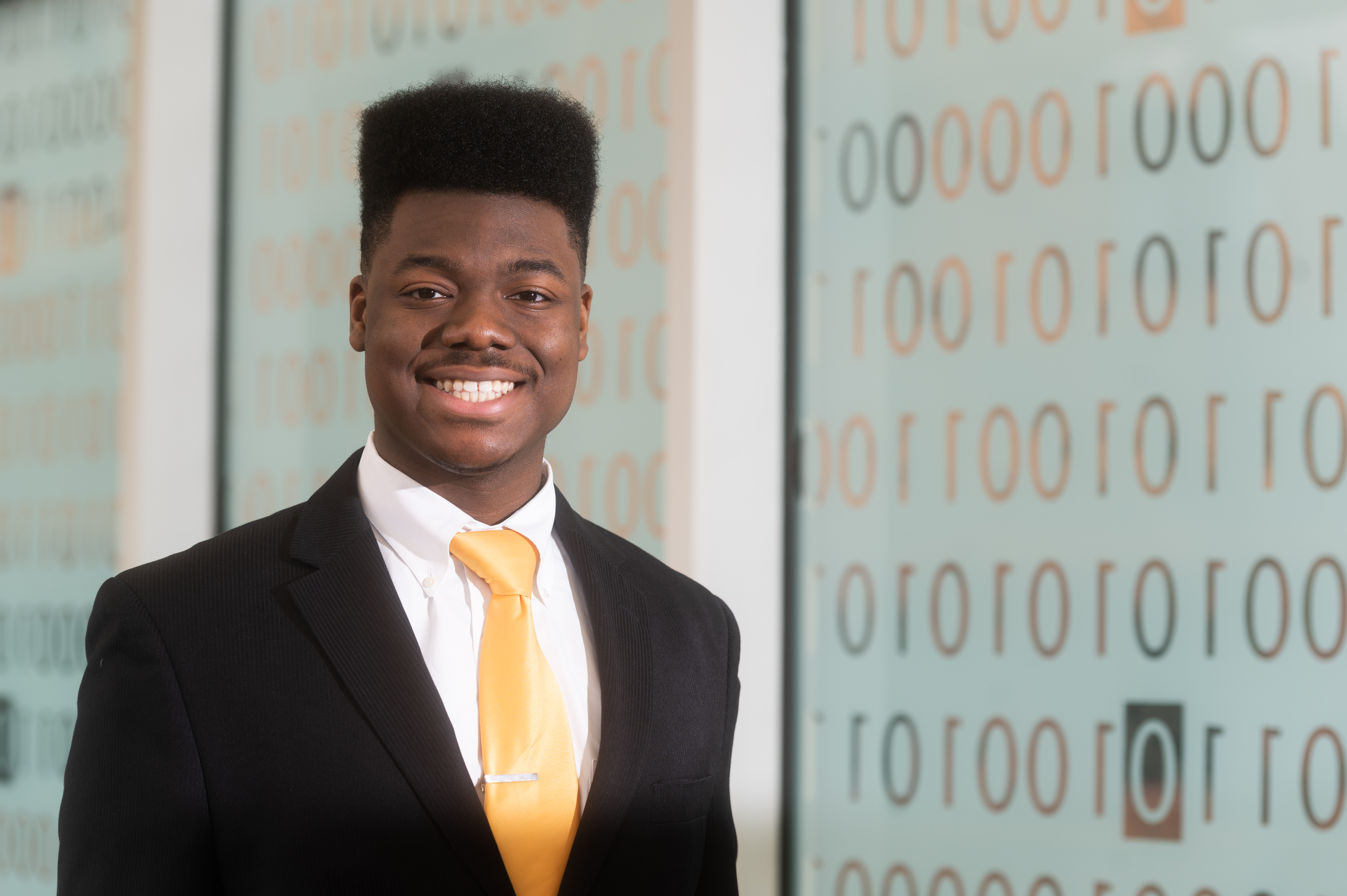 Growing up with a fascination about websites and applications from using his family’s desktop computer, Lawrence Williams knew that majoring in computer science was the best way to learn about a field that had always interested him.

He joined Minorities @ the College of Computing (M@CC) as a first-year student and currently serves as co-president. The group provides a space where underrepresented students can find resources and opportunities for career development and a peer support network.

Williams is still in the process of choosing his next career step, but hopes to settle in a place where he can express his creativity, advocate for accessible technology, and create growth opportunities for people of color in the tech world. 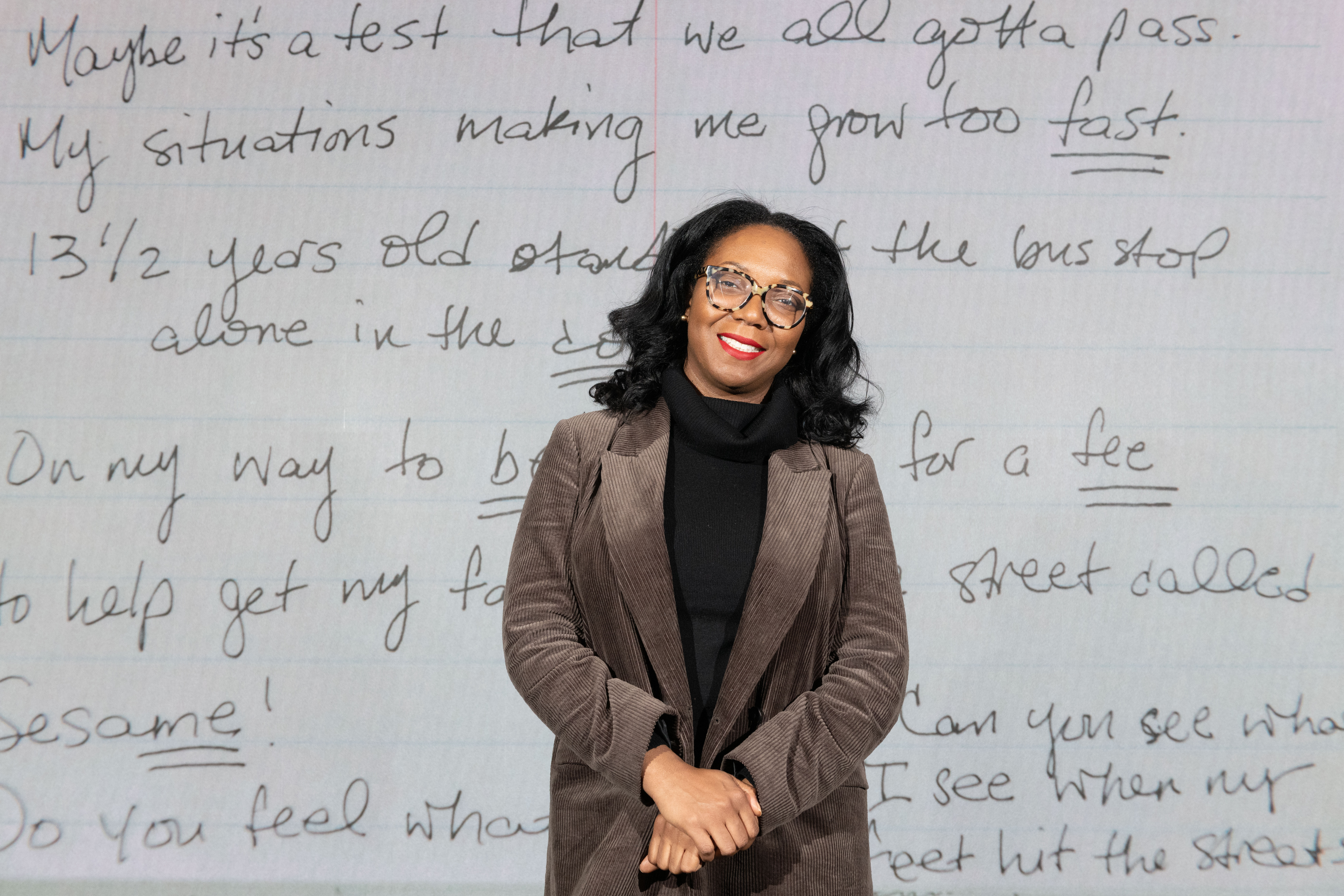 Focusing on African American expressive traditions, hip hop culture, and social justice STEM education, Joycelyn Wilson’s research and teaching encourage people to engage with the music, the art, and the overall innovation that drives the human experience, and to elevate their consciousness in the process.

She believes that her work is essential in providing information and experiences to students that enhance their capacities to make, think, and problem solve in ways that promote inclusivity and equity.

Wilson, who began her career as a high school algebra teacher, now feels humbled to witness growth in students from different backgrounds, and she credits the inclusive nature of hip hop culture for creating these pedagogical experiences.

She hopes to continue producing research and scholarship that expands the minds of students through publishing, teaching, programmatic support, outreach, and service. ­­