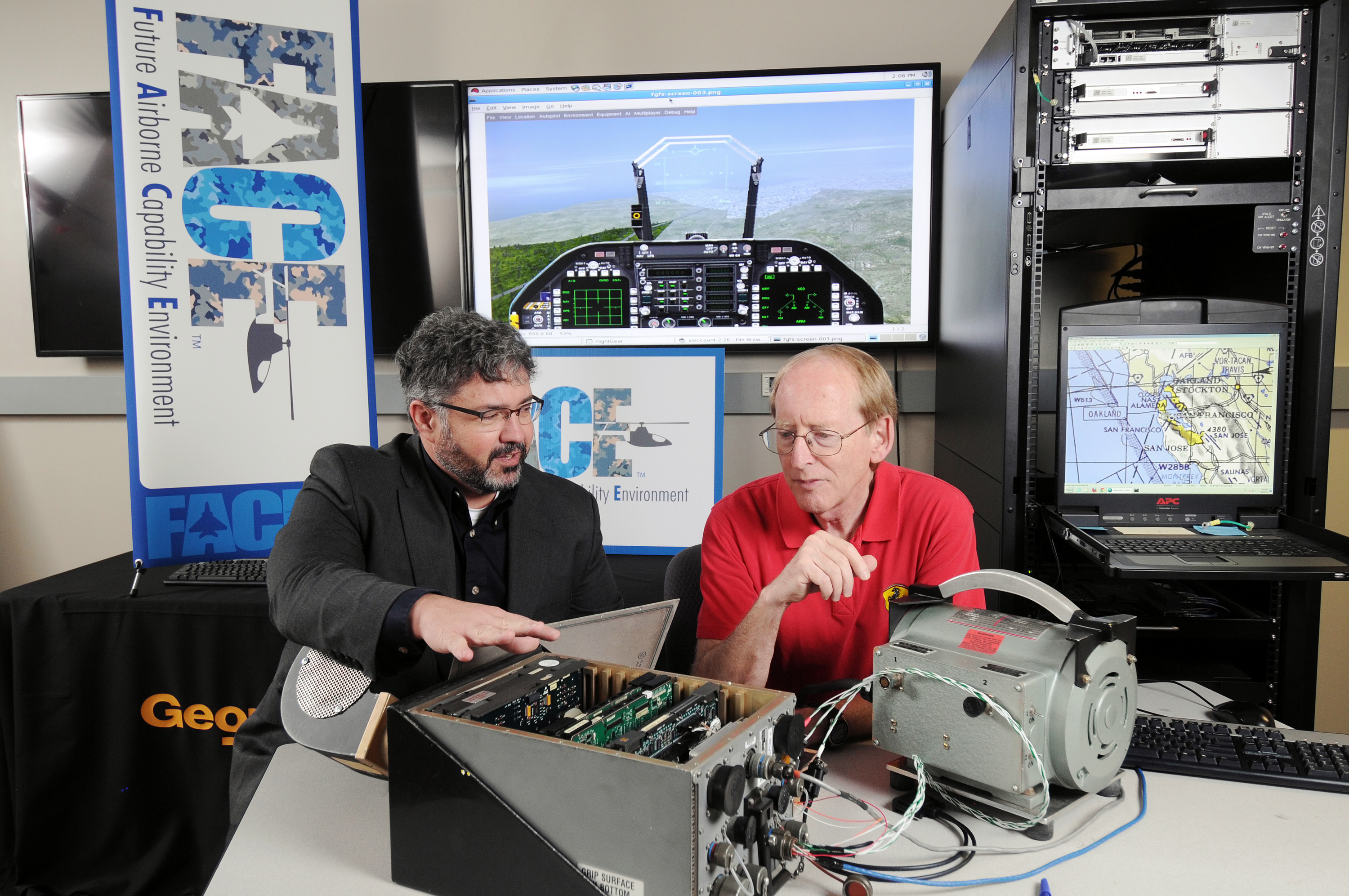 Researchers at the Georgia Institute of Technology are helping the U.S. military make key changes in how aircraft electronic systems, called avionics, are produced. The effort focuses on modifying the design of avionics software, especially the ways in which it interfaces with an aircraft's hardware and other software.

The work is part of the U.S. Navy's Future Airborne Capability Environment (FACE™) project. The Navy’s FACE team is working with the FACE consortium, a government, industry and academia consortium managed by The Open Group®, to develop a new technical standard that governs how avionics software communicates with other avionics software and hardware components – to control aircraft sensors, effectors and other mission critical systems to deliver warfighting capability.

"The FACE standard lets us streamline software production and software upgrades, which are vital for keeping U.S. pilots safe and delivering our military capabilities," said Douglas Woods, a research scientist leading the work at the Georgia Tech Research Institute (GTRI), Georgia Tech’s applied research arm. "In tackling this important work, we created a one-Georgia Tech team, uniting expertise from both GTRI and the School of Electrical and Computer Engineering.

“Basically, the FACE standard dictates how everything should fit together,” Woods said. “The FACE Technical Standard lets developers connect software and hardware in a uniform way, so that one software application can work with a variety of different hardware.”

The digital control portion of an avionics system is similar in some ways to the familiar personal computer, explained Woods, who is working on the FACE project with professor George Riley of the School of Electrical and Computer Engineering. That's because both computers and avionics use application software that runs on processing hardware; the application software communicates with the hardware via intermediary software known as an operating system.

Unlike a PC, however, the application software and operating system of an avionics system are very compact and robust for safety, security and performance reasons.

For decades, these embedded applications have been uniquely designed to work with the specific operating system and hardware components contained in a given avionics system. Thus, the application software embedded in an avionics device worked with that device only, requiring significant rework or redundant development when similar capability is needed on new hardware or different hardware from another source.

This specialized software has also resulted in software modification having to be performed by the company or companies that created the software/hardware combination in the first place, reducing the opportunity for future competition.

That's where the FACE concept comes in. The FACE architecture specifies that designers use application programming interfaces (APIs) that are essentially a standardized software layer that translates between the application on one level and the other software applications, the operating system and hardware at other levels. The result is that designers can readily modify application software, integrate it back into the system, and expect it to work.

"As long as you adhere to the standard software interfaces specified in the FACE Technical Standard, then changing the embedded application software to add capability to the system becomes straightforward," Woods said. "Any competent software engineer should be able to write an application that can talk to those interfaces, and that makes it possible to add in new capabilities quickly and easily."

Georgia Tech expects to be involved in tests that will demonstrate to the Navy the portability of capabilities using the FACE Technical Standard, he added.

Georgia Tech has been working with the Navy FACE team for more than two years on the development of software code that provides an interface built to the FACE standard. Vanderbilt University, which is also involved in the effort, is creating a software developers' toolkit and conformance tools to be used with the FACE Technical Standard.

"Our Georgia Tech/GTRI team has been successful in producing a FACE infrastructure prototype that is POSIX conformant and adheres fully to the standards developed by the FACE consortium," Riley said. "From a technical standpoint, this software can do the job that was assigned, which is to allow applications that conform to the FACE APIs to be interchangeable."

"The FACE initiative represents a major step forward in rapidly integrating new capabilities for a variety of airborne defense systems," said Capt. Tracy Barkhimer, program manager for PMA-209. "The FACE initiative has benefited greatly from NAVAIR's partnership with Georgia Tech and Vanderbilt. They have brought a wealth of knowledge and experience that has been vital to the validation and rapid maturation of the FACE Technical Standard." 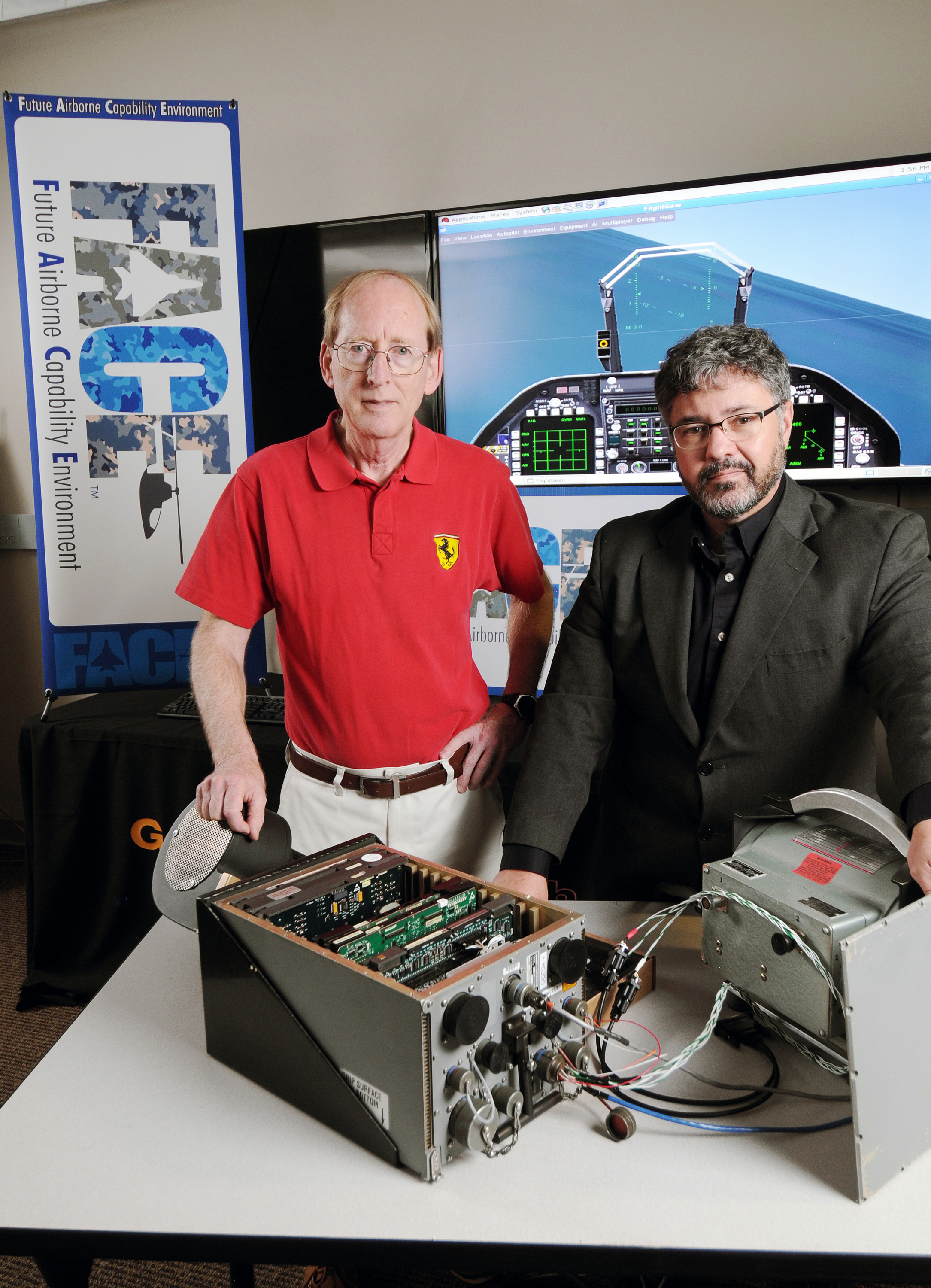